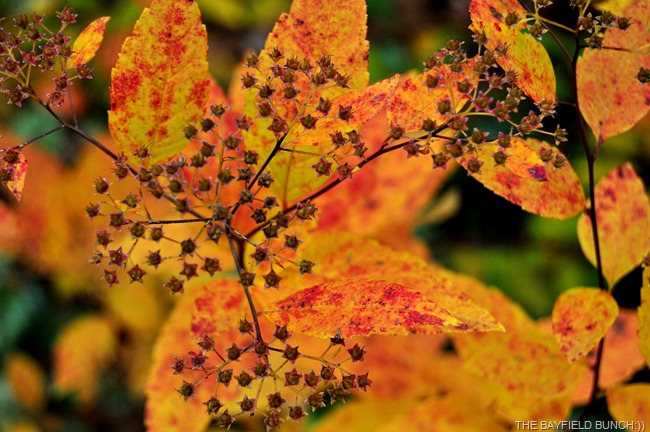 With the approaching inclement weather in a few days I figured it was best to gas up the rig now rather than later.  Pheebs, Motor and I headed off to Goderich and loaded up with $260.00 worth of fuel.  With McDonald's tempting us just across the road we turned our backs on that idea and instead I zipped into the mall beside the gas bar and got us Turkey salad sandwich for breakfast.  Happy little tummies all around. 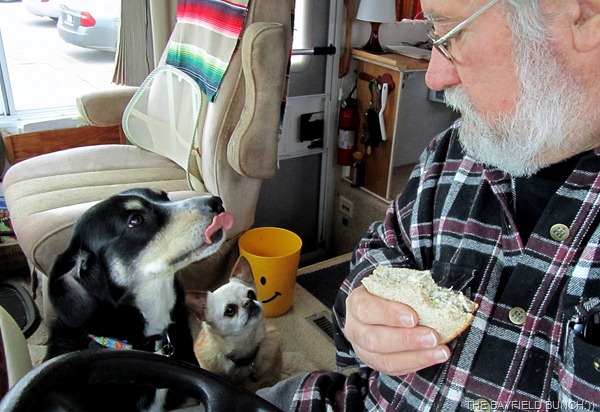 From there it was over to CTC (Canadian Tire) to have all the tire pressures checked.  A-OK.  Headed back to Bayfield for a stop at STORMRUNNER RV SALES AND SERVICE.   Our main bin door on the rig was not remaining up anymore and I suspected the gas shock was shot.  It was.  Had emailed Diane at Stormrunner earlier in the morning to see if they had those types of shocks in stock and they did.  Rolled into Stormrunner's and it took one of the fellows there all of about 3 minutes to replace the worn out shock and I was good to go.  Dianne hadn't met Pheebe or the Motormouse (Cora) before and after following our blog for the past 3 years she was anxious to to meet the guys.  Dianne and husband Harry usually head for Florida every year in one of their nice high end Carriage Fifth Wheels but this year they are breaking with tradition and heading West with a truck camper on their big new Ford dually.  Di had told me awhile ago that after reading our blog and seeing all the photos of our travels over the past few years she wanted to head West for a welcome change and see all that great scenery for herself.  Good for you Di and maybe we'll meet up with you guys somewhere in the Southwest for a good old dust and sage brush infested desert coffee somewhere:)) 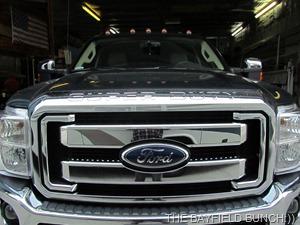 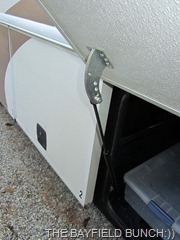 Forgot to mention a few things in Sunday night's post regarding Kelly being able to help a neighbour gain access to our blog site again.  A link in our Shout Box last week from Bob set the gears in Motion for Kelly in tracking down the culprit that was not allowing Monica's computer access.  I also mentioned it was a DNS problem and forgot to explain DNS.  I know how annoying it is when people put clusters of letters in their blogs and then expect everyone to know what they are.  You know, ROTFL, LMAOUISMP, PMPTIOD, etc.  DNS could have meant, Damn Nasty Soup or Disco Night Shuffle for all anybody knew.  Here's what DNS really means......WHAT IS A DNS SERVER.  Had an email this morning from Cindy in Ohio also saying she suddenly couldn't access our site so I have no idea what is going on.  A second email from Cindy said she tried it again later and all is well.  Just seems odd that this has never been a problem until the last couple of weeks. 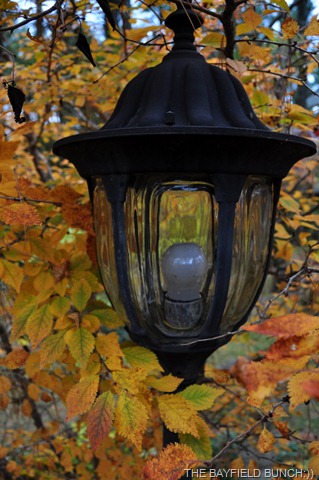 And I seem to recall a question from SAM last week wondering what porridge is.  I had mentioned having porridge for supper one night.  Some may remember these words from a Mother Goose Rhyme..."Peas porridge hot, peas porridge cold...Peas porridge in the pot 9 days old.  Some like it hot, some like it cold... Some like it in the pot 9 days old."  When I was a kid we always called porridge, porridge, but nowadays it may simply be known as a bowl of Oatmeal.  Whatever you call it, it's yummy with brown sugar and milk.....hot or cold:)) 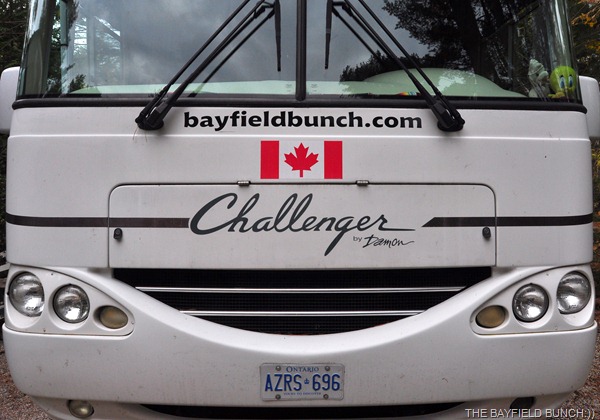 So reassuring this year to know we are heading out with all practically new tires on the rig.  We put two new front tires on the coach a year ago before heading south with the idea of replacing the 4 back tires this year before we left.  By the time we reached Flagstaff Arizona on our way home last March we knew we could not chance going any further with the rear tires in the condition they were.  Reluctantly, we pulled into a tire place and had 4 new tires put on.  I took a few pictures that day at the tire shop but I never posted the photos to the blog that night.  It was just one of those tired frustrating days.  Below are those pics I never published.  It sure tore the heck out of a $3000.00 bill:(( 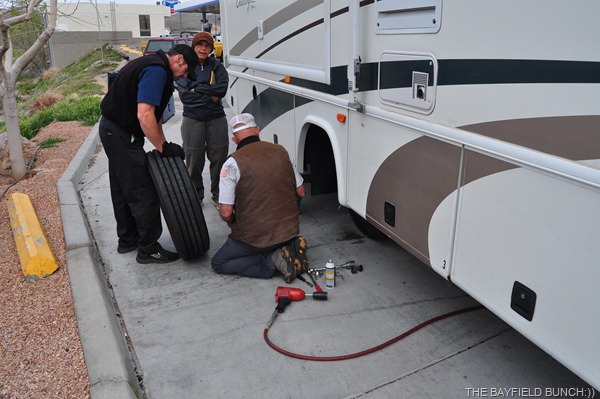 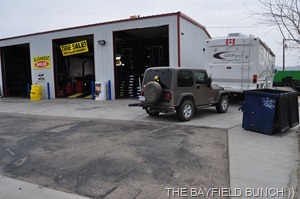 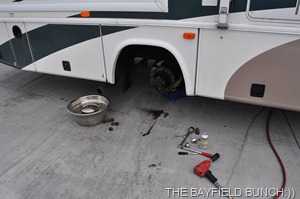 I especially liked the photos in JOHN AND BRENDA'S INCREDIBLE JOURNEY recently.  They trailered their horses from near Phoenix to a beautiful area of the Dragoon Mountains near Tombstone Arizona.  Kelly and I are familiar with the area where Brenda and John rode and camped.

Click on any of the following colored links and they will take you to my posts about each of these places we have been in and around the Dragoon Mountains.  We have hiked both COUNCIL ROCKS and the COCHISE STRONGHOLD nearby and driven over the MIDDLE MARCH PASS.  We have also Jeeped some ROUGH AND DUSTY TRAILS on the northeast side of the Dragoons ending up at the site of 5 Confederate soldiers killed by Apache Indians.  Spent 4 enjoyable hours at the GRAPEVINE CANYON RANCH nestled into the side of the Dragoons near the Cochise Stronghold.  Also visited 3 old western ghost towns on the east side of the Dragoons as well.  PEARCE, COURTLAND, GLEESON 1 and GLEESON 2.   And yep, I reckon we’ve been to TOMBSTONE a time or two as well.  Great historical area for sure and it was nice to see some familiar territory in John and Brenda's photos:))

I am so looking forward to heading for the Southwest once again and I will be so glad to have something else to write about other than this daily same old-same old routine sitting at home stuff.  This past seven and a half months have been such a loooooong haul.  Looking forward to those big west winds blowing all these old tired cobwebs out of my head again…………… 10-4:)) 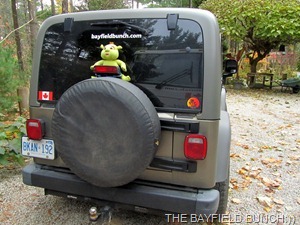 GROANER'S CORNER:((  The pastor had launched into one of his "Best Ever"messages. He was about half done, at the 45-minute mark and just getting to the "good part," when a member of his congregation died.
Rushing to his office, he dialled 911. When the ambulance arrived, the paramedics carried out 51 people before they finally got one who didn't wake up when they got him to fresh air.