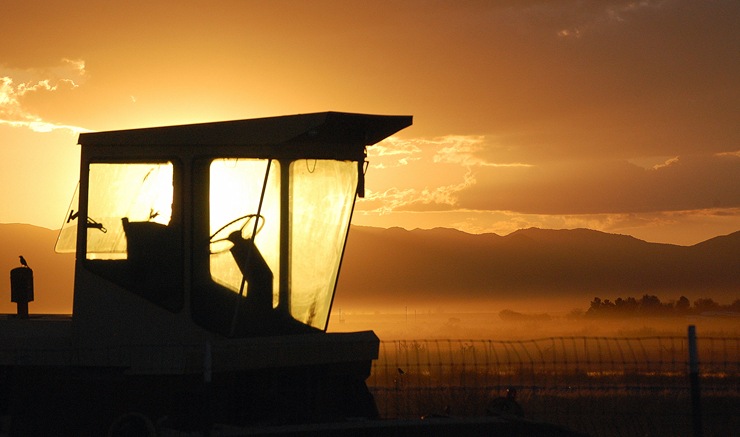 SUNDOWN AT THE RANCH TO-NIGHT

We ate ourselves up some dust this morning on the old Ghost town trail to Pearce.  We had heard there were a few old ruins left from an old mining town called Courtland along the dusty road east of another ghost town...Gleeson.  A few stone walls & old masonry is about all that is left amongst the prickly pear cactus & Mesquite trees.  One heavily constructed concrete building had iron bars on small high windows which made us wonder if it had once been a jail.  A long cement slab sidewalk fronted what must have been 6 or 7 stores at one time.  Only the low crumbling wall foundations are left showing through the low scrub brush.  I will post photos of Courtland in a later blog & will upload an album on to-day's short hike later this week.  Despite re-sizing my photos I am still reluctant to upload everything to our web album through our Verizon broadband because something is still chewing up our megabytes!!  I will wait until we get to the Elfrida LIbrary again. 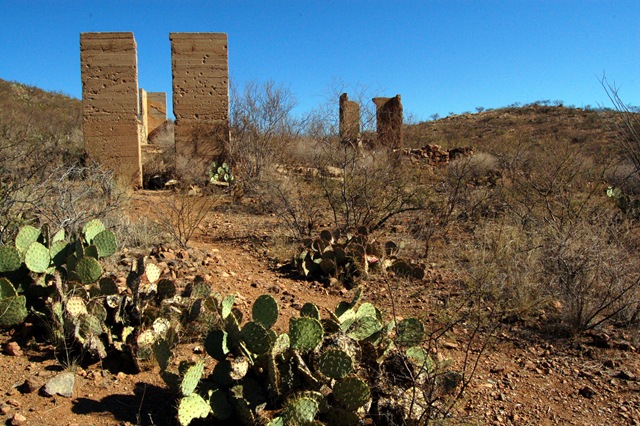 OLD RUINS IN THE GHOST TOWN OF COURTLAND

We rolled into the tiny community of Pearce just before noon.  The road runs right through town so we just pulled off to the side where people were scattered about looking at some old farm machinery.  There isn't too much in Pearce but what is there is interesting.  We had been to Pearce this past March & on that day we were the only ones on the street.  But, things were livelier to-day with Pearce's annual Old Pearce Heritage Days in full swing.  Vendors, music, colorful characters, old machinery, & best of all.....the old general mercantile store was open for viewing.  The inside of this store is a treasure trove of old artifacts.  I was very surprised when I walked through the front door to see the excellent shape this store was in & how every nook & cranny was tastefully filled with everything imaginable.  I was immediately attracted to the colors & the way the store was cozily lit.  Old lamps, dated china, glassware, clothes, showcases & shelves filled with history.  We have been through old stores before & I would say this one in Pearce is one of the best. 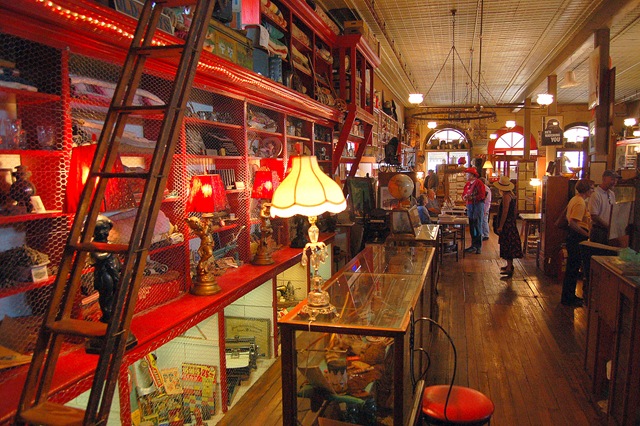 An small red & obviously antique machine sat by the road whirring & chugging with a wide belt turning a barrel like thing with a bunch of ice cubes inside.  It was a home made ice cream machine:))  Kelly waited nearly half an hour at this spot for the next & last batch of home made ice cream to be made.  In the meantime I wondered off & corralled myself a big double Texas hamburger.  Just finished that up when Kelly walked over with a cup of ice cream.  First time I remember eating home made ice cream & it was really tasty.  Kelly tried on some unique palm frond hats & finally found one on a seconds table for $10.  Live music in a small alley beside the old store had the old timers taping their toes. 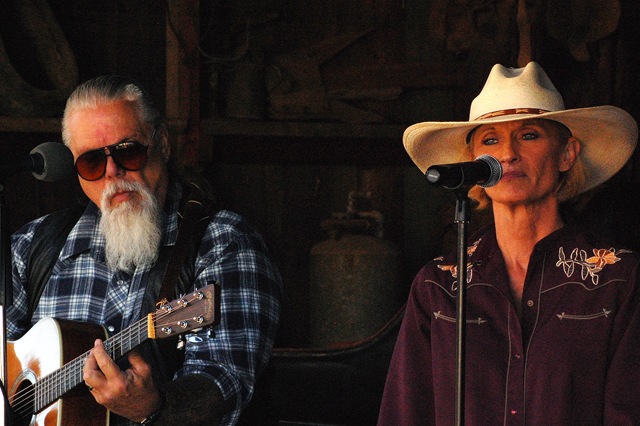 ENTERTAINMENT IN THE ALLEY

My enjoyment at these types of events is photographing things.  I enjoy candid photography & it's fun watching for people doing just ordinary things that people do.  The colors & merchandise inside the Mercantile Store also made for some interesting pictures as well as the old farm machines outside.   By the time we got home I had 3 camera's with 261 photos to download.  Takes me awhile to edit each & every photo in my Picasa photo editing program at the end of the day but I enjoy that just as much as taking the pictures.  It's a fun hobby for me.   It will take me a few days to get all my Pearce photos from to-day into an album & up onto the web but maybe, just maybe somebody from Pearce may stumble across our site some day & maybe even find themselves on the internet:)) 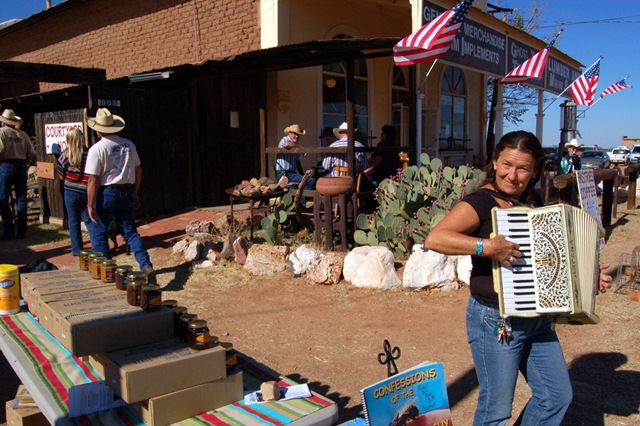 We were back to the ranch by 3 & it didn't take me long to get my feet up & get some zzzzzzzz's rolling.  It was a good day because we got to see some new scenery, scramble around some ruins, take a few pictures & just generally enjoy another fine sunny Arizona day.  And, of course it was another in a series of great sunsets:)) 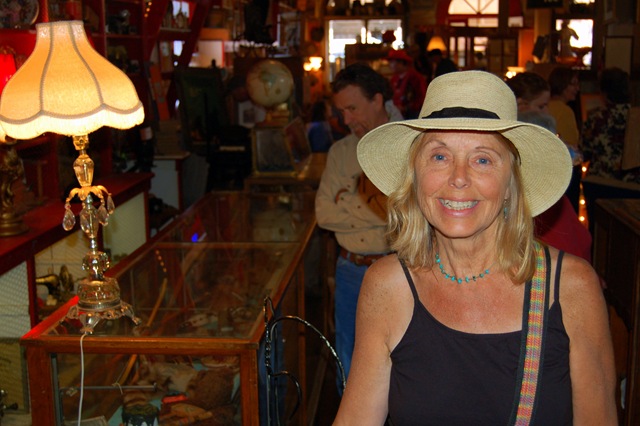 I THINK SOMEBODY’S PRETTY PLEASED WITH HER NEW HAT

GROANER'S CORNER:((  A hangover is the wrath of grapes.