A FEW PHOTO TIPS ON A QUIET SATURDAY 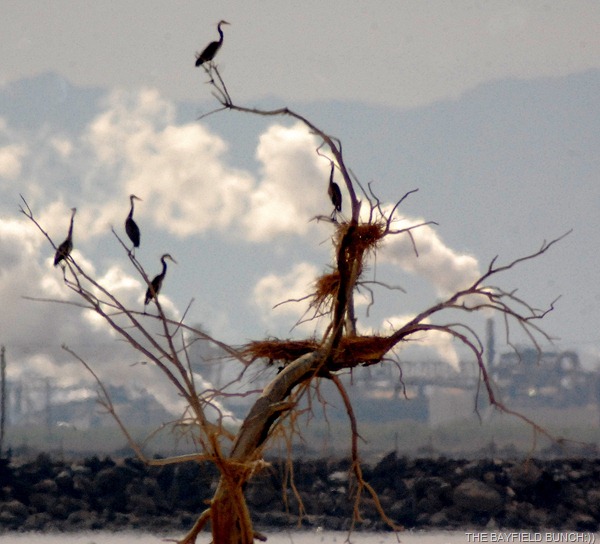 Had to draw on some of my file photos tonight. Other than the painted garden tools pic which I forgot to include in Friday’s post I just never got around to taking any pics today. Tonight’s photos are from February 6th last year when we were boondocked at the southeast end of the Salton Sea in California. IF YOU LOOK CLOSELY AT THE ABOVE PHOTO YOU CAN SEE THE FAR DISTANT TREE THE ?? WERE SITTING IN… 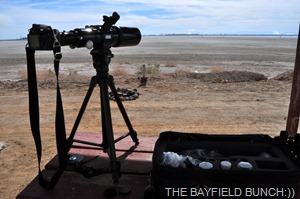 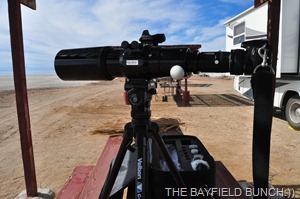 So nice to step out the door twice in a 24 hour period & see 2 different star filled night skies. Usually around 8 at night & again around 5 in the morning. (I have Pheebs to thank for getting me out at those hours:)) Two different times of the day & two entirely different night skies. The star & constellation patterns I see just before dawn will be the same late evening sky I will see in the summer months in Bayfield. Main constellation in the evening sky here right now is ORION, & the main star grouping I see high in the predawn sky is the BIG DIPPER. And, by the way, if you are outside after dark look straight up in the evening sky, the brightest object you will see with a slightly warmer color to it, is the Planet JUPITER. 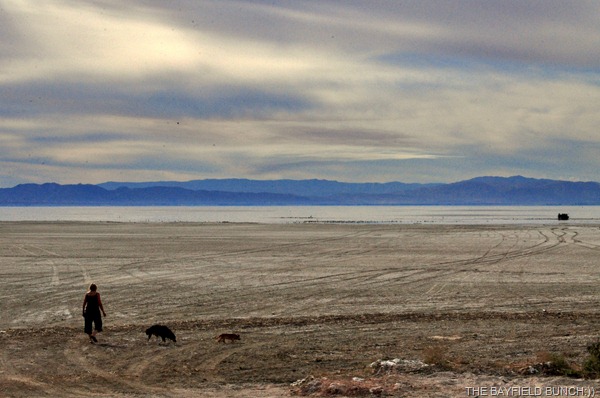 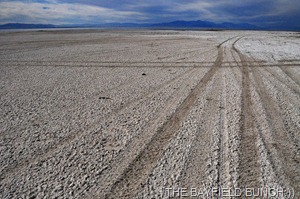 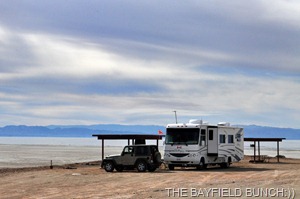 WE HAD THIS WHOLE AREA ALL TO OURSELVES 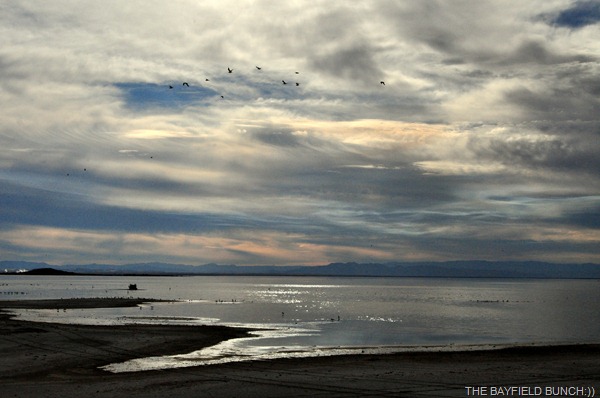 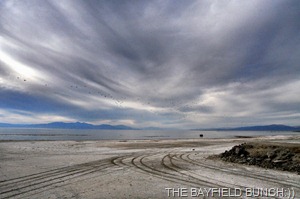 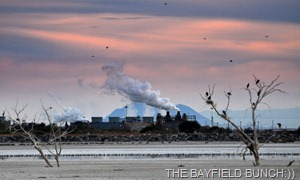 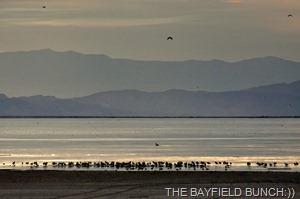 A year ago now, Kelly & I were in Slab City California.  It was our second time there & both times had to do with our solar system.  First time in 07 to have our system installed & a year ago to have a small problem solved & a fuse replaced.  Slab City is a place like no other & I’m glad we took the time to experience it.  If you have, or have not been to Slab City, you may or may not find a couple of my posts from there interesting… TOURING THE SUBURBS OF SLAB CITY & EAST JESUS SCULPTURE CENTER & AT THE EDGE OF THE SALTON SEA.  And, did you know that Slab city HAS IT'S OWN WEBSITE & a golf course called, GOPHER FLATS:)) 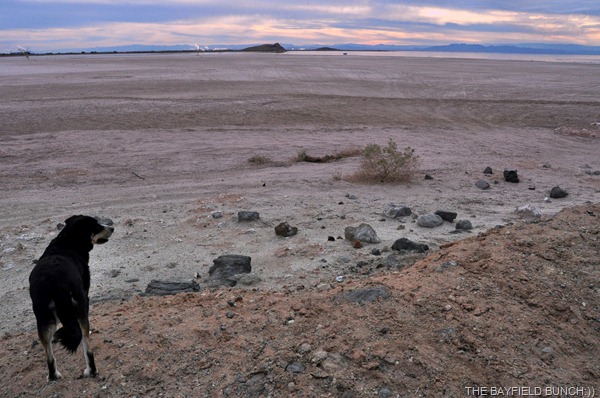 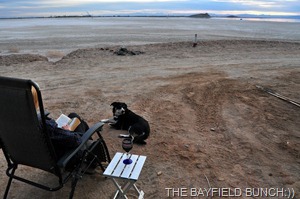 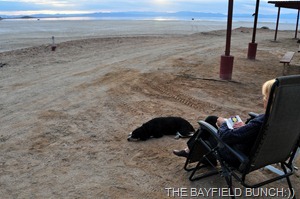 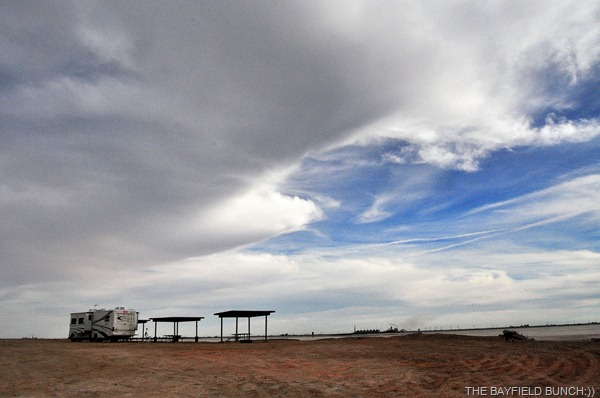 Had a question about Friday’s post in which a commenter asked how I get some of those bird photos.  I guess it is the old Boy Scout motto that first comes to mind.  ‘Be Prepared’.  First & foremost I never go anywhere without a camera.  On our morning walks I ‘always’ carry my Nikon D40 with a 75-300 zoom lens on it.  I do not carry it in a camera bag & I do not ever have a lens cap on the lens.  Photo opportunities happen too fast to be bothered hauling a camera out of a camera bag, coat pocket, or fumbling with a lens cap.  If you have to do that, chances are good your photo opportunity has long since flown, fluttered, or scampered away. My camera is always slung round my neck & right shoulder.   Camera is always turned on & the Friday’s Coyote photos are an example of that.  The Coyotes came upon us fast, darting across & down the road.  I got off 4 quick shots & they were gone. 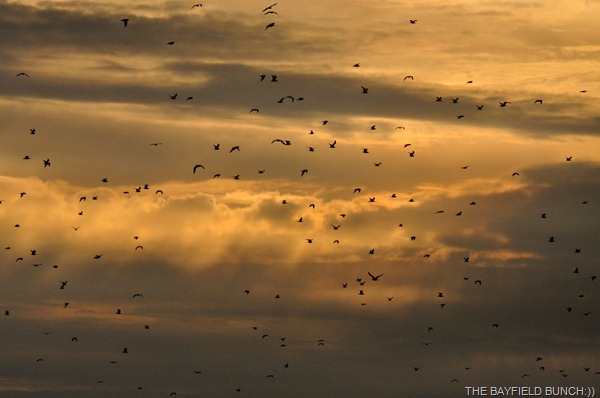 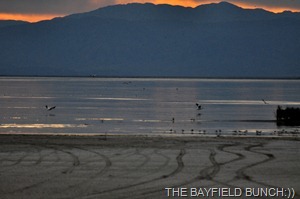 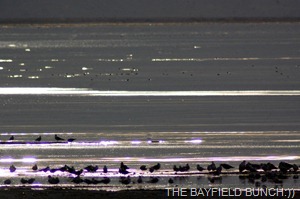 Early morning light can be pale so I set the ISO rate on my D40 to either 800 or 1600.  Moving objects require a high shutter speed to stop the motion & prevent blurring.  Especially bird’s wings. 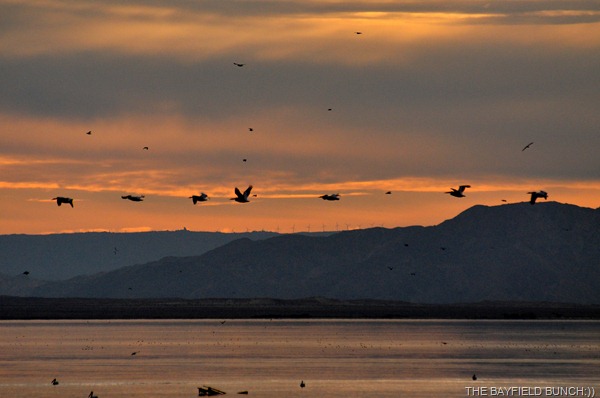 A PELICAN FLY BY

After dawn & around dusk are generally good times for moving animal or bird photos.  I also have my D40 set to focus on the center of the frame only.  It’s called Spot Metering.  The camera only has to read & calculate the center portion of the frame, so the Auto Focus is quick.  The Red Tailed Hawk is an example of that.  I saw this fellow flying across a rocky ridge from right to left.  I picked him up dead center in my viewfinder, locked in my focusing & panned along following him waiting for an opportunity to fire.  He was blending into the rocky background so I was waiting for him to soar upwards where I could catch a bit of open sky behind him, but he slowed, turned suddenly, & at the instant I saw the tail feathers flair for a landing.  My auto focus still had him locked in & I fired.  I hit him 3 times in a couple seconds but the photo in the blog was the best shot.  I cropped the bottom of the photo so as not to present the subject dead center in the frame. 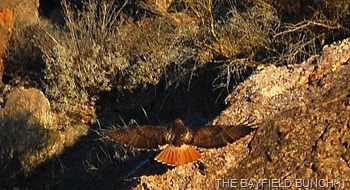 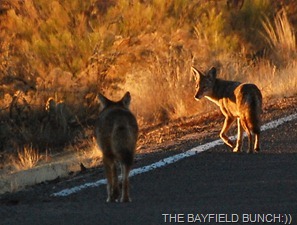 AS EXAMPLES, THESE ARE THE 2 PHOTOS DISCUSSED 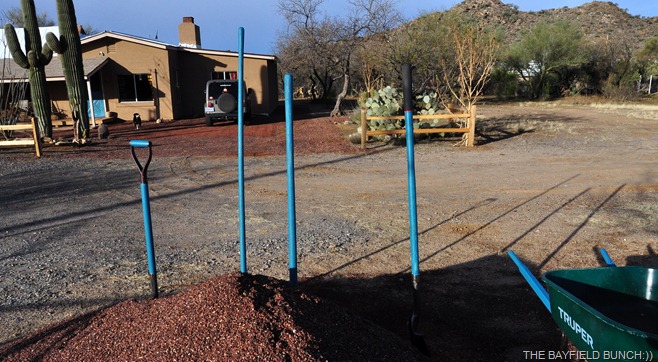 Something else I have learned with birds, bunnies, deer, etc is that if you can quickly get a focused bead on on your target, fire fast & get that first shot logged in.  Chances are your subject is going to move by the time you re-position yourself & get your second shot composed.   But at least you have captured an image with that first fast shot.  It’s the second or third or fourth shot that, if the subject is willing to sit & pose long enough, can be the one ending up being the one you like best.  Or, you may have to go with the only shot you got.  But at least you have ‘something’.  Very rare for me to take more than 3 shots of anything unless it’s moving.  I just don’t have the patience to fiddle with the camera most times, trying different angles, lighting, etc.  Wished I did, but I don’t………………

Not one of my more productive days.  Just couldn’t quite seem to get myself out of first gear.  Puttered around a bit doing things in the Motorhome & that was about it.  Think I may have even nodded off a time or two in my recliner.  Leg continues to improve:)) 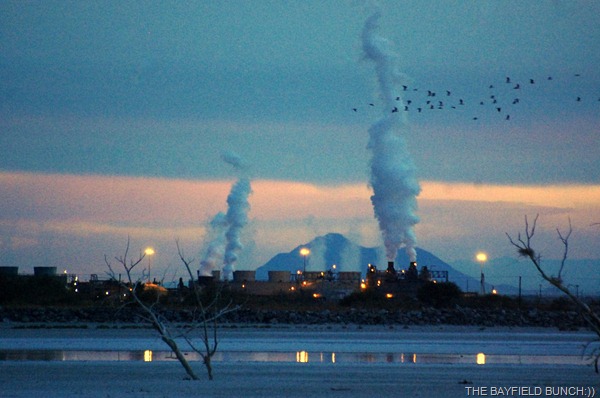 GROANER’S CORNER:((  Three sisters ages 92, 94 and 96 live in a house together.
One night the 96 year old draws a bath.. She puts her foot in and pauses...
She yells to the other sisters, "Was I getting in or out of the bath?"
The 94 year old yells back, "I don't know. I'll come up and see."
She starts up the stairs and pauses "Was I going up the stairs or down?"
The 92 year old is sitting at the kitchen table having tea listening to her sisters.
She shakes her head and says, "I sure hope I never get that forgetful," she knocked on wood.
She then yells, "I'll come up and help both of you as soon as I see who's at the door."