LOOKING BACK ON 6 DECEMBER 1RSTS 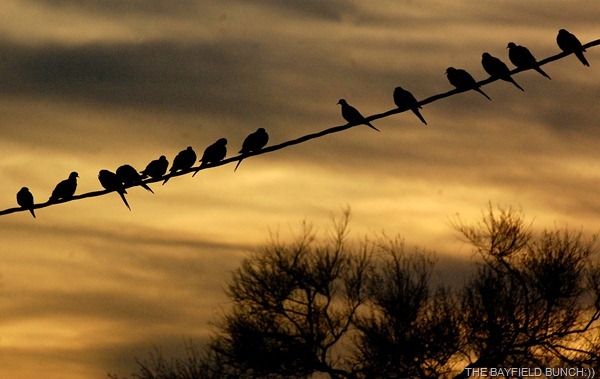 I am missing the Moon.  When Pheebs & I slipped outside last night I had to quickly step back inside & grab a flashlight.  Somebody had turned off the Moon.  With our surroundings bathed in moonlight this past week or so it was easy to see & keep track of the Pheebs.   But, not so much now with no Moon.  The up side of no Moon is dark skies & millions of sparkling diamonds overhead once again:)) 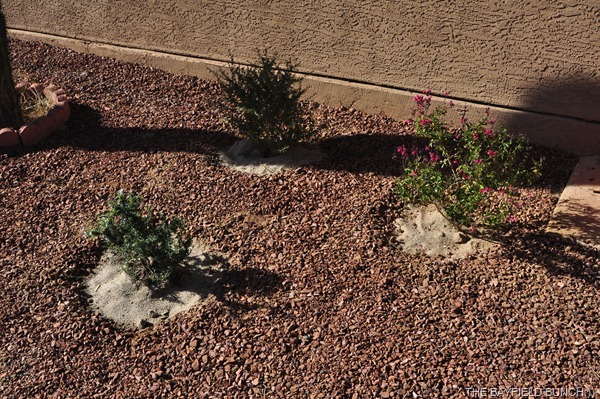 JEAN & SKIP’S ROSEMARY PLANT, A VALENTINE PLANT & A SALVIA ON THE RIGHT

We had heard of a garden center on the south end of Wickenburg. That was our destination this morning. Nice place with lots of desert plants, but I was discouraged at the prices of everything.  Our hometown in Bayfield Ontario is a very popular tourist place. Same thing in Wickenburg. Because of that tourist label & Wickenburg’s old west lure, prices can be high.  Some days, $1.49 seems expensive to me. Today was one of those days.  We left empty handed.  We’ll just have to get out & hit more Saturday morning garage sales looking for prickly green stuff I guess.

NOT FAR FROM OUR HOUSE ARE THESE TWO BIG WATER TANKS & THIS IS WHERE THE WATER FOR MY DAILY MORNING SHOWER COMES FROM…GOTTA LOVE A STICKS & BRICKS LOOOONG HOT SHOWER:))

It was one month ago today we arrived in Congress & I’m happy to say my big property clean-up job is about 95% complete.  Just a little raking & wheel barrowing left & that’s it for now.  We pretty well have everything we need for the house but not everything we want of course.  Sound familiar?? 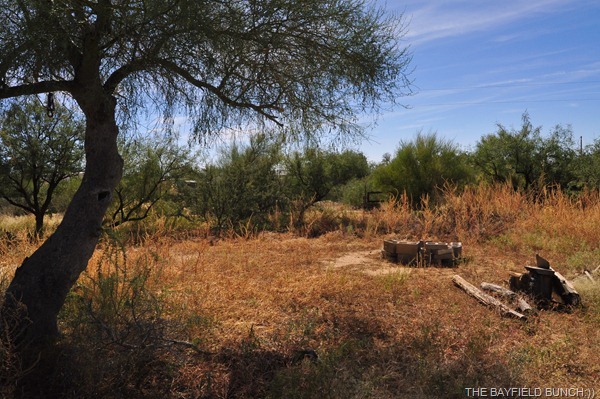 ALL THESE BROWN WEEDS & GRASS ARE GONE NOW & THE YARD IS CLEAR:))

A year ago at this time we were happily boondocking on Darby Wells Road near Ajo, & it was a year ago today we had ourselves a ROUGH & TUMBLE DRIVE IN ARIZONA'S CABEZA PRIETA 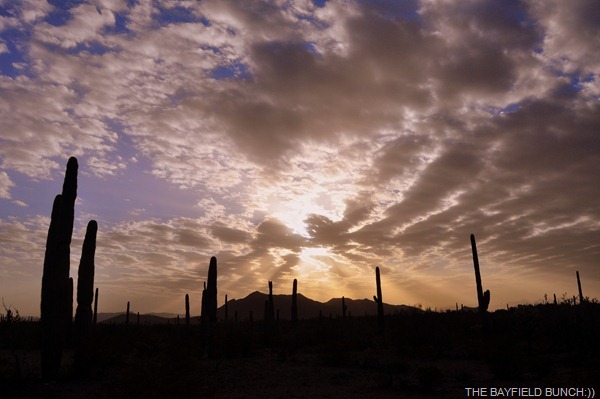 Two years ago we were staying at the Ranch in McNeil & were out on a DRAGOON MOUNTAIN Jeep tour to the Cochise Stronghold.  Jeeping with Ranch owners Jeanie & Ray along with friends Rosanna, her Mother Carol, & Rosanna’s daughter, Joy.  We wound up that day visiting the graves of 4 Confederate soldiers at Dragoon Springs station. 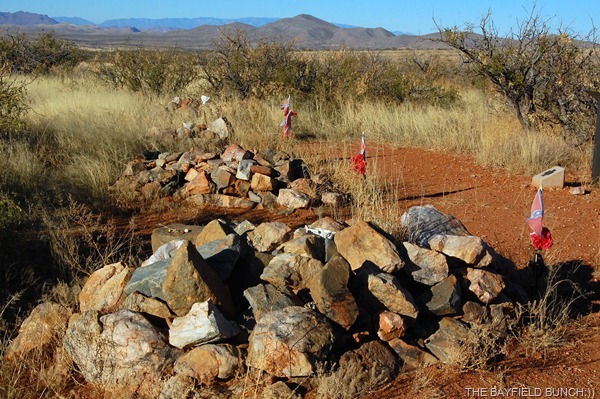 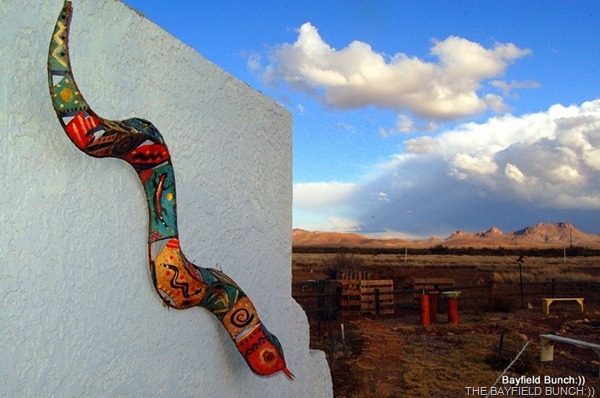 Four years ago today we were poking around in the dusty time forgotten little old western town of PINOS ALTOS NEW MEXICO.

And, 5 years ago today we were wrapping up our LAST DAY at Dead Horse State Park near Cottonwood, Arizona. 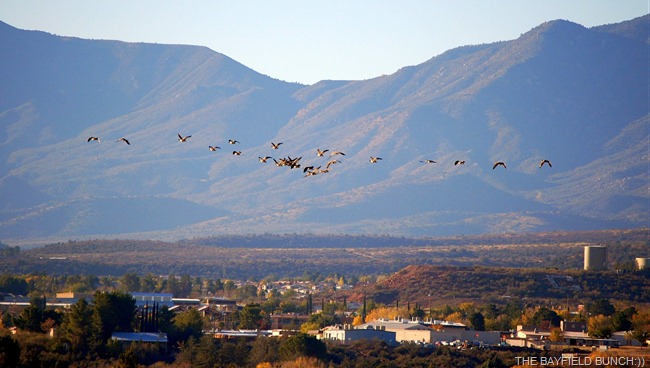 And lastly, 6 years ago today I haven’t a clue as to what we were doing except to say we were at home in cold & snowy Bayfield Ontario anxiously waiting with our truck & fifth wheel to get ourselves on the road for our first Snow Birding season.  We left December 15th & spent our first Christmas on the road in Columbus New Mexico…..sitting on Santa’s knee. 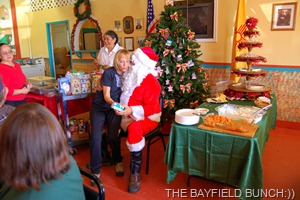 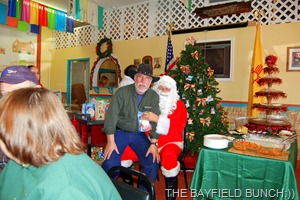 I wasn’t on Blogger until the fall of 07 so my posts from 06 to 07 on ‘My Space’ are not publicly available. 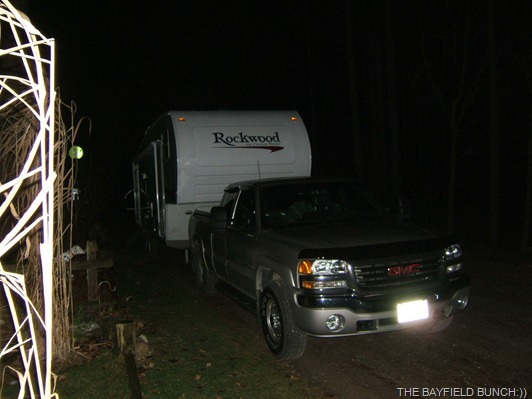 GROANER’S CORNER:((  A city man was forced to take a day off from work to appear for a minor traffic summons. He grew increasingly restless as he waited hour after endless hour for his case to be heard. When his name was called late in the afternoon, he stood before the judge only to hear that court would be adjourned for the next day and he would have to return. "What for?" he snapped at the judge.
His Honor, equally irked by a tedious day and the sharp query, roared, "Twenty dollars contempt of court. That's what for!" Then, noticing the man checking his wallet, the judge said, "It's all right. You don't have to pay now."
The young man replied, "I'm just seeing if I have enough for two more words!"