A LOOK BACK TO OUR BORREGO SPRINGS CALIFORNIA SLOT CANYON HIKE

A recent rock slide has closed the slot canyon in Buttes Pass near Borrego Springs, California.  Kelly and I along with a friend of ours hiked this slot canyon back on December 23rd of 2007.  The fellow with the straw hat in many of the photos is Butch, our friend and guide.   Butch is a native Californian.  You can read about our tight-fitting clamber that day here at The Borrego Slot Canyon Hike.  There are only 3 photos of that hike in the blog post and I had put the rest in a photo album.  That photo album was lost when Google made some major changes years ago so I have once again gathered together the photos of that day and put them in a new album here at Blog Canyon Slot Canyon Hike if anyone is interested.  It's been a long time since I last put a photo album together and I had quite a time with myself today trying to remember how to do it.  And try as I did I just couldn't figure out how to caption each of the photos but I was able to add some text. 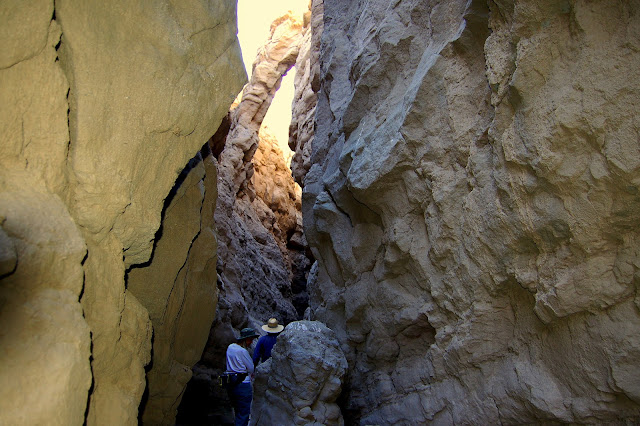 We had a few dapples of sunshine earlier this morning and heavy on the word 'few'.  Roads were bare and dry with most of our recent snowfall gone.  A short drive into Bayfield where Pheebs and I got ourselves out for a cemetery walk.  And that pretty much sums up the day.  My afternoons have blended into being all the same and that's winter for us now here in this cold climate.  Oh, how I long for those good old days in the southwest walking the desert floor every day, rock scrambling, jeeping along rough and tumble mountain and desert roads, changing locations every few weeks, revisiting old haunts, and exploring new areas we had never been to before.  Quite a contrast to our now sedentary winter's lifestyle in Bayfield.  Oh well, it is what it is.  Maybe next winter if we can pull off a minor miracle, we can saddle up and head ourselves south once again:))GROANER'S CORNER:((  This guy was watching TV as his wife was out cutting the grass during the hot summer. He finally worked up the energy to go out and ask his wife what was for supper.  Well, his missus was quite irritated about him sitting in the air-conditioned house all day while she did all the work, so she scolded him. "I can't believe you're asking me about supper right now! Imagine I'm out of town, go inside and figure dinner out yourself."  So he went back into the house and fixed himself a big steak, with potatoes, garlic bread, and a tall glass of iced tea.  The wife finally walked in about the time he was finishing up and asked him, "You fixed something to eat? So where is mine?"  "Huh? I thought you were out of town." 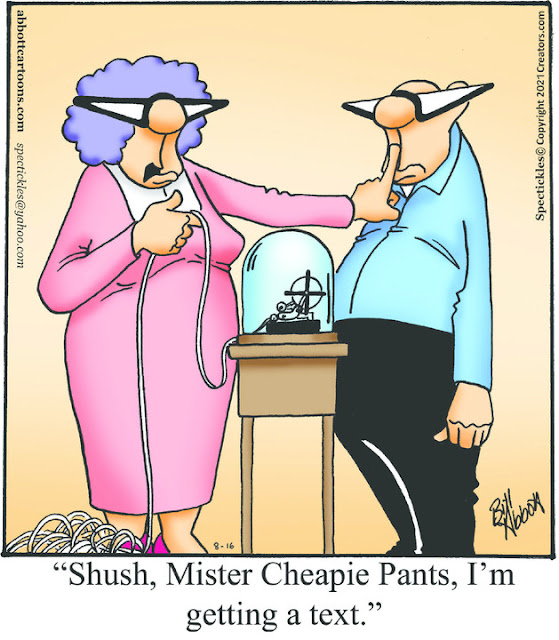 To maintain an open mind is extremely difficult but it is the only way to search for ultimate knowledge.