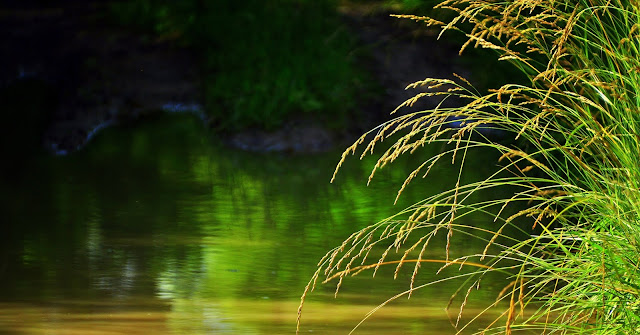 It was cool enough for me to put on a long sleeve flannel shirt over top my short sleeve shirt and that was quite fine with me.  That cooler air helped keep the horrid Deer Flys down to a dull buzz.  A walk through some woods to see an old abanded travel trailer and we were home again before 10.  Luckily, fresh from the doggy groomer a couple days ago, Pheebs didn't find and roll in any big fat juicy cow pies.  Is that not the way things generally happen. 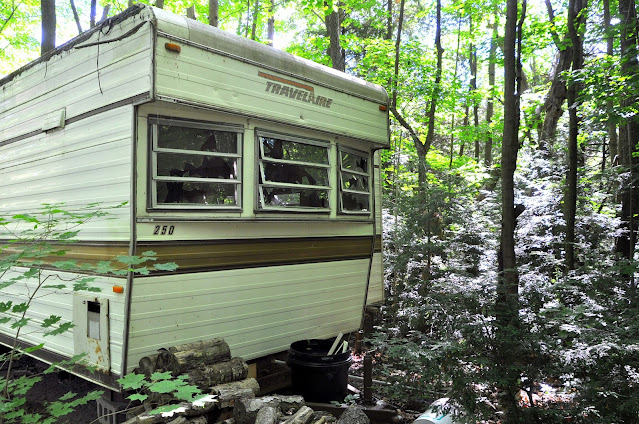 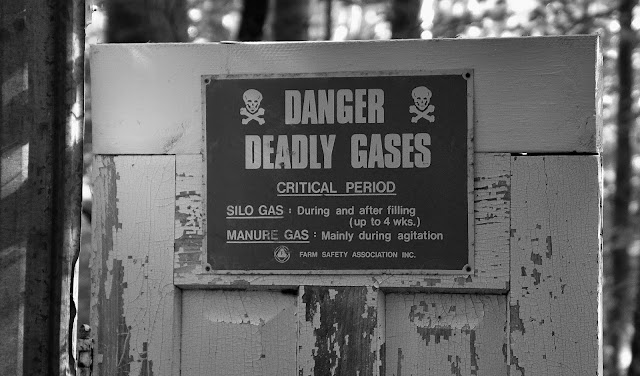 Reading about my lawnmower blade woes in a recent post our good friend Bruce dropped around this afternoon to have a look at the problem.  Unlike my mind, Bruce has one of those analytical handyman minds that is good at figuring out problems and he soon determined the mower blade had a slight burr at the shaft hole preventing the blade assembly from fitting correctly.  He took the blade home, worked his magic on it, and returned.  He installed the blade and hubba-bubba the mower is working fine again.  And he even sharpened the blade.  Now instead of the mower blade just knocking the blades of grass unconscious, it actually cuts them right off.  Imagine that eh:))

I recently wrapped up 3 more books pertaining to the whole UFO phenomenon.  'Into The Fringe' by Dr. Karla Turner, 'Making Contact' by Alan Steinfeld, and 'Extraterrestrial: The First Sign of Intelligent Life Beyond Earth' by Avi Loeb.  I found this last book too technical and way over my head.  Interesting reading for an engineering scientific mind but that certainly isn't me. (I'm still at the Dick and Jane level) With the books I have read these past 10 months there are certain names that often pop up and one of those names has been Nikola Tesla (nothing to do with the car) so I read his autobiography, 'My Inventions'.  This man had a truly remarkable mind and was ahead of his time.  Following up on the recently released Pentagon UFO/UAP disclosure I have an additional two links worth reading for anyone interested.  The Unexplained Phenomenon Of The UFO Report and Some UFO Believers.  It's all very interesting stuff for me but not so much for most other people I know.  However, I think the tide is slowly beginning to finally turn and the latest Pentagon report may help with that.  Although the report was not as revealing as I hoped it would be it at least was a step forward in the right direction of realistic thinking, and credible believability. 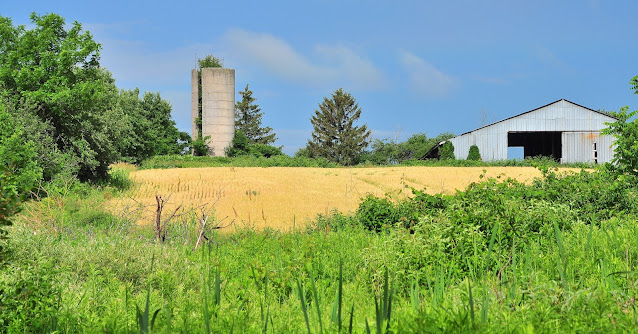 Deciding to take a refreshing short break from my recent brain-straining books on ET's, UFOs, and things that go zoom in the night, I have decided to seek needed reprieve with an author I haven't read for a few years.  I'm talking about Bill Bryson of course.  I like Bill's laid-back style of humorously informative fact-based writing.  Easy-going, entertaining, and relaxing.  Just the break my brain-straining grey matter was looking for.  Having already read Bryson's 'A Short History of Nearly Everything', 'The Road to Little Dribbling', Our Summer: America 1927', and 'The Life and Times of the Thunderbolt Kid', I now embark upon 'The Body: A Guide for Occupants'.  Wish me luck:)) 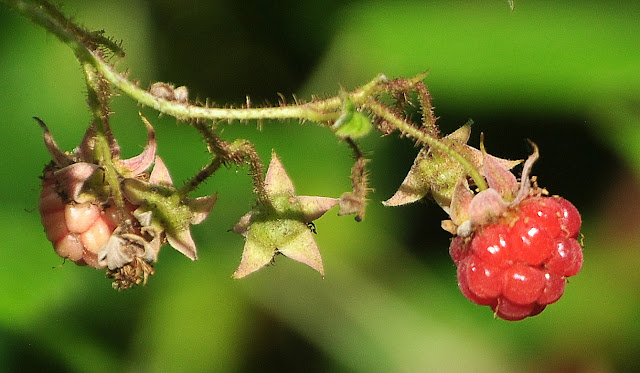 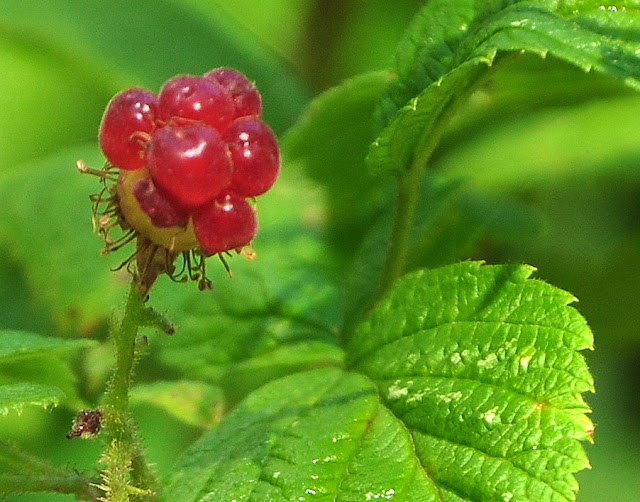 And it was one year ago today all three of us piled into the Jeep and headed for somewhere near Simcoe Ontario.  Despite my explicit driving directions, I managed to get ourselves lost and we ended up having to make a phone call to a stranger to get ourselves back on track.  That stranger met us at a certain point and we followed him to our destination.  You can read about that day right here at Okay, Guess What Us Bums Bought Today 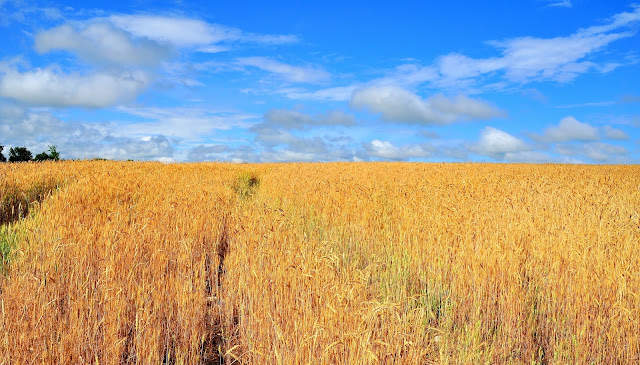 GROANER'S CORNER:((   Words to live by:A TV can insult your intelligence, but nothing rubs it in like a computer.I tried to get in touch with my inner child, but he isn't allowed to talk to strangers.I have to take my paycheck to the bank.  It's too little to go by itself.I must be following my diet too closely.  I keep gaining on it.Whenever I'm in a mood to watch the world go by, I just keep to the posted speed limit.Don't sweat the petty things and don't pet the sweaty things.If man evolved from monkeys and apes, why do we still have monkeys and apes?
--------------------------

People say that money is not the key to happiness...But I always figured if I had enough money I could easily have a key made. 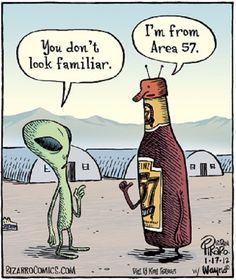 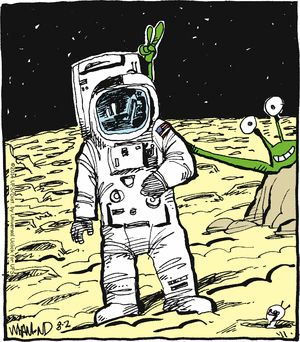 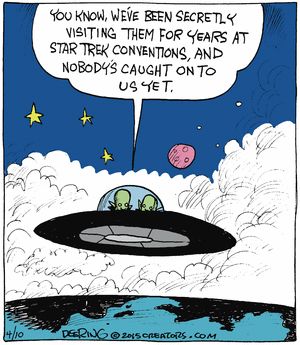