How nice to not only see but to hear as well the dripping and melting of ice and snow today.  Above freezing temps and sunshine joined forces to tackle Winter's menace.  Having driven our two vehicles through the snow all winter our whole driveway is now a hard-packed patch of treacherous uneven ice.  I think if we're still stuck here next winter we'll have to look into getting someone with a  snowblower to keep our driveway clear.  Back in the winter of 04/05 I bought a brand new snowblower but hated the damn thing.  Only used it maybe 3 times and sold it.  Been hand-bombing the snow ever since. 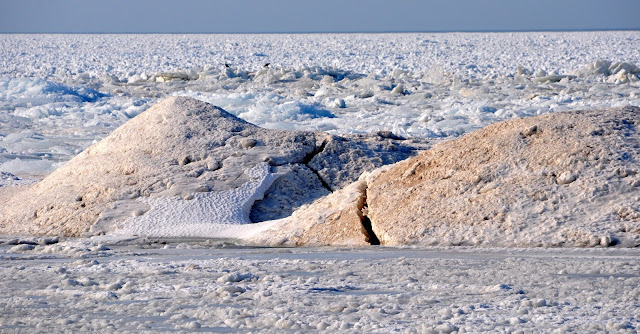 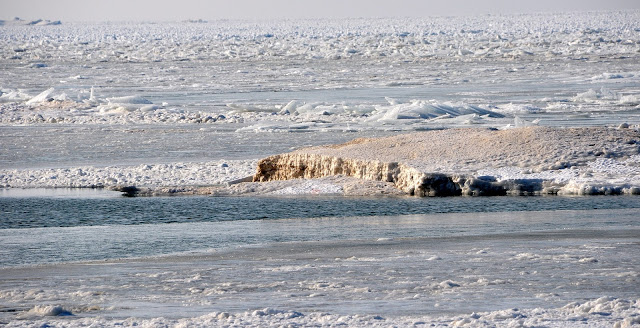 Anxious to see what was underneath the lump of mud I have been driving around in lately I stopped at a Goderich car wash earlier today and was glad to find out I was still driving our Jeep Liberty. 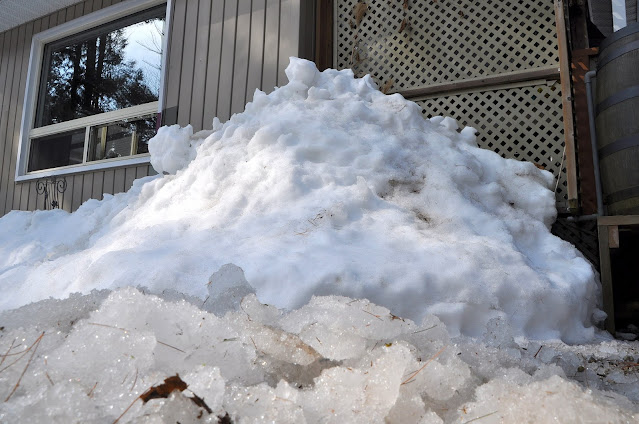 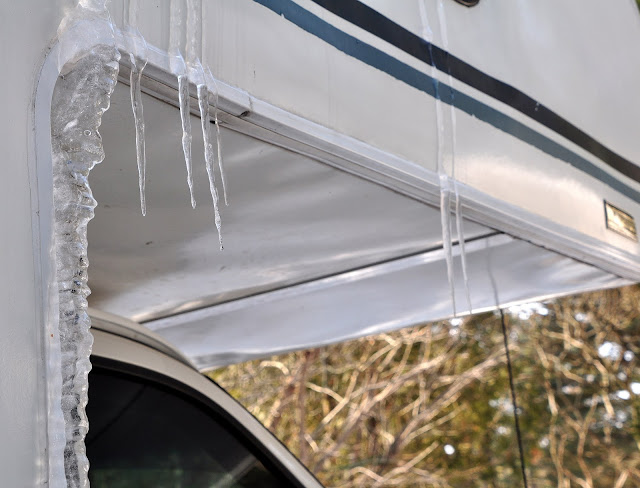 In response to my Tuesday post, a commenter in the Shout-Box wondered how I had lost my original teeth.  I was one of those people who never had good teeth, even as a kid.  I was plagued with toothaches for years and after a blind-sided knuckle sandwich removed one of my front teeth outside a bar one night, I decided a few years later it was about time to do something about my problematic teeth.  Had them all extracted in the Stratford Ontario hospital back in 1981 and went the full denture route.  It's a decision I have never regretted.  Haven't had a toothache or been strapped into a torturous dentist chair for forty years.  And that alone is worth a big 'Yahouie Louie':)) 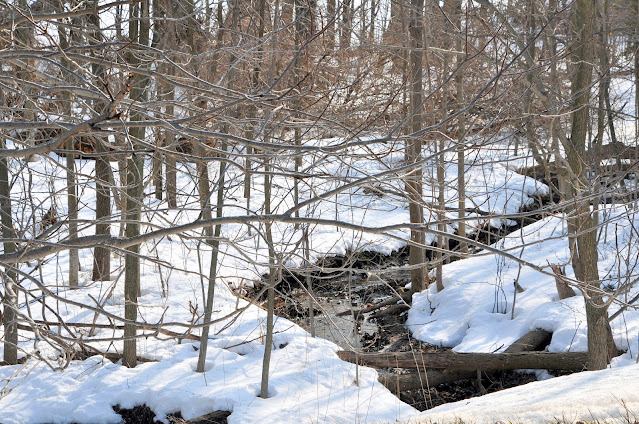 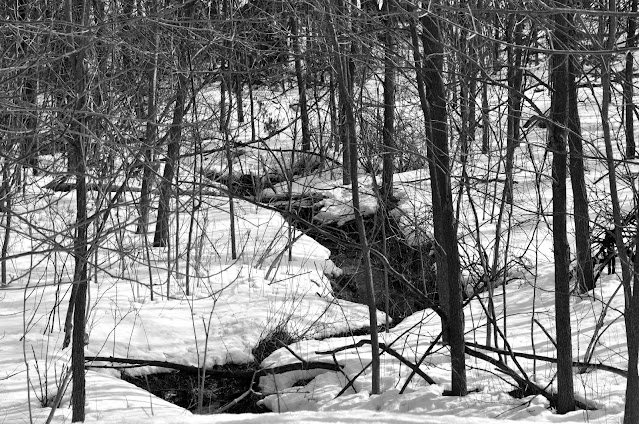 I remember last week a commenter asking about where all the salt goes from the Goderich Salt Mine.  {The rock salt produced at the mine is used to keep citizens in North America safe as they travel through winter snow and ice.  The salt is shipped to hundreds of communities around the Great Lakes and along the St. Lawrence seaway.  It is also used in deicing products, water care, and animal nutrition.  Also used as culinary salt} 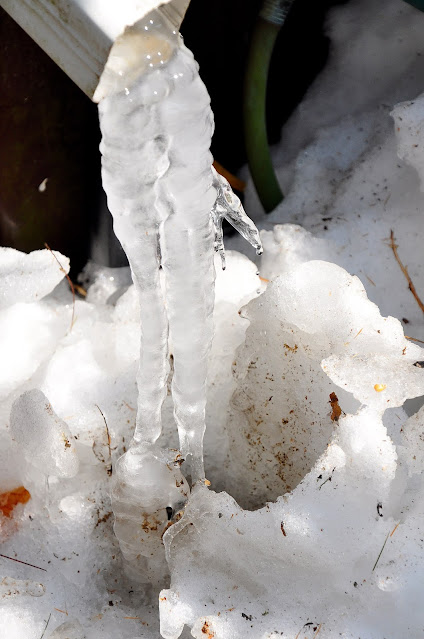 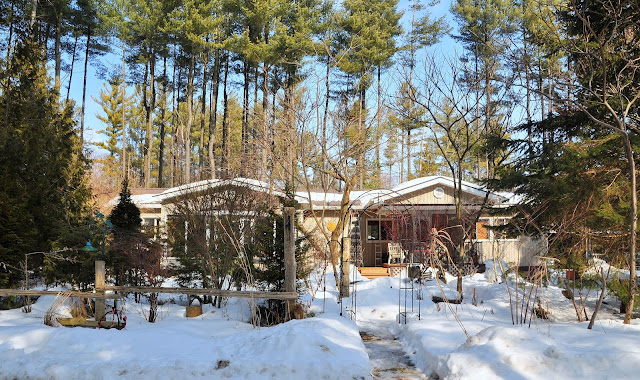 Having just washed the Jeep I didn't want to take it on the muddy new bush roads here in the Park so Pheebs and I tried tramping through the snow around the Park's pond.  I was hoping the snowpack had gone down enough to make it doable.  And it had.  Having access to our Park's forest via our old tried and true 18-year pond route once more makes our afternoon walks doable again.  Well, unless we get another big dump of snow that is. 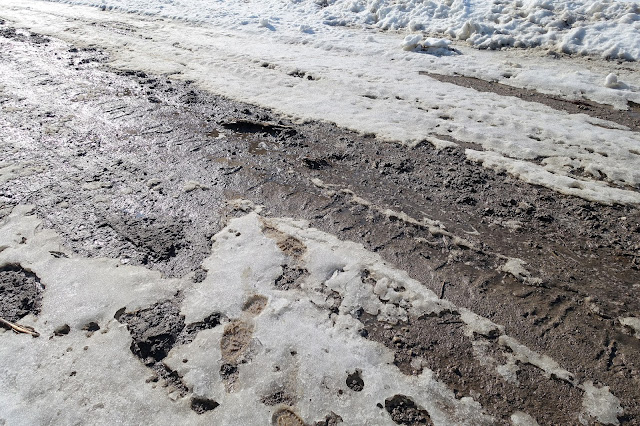 And 6 years ago today I just kind of puttered around outside our Congress Arizona house. 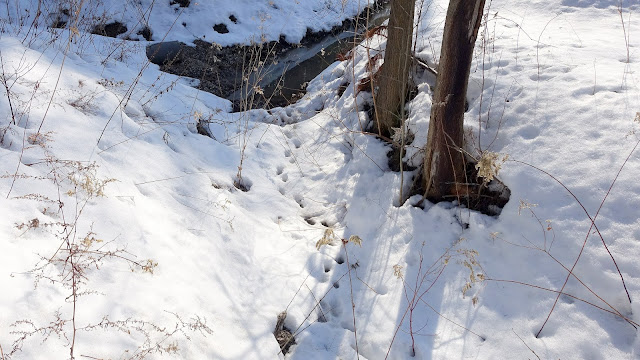 GROANER'S CORNER:(( "How was your golf game, dear?" asked Jack's wife.  "Well I was hitting pretty well, but my eyesight has got so bad I couldn't see where the ball went."  "Well you're 75 years old now, Jack, why don't you take my brother Scott along?" suggested his wife.  "But he's 85 and doesn't even play golf anymore," protested Jack.  "But he's got perfect eyesight. He could watch your ball," his wife pointed out.  The next day Jack teed off with Scott looking on. Jack swung, and the ball disappeared down the middle of the fairway.  "Do you see it?" asked Jack.  "Yup," Scott answered.  "Well, where is it?" yelled Jack, peering off into the distance.  "I forgot." 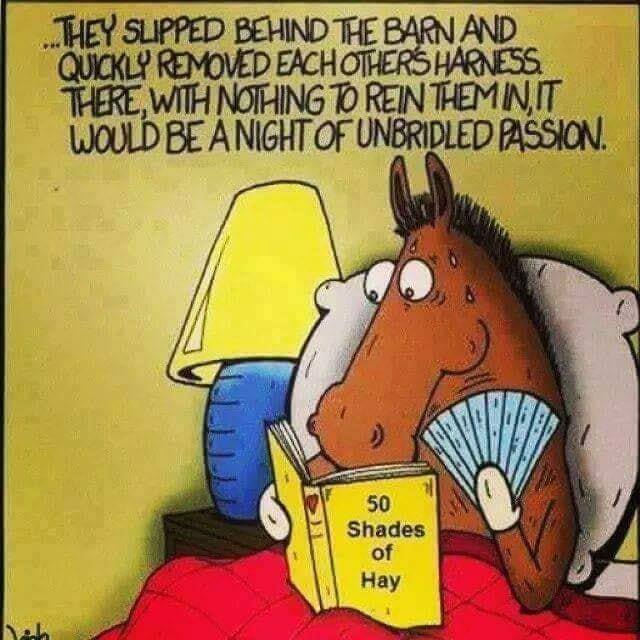 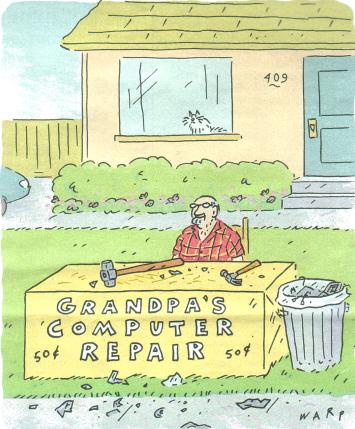