OUR FRONT YARD SQUIRRELS ARE DRIVING ME SQUIRRELY

I was surprised on our morning wanderings not to see one field of corn left standing.  Farmers must have really been burning the midnight oil this past week to get their corn harvest in.  Seen one combine working a field not far from our Park and I suspect he probably finished that field up by afternoon.

Under cloudy skies with temps hoovering just under the freezing mark we were fortunate to not have any wind.  It felt cold enough as it was.  Pheebs and I got a walk in at the Bannockburn cemetery about 3 miles east of our Park.  We did get in a second walk this afternoon with a bit of bush scrambling near the Park's pine tree trail.  And Kelly put a few more Christmas decorations up outside today. 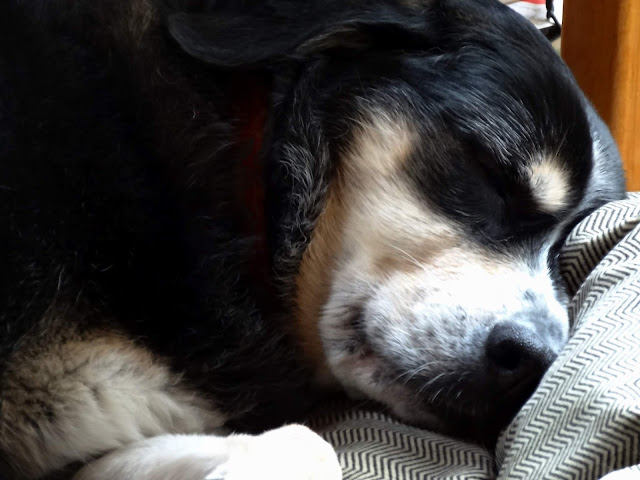 It was at 1:17 p.m. on the day of 30 November in the year 2019 when Squirrely finally breached my home made double bubble bird feeder baffle bungle.  My latest contraption had withstood his relentless attacks less than 24 hours.  Luckily I was sitting in the sunroom at the computer and saw right away how he did it.  Undaunted it was on with my coat and despite the 30F temps I was out the door and up my ladder reconfiguring my set-up.  Moved the baffle lids closer together but I have a feeling this isn't going to work either.  Photos below (view left to right) are in sequence showing two attempts with the first one being unsuccessful and the second one being a big win for Squirrely. 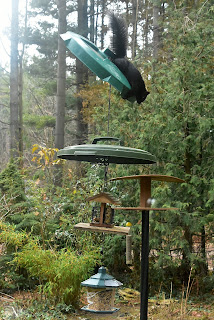 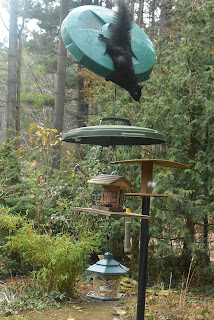 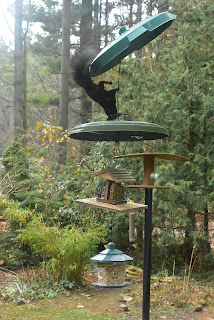 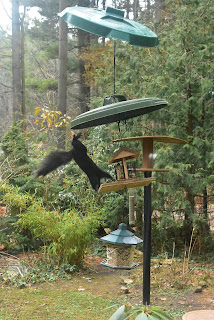 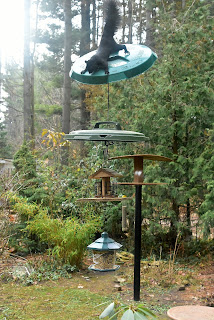 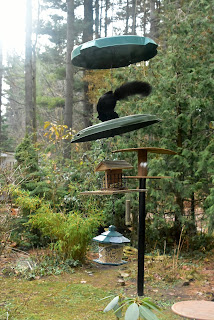 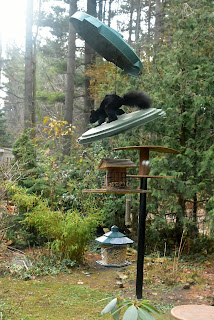 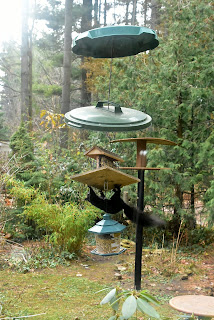 ::Memory Lane::  November 29th 2011 found us in Ajo Arizona.  On this day we decided to Jeep the tire scuffing Rough And Tumble Cabeza Prieta.  Nice drive if you like rough and tumble:))

::Foibles and Fumbles::  Is That A Diesel Motorcycle Sir?? the young fella at the Shell gas station asked me.  Oh No now what have I gone and done!!!!:(( 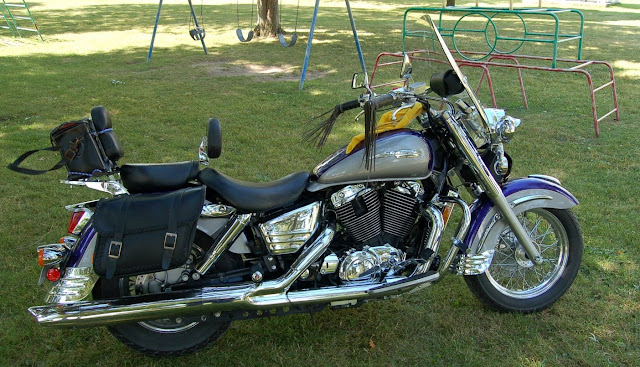