THE RV WORLD LOSES ONE OF IT'S PIONEERS


It was with sadness myself and many other blogging RV folks read this morning on our blogs about the passing of a legendary and pioneering fellow RV Blogger.  A man who blazed many boondocking trails for so many of us starting out on our RV lifestyle dream journeys years ago.  I'm talking about Tioga George of course, a mild mannered soft spoken man.  We met George one time in Ajo Arizona on a frosty cold winters morn December 2nd 2011.  On his way back from Mexico he had time for us to drop around.  Thanks for answering so many questions and opening so many RVing doors for the rest of us George.  May you find many quiet and peaceful boondocking sites while traveling new and old trails on your journey through the stars.  The Day We Met Tioga George 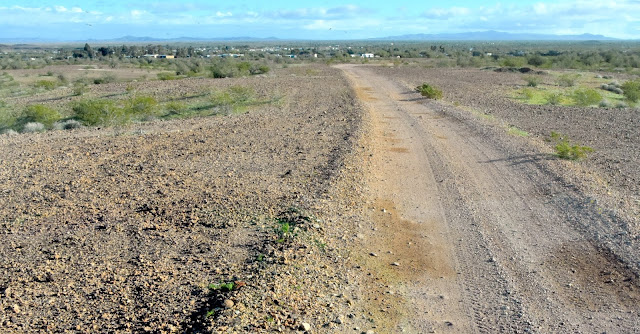 Light rains came and went in the night leaving us with heavy overcast but textured skies this morning.  A breezy start to the day with great patches of blue sky beginning to appear by 8 a.m.  We had the big wheels rolling by 9:12 under nearly clear skies with our first stop in Bouse at the Le Mesa Verde RV Park.  Gray and black tanks dumped, fresh water tank filled, and topped up our propane tank.  From there it was off to Parker Arizona for a few groceries at the Safeway store.  Walmart's parking lot was jammed with RV's and we knew the place would be a zoo.  Noticed a whole lot less manic traffic in Parker since the last time we were there Friday.  Parked in the big area behind McDonalds and grabbed a couple coffees and a bite. 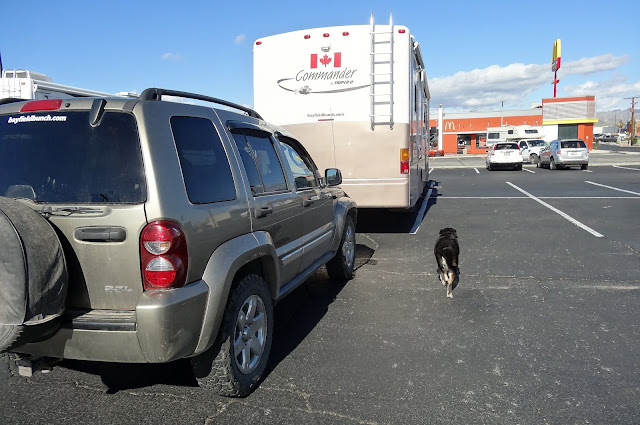 Slipped back through Parker south to Mojave Road at the Running Man Gas Bar and headed west towards the Colorado River.  Had never been down this stretch of road before and what a nice highway this Ehrenberg/Parker Road turned out to be all the way to Ehrenberg.  The highway is just about as straight as an arrow, very little traffic, and runs through green agricultural farm lands following the Colorado River to the West. 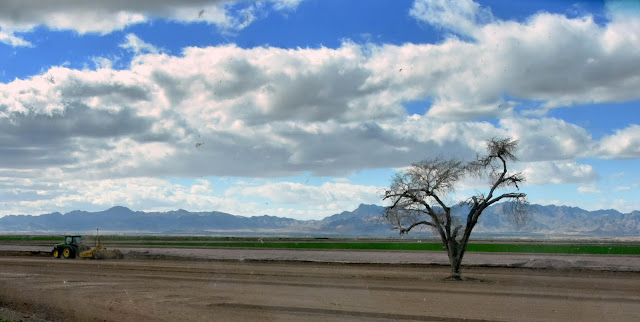 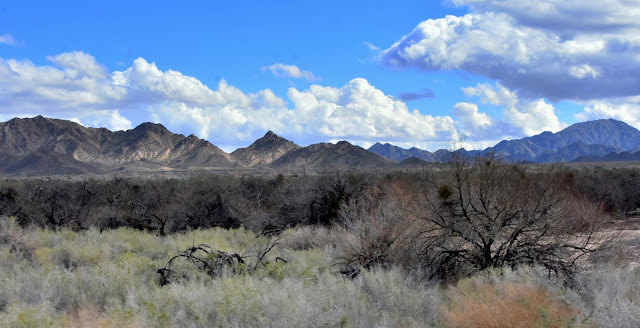 On Google Maps I had located a boondocking area south of Ehrenberg along the banks of the Colorado River so that is what we went looking for.  We did find it but it was crowded with with fishermen so we didn't stay.  Crossed back over I-10 again and decided to overnight in a large empty parking lot behind a fairly new gas bar.  Worked out very well for us because we were the only ones here.  Thursday we will continue our journey to wherever the roads take us. 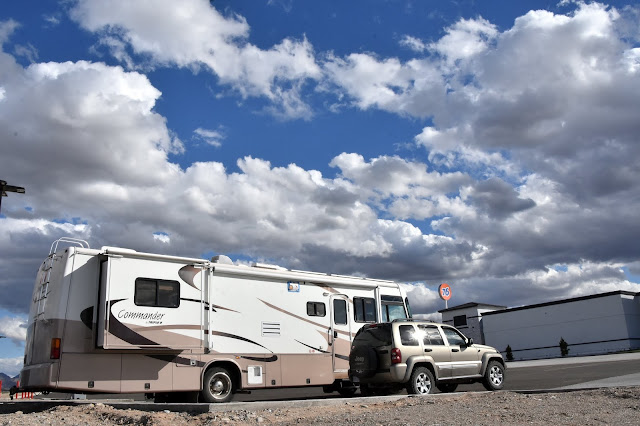 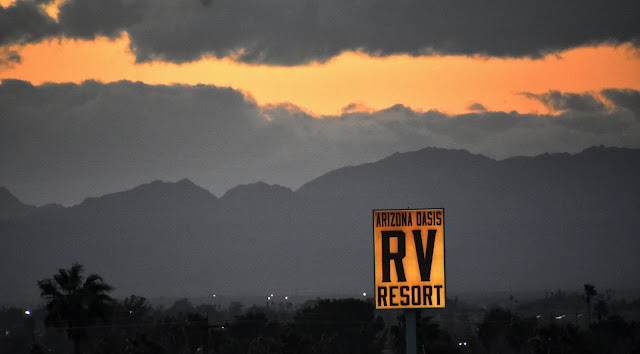 Sorry about another disjointed looking post again folks.  I'm having one hell of time every night trying to work with this miserable Blogger format!!!!!!!!!!!!

GROANER'S CORNER:((  A man is waiting for wife to give birth. The doctor comes in and informs the dad that his son was born without torso, arms or legs. The son is just a head! But the dad loves his son and raises him as well as he can, with love and compassion. After 21 years, the son is old enough for his first drink. Dad takes him to the bar and tearfully tells the son he is proud of him. Dad orders up the biggest, strongest drink for his boy. With all the bar patrons looking on curiously and the bartender shaking his head in disbelief, the boy takes his first sip of alcohol. Swoooop! A torso pops out! The bar is dead silent; then bursts into a whoop of joy. The father, shocked, begs his son to drink again. The patrons chant "Take another drink"! The bartender still shakes his head in dismay. Swoooop! Two arms pops out. The bar goes wild. The father, crying and wailing, begs his son to drink again. The patrons chant, "Take another drink"! The bartender ignores the whole affair. By now the boy is getting tipsy, and with his new hands he reaches down, grabs his drink and guzzles the last of it. Swoooop! Two legs pop out. The bar is in chaos. The father falls to his knees and tearfully thanks God. The boy stands up on his new legs and stumbles to the left.... then to the right.... right through the front door, into the street, where a truck runs over him and kills him instantly. The bar falls silent. The father moans in grief. The bartender sighs and says, "That boy should have quit while he was a head."
---------------------A customer walked into a bar and said, “I’ll have a pint of less, please.”  “Less?” queried the bartender. “What’s that?”  “I don’t know either,” said the customer, “but my doctor told me to drink less.”
===============