TWO MEDICAL APPOINTMENTS OUT OF THE WAY, BUT…………… 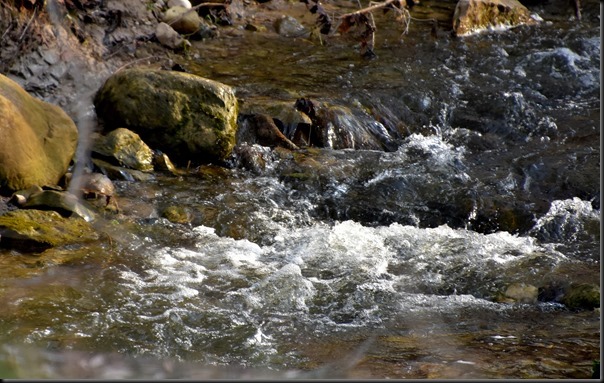 My Goderich medical appointment sorta went Okay this morning but I have to go back for a follow-up in two weeks.  Abnormally high blood pressure came as a surprise because my blood pressure all my life has been perfect.  The Nurse Practitioner wants to re-check a small growth on my chin as well.  This morning she sprayed it with some kind of freezing gas.  Good thing I was dressed warm. 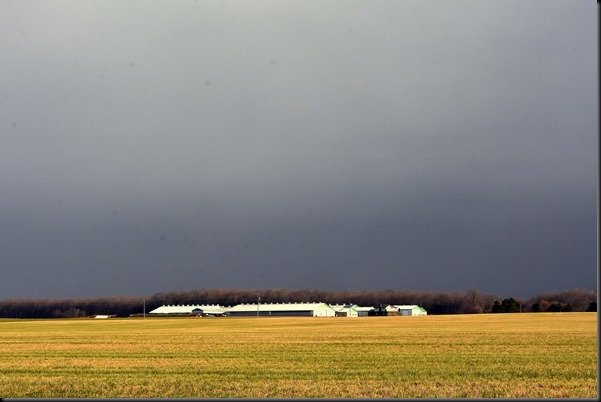 With possibly bad weather coming in over night Pheebs and  I stopped at Huron Tirecraft to cancel Thursday mornings Motorhome tire appointment.  Had talked to the fella last week about canceling if bad weather cropped up and he said Okay.  Do not want that Motorhome sitting here incrusted with road salt and no way to wash it off.  They seem to salt up the roads around here at the drop of a hat.  Weather’s calling for sun and cloud for three days next week so the rig is re-scheduled for early Tuesday morning. 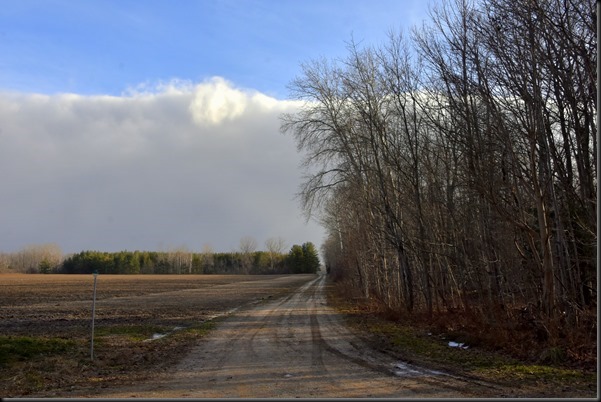 SO NICE AGAIN TO SEE SOME BLUE SKIES PEAKING THROUGH 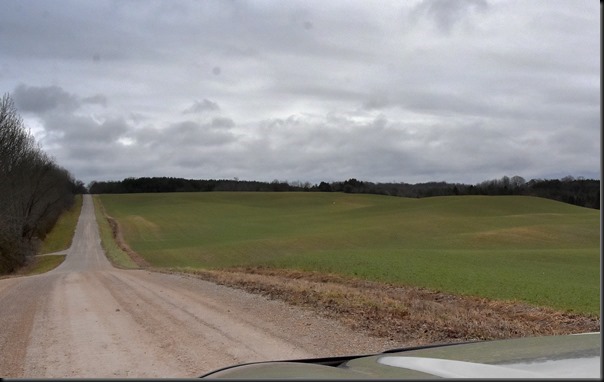 From Clinton Pheebs and I under partially clearing skies wandered southwest over to the Bannockburn Conservation Area but with two vehicles in the parking lot and hunter’s guns going off nearby we went right on by.  A short distance away is Baird’s cemetery so we parked the Jeep and walked around the perimeter.  We’ve done that a few times before and it was so nice to feel that slightly warm sun on my face again and how nice to walk on nice green grass instead of snow. 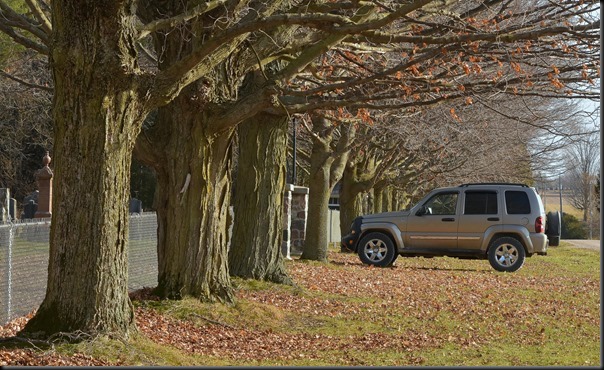 STOPPED BY BAIRDS CEMETERY FOR A MORNING WALK 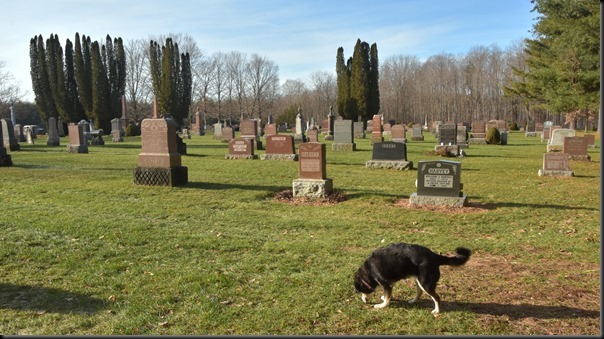 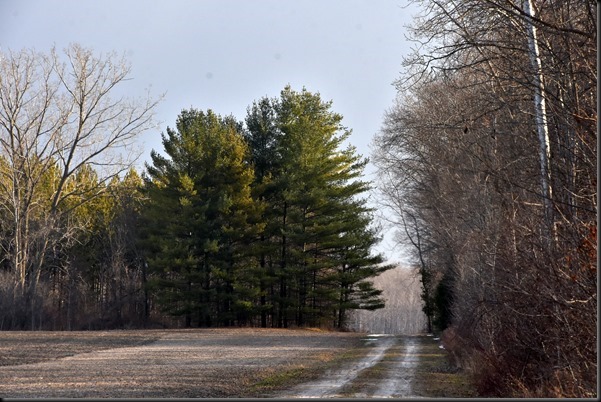 Facebook reminded me where we were 11 years ago on this date….A HOT DAY AT HICKIWAN TRAILS ARIZONA.  Newer readers might also be interested in a post I wrote back in January 2007 entitled. ‘DUMB AND DUMBER.  My true story begins at the second paragraph under Archive Memories:: 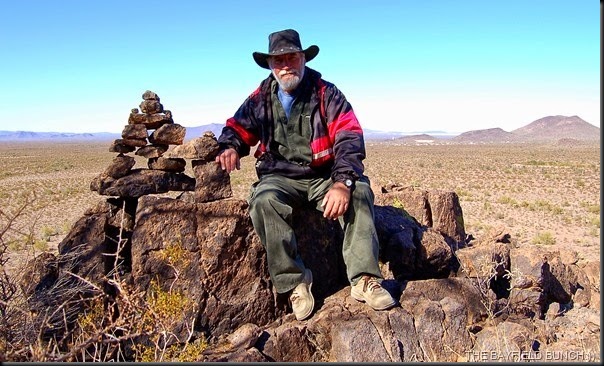 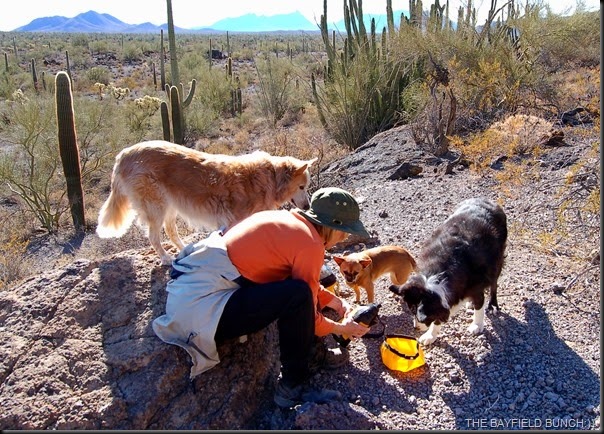 WHEN HIKING IN THE DESERT WE ALWAYS CARRIED EXTRA WATER FOR MAX, CORA, AND CHECKERS 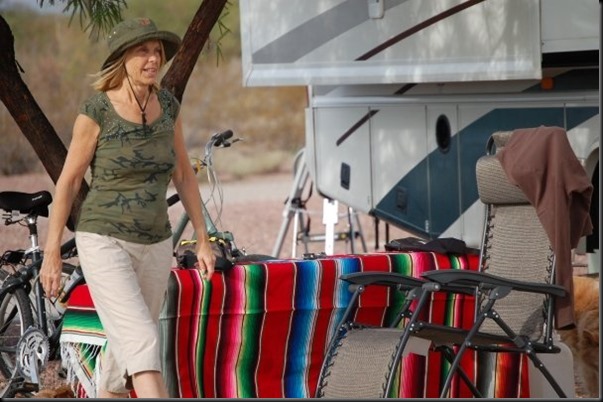 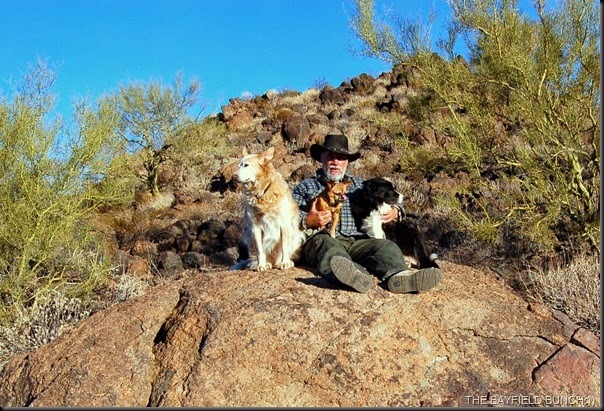 I REMEMBER ALL THESE PHOTOS LIKE THEY WERE YESTERDAY 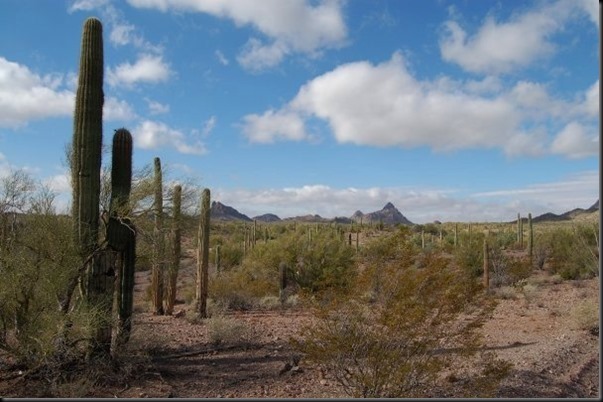 WE’VE HAD MANY GREAT MORNING WALKS IN THIS AREA RIGHT HERE….JUST LOVE THE SONORAN DESERT

THE AJO MOUNTAINS SOUTH OF WHY ARIZONA 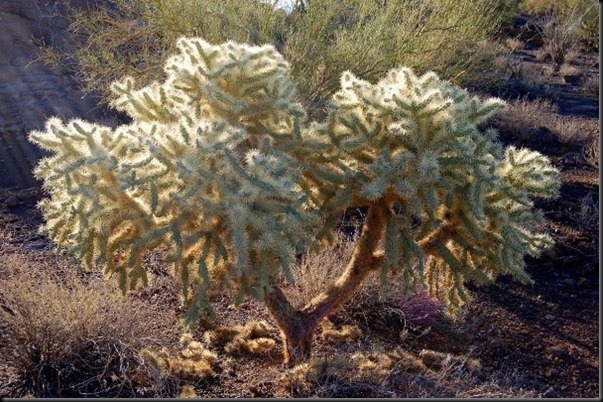 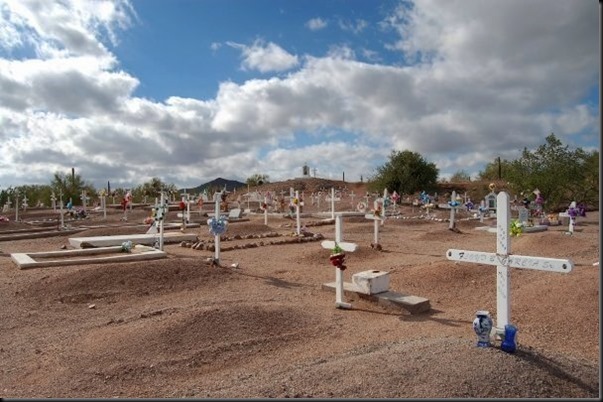 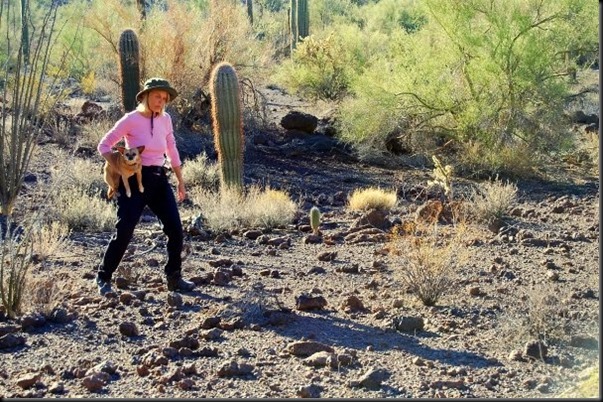 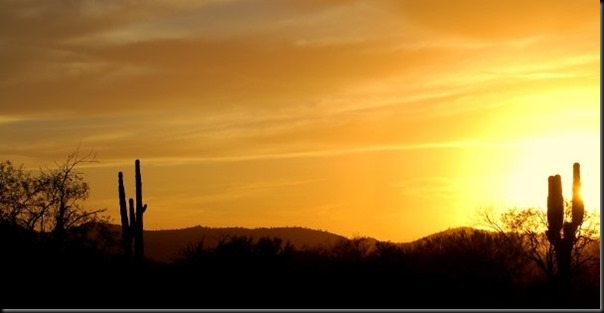 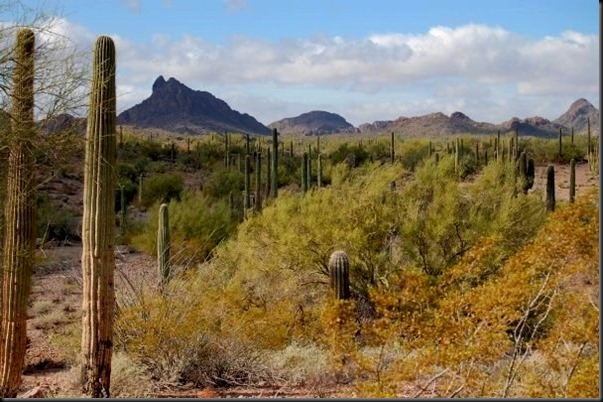 SO WHERE WOULD WE RATHER BE?  HERE, OR SHOVELING SNOW AT HOME IN BAYFIELD ONTARIO CANADA……I THINK THE QUESTION RATHER ANSWERS ITSELF:)) 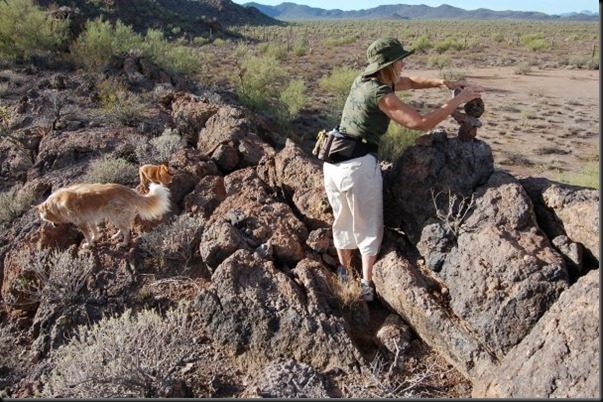 KELLY CONSTRUCTS ONE OF HER MANY SOUTHWESTERN INUKSHUKS

Noticed before publishing my post tonight we have a ‘snow squall’ warning for our area overnight into tomorrow.  Could wake up to everything being white again.  Last year about this time I remember how nice it was feeling some of that old time Christmas Spirit.  Hadn’t felt that since we started our travels to the southwest years ago.  This year I feel no Christmas spirit at all so far.  Maybe it will come, maybe it won’t………………….. 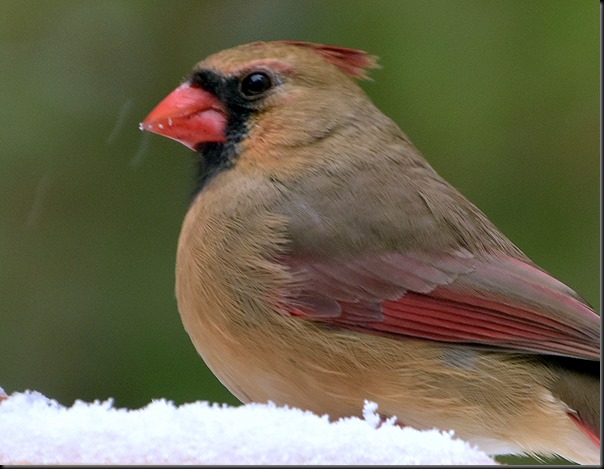 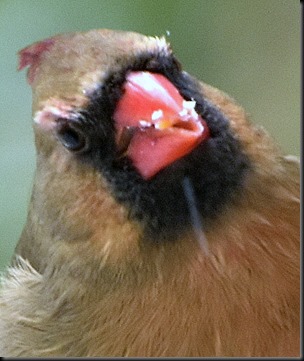 GROANER’S CORNER:((  According to the Knight-Ridder News Service, the inscription on the metal bands used by the U.S. Department of the Interior to tag migratory birds has been changed. The bands used to bear the address of the Washington Biological Survey, abbreviated, "Wash. Biol. Surv." until the agency received the following letter from an Arkansas camper: "Dear Sirs: While camping last week I shot one of your birds. I think it was a crow. I followed the cooking instructions on the leg tag and I want to tell you it was horrible."

A businessman on his deathbed called his friend and said, "Bill, I want you to promise me that when I die, you will have my remains cremated."  "And what," his friend asked, "What do you want me to do with your ashes?"  The businessman said, "Just put them in an envelope and mail them to the Internal Revenue Service. Write on the envelope, "Now, you have everything."

It was coming up to Christmas and Sammy asked his mum if he could have a new bike. So, she told him that the best idea would be to write to Santa Claus. But Sam, having just played a vital role in the school nativity play, said he would prefer to write to the baby Jesus. So his mum told him that would be fine. Sam went to his room and wrote ' Dear Jesus, I have been a very good boy and would like to have a bike for Christmas.' But he wasn't very happy when he read it over. So he decided to try again and this time he wrote 'Dear Jesus, I'm a good boy most of the time and would like a bike for Christmas.' He read it back and wasn't happy with that one either. He tried a third version. 'Dear Jesus, I could be a good boy if I tried hard and especially if I had a new bike.' He read that one too, but he still wasn't satisfied. So, he decided to go out for a walk while he thought about a better approach. After a short time he passed a house with a small statue of the Virgin Mary in the front garden. He crept in, stuffed the statue under his coat, hurried home and hid it under the bed. Then he wrote this letter. 'Dear Jesus, If you want to see your mother again, you'd better send me a new bike.'