FOG IN THE VALLEY THIS MORNING

Due to cold and windy overcast skies it was a real struggle first thing this morning for me to find any motivation for getting myself out of my warm comfy recliner.  Thought about staying right where I was for the day but a 45 pound little ball of fur had other ideas.  How could I ignore that sad little face with those soft pleading brown eyes sitting on my lap with her head only inches from mine staring at me.  Well it was a clear cut case of motivation staring me right in the face.  With the magic words, ‘wanna go for Jeep ride’ Pheebs bounded off my lap almost knocking me backwards into the middle of last week.  Recovering I hurried to throw on some warm duds while the furry whirlwind raced up and down the hall trying to hurry me up.   Minutes later that happily exuberant 45 pounder and I were out the door, down the steps, and into the Jeep heading North.  Cranked on the heater and it seemed the closer we came to Goderich the foggier it appeared.  Figured that was a good sign warmer air was moving into the area.  Warmer air did arrive later but it wasn’t that warm.  As I post this tonight we are sitting at 49F. 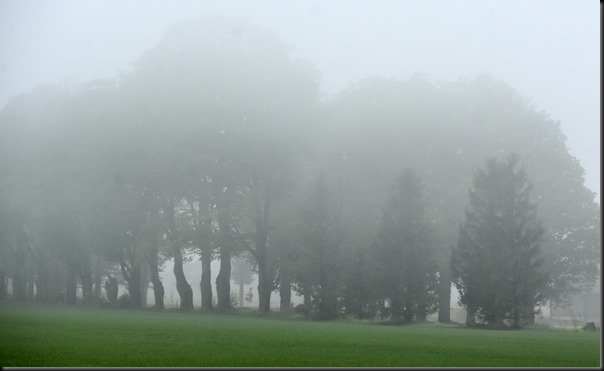 BLURRY BICYCLES IN THE MIST

A coffee run down around the Goderich harbor netted us a few photos and a short walk in the cold wind.  About an hour and a half of leaving home we were back again and just in time too because Kelly was cooking up some bacon and eggs.  That was a nice break from my usual morning fare of healthy stuff. 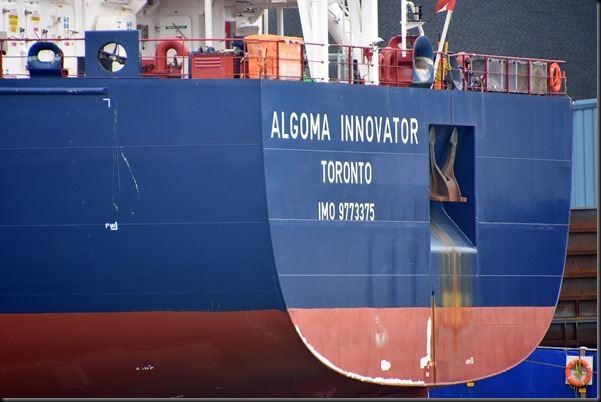 I DON’T RECALL SEEING THE ALGOMA INNOVATOR IN PORT BEFORE 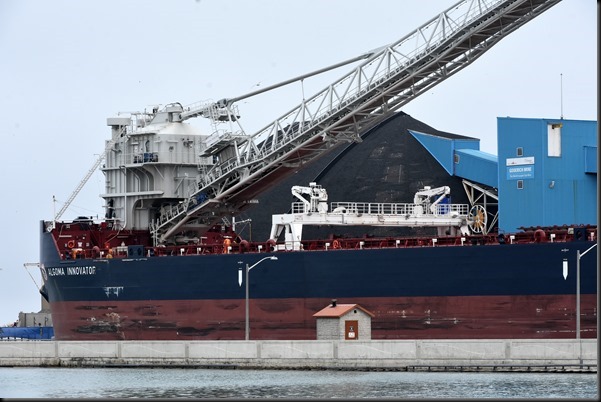 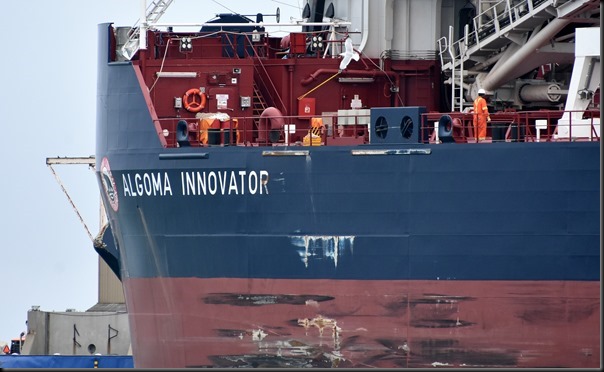 I SEE A WORKER ON DECK 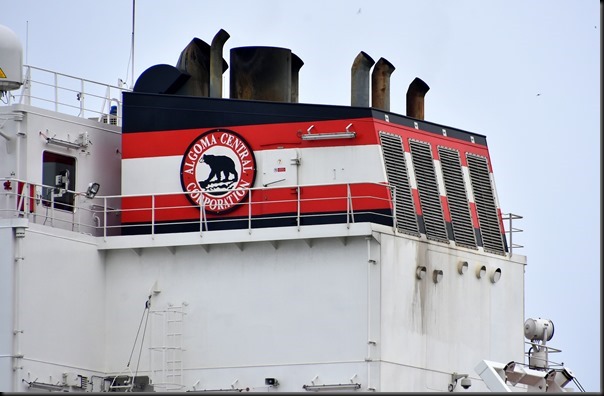 With cooler temperatures upon us I knew it was a good time to work on the Motorhome's wax job.  Won't be long and our weather will be too hot and muggy for me working outside so figured I had better keep going while the weather is workably cool.  However I ran into some discouragement today.  The wax has been going on and buffing off just fine on the 'painted surface' around the bottom of the rig but when I started on the big white fiberglass sides of the coach I ran into a problem.  Thought everything was going fine until I stood back and looked at the white sides on an angle.  Splotchy and blotchy is the best way to describe it.  Thought it was a buffing problem but no that wasn't it.  Took me awhile to figure it out but figure it out I did.  By applying the wax by hand with a small cloth I was not getting the wax on evenly and ended up having to go back again and again to touch up all the small un-waxed spots I had missed.  I may have to bite the bullet and try using the 10 inch wax applicator cloth that came with the buffer-polisher after all or maybe I will slip up to the Canadian Tire Store and pick up a proper Simoniz wax applicator pad.  One thing is for sure, a small cloth is not the way to go on a big 45 acre white fiberglass surface!!  Guess I'm too used to waxing smaller painted metal cars over the years.  This 37 foot Motorhome is a whole different bag of hammers. 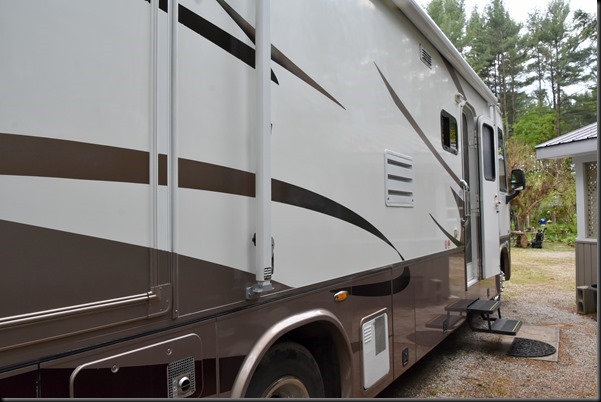 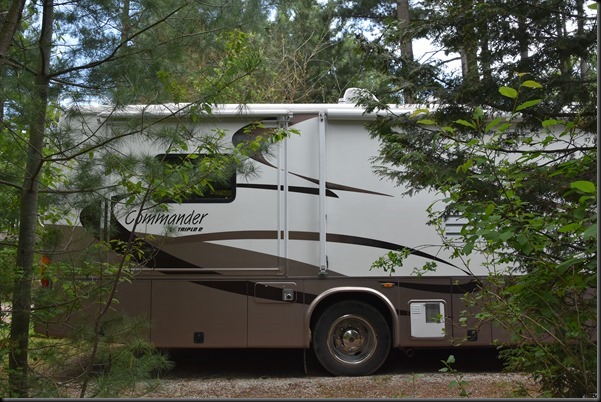 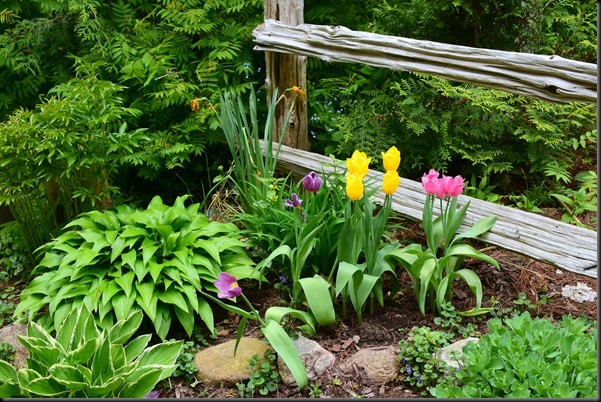 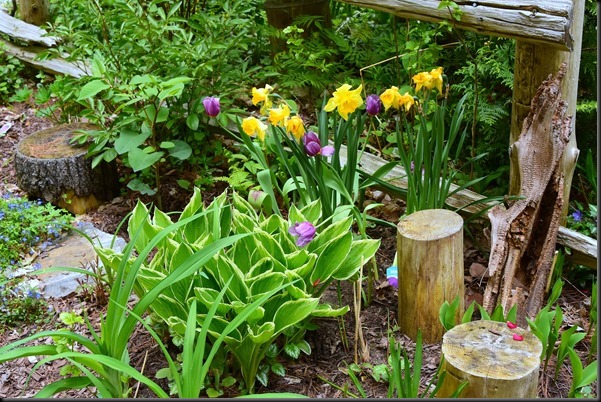 Our gloomy skies began clearing late in the morning and by early afternoon we were under sunny blue skies with temps on the rise.  I'm sure there will be a lot of disgruntled soggy campers in the area out reveling in this afternoon's warm sunshine.  Well as long as they stay out of the cold northeast wind that is. 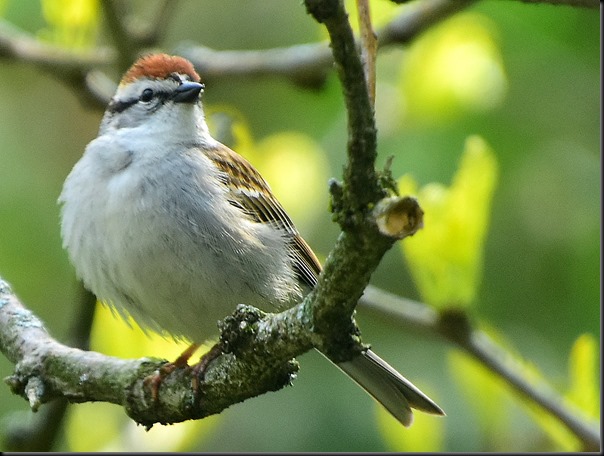 I’M THINKING THIS LITTLE CHAP MIGHT BE A CHIPPING SPARROW 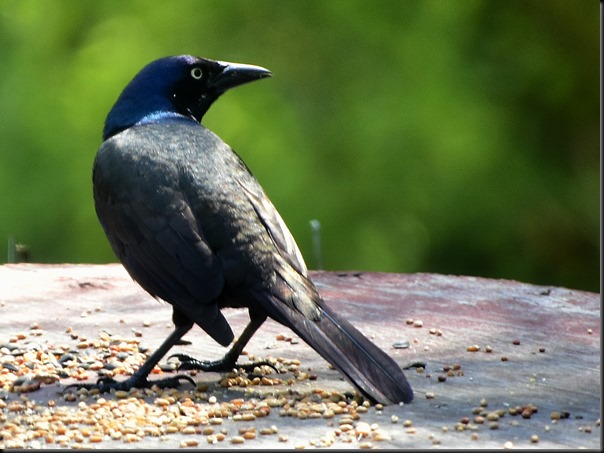 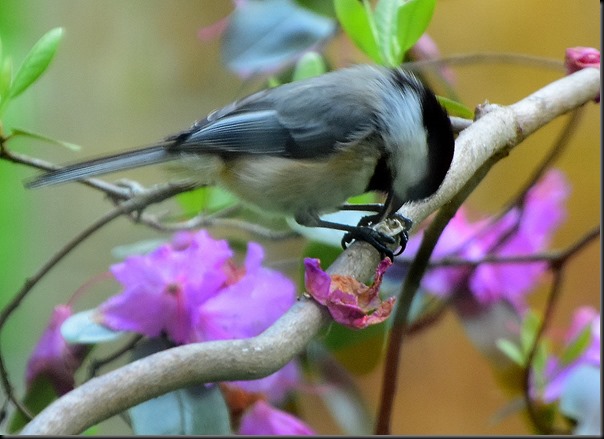 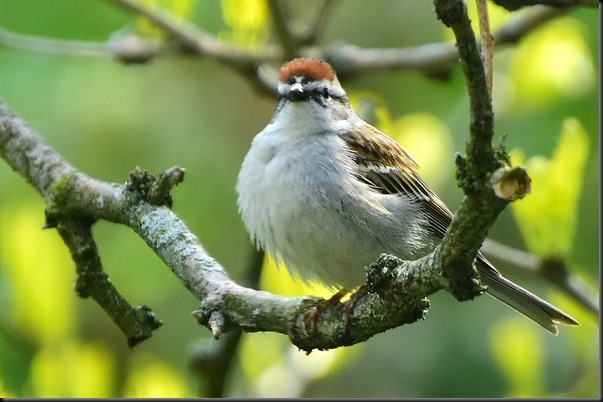 BLUEJAY AND A FEMALE CARDINAL

And it was about a year ago this time I received an ‘OMG’ email.  I had to read the email over 3 times in a row to comprehend what I was reading. and make sure it wasn’t a scam.  Soon as Kelly got up that morning I showed her the email and she felt it was on the level too.  Wow, just couldn’t believe my good fortune.  My ‘OMG’ paragraph is the third one down in the post.  Click on My OMG Moment.

GROANER'S CORNER:((  An old man, a boy and a donkey were going to town. The boy rode on the donkey and the old man walked.  As they went along they passed some people who remarked it was a shame the old man was walking and the boy was riding. The man and boy thought maybe the critics were right, so they changed positions.  Later, they passed some people that remarked, "What a shame, he makes that little boy walk." They then decided they both would walk!  Soon they passed some more people who thought they were stupid to walk when they had a decent donkey to ride.  So, they both rode the donkey.  Now they passed some people that shamed them by saying how awful to put such a load on a poor donkey.  The boy and man said they were probably right, so they decided to carry the donkey.  As they crossed a narrow bridge, they lost their grip on the donkey and he fell into the river and drowned.  The moral of the story? If you try to please everyone, you might as well kiss your ass good-bye……………

A woman was chatting with her next-door neighbor."I feel really good today. I started out this morning with an act of unselfish generosity.  I gave a twenty dollar bill to a bum."  "You gave a bum twenty whole dollars? That'sa lot of money to just give away. What did your husband say about it?"  "Oh, he thought it was the proper thing to do. He said, 'Thanks.'"