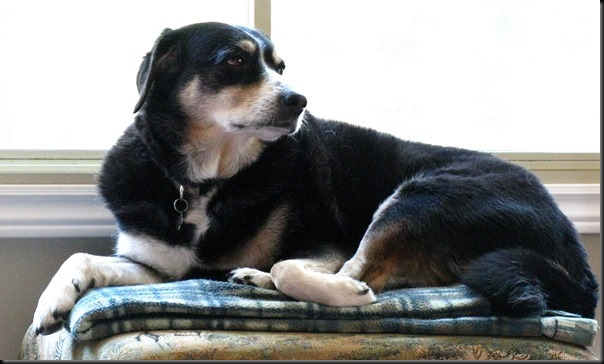 Out with Pheebs at 5:30 this morning it was encouraging to see a few faint stars in the sky, but only a few.  At 9:18 about 4 hours later while out in the Jeep we caught us a brief 20 seconds of full sunlight before it disappeared for the rest of the day behind this Winter’s seemingly ever present cloud cover.  But ‘Wowsers’ was that 20 seconds ever wonderful.  Actually, skies did somewhat clear a bit later in the afternoon and how nice to see some sunshine in our front yard again. 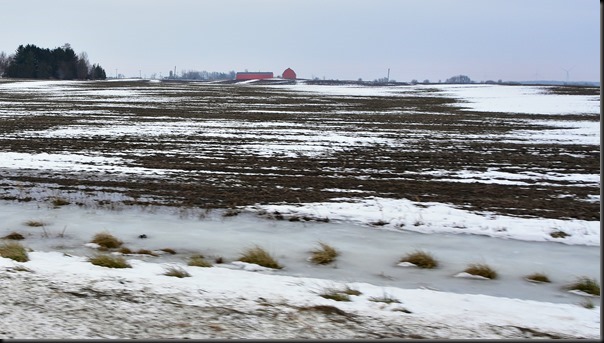 It again was a short snort of a Jeep ride for Pheebs and I because I knew there was a ton of stuff to do at home before we roll out Friday morning.  Kelly headed off to Goderich with her own list of last minute errands and things to pick up.  We are so fortunate right now to have these milder 38 degree temperatures upon us.  Snow is melting fast and I’m happy I didn’t have to shovel pathways to the Motorhome or dig out behind it yesterday or today.  And the last remaining snow on the rig’s roof has now melted off.  Yes indeed what a lucky break this short milder weather break has been for us.  We’re keeping a close watch on weather patterns for Indiana, eastern Missouri, Arkansas, and Texas.  We will be traveling our old tried and true route again as far as Texarkana Texas and it will depend on weather ahead as to where we go from there.  I see the likelihood of rain ahead of us and that’s Okay because it will be good for getting the salt off underneath the rig. 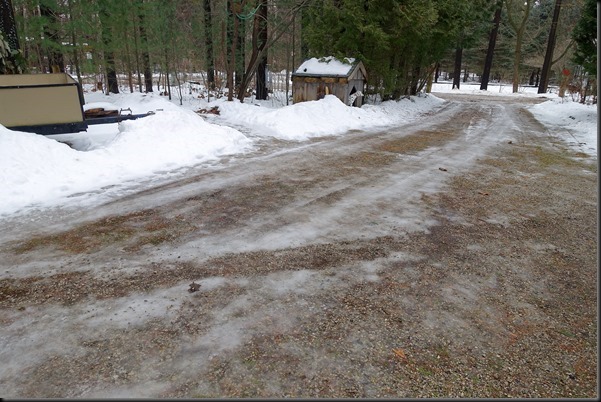 OUR DRIVEWAY IS ALMOST CLEAR

A few readers have suggested we go to Florida to visit Aunt Jean.  In my December 6th post I wrote the following, 'Sometime in mid to late February we plan to head East to see Aunt Jean in Florida and be back in Bayfield sometime around March 20th’.

It was one year ago today we left our Congress Arizona house for the last time.   My post for that day was entitled, 'Yahouie Louie' It's Official, Our House Is Sold And We Are Already 92 Miles Away:))  Two years ago today we had just landed in Borrego Springs California. 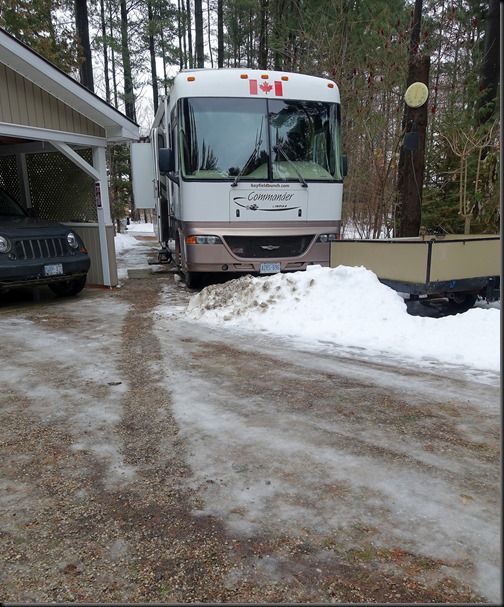 Friends and fellow Canadian RV Travelers Gord and Cathie have dusted off an old blog, re-vamped it and have decided to begin posting about their past and future RV travels.  They have a Mercedes Benz Sprinter Cargo Van and Gord plans to write about how they acquired it and how he has decked it out himself for traveling.  You can find these fine folks at Travels with Gord and Cathie and they are on our sidebar as well. 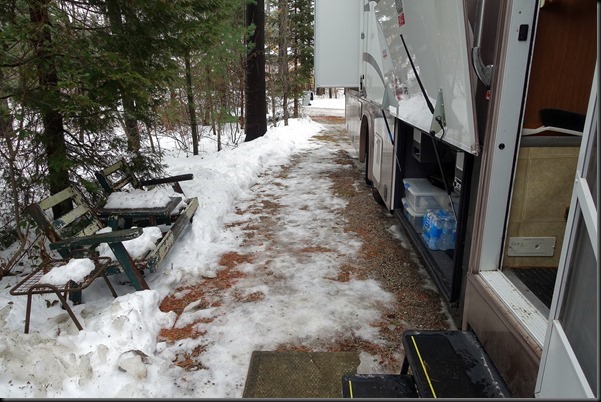 I didn’t realize until later this afternoon that this morning’s Jeep ride with Pheebs was the last one of the year.  Thought it would have been Friday but had forgot we moved our departure day ahead because of possible bad weather.  Those daily Jeep rides with Pheebs has become the number one thing I look forward to about coming home in March.  Richard and I moved our semi-monthly Thursday morning country coffee tour up to Wednesday so we’ll be hitting the road in the morning getting each other’s head straightened out until we meet again next Spring. 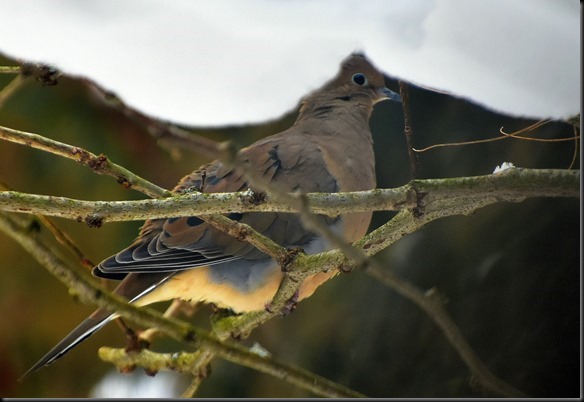 It’s funny as I sit here at my computer tonight I find my mind wandering to all the things I will miss once we leave in a few days.  Our cozy sunroom about tops the list of course.  Gonna miss my comfy recliner in the living room and our big walk-in shower plus laundry facilities and the list goes on and on and on.  But here’s the kicker…….I am already missing these things yet I know from years of Snow Bird traveling that the minute we walk out of the house Friday morning and pile into the Motorhome I will hardly give any of the pre-mentioned things another thought until we walk back in the door next March and I think to myself…….’that’s it I’m never leaving home again!!’  But of course for the past dozen years we do leave home again.  But not before missing everything before we leave of course.  Happens that way with me every year. 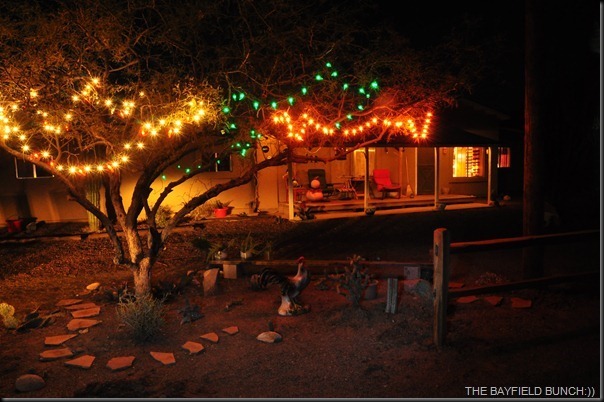 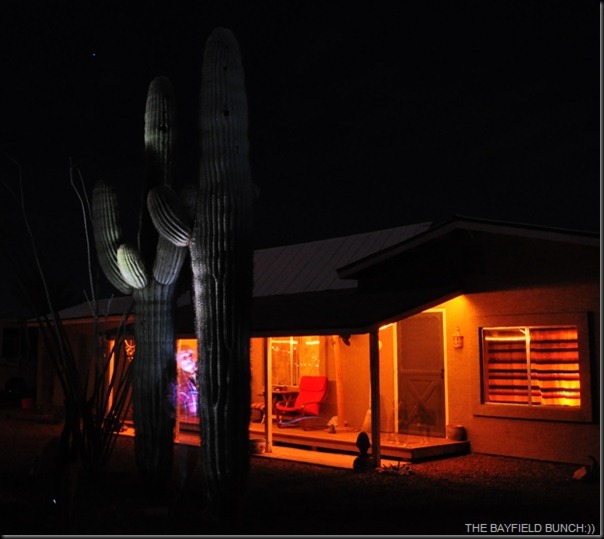 AND NO THAT ISN’T SNOW ON THE ROOF, WE JUST HAPPENED TO HAVE A WHITE ROOF

I know I posted some of the following Christmas photos a few weeks ago but can’t remember which ones so I’ve decided to post them all because I have no idea where we will be Christmas Eve or Christmas day.  These are our Christmas photos for 2017………………….. 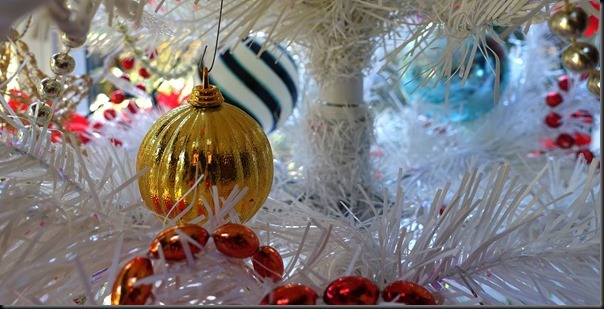 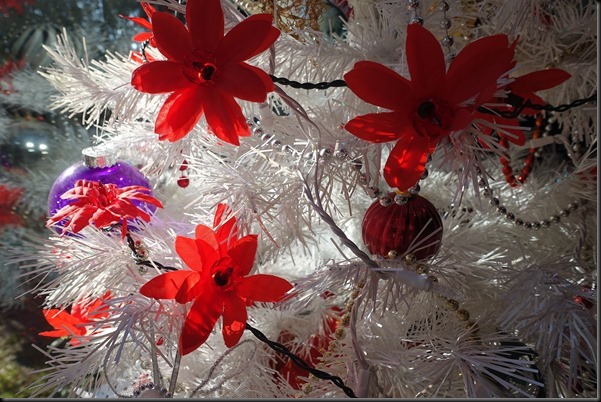 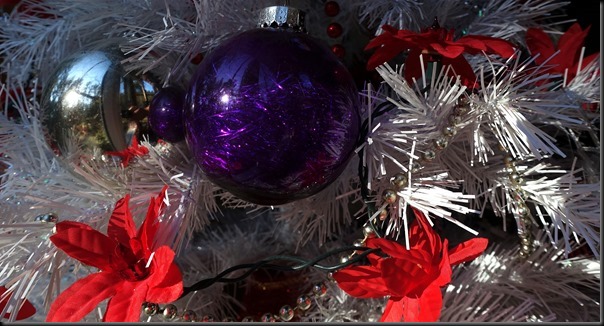 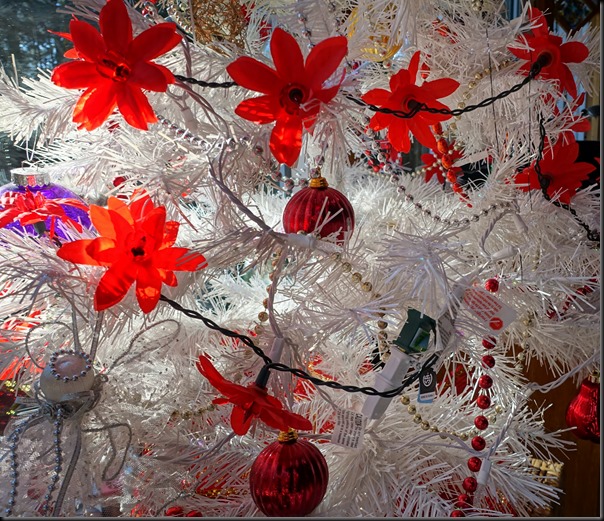 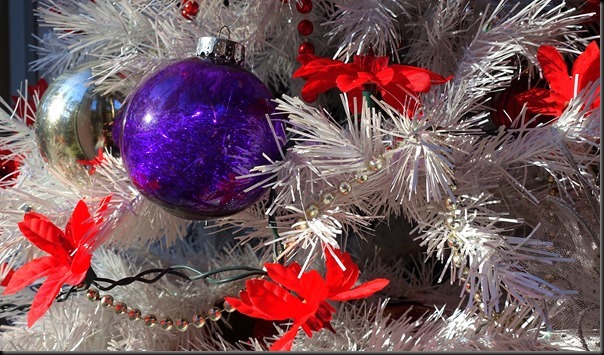 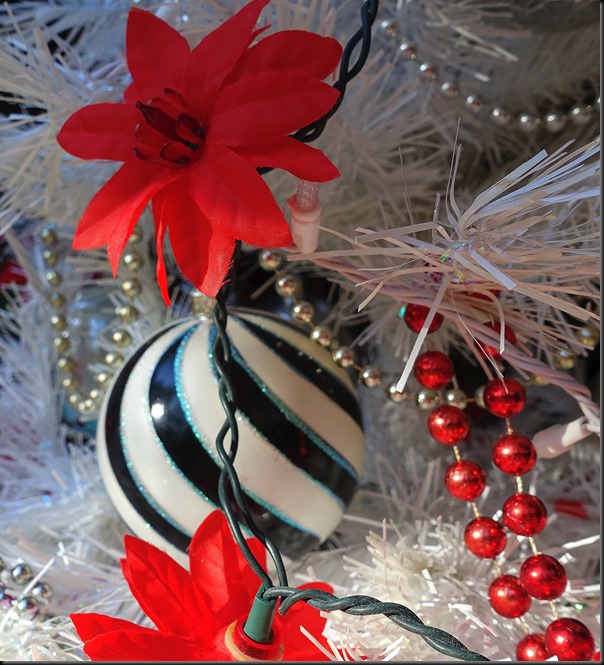 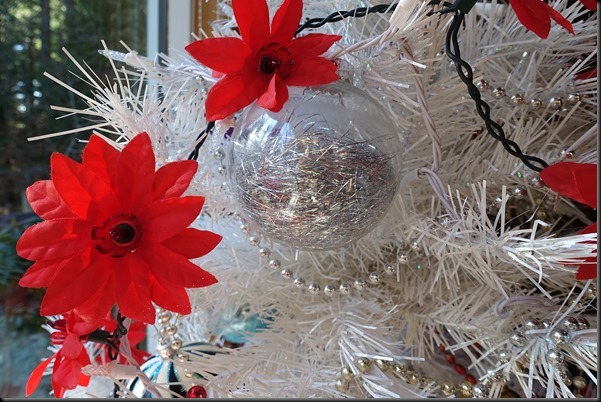 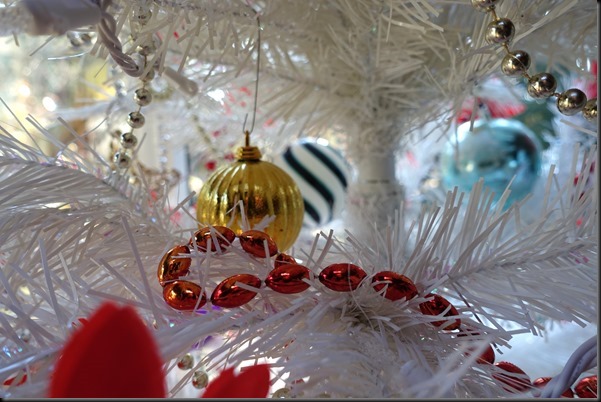 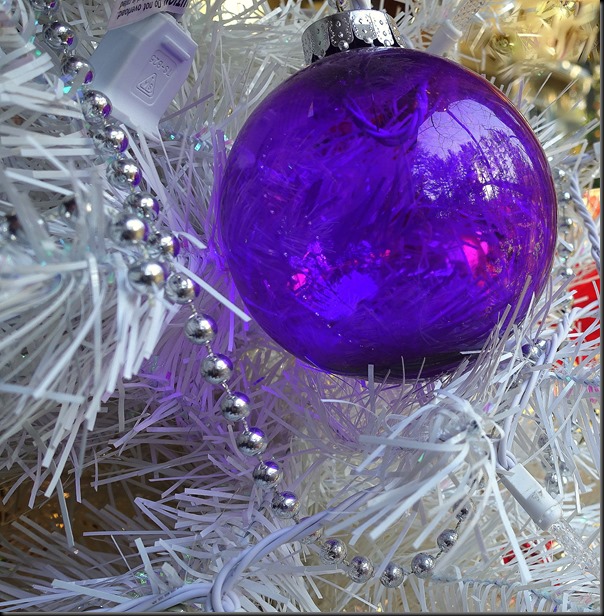 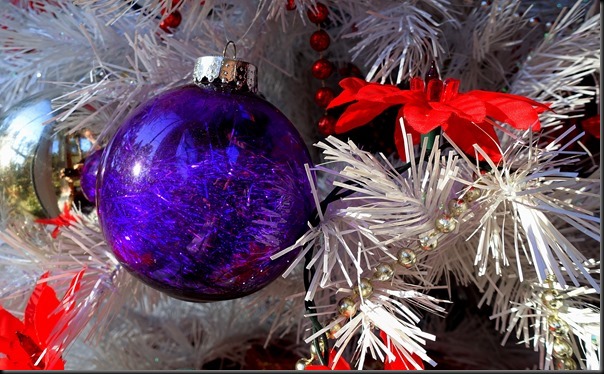 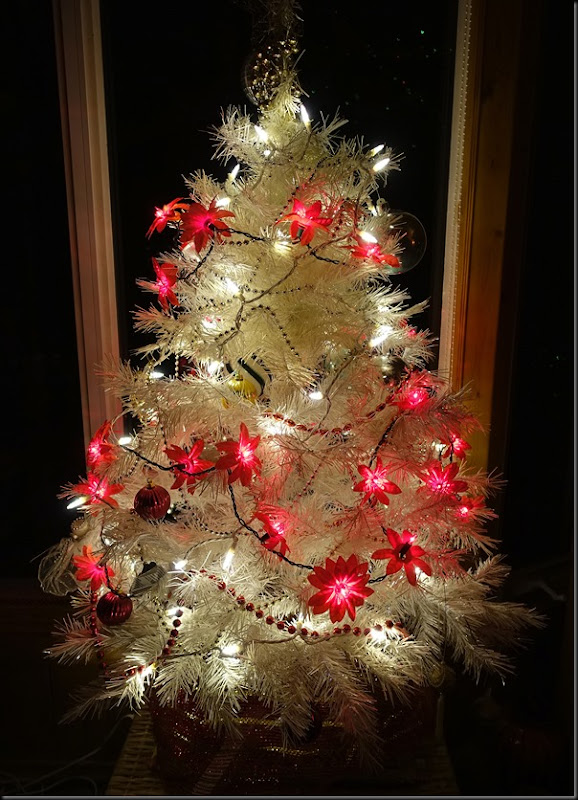 GROANER’S CORNER:(( An elderly gent was invited to his old friends' home for dinner one evening. He was impressed by the way his buddy preceded every request to his with endearing terms-Honey, My Love, Darling, Sweetheart, Pumpkin, etc.  The couple had been married almost 70 years, and clearly they were still very  much in love. While the wife was in the kitchen, the man leaned over and said to his host, "I think it's wonderful that, after all these years, you still call your wife those loving pet names."  The old many hung his head. "I have to tell you the truth," he said, "I forgot her name about 10 years ago."