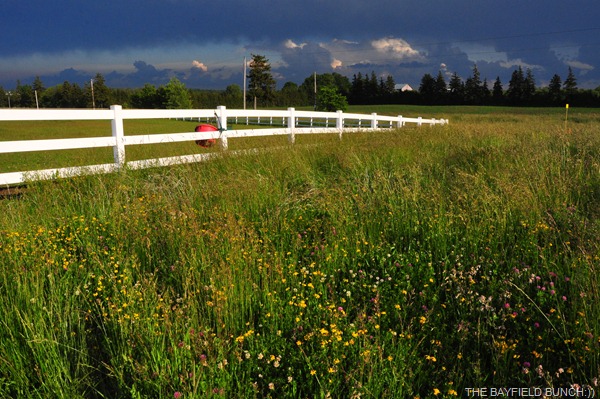 Wasn't until this morning I realized not all my Walmart merchandise came home with me Sunday. Two 7 Watt light bulbs & a projection night light did not make the journey. A trip back to Walmart was in order this morning. Not only did little Pheeber Buns climb aboard but the 'Big Boss' hopped into the Jeep as well. Seems she had a few things to pick up in Walmart too. With a big bright sunny morning going for us we all headed up to Goderich. One quick stop at Walmart & one quick stop at the Zehr's Supermarket next door & we were making our way through the construction zone near McDonalds. A few 'eats' to go & we were back in Bayfield about an hour after we left.  A few candid beach pics below.

“WITH THIS RING I THEE WED”

“NOW WE WILL LIVE HAPPILY FOREVER AFTER OVER THERE”

“ABOARD THAT OLD SHIPWRECK”

Again, not much going on here. Kelly read for awhile & laid down for a bit. I trimmed down a tall young tree in the front yard that had sprouted up on our lawn a few years ago. Rather than cut the whole tree down I cut it off at the 6' level. That should allow suckers to grow out of the top & give us a ball of thicker foliage in the ensuing years. I am always working on ways to thicken up our surrounding jungle. As I have said many times before, when we look out any window we like to see the wonders of Mother Nature & not neighbor's houses, sheds, garages, or cars driving by. All the extra foliage also helps to deaden the sounds of lawn mowers, leaf blowers, & what ever else people can find to do with those small annoying miserable gasoline engines. 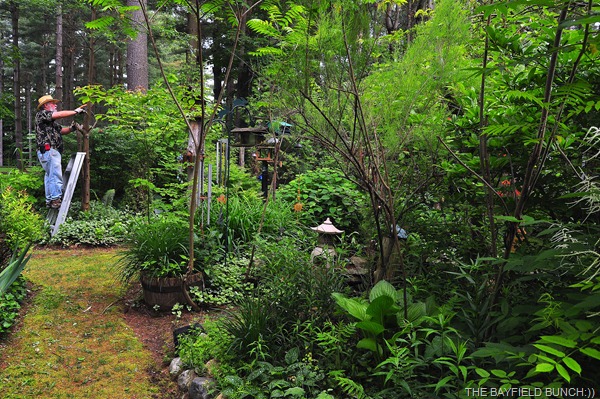 A BIT OF OVERDUE TREE TRIMMING THIS AFTERNOON

Cheryl Ann over at DEEP CANYON noticed my camera bag in Sunday’s post. Wondered what make it was. Bought that Cullmann bag new in 1986. But here's the odd part. Last time I can remember ever carrying a camera in it was probably 3 winters ago when I popped into a Monday afternoon camera group gathering in Elfrida, Arizona. Only things I carry in that bag now are my camera manuals, some lens filters I never use, a table top tri-pod I might have used once in 5 years, a spare 200mm lens, a rarely used 2X Teleconverter, & some lens cleaning stuff. So why wouldn't I carry my camera in my camera bag? Well, I wrote about that in a post this past February. A FEW PHOTO TIPS ON A QUIET SATURDAY.  Keep in mind some of these tips are my own opinion & not to be confused with the probable norm. 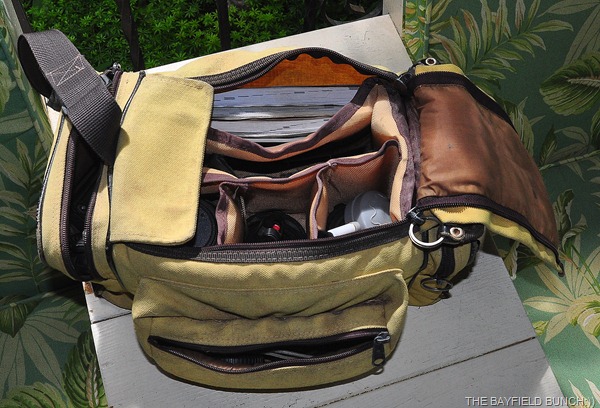 Yaaaaay, the Ford Motor Company announced they are going to return to the knobs technology for their vehicles infotainment systems.  FORD KNOBS  Here's hoping other auto manufacturer's wise up & follow suit. Again, 'newer technology is not always better technology' & I am encouraged to see a glimmer of good old fashioned logic & common sense finally appearing somewhere.  In the words of Jack Nerad, executive editorial director for Kelley Blue Book, "When it comes to performing simple tasks, such as adjusting the volume of the radio, its best to stick to what works and what people are familiar with, and in this case, nothing beats a knob."

GROANER'S CORNER:((  Two campers are hiking in the woods when one is bitten on the rear end by a rattlesnake. "I’ll go into town for a doctor," the other says. He runs ten miles to a small town and finds the town’s only doctor, who is delivering a baby. "I can’t leave," the doctor says. ‘But here’s what to do. Take a knife, cut a little X where the bite is, suck out the poison and spit it on the ground." The guy runs back to his friend, who is in agony. ‘What did the doctor say?" the victim asks. "He says you’re gonna die."