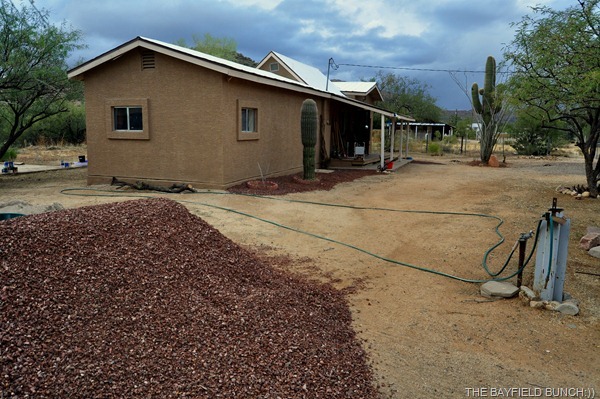 Rain in the desert brings a pleasantly sweet pungent aroma & that was very apparent when I stepped out of the Motorhome under dark cloudy skies this morning. It comes from the many Mesquite trees & shrubs growing here. 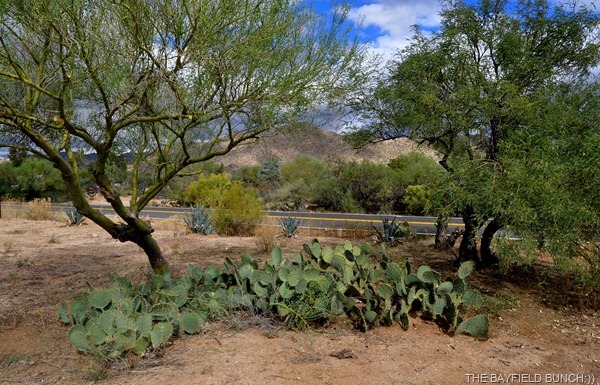 OUR FRONT YARD AREA NEXT TO GHOST TOWN ROAD

Kelly was off to Wickenburg this morning with a grocery list & a few errands to run. I don't know where that Gal gets all the energy. Pheebs & I held the fort down & I spent my day trimming Mesquite & Palo Verde trees at the front of our property right next to Ghost Town Road. Like I've said before, I generally like to trim trees up to the 6' level so I can walk under them without knocking my hat off or poking myself in the eye with low hanging branches. And I tend to either eliminate or cut in close on the Mesquite shrubs. They are the worst for snagging skin when one walks by. The big Prickly Pear Cactus plants I just generally leave alone with the exception of fishing out the dead stock stuff. I like the looks of them, despite their skewering spikes. Cleaned up the remains of 2 Agave plants but we have 4 left which I hope will survive & grow. Love those Agaves. 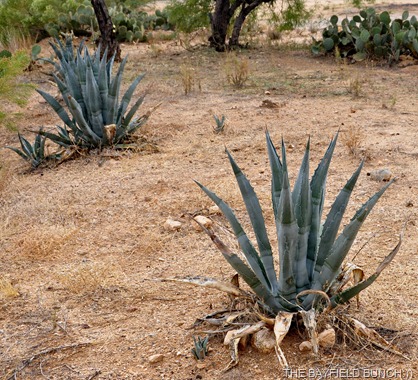 NICE TO HAVE THESE AGAVE PLANTS IN OUR FRONT YARD

Put a few wheelbarrow loads of stones down but I'm holding off for kind of an unusual reason. I need a long handle shovel & good garden rake for this job. The shovel I have been using is a short handled one we normally carry in the Motorhome. To level out the stones I have been using my foot instead of a garden rake. Now here's the odd part. Leaning against the wall a few feet away I have a brand new never used long handled round mouth shovel & garden rake. Bought them in Wickenburg a few days ago. So, why am I not using them? Well, in case we take them back for a refund. The day we bought the new shovel, garden rake & leaf rake, an email rolled in when we arrived home. Some readers may remember me posting about friends John & Jackie (HUDSON HORNETS) moving from Elfrida Arizona to Congress. The email was from John saying, "can you use any garden tools, I've got shovels rakes, etc". They are due to rumble into Congress this week-end with a whole boat load of stuff so I've been waiting to see what John has in the way of garden tools. We might be able to return the new stuff so I have held off using them. 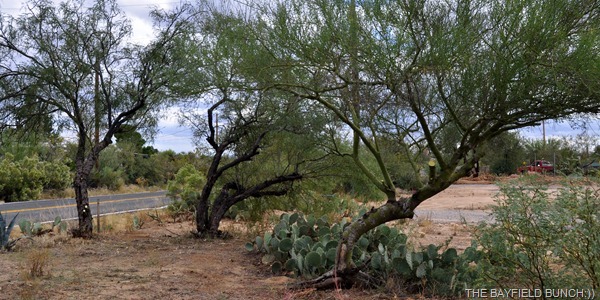 Sooooo nice being outside working on a cloudy day with cooler temperatures. A feller can just keep on going & going without the heat sucking all the energy out of him. I really enjoy creative & constructive yard work so I am one happy camper these days for sure. A darn tired happy camper that is. But, it's a good kind of tired & I like that. We are so fortunate because if we were back in Bayfield with the cold damp weather we'd end up having to just sit in the house looking out the window for most of the winter. No matter what the financial cost of traveling south each season, it pays off a million times over in both the mental & physical departments. I am so lucky to have these projects to work on. 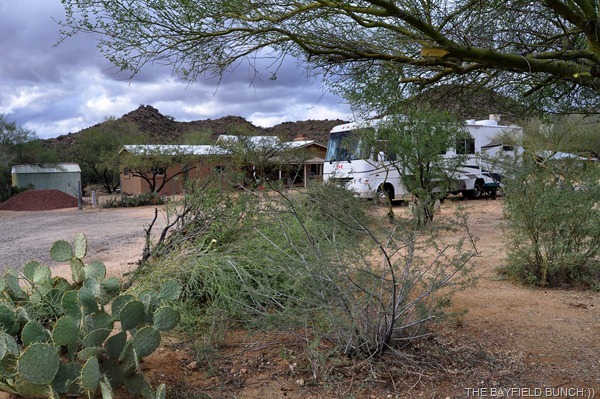 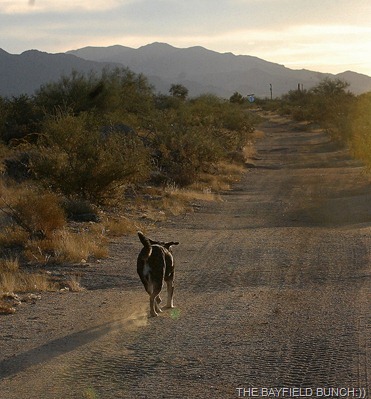 Many of we RVing folks are experiencing the ravages of aging & each individual has their own personal distress list. No, I'm not about to tell you about mine, but you can read Froggi Donna's take on a few ongoing issues she has noticed lately & is dealing with. I think this aging stuff is something we can all identify with. Drop by & see what she has to say about, THE GOOD, THE BAD, & THE UGLY. 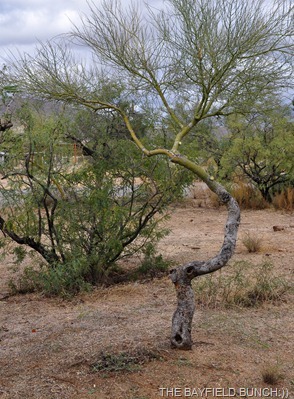 I HAVE HAD TO DO SOME CREATIVE TRIMMING >>>

And for you serious photography buffs out there, you might want to stop by Andy Baird's site & have a read as Andy talks, ABOUT THE PHOTOS.   Professional photographers say, " The mark of an amateur: show everything you've got. Mark of a professional: only show your very best. I guess that kinda puts me somewhere in between the two as an advanced amateur. I'm comfortable there & do try to hold things down to a dull roar in what ends up in my blog. I'm still basically a one shot Charlie though. I do understand the logic of photographing a subject half a dozen times or more & then picking the best one, but that's just taking photography a little too seriously for me, & if I do that, the fun goes out. Maybe it has something to do with my impatience, d’ya think:(( 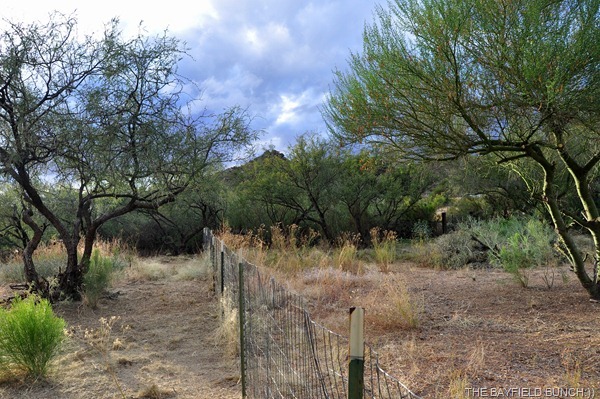 Noticed this morning we have a new Blog Follower. A big southwest welcome to Pia Kaven. We're not doing too much traveling at the moment but if you have a shovel & a wheelbarrow Pia, come on over:)) 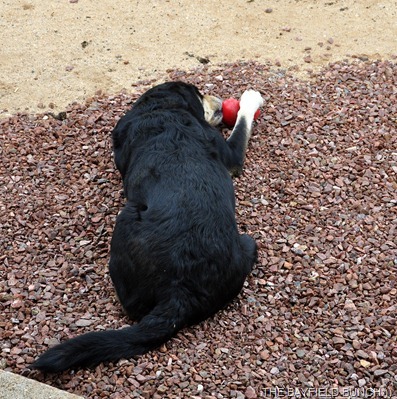 PHEEBS HAS MADE PEACE WITH THE TEST PATCH OF CRUSHED STONE & LIKES IT NOW…ONCE SHE GETS THE PEANUT BUTTER OUT OF THE KONG:))