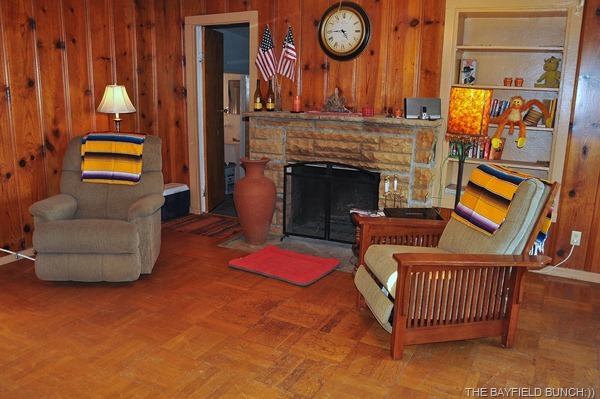 KELLY’S RECLINER ON LEFT & MY ‘MISSION RECLINER’ ON RIGHT
Finished my brush clearing along the back fence line early this morning. Hoping this will save us a couple dollars. The fence guy doesn't have to do it before starting the fencing. Of course I am getting the cart before the horse because we still have not heard back from the fencing guy. Oh well, when we do, he won't have to waste his fine fence talents clearing pesky brush. 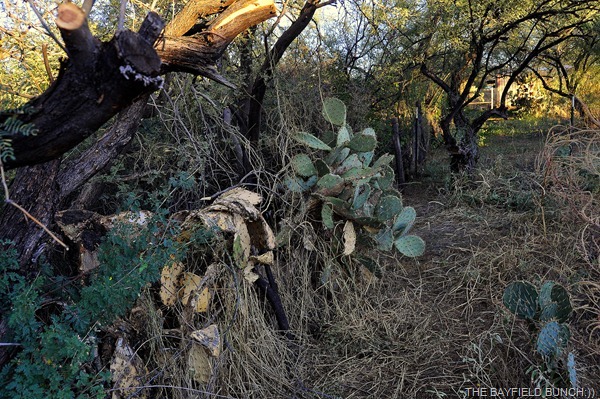 THE OLD RUSTED FENCE RUNS THROUGH THAT CACTUS & I HAVE CLEARED EVERYTHING BACK FROM THE FENCE LINE FOR A COUPLE FEET
By 9 a.m. I moved inside out of the sun & busied myself hanging pictures & putting up some lighting around the front porch. Kelly was off to Wickenburg to do some wheeling & dealing on a couple pieces of furniture. Once a week into town is plenty for me & having just been to Wickenburg Monday, that was enough of that & I was glad to stay home. Fired up the IPod/Bose & had the old house just a swinging. Probably been a few years since Glen Miller, Benny Goodman & the whole crew from the Big Band Era shook the aging rafters in our little Ranch house.  Don’t want to shake em too hard though.  Not a level floor in the place or a square corner anywhere, but it sure suits our lifestyle & we love it. Besides, we are both a little off center ourselves, so the house is a good fit for us:)) 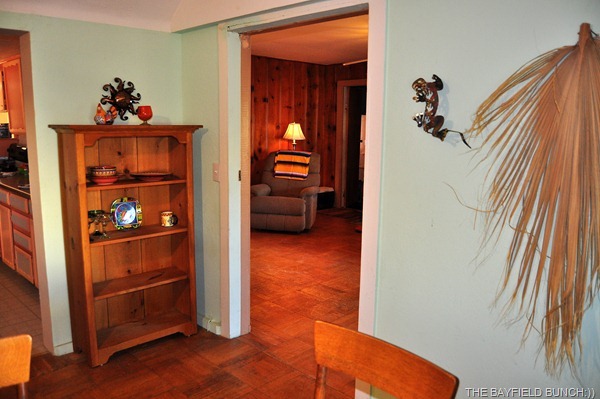 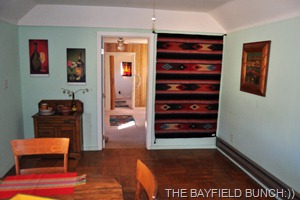 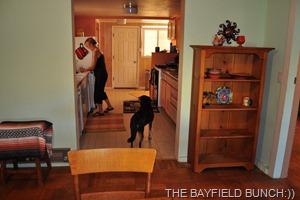 Glad to finally see this day arrive & be over with. Maybe politically minded people can get back to showing a little civilized good will towards one another again. Politics sure have a habit of bringing out some of the worst in people. As we traveled across the States last week & turned our television on at the end of each day it was simply sickening to hear the areas repetitive local politicians trashing each other over & over & over again.  Soap Opera theatrics, gutter sniping, slime balling....& worse. Almost made me want to up & spit on the floor!!  Politics….baaaa Humbug!! 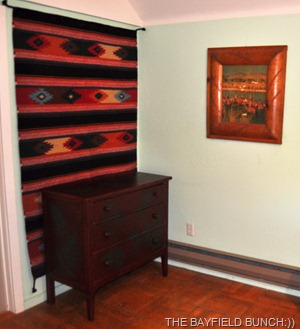 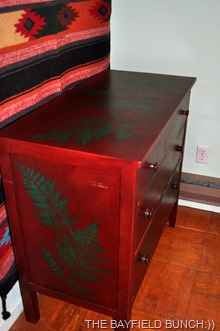 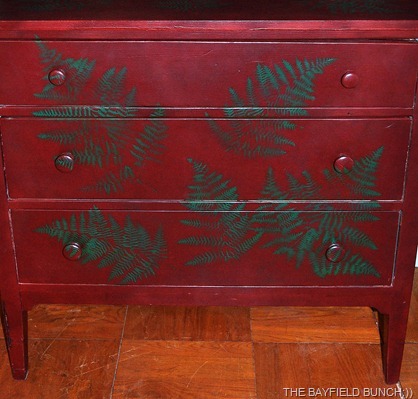 KELLY FOUND THIS RATHER UNIQUE DRESSER
Kelly was home about 2:30 & said some furniture was on the way. She had swung a deal with the same place we had bought some stuff last March. We decided over the past few days the sofa we had bought was not comfortable. In Bayfield, we both like our recliners so Kelly swung a deal with the lady to take back the sofa in exchange for a couple recliners. No, not a straight exchange:((   Keep in mind, this is all used furniture I'm talking about here. 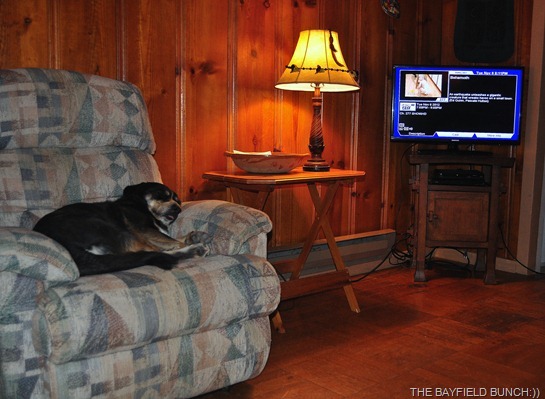 AND WHY 3 RECLINERS?  WELL, THERE ARE 3 OF US YOU KNOW 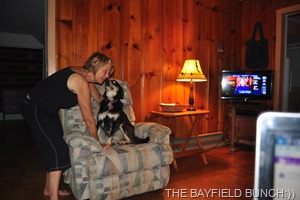 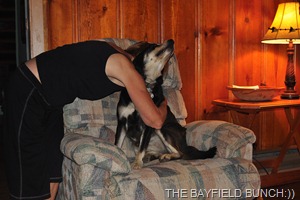 Couple fellas showed up about 5 this afternoon with the recliners plus a few other things Kelly had found.  Loaded the sofa onto their utility trailer & they were off back to Wickenburg. 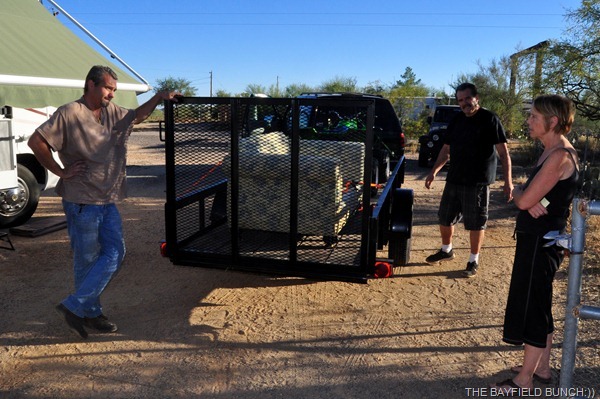 GLAD TO SEE THE SOFA GO, IT JUST WASN’T COMFORTABLE
We spent the next half hour or so playing musical recliners.  What goes best where & who wants what chair.  Finally worked it out & I ended up with a different recliner.  Pheebs ended up with my old recliner & Kelly ended up with her own recliner.  And a good time was had by all:)) 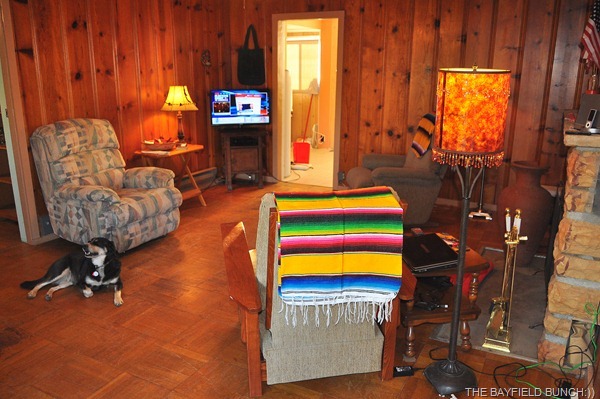 Kelly & were very flattered this morning when we read JoAnn Dubrouillet’s 'BAYFIELD' segment of her recent trip to Canada. JoAnn & friends Kathy & Larry visited us back on SEPTEMBER 17TH. Thanks JoAnn & it was great to see you:)) 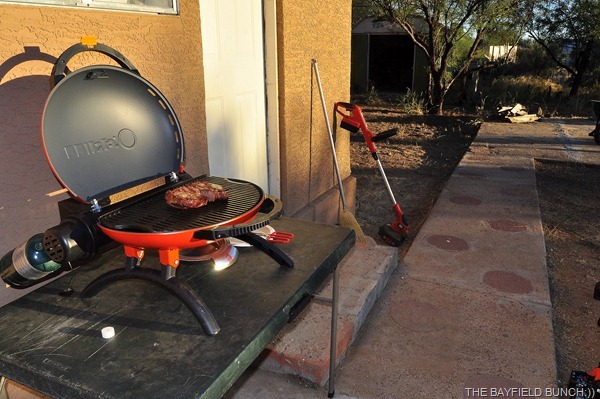