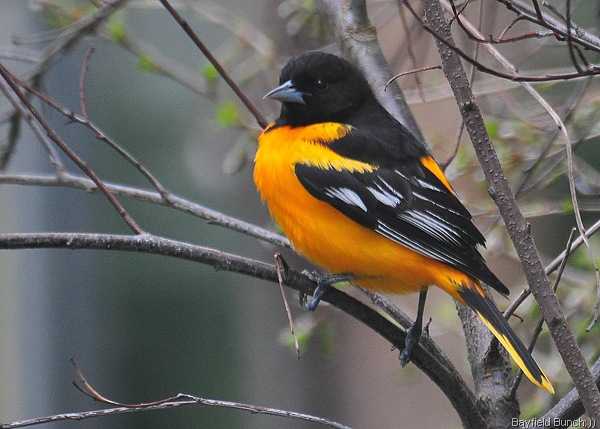 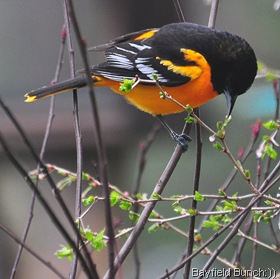 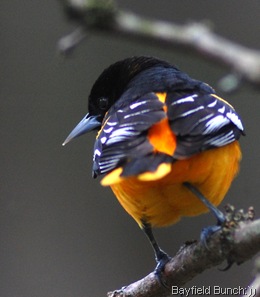 Had ourselves a cloudy day so this morning Me & the Motormouse watched the 3 Stooges on television & this afternoon we caught Humphrey Bogart in Key Largo.  Well, the Motor slept through most of the movie but I watched it.  First old movie I have seen in many, many years.  It's very rare for me to sit through any movie on television but today was the exception.  I prefer movies in theaters with big sound, big picture, no commercials & no distractions...........10-4!!  Oh, & no popcorn either!! 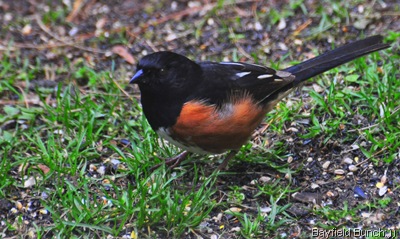 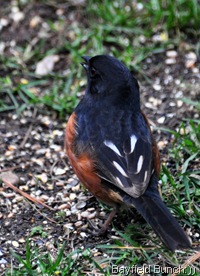 COULD THIS BE THE FEMALE ORIOLE JUDY?  DOESN'T LOOK LIKE WHAT MY BOOK DESCRIBES AS THE FEMALE.......MALE TOWHEE  MAYBE??

Two RVing Bloggers on our sidebar coincidentally landed in the same RV Park a few days ago.  Jerry & Suzy from OUR LIFE ON WHEELS has rolled into the same BOULDER CREEK RV PARK near Lone Pine California that Joe & Nancy from the RVING BEACH BUMS are in.  Might be some RV tall tale’s rolling around the campground over the next few days:))   When we left Lone Pine back in March we stopped at the Boulder Creek Park to dump our tanks before heading off through California’s Death Valley to Nevada’s Valley Of Fire.  Thought the Boulder Creek Park looked well maintained. 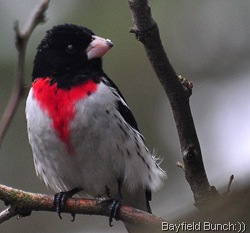 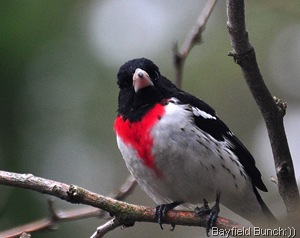 Ivan has finally made it back home to the beautiful Lake Louise area of Alberta Canada.  As anyone knows who has traveled through that area, it just doesn’t get much prettier than the Canadian Rockies in them there parts.

Thanks to Phil in Phoenix Arizona for letting me know the Tavistock link in Saturdays blog did not work.  I have since fixed it in yesterday’s post but will place it here again as well…TAVISTOCK...SMALL TOWN SATURDAY NIGHT. 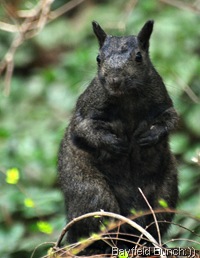 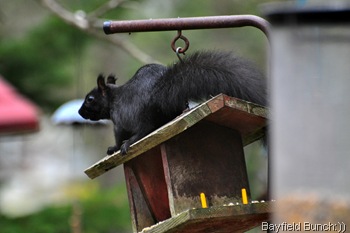 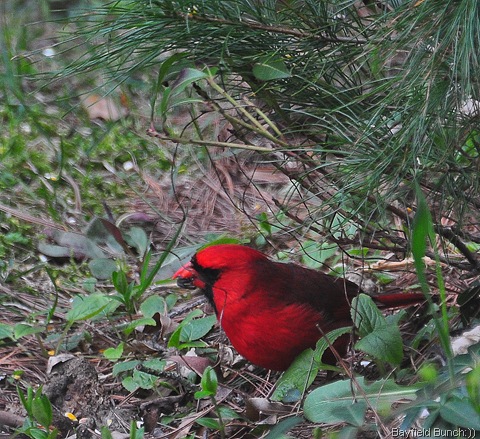 GROANER’S CORNER:((  Did you hear about the guy who played golf on Christmas and
accidentally hit a bird?
He got a partridge on a par three.

Why did the talking bird join the army?
He wanted to be a parrot-trooper.

What do you give a sick bird?
Tweetment.

What happened when the owl lost his voice?
He didn't give a hoot.