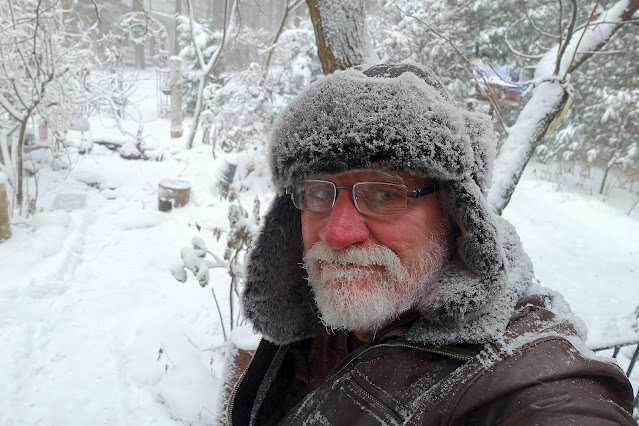 Looking out our window first thing this morning we could see the predicted winter storm had arrived.  Everything was white and getting whiter.  Kelly and Pheebs headed out for a walk and when they returned Pheebs and I took the Jeep for a 4-wheel drive into Bayfield. 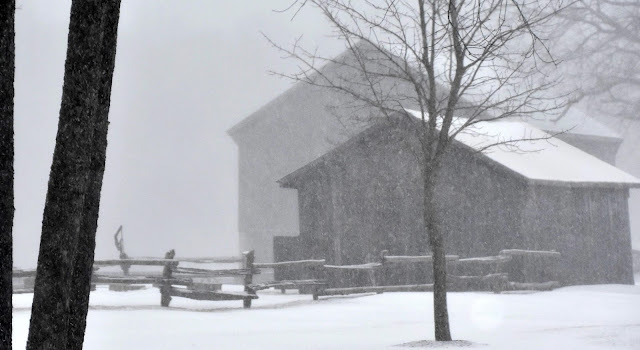 Not many people out and about this morning and hardly any traffic moving around anywhere.  It was nice having the roads and Bayfield streets to ourselves. 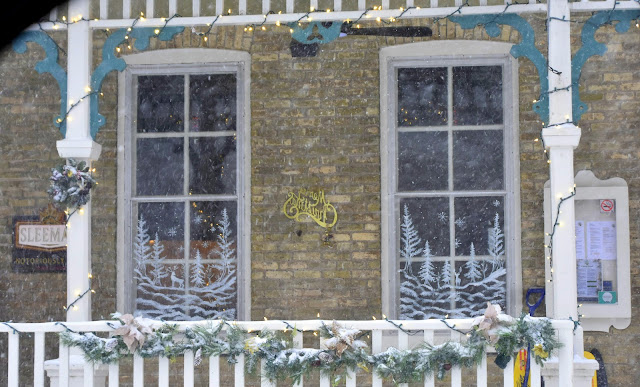 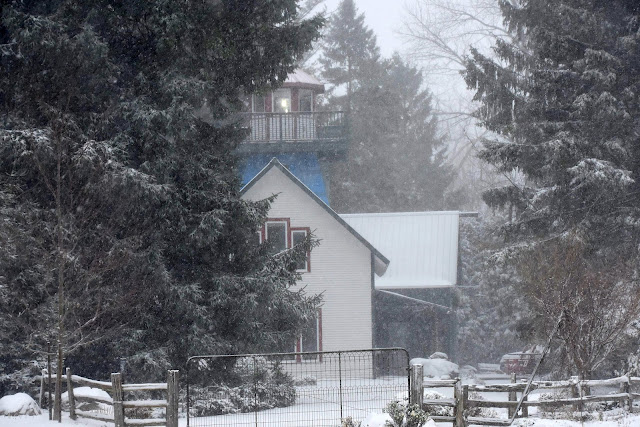 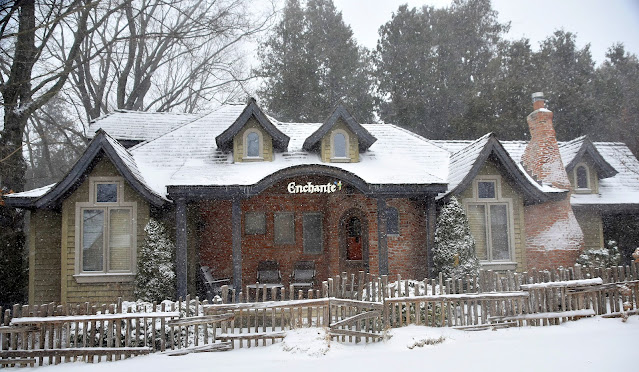 Aside from tiring quickly and feeling a little weak at times, Kelly is on the mend saying she thinks the two new medications she is on now might be making her feel a little better.  She had two nights of good sleep and which is very rare for her.  And, amazingly enough, the terrible itching she always has, has ceased since the night she took sick last week.  And, speaking of Kelly, December 23rd has always been a special day in the Knapp family.  Kelly's brother Peter posted this in Facebook today.... "Today was our mom’s and our dad’s birthdays (dad 1918 & mom 1924). Two days before Christmas was always tricky when we were kids. Dad was a mailman usually working overtime at Christmas (How many of you remember occasional “2 mail deliveries a day” just before the 25th?) And of course, we were usually low on money at that time of year. Once we became adults we made special efforts to make up for lost celebrations and treat them to special dinners and cakes." 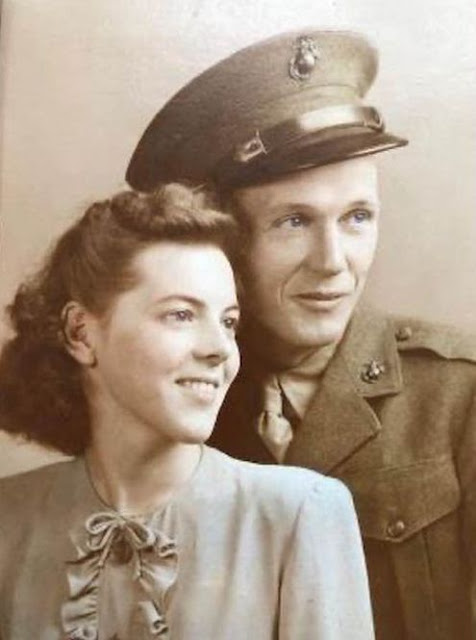 They both lived long and full lives and are missed by their extended families. (Note: this is their wedding picture. Dad was in the marines and came home in August 1943 to marry mom in the family home in Manchester, NY. Soon after that he shipped out overseas and fought in the battle of Iwo Jima in 1945. She did not see him for 3 years.Our bird feeders were sure busy today and the dozens of little birdy guys kept me on the go keeping the feeders topped up and the snow shoveled away to make clear spots on the ground for the Dark-Eyed Juncos who prefer feeding on the ground.  What a nice feeling it is to be able to help them and see them all happily bouncing around in the front yard. 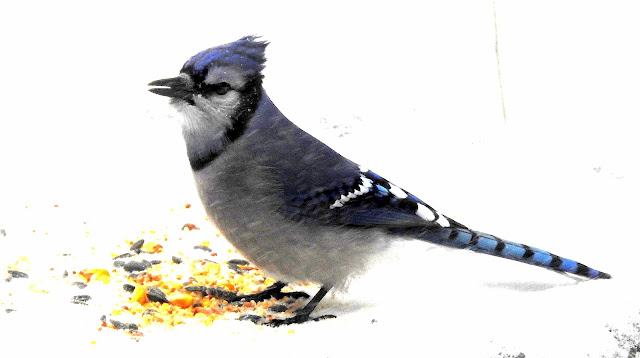 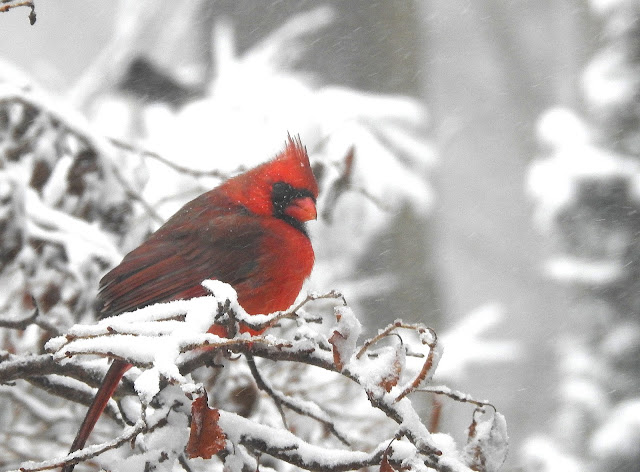 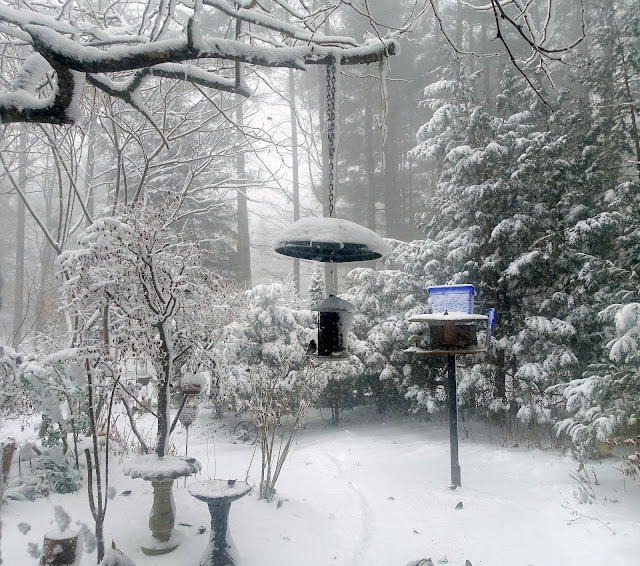 It was 2:30 when I figured I had better get myself out the door and start shoveling some snow.  Checked the temperature and it was 14F with a wind chill of -8F.  And there sure was a lot of wind blowing the snow around.  In fact, as the storm intensified, the snow was blowing sideways through our front yard.  And that despite us living in a very protected Pine forest.  Checking the weather channel I saw a lot of area roads and highways were already closed and at the time of posting tonight the Ontario Provincial Police had closed ALL roads in Perth and Huron Counties.  We expect this storm to continue overnight and all day tomorrow.  We have been very fortunate so far that our power has not gone out:(( 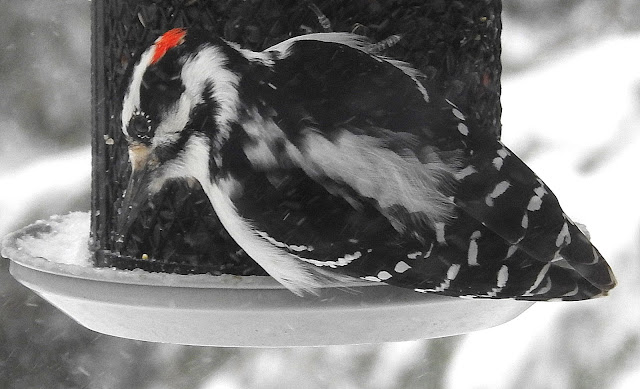 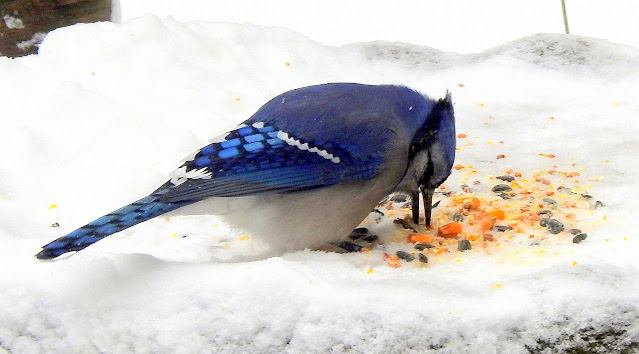 After finishing my Anne of Green Gable books a while back I next chose a book entitled, Where The Forest Meets The Stars. by Glendy Vanderah.  It was the book's title that grabbed my attention so I decided to give it a whirl.  I found this fiction book entertaining and suspenseful but I was hoping for of a meaningful thought-provoking ethereal ending.  Instead, it had a normally nice ending which is fine of course but I was looking for something else.  Following this book I read a very short factual book called California Gold Rush: A History From Beginning To End.  I just finished that one today.  My next read in the queue is Rocket Boys by Homer H. Hickam Jr.  I have a feeling I may have already read this book.  With my memory being the way it is I may find out that I actually did read it but it will be new to me again because my memory may not have retained the memory from the first time I read it.  Oh the wondrous joys of aging eh!! 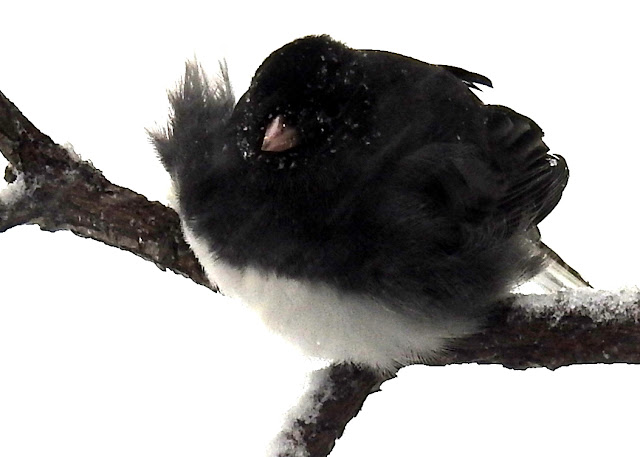 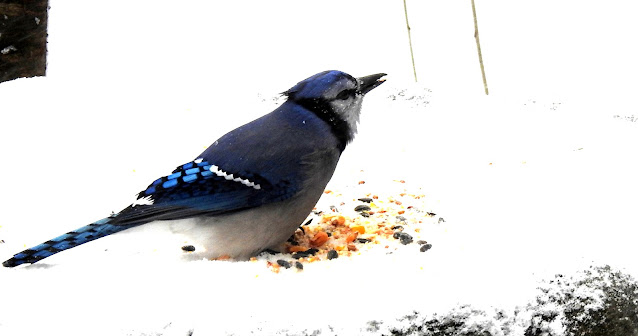 Well, I guess it looks like Christmas is upon us for another year.  Merry Christmas and Happy Holidays to everyone.  Under the Christmas tree this year I hope everyone gets what they want and want everything they get.  And of course, here's my favorite Christmas song by Chris Rea.  Driving Home For Christmas  And, with this year's severe winter storm upon us right now the accompanying video with this song is quite appropriate for this Christmas Season I'd say:)) 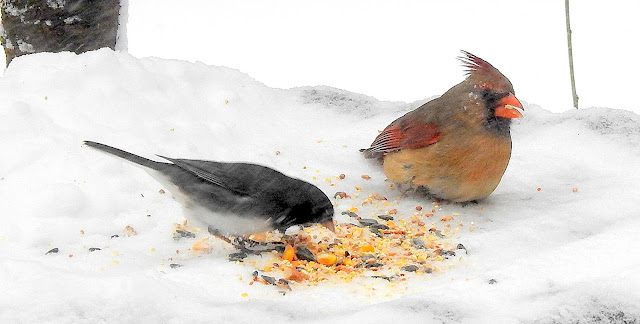 Oh, and if you don't see a blog post from me on Christmas Eve it will probably be because the storm has knocked out our power and we are huddling to stay warm in our RV.  And, I'm going to post this early tonight in case the power does go out!! 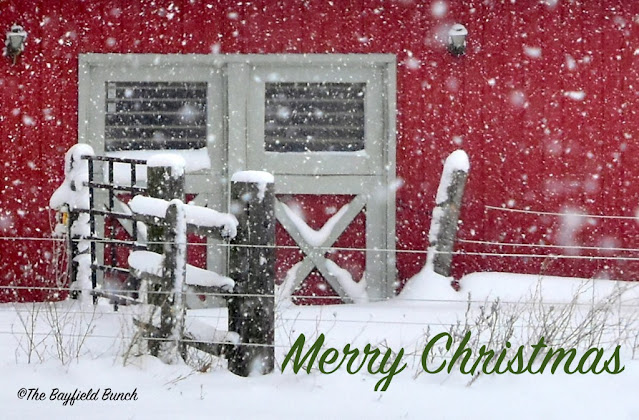 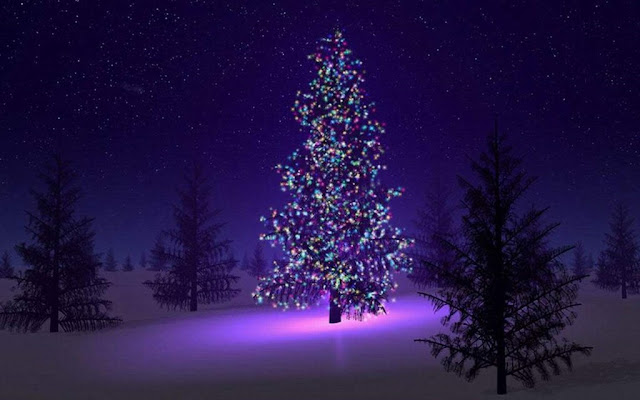 GROANER'S CORNER:))  I bought this thing for my car which when you put it on it sends out this little noise, so when you drive through the woods, deer won't run in front of your car, they will run the other way. I installed it backward by accident so when driving down the road now the deer chase me.

I just had a call from a Charity asking me to donate some of my clothes to starving people throughout the world.I told them to buzz off!!!!!  Anybody who fits into my clothes isn't starving!! 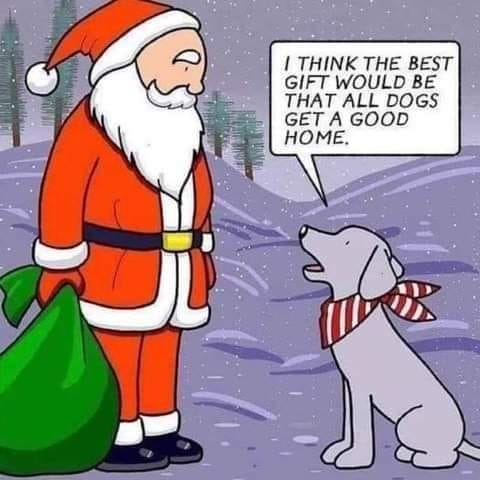 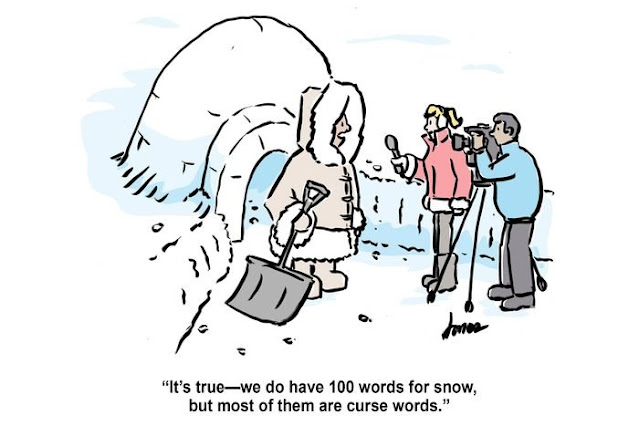