WE TOOK SCOOTER OUT FOR FISH&CHIPS THIS AFTERNOON

Whoever heard of wearing short sleeve shirts in the month of November of all things!!  Well, here in our neck of the woods that is exactly what I have worn for two afternoons in a row.  I think we may have broken some more temperature records today.  We climbed to over 70F again. 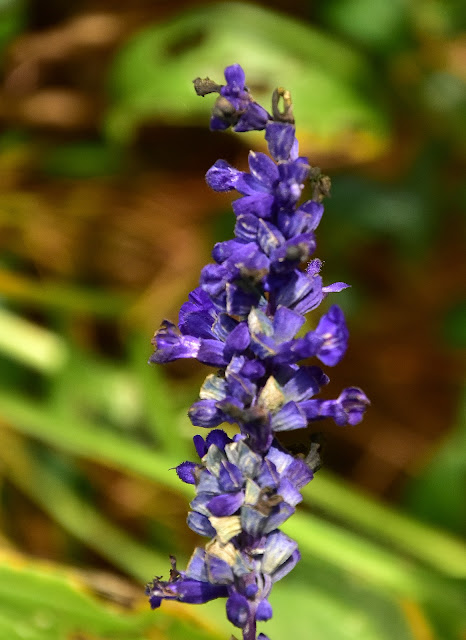 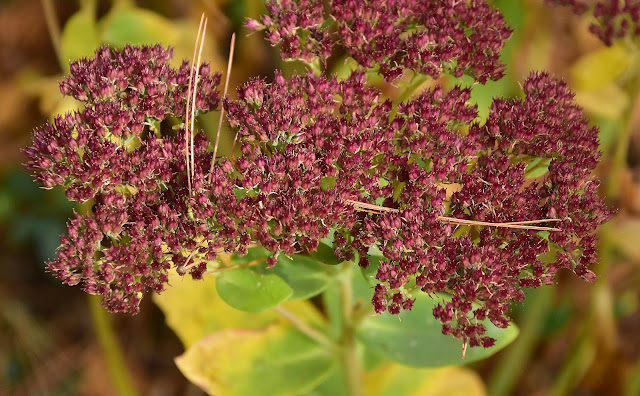 Pheebs and I wandered into Bayfield this morning to check on the main street construction.  They are moving right along and I see they have already done some sodding and landscaping.

Scooter was due for a run so all three of us piled into our Winnebago Class C early this afternoon and headed to Goderich for fish&chips at the Goderich Harbor Restaurant on the north side of the harbor.  Some may remember we did the same thing back in the Spring.  Despite the high winds it was nice sitting in the rig at the east end of the harbor eating our curds and whey.....oh wait a minute, that should read eating our fish&chips.  Lots of places have fish&chips but we really like the way they do their haddock fish here.  It's done the old way with a crispy crunchy thick batter and in my opinion, it's the best around.  The chips were great too. 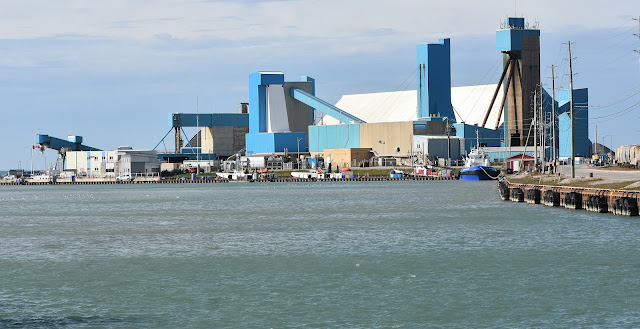 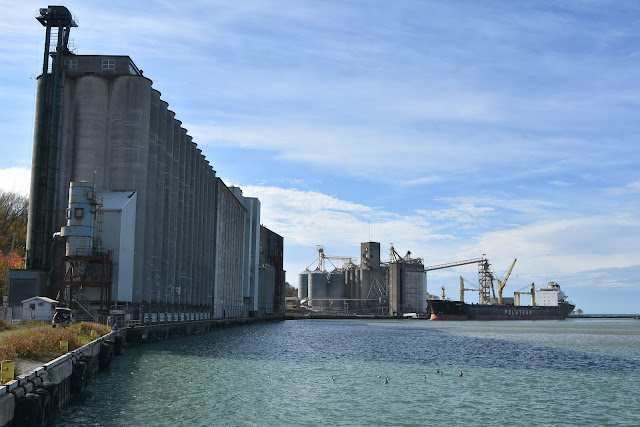 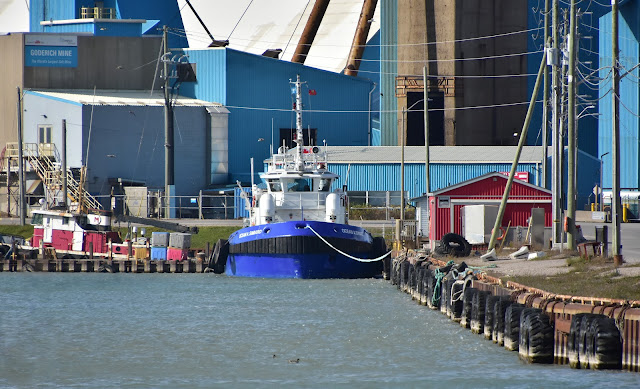 Wind warnings were out today and we had thought about not taking the rig but it didn't seem too bad.  That is until we left Goderich for our return trip and were buffeted by heavy head-on and crosswind gusts all the way home.  But it wasn't as bad as if we had been driving one of our Class A rigs.  Scooter handled the wind just fine and besides, for anyone who has battled the big winds out west out on the plains and in the mountain passes, these big winds around here seem more like mere summer breezes. 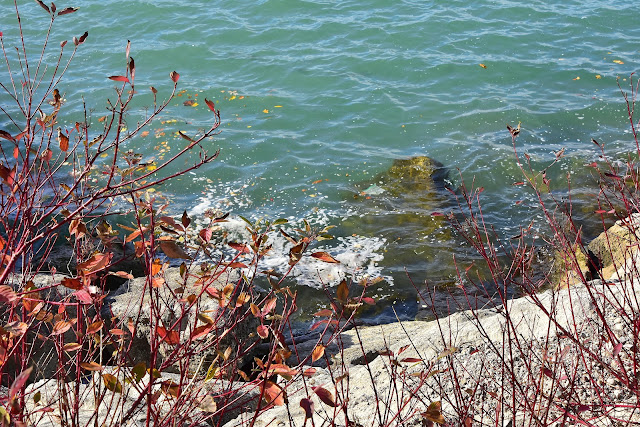 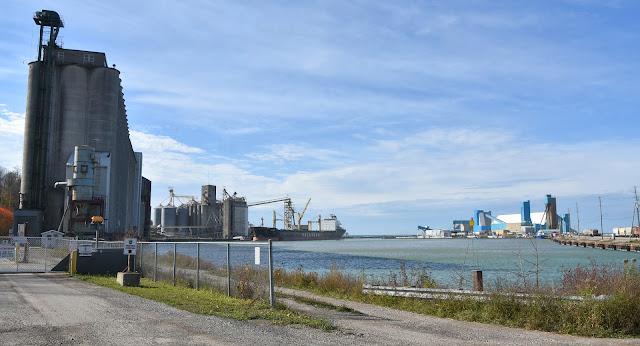 Home again I hauled out the garden hose and a big bucket of warm soapy water and washed all the undercoating stuff off the Subaru.  Kelly said it says on the Krown Rustproofing site that they will wash the car and clean the windows after it has been undercoated.   The Krown Rustproofing guy in Stratford Ontario did neither.  Kelly didn't waste any time getting on the phone with the Krown Rustproofing headquarters to let them know about their Stratford franchise.  I would never take a car there again and the only reason I did was that the Krown Rustproofing place in Goderich couldn't do it until December 15th.  Anyway, Subie's all cleaned up now and feeling much better. 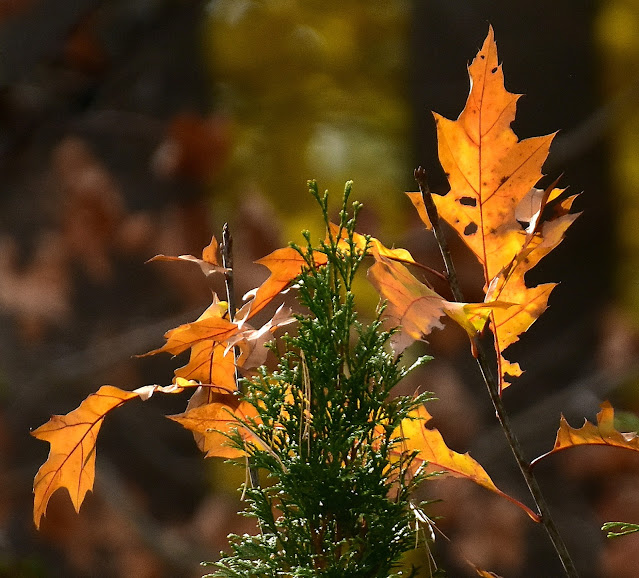 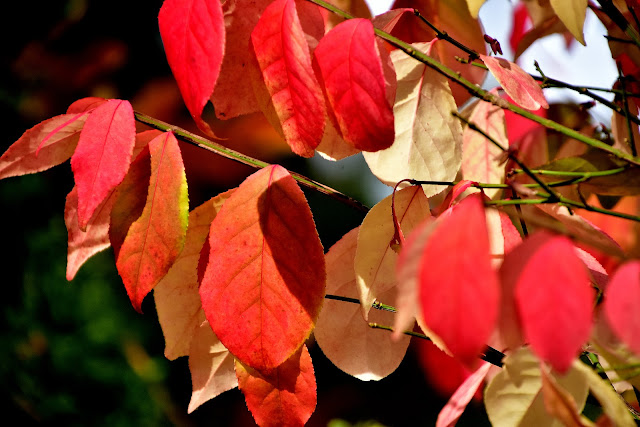 Ellen's Groove:)) Another short little diddy from Ellen plucking a few strings in a guitar shop somewhere. Probably Las Vegas where she lives.GROANER'S CORNER:(( Muldoon lived alone in the Irish countryside with only a pet dog for company. One day, the dog died, and Muldoon went to the parish priest and said, "Father, my dog is dead. Could ya' be sayin' a mass for the poor creature?" Father Patrick replied, "I'm afraid not. We cannot have services for an animal in the church. But there is a new denomination down the lane, and there's no tellin' what they believe. Maybe they'll do something for the creature."Muldoon said, "I'll go right away Father. Do ya' think $5,000 is enough to donate for the service?"Father Patrick exclaimed, "Sweet Mary, Mother of Jesus! Why didn't ya' tell me the dog was Catholic?"

- The best way to keep kids at home is to make the home a pleasant atmosphere and let the air out of their tires.- Car sickness is the feeling you get when the monthly car payment is due.

- My mind not only wanders, sometimes it leaves completely. 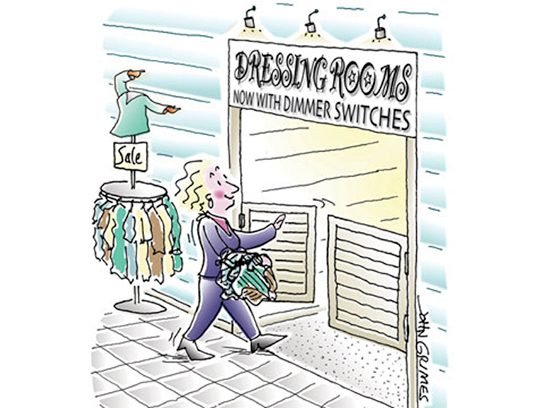 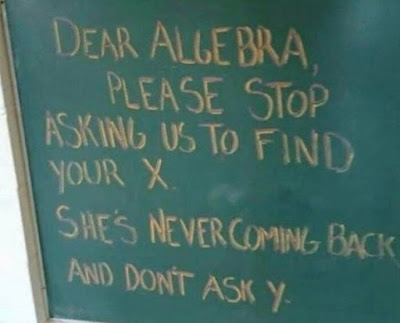