Upon awakening this morning and looking out of our large east-facing living room window I could see there was only one leaf left on our Redbud tree.  And the predominant color outside was grey.  Yes, the month of November is finally showing her true color.  Well, what can I write about now that isn't humorously self-deprecating and goofily gloomy.  It is the dark season upon us for mental slippage but I am up for the challenge and shall try to keep my brightest thoughts and positive attitude foremost in mind and at the top of my 'happy face' list when composing my posts.........With morning temperatures at 39F, and for the first time in over seven months, I slipped into a pair of my lined winter pants this morning as well as a long-sleeved warm T-shirt.  Pheebs, with her 'all-season' fur coat, luckily didn't have to make any changes for the colder weather.  So, with Pheebs window down and the Jeep's heater on we took a drive into Bayfield to see if we could find the 'Sticks Library'.  A hot tip from a Bayfield resident said we could find it at 11 Louisa Street and by golly that is right where we found it.  Feeling the need for some different scenery we decided to head on down to Grand Bend for a look around.  It's probably been nearly a year since we were last down around that way.  Choosing some back roads to reach our destination we quite unexpectedly came across a big corn dump in the ditch.  I think my heart even skipped a beat when I saw it.  Kind of like an old prospector coming across the 'Mother Lode'.  I immediately stopped and filled up my buckets.  I'm trying to decide now whether to rent a U-Haul trailer and go back for the rest:)) 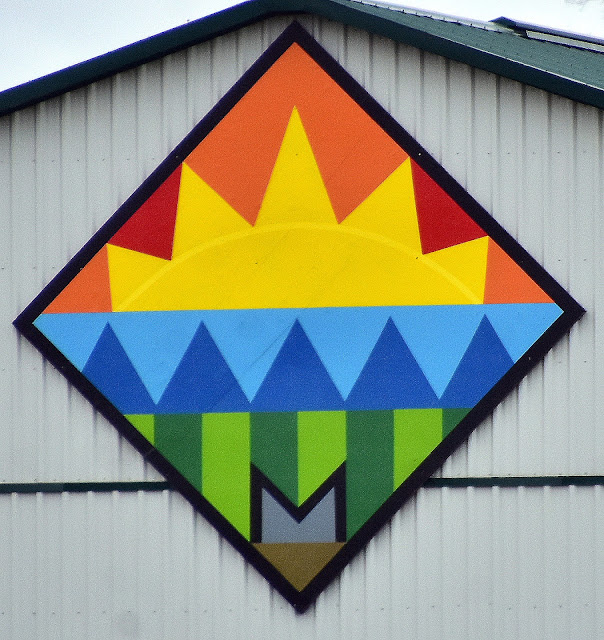 Oh my, how the small lakeside hamlet of Grand Bend is rapidly changing.  Number 21 highway from the main intersections heading north for about 4 blocks is all torn up.

Turning west onto the Bend's main drag heading down to the lake was another surprise.  A number of older buildings have been torn down and replaced with larger two and three-story modern-looking buildings.  I would say nearly a third of the old buildings are gone now and with the amount of main street reconstruction I saw going on I would say the old Grand Bend will at some point finally be replaced by the new Grand Bend. 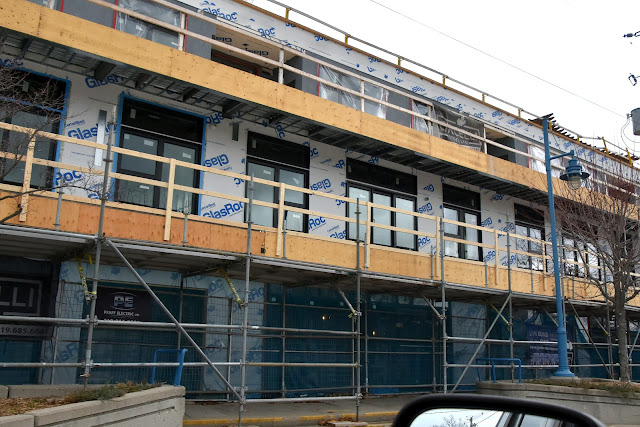 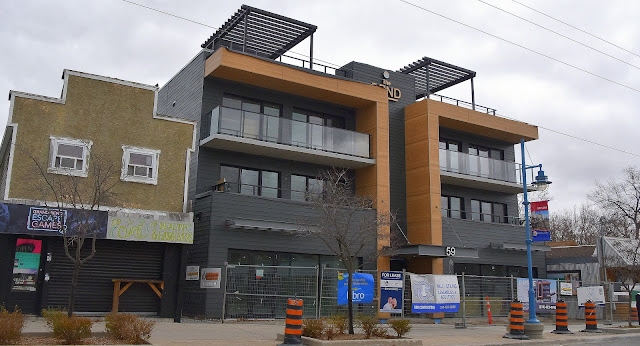 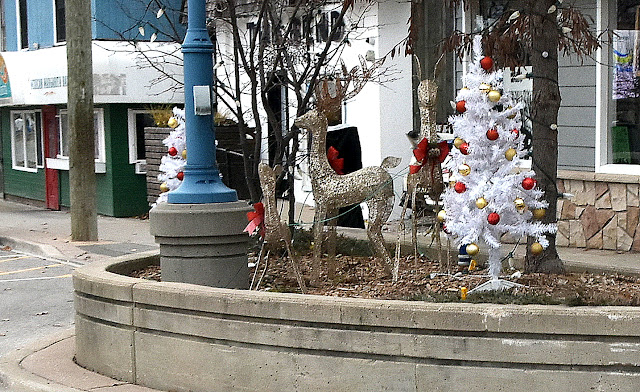 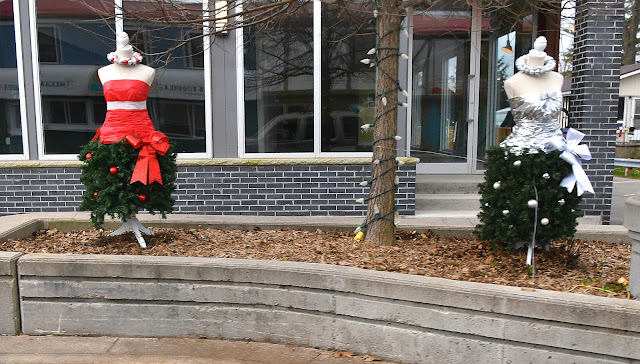 Beginning with Grand Bend's total beach reconstruction years ago this once small rag taggle wild and wooly little southwestern lakeside summer hot spot has really pulled up its socks and is transforming itself into a rather sophisticated class act.  Quite a welcome change from the loud and noisy knock-em-down and drag-em-out dusty little lakeside burg of a place I remember from the early 60's. 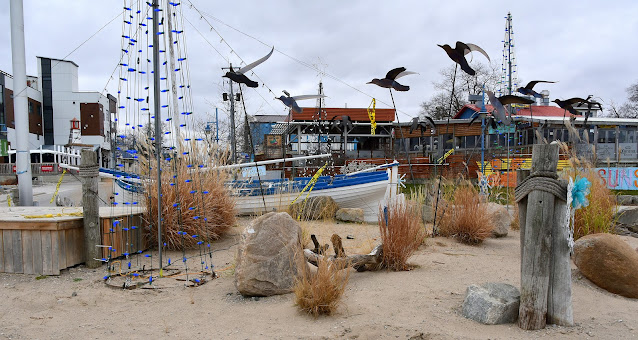 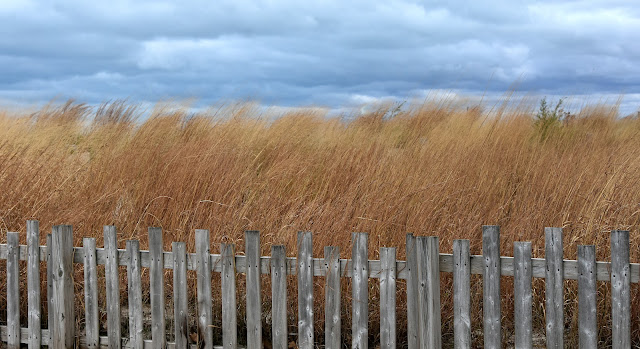 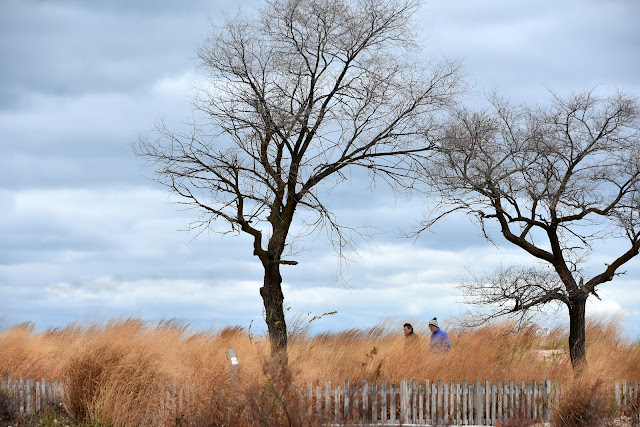 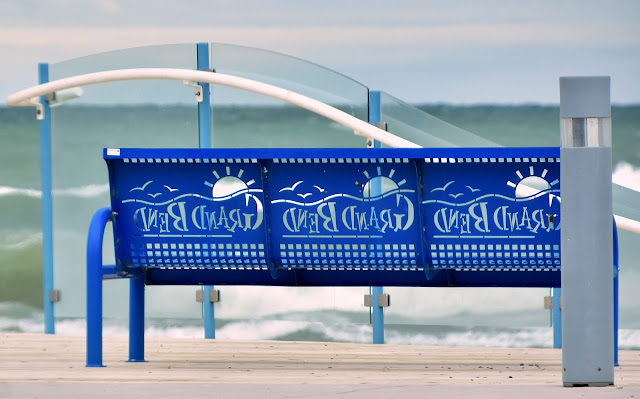 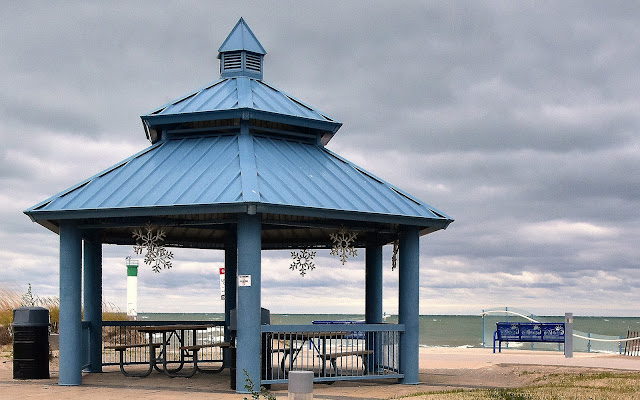 From Grand Bend, Pheebs and I once again climbed aboard a few good old country roads and made our way back to Bayfield.  Came across a few more corn spillages along the way but my buckets were already full.  Ain't it just the way of things!!  Home again, it was nice to stay inside where the air was all nice and toasty warm.  Later, while topping up the birdfeeders a passing snow cloud dumped a short feathery mist of freezing rain on me before moving on.  Snow clouds can be like that sometimes................

GROANER'S CORNER:((  Little Johnny's father took him on a fishing trip to Canada.  On returning home after catching only three fish his father says, "The way I figure it each fish cost us $400!"  Little Johnny replied, "Well, at that price it’s a good thing we didn’t catch any more of them than we did."

If you get nostalgic about childhood camping trips you are just living in the past tents.

A Sunday school teacher asked her second graders if anyone knew another name for God. She was picturing answers like 'Lord' or 'Almighty'.After a long moment of silence, a little boy raised his hand and said, "Howard." "Howard?" replied the confused teacher. "You know," continued the boy, "Howard be thy name." 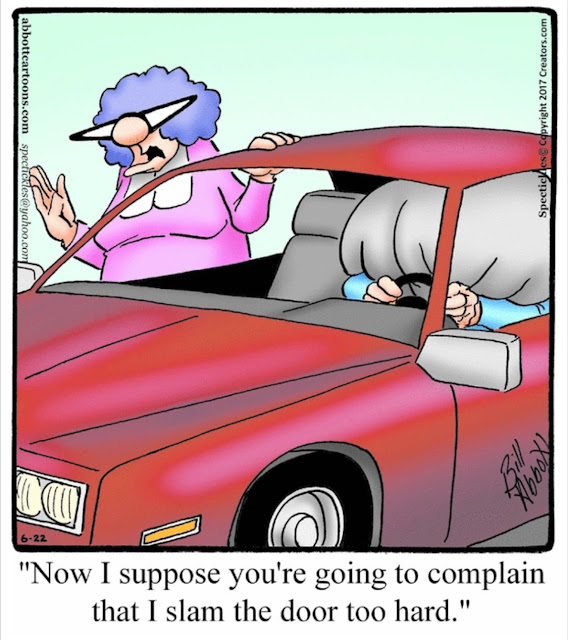 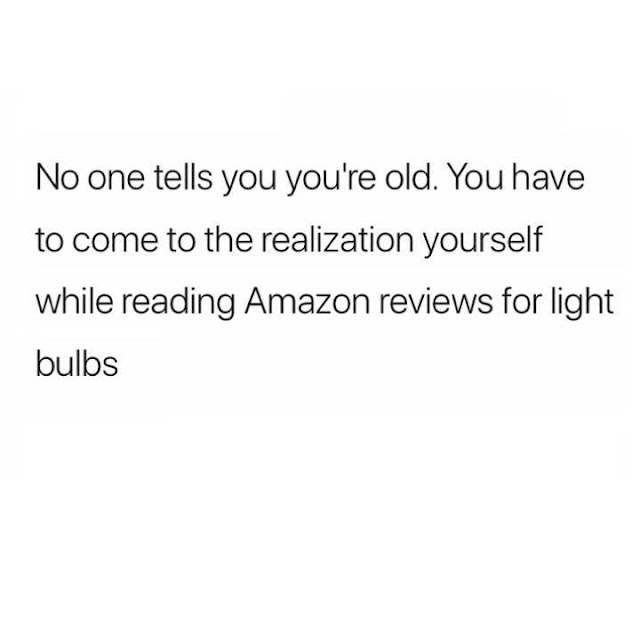