MY COUSIN LARRY AND TOAD HALL 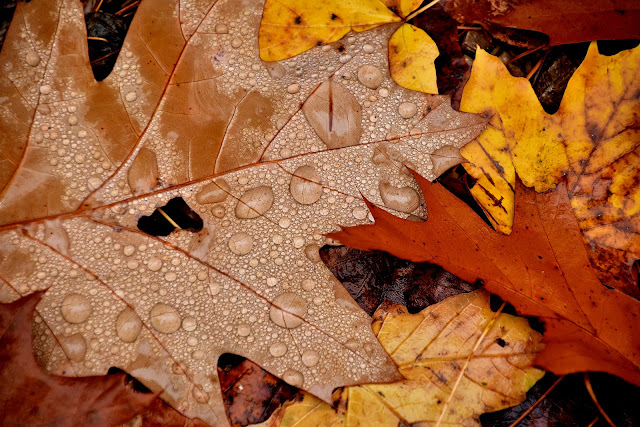 This past Sunday morning on Google Maps I checked a street address in Blyth Ontario and moments later it was all three of us under sunny skies in the Subaru heading to Blyth.  Kelly had a purse she sold online to a lady there and we thought it a nice quiet morning for a drive to deliver that purse.  And, as it turns out, it was.  So nice just to get out of the house with a reason to go somewhere.  Now, this is going to be a bit of a lengthy post with some twists and turns, so hang on and try to follow me. 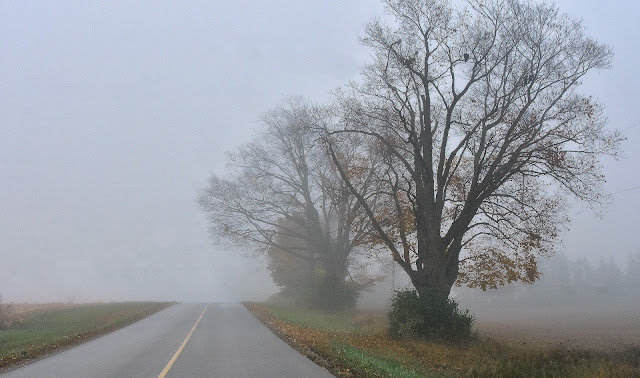 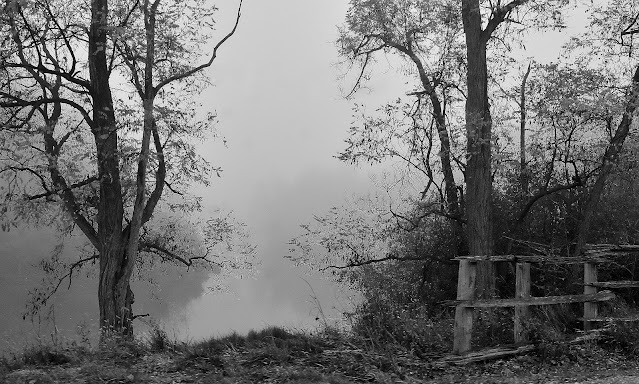 Returning home from our drop-off in Blyth a few hours later I sat down at the computer with the Google Map App still open on the screen.  I quite often like to fly myself around to near and far places on Google Maps and this morning was no exception.  Zooming out I was looking at some old familiar spots along the southern coast of Georgian Bay when I spotted the town of Owen Sound.  I don't really have any connections or memorable memories with Owen Sound but it clicked in my mind that this is where my cousin Larry Bossence had lived.  And of course, thinking of Larry took me back to childhood memories of him, his brother Tim, and two other brothers, cousins Bruce and Fred.  We played together a few times at our Grandma and Grandpa's house on Wellington Street in Stratford Ontario as kids around 8 or 9 years old and I still fondly remember those times. 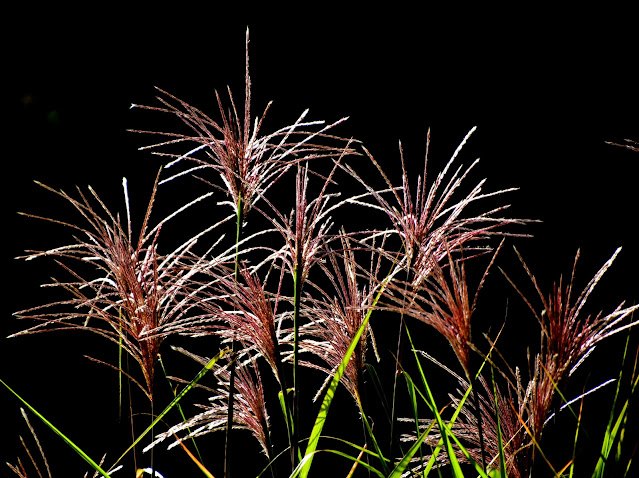 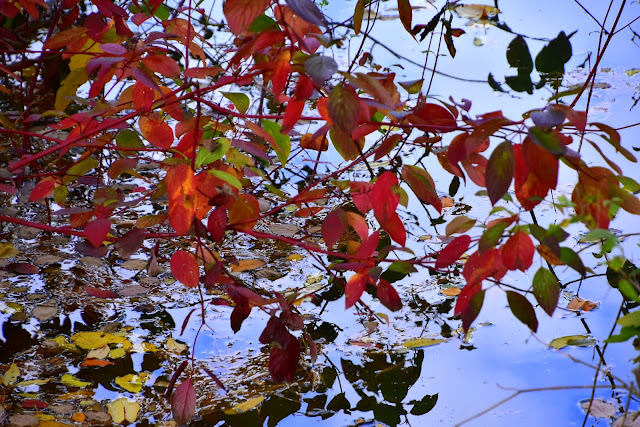 As the years passed, I didn't see much of my cousins after those early boyhood years.  They all lived in Stratford and I lived in Tavistock.  Over the years I would hear a few things now and again from my Dad about what my cousins were up to.  My Dad lived in Stratford so he was in touch with family there.  I heard a few things about Larry being a little odd and a different kind of character.  He was a postman and married but seemed a little reclusive, not into visiting, or attending any family-type functions, etc.  (Oh Gee, I wonder if I know anyone else like that) 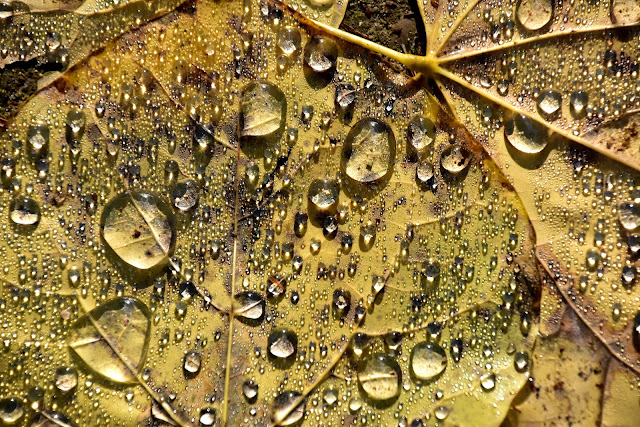 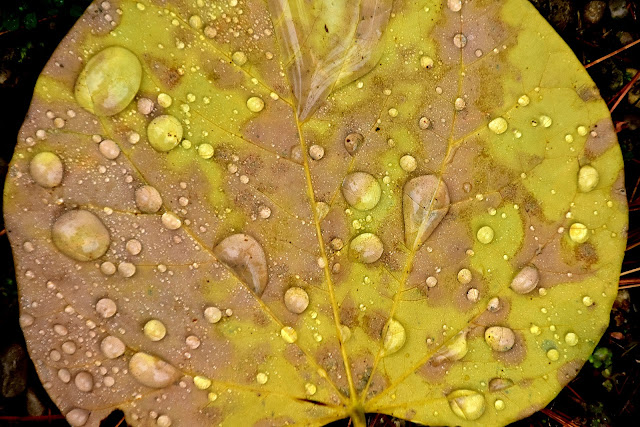 West of Wiarton Ontario at the foot of the Bruce Peninsula is a small hidden away lake at the end of a long dead-end road.  Around the east side of that lake, my Dad had a cottage.  He loved to fish and so did my cousins Larry, Tim, Bruce, and Fred.  So much so that they all had cottages on 'Boat Lake' and they were all about a stone's throw away from each other.  Oh, there were a few other cottages there too but I think with the dominant Bossence presence they could have called it Bossenceville, Bossenceburg, or Bossenceburgerville.  Bossences' are everywhere there it seems.  It was something my Dad told me about Larry's cottage at Boat Lake that stuck with me through the years.  He said Larry called his cottage 'Toad Hall' and he had a plaque outside stating that too, so every time I thought of Larry I thought of Toad Hall. 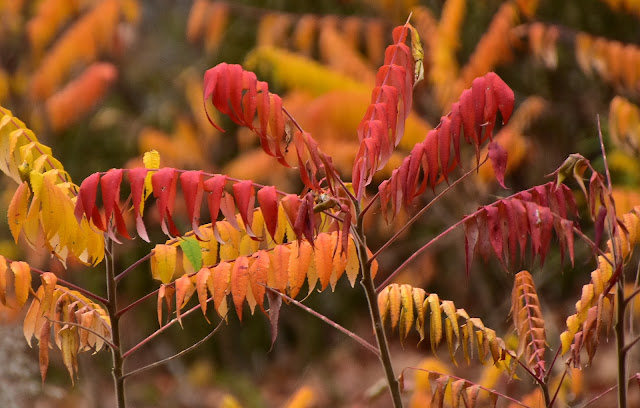 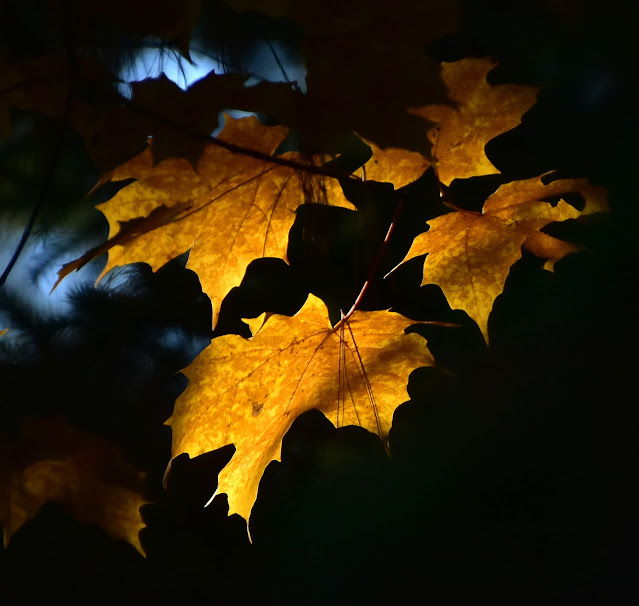 It had been about twenty-five years since the last time as kids I saw or spoke to Larry, but one night while sitting alone in a Stratford Pub (the Dominion House) someone walked over to my table and said hello.  I right away recognized the aged face of my cousin, Larry.   I was not only surprised to see him in a pub but surprised he spoke to me because I had heard he wasn't much for speaking to people.  Well, that's what I heard anyway.  And then, I was doubly surprised when he pulled up a chair, ordered a couple beers, and began talking to me. 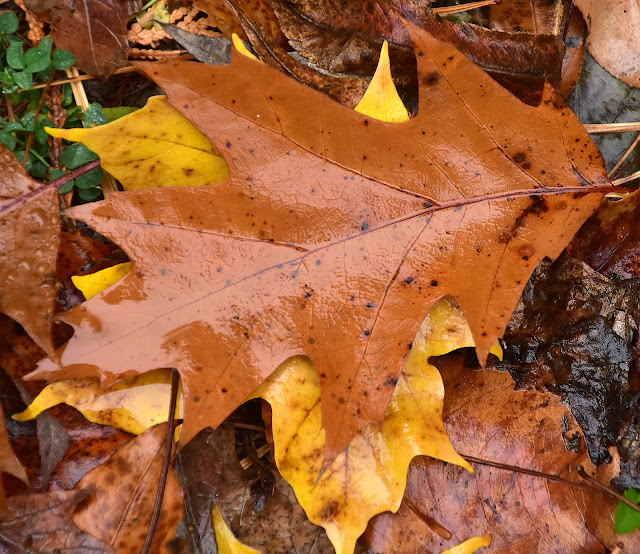 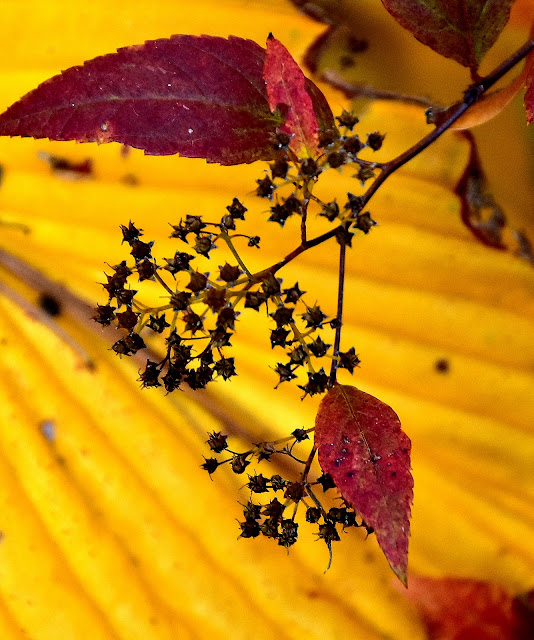 I don't know how long it was Larry and I sat there talking but it was well into the night.  We talked about many things that I thought he maybe didn't talk to many other people about.  Much of our conversation revolved around the Bossence clan.  The more we talked the more I realized how much I had in common with Larry.  He told me he had moved to Owen Sound and was still delivering mail for Canada Post.  He told me about Boat Lake, fishing, and his cottage, 'Toad Hall'.  By the end of the evening with our oddly alike personalities kinda melding together, I felt we had, after all these years, cemented a solid friendship.  We both left the pub that night and I never saw Larry again with the exception of a short time later in a coffee shop parking lot where we exchanged passing greetings from our car windows.  Now, fast forward another forty-five years or so to a few days ago, and try to stick with me as I attempt to make a connection from then to now. 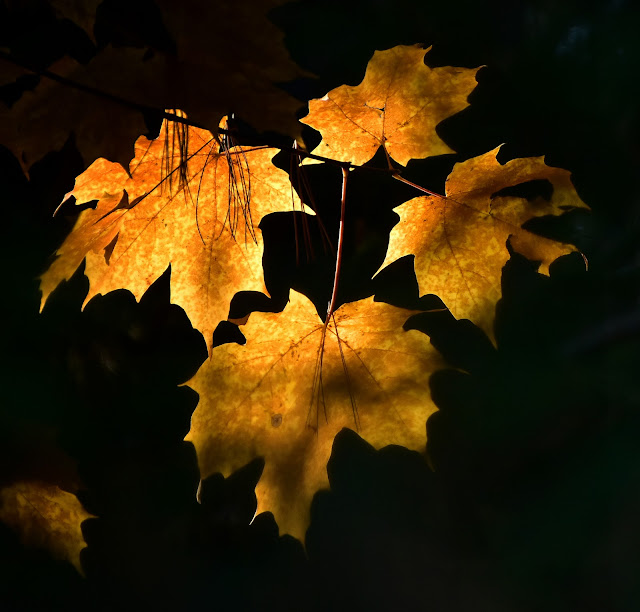 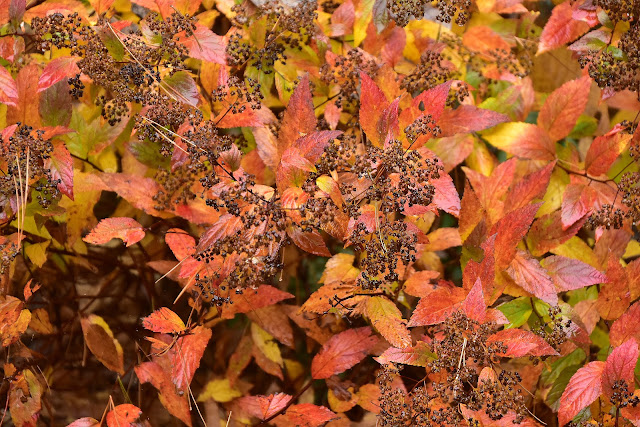 I have rather been in a blather these past few days again.  No interest in taking photos or writing anything for my blog.  In fact, with the exception of watching The Secret Of Skinwalker Ranch Sunday night from nine to ten, I have not even turned our sunroom television on.  Even my computer time has been limited.  I am so sick of the news and what's going on in the world I have had to turn my back on all that stuff yet again.  I don't even want to know what's going on anymore.  I also bailed out on the last book I had been reading and felt I had just about had enough of all that brain-bending stuff and needed a break.  For my next book, I wanted something simple, something entertaining, something that appealed to that happy little boy I was all those years ago. 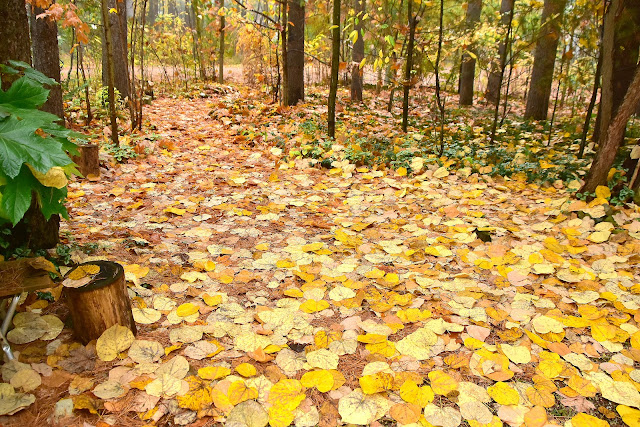 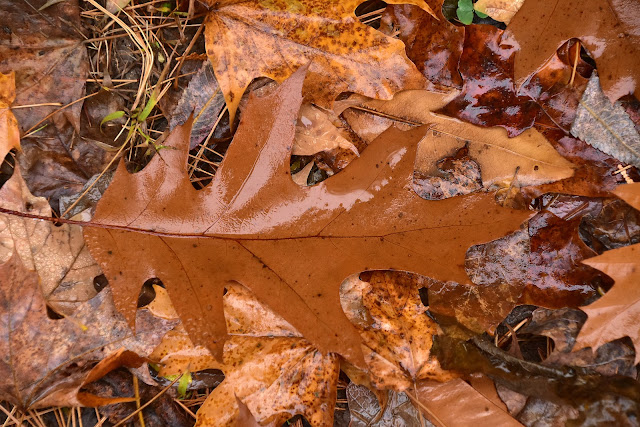 Now, remember Sunday morning when I was sitting at my computer with Google Maps open on the screen?  (I was also at the same time trying to think of another book to read) Well, as I said, Owen Sound on the map reminded me of my cousin Larry so thinking of him and our pub night talk many years ago I decided to bring up a picture of him up on the screen.  And I knew right where to find that picture.  A few clicks on the keyboard and there was a photo of Larry.  He had a red sweater on and he was staring out of the picture looking right at me.  Returning the stare with a knowing smile I right away thought of 'Toad Hall' and in a flash, Larry's mind spoke five words to my mind and I instantly knew what my next book would be.  Within minutes I had downloaded that very book Larry suggested to my Kindle Reader and shortly thereafter I was happily immersed in the adventures of River Rat, the Mole, Toad, Otter, and Badger as well as a host of other little woodland and river bank characters.  The book, of course, was The Wind in the Willows by author Kenneth Grahame.  Oh my, how I enjoyed this book as I followed along with this little gaggle of friends on their adventurous frolics, missteps, and harrowing deeds. That Toad who resided at 'Toad Hall' was such a rascally Scallywag.  My boyhood mind and imagination were back from wherever I had left it oh so long ago.  And, my writing interest was back too. 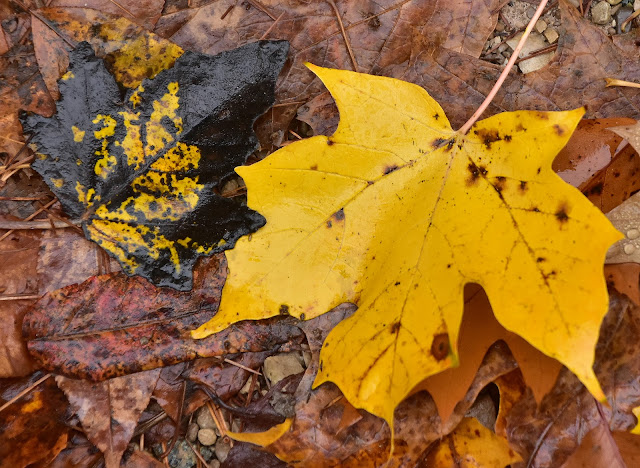 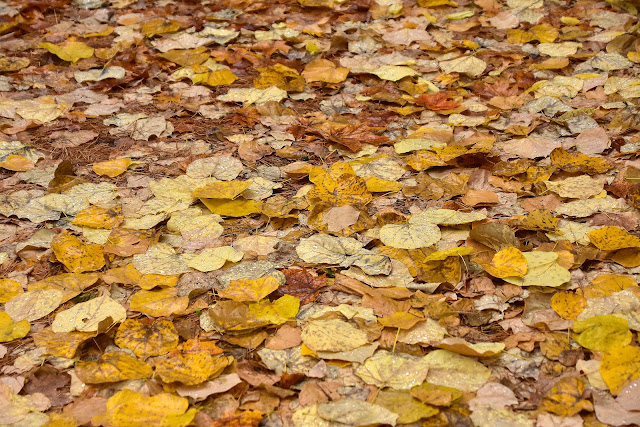 And how did I know where to find Larry's picture on the Internet you may wonder?  Well, it was Larry's obituary photo.  Larry died on March 18th, 2020.  He was seventy-six.  Thank you for our talk many years ago Larry and thank you for 'The Wind In The Willows'.  Toad Hall indeed:)) 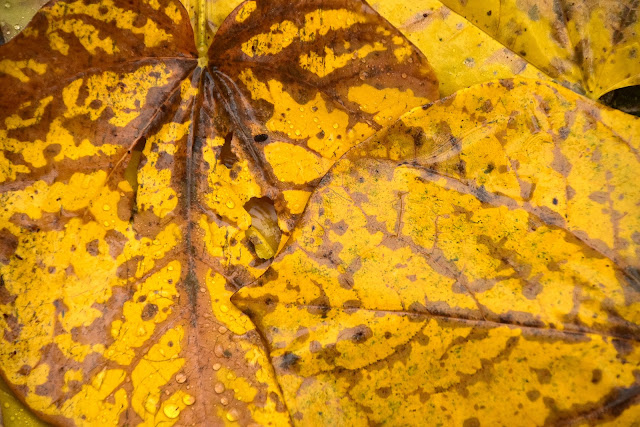 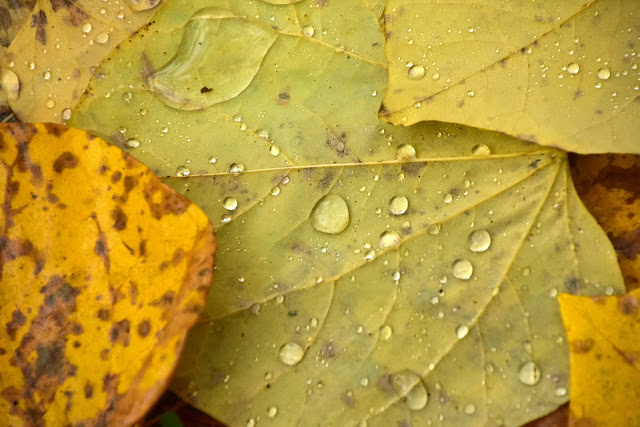 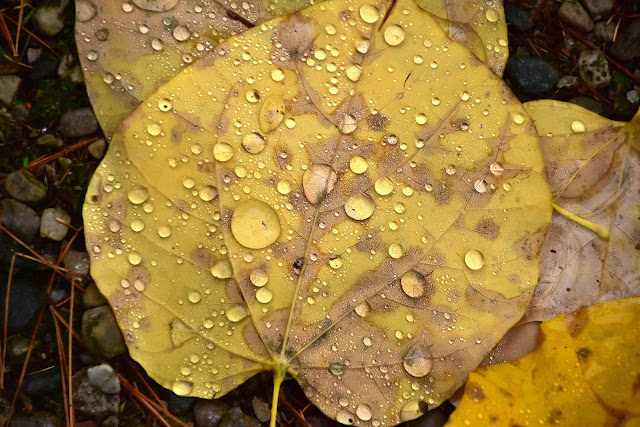 Finishing 'The Wind In The Willows' in two days and craving more adventures I went in search of another book I had never read.  A book that I never had an interest in reading until now.  A book with a fictional story that takes place on Canada's Prince Edward Island.  A book about a place Kelly and I had visited just a few years ago.  I am talking of course about Lucy Maud Montgomery's book Anne Of Green Gables.  I am enjoying this book so much I can hardly take myself away from it.  What a red-headed, pig-tailed freckle-face bundle of high-spirited energy that little lass Anne is.  In fact, I downloaded the complete set of Green Gable books and now have over seventy hours of enjoyable reading ahead.  But, that wasn't quite enough for me so while on a role I downloaded several other books to read after Anne of Green Gables and you might be surprised at what they are.  I will give you a couple hints.  One has something to do with a 'Mad Hatter' and the other one has something to do with a big friendly 'Bear'.  Ahhhh yes, tis quite a life I sometimes lead if and when I decide to do so..............................:))

GROANER'S CORNER:(( A tough old cowboy once counseled his grandson that if he wanted to live a long life, the secret was to sprinkle a little gunpowder on his oatmeal every morning.  The grandson did this religiously and he lived to the age of 93.  When he died, he left 14 children, 28 grandchildren, 35 great-grandchildren, and a fifteen-foot hole in the wall of the crematorium.

Customer in a waterfront restaurant: “Waiter, these are very small oysters!”   Waiter: “Yes sir, they are very small.”  Customer: “Also, they do not appear to be very fresh!”  Waiter with a resourceful response: “Then it’s lucky they’re small, ain’t it sir?” 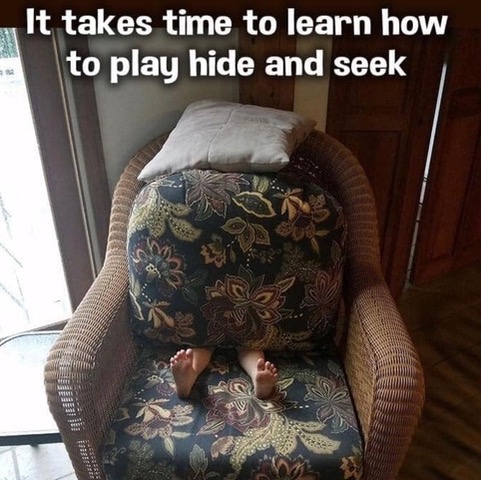 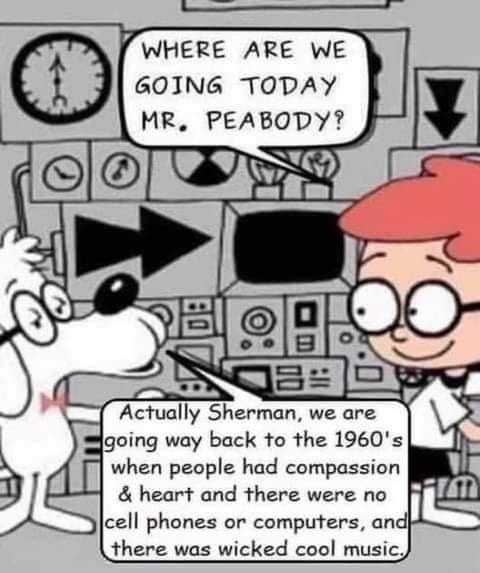