A very fine weather day for the first of October and I again took advantage of it.  After our walk, out came the wheelbarrow as I went around gathering up summer's outside lawn, deck, and porch ornaments, etc.  I don't mind doing that each year at this time but the best part of putting things away for winter is those first warmish Spring days in mid-April when I haul everything back out of storage again and wheelbarrow things around to their assigned summer spots.  It's a tradition I have always enjoyed.With the approximately hundred cobs of corn I have recently gathered up and brought home for the birds and squirrels this winter, I realized I had a problem.  I put a number of cobs into a metal garbage can and put the lid on to keep the critters out.  Some of those cobs were wet from rain and I soon noticed I slight fuzz beginning to grow on a few of them.  It's no wonder some farmers have big propane-fired corn dryers on their farms.  Well, after thinking about it for a while I realized that I too had a corn dryer.  It might take me a while to get my corn dried out but by golly, it's better than having all my corn cobs turn into a big batch of fuzzy old corn mold!!Looks like we will be heading for Collingwood Ontario Monday morning for four days and by the looks of stuff I'm seeing packed up and ready to go, it looks like we're heading to Collingwood for four months.  Yes, we were always over-packers.  I think the older one gets, the more stuff one has a tendency to lug around with them.  One suitcase for underwear and socks, another suitcase for meds and vitamins, another suitcase for cooler summer clothes, and a matching suitcase for warmer winter stuff just in case ya need it.  Another suitcase for shoes, hats, and boots, and don't forget the food suitcases with all the coffee, tea, peanut butter and honey, pre-cooked meals, and desserts.  If you have a hobby like I do, another suitcase is needed for camera gear.  And let's not forget the laptop, telephone, and kindle suitcase with all the appropriate battery chargers, mouses, laptop headphones, a thumb drive, and stuff.  Oh, and throw in a flashlight or two.  Pheebs has her own suitcase with toys, food dishes, treats, a dog brush, a pillowy doggy bed, and a leash.  And, just to be on the safe side amidst all this loading up confusion, let's not forget to take each other eh:))
Aunt Jean said the most difficult part of Hurricane Ian for her was bailing water out of her lanai.  She had a bucket and kept sopping up the incoming water with sponges.  She didn't want the water level to rise where it would begin coming into her living room.  She said the wind gusts were really shaking her lanai's Lexan windows so she had to brace them with a couple long-handled swiffer mops she had.  She said the rain was going every which way and she heard a big thump when a large nearby tree limb came down. Jean has been living in Florida for 50 years and said this was the worst hurricane she has had to endure in 5 decades.  At 95 Jean has mobility issues now and after bailing all that water in her lanai she said she is hurting all over.  However, she wasn't going to let all that stop her from slipping out for a 9 a.m. hair appointment this morning.  And yes, she still drives her car around in all that manic Sarasota Florida traffic.
GROANER'S CORNER:((  At the urging of his doctor, Bill moved to Texas.  After settling in, he met a neighbor who was also an older man.  “Say, is this really a healthy place?”  “It sure is,” the man replied.  “When I first arrived here I couldn't say one word. I had hardly any hair on my head. I didn't have the strength to walk across a room and I had to be lifted out of bed.”  “That's wonderful!” said Bill. “How long have you been here?”  “I was born here.”

A daughter asks her mother, “What are character qualities that I should look for in a marriage partner? You know, for someone that I will be spending eternity with."  The mother replied, ”Go ask your father, he did better than I did.” 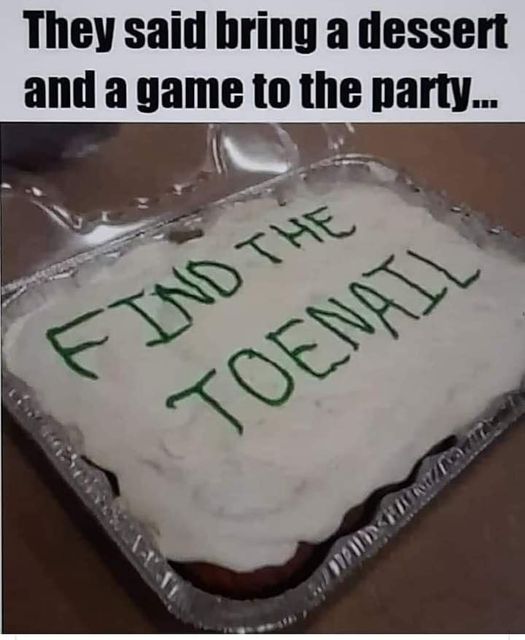