BAYFIELD ONTARIO TO COLLINGWOOD WITH A STOP AT WALTERS FALLS

Not needing to be up early, we were up early anyway.  Kelly took Pheebs for a walk and I spent my time loading up the Subaru with our stuff.  It was 9:54 when we rolled out of our driveway under sunny skies heading for Collingwood Ontario.  Our first stop was in Wingham where Kelly dropped off some nice clothing she had sold to a lady online.  The second stop was just up the road at Wingham's new McDonalds for coffee and brekky to go.  From there we leisurely cruised northeast through the beautiful Ontario countryside enjoying the scenery.  Had it not been for Stu from Seasons In the Valley we might have just rolled right on by Walters Falls but I remembered him mentioning Walters Falls a number of times in his blog over the years.  It's a quaintly scenic little Hamlet and there is definitely a very picturesque waterfall there.  Yes, we are in Furry Gnome country now:)) 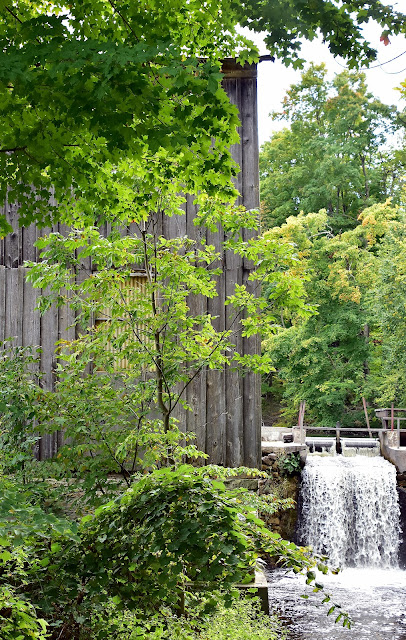 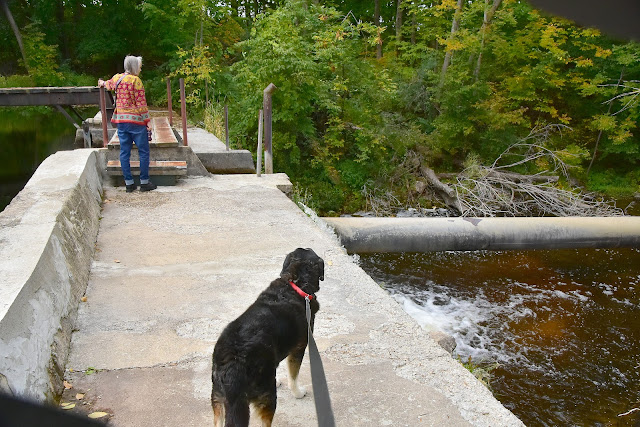 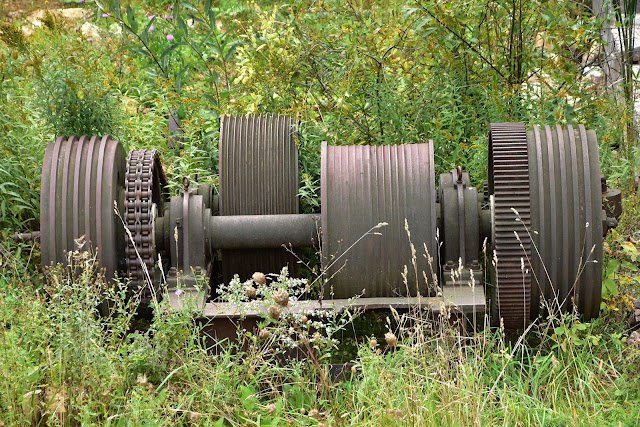 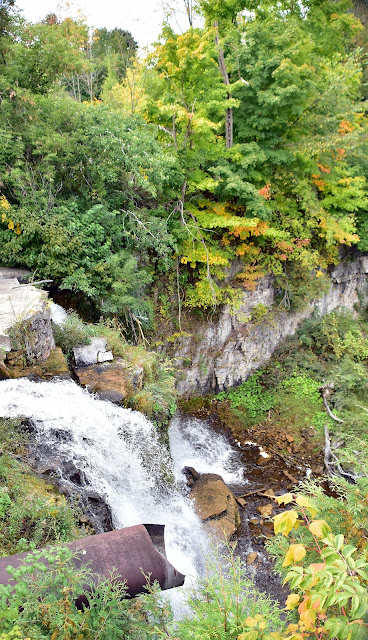 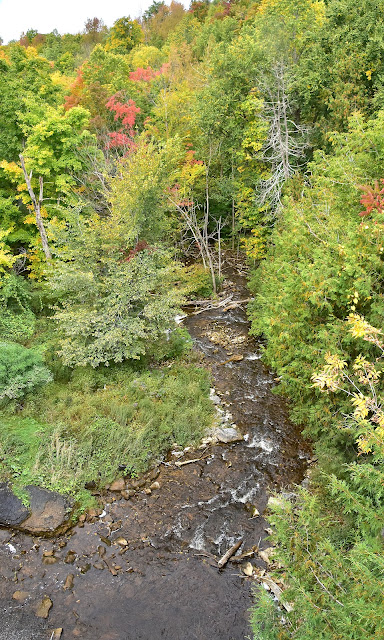 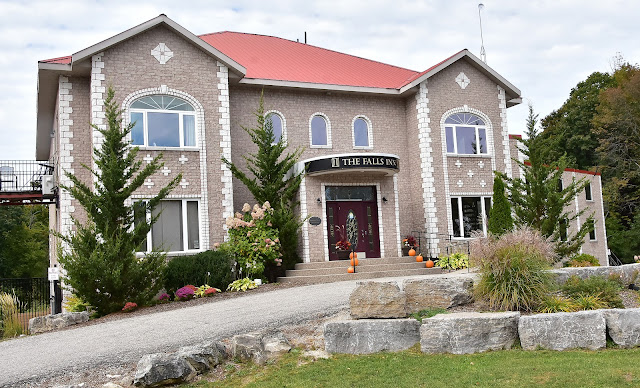 From Walters Falls we headed on to Collingwood not too far distant and I must say here what an absolute pleasure it was driving that Subaru today.  So quiet and so smooth.  It truly makes traveling a pleasure.  The only glitch in the trip was running over an already dead skunk on the road.  We now have skunk juice splattered all over the Sube and that smell dogged us all the rest of the way to Collingwood.  And I imagine it will linger for days now, if not even longer:(( 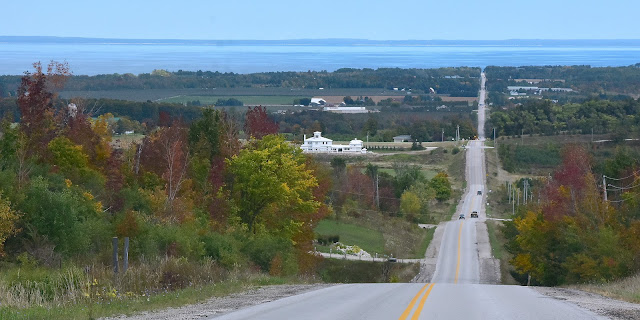 Before going to the Condo we decided to take a drive into Collingwood itself.  It had been about 25 years since we were last here.  I could see from Google Earth that Collingwood had grown over the years but I must say both Kelly and I were shocked at just how much it has grown.  Nothing was recognizable to us.  Traffic reminded me of large cities and I don't think there is any kind of store big or small that Collingwood does not have.  If they have one Tim Hortons coffee shop here they must have half a dozen or more.  This place has everything, even a large movie complex.  But of course, we are in ski country here and that is what this place has been built upon.  Like I said before, it kind of reminds me of Jackson Hole Wyoming only much, much, bigger.Despite a sea of Condos in this whole area, we didn't have too much trouble finding Kelly's son Ben's Condo.  Good directions:))  It's actually located about 10 minutes west of Collingwood right at the foot of the ski hills at North Creek Resort.  Ben's condo is on the second floor so luckily we had brought a lot of stuff that required a few trips up a couple flights of stairs.  Excellent exercise for aging Seniors I'd say, well sorta:))  This is a really nice Condo and it definitely has a ski Chalet flavor to it.  What a nice change this is from our mobile home.  And what a welcome break for us made possible by Kelly's youngest son, Ben. 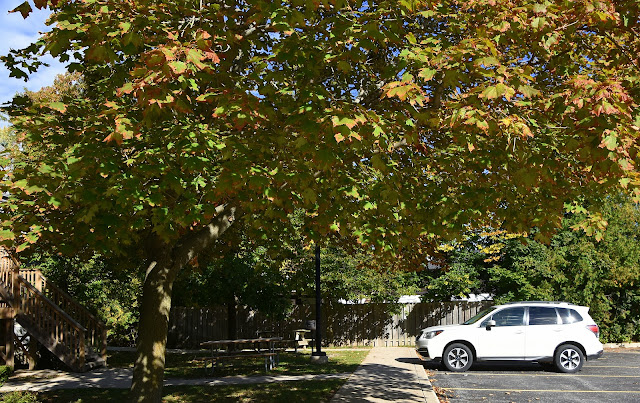 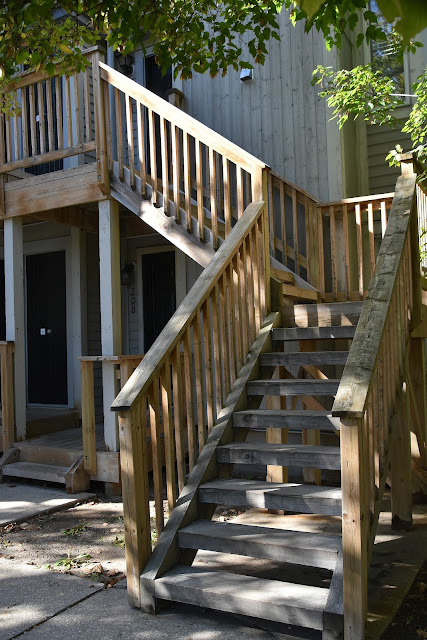 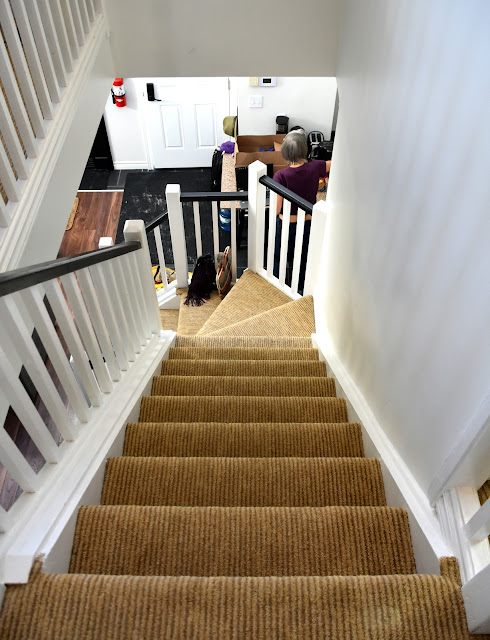 Driving along today I couldn't help but think how nice it was just to be going somewhere again.  New roads, new scenery, and new thoughts, hopes, and ideas.  Even if it's only 4 days it is at least a break from our normal kind of hum-drum daily routine which older folks like us routinely stumble into.  But having said that, there is also something to be said for the stability, security, and comfort of a routine lifestyle as well.  I think the key is to be able to mix it up now and again to keep the mind from stagnating.  The trick is to meld the two things seamlessly together:)) 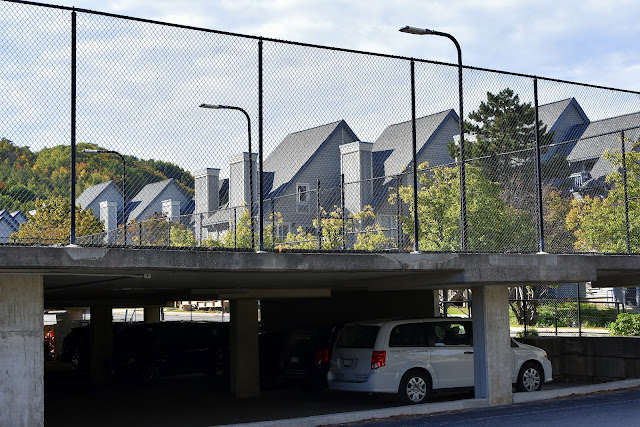 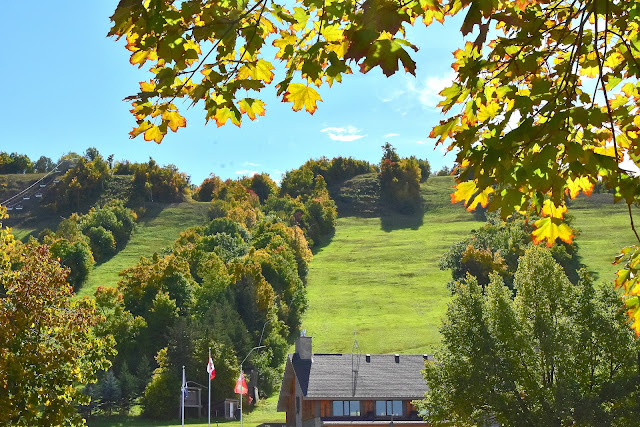 GROANER'S CORNER:(( Upon entering the little country store, the stranger noticed a sign saying "DANGER! BEWARE OF DOG!" posted on the glass door. Inside he noticed a harmless old hound dog asleep on the floor beside the cash register.  He asked the store manager, "Is THAT the dog folks are supposed to beware of?"  "Yep, that's him," he replied.  The stranger couldn't help but be amused. "That certainly doesn't look like a dangerous dog to me. Why in the world would you post that sign?"  "Because," the owner replied, "before I posted that sign, people kept tripping over him." 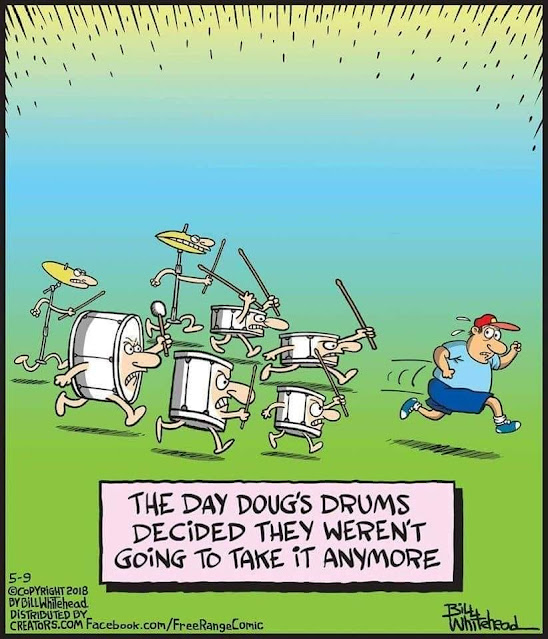 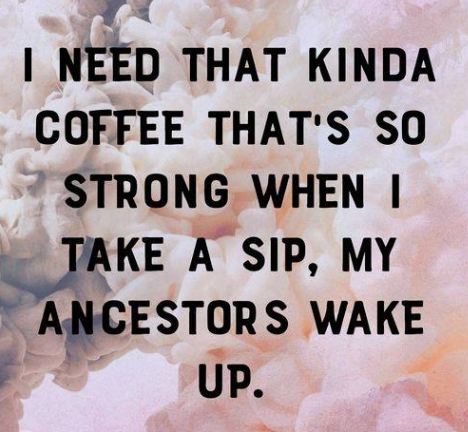