BREAKFAST AT ST MARYS SUNSET DINER WITH THE WAWA FOLKS

With a stormy cloud cover spitting bits of rain at us, we didn't let it interfere with Kelly and I heading over to St. Marys Ontario this morning to meet a couple of good friends for breakfast at The Sunset Diner.  This is a Diner that I once occasionally frequented when we lived at the old tumble-down Weenie Roast Ranch near Fullarton Ontario back in the late 1990s.  The menu is still basically the same but the price of bacon and eggs has tripled since the last time I was there around the turn of the third Millenium. 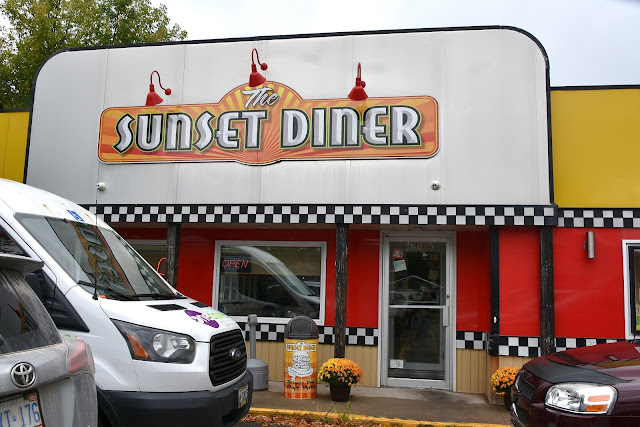 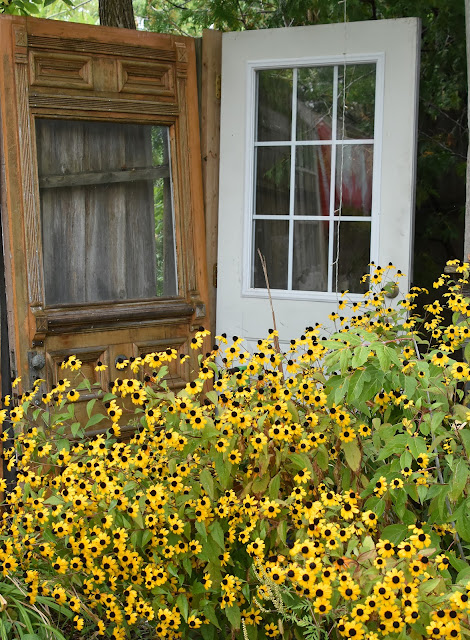 Of course, it was Gayle and Richard who we met at the Sunset.  They recently relocated to St Marys from a recent 5-month stay in Wawa Ontario.  For both Richard and Gayle, this is the region where they both spent their younger years before moving to Stratford many long decades ago.  It's a comfortable homey place for them and I think they are glad to be back in an area they are both familiar with.  And how great to have them back in Southwestern Ontario again.  From our place to St. Marys is a very pleasant 55-minute drive through a picturesque countryside of rolling hills,  meandering rivers, lush forests, and wandering patch-quilt farmlands.  St Marys has always been and still is my favorite small inland town.  We will be seeing Richard and Gayle again before too long and a country road coffee run is on the books for Richard and I shortly as well.  Looking forward to all of that:))A few rain showers on the way home with patches of blue sky.  I am still very impressed with the quiet smooth ride of the Subaru Forester.  Rolling into our driveway shortly before 1 p.m. we sure had a  happy little doggy waiting for us.GROANER'S CORNER:((  As a Delta Air Lines jet was flying over Arizona on a clear day, the co-pilot was providing his passengers with a running commentary about landmarks over the PA system. "Coming up on the right, you can see the Meteor Crater, which is a major tourist attraction in northern Arizona. It was formed when a lump of nickel and iron, roughly 150 feet in diameter and weighing 300,000 tons, struck the earth at about 40,000 miles an hour, scattering white-hot debris for miles in every direction. The hole measures nearly a mile across and is 570 feet deep."  From the cabin, a passenger was heard to exclaim, "Wow! and it just missed the highway too!!"

A former President is disembarking from his private plane, carrying a tiny dog.  One of his Secret Service men says, "Nice dog, sir."  The President says, "Thanks, I got it for the former First Lady."  The Secret Service man replies, "Nice trade, sir." 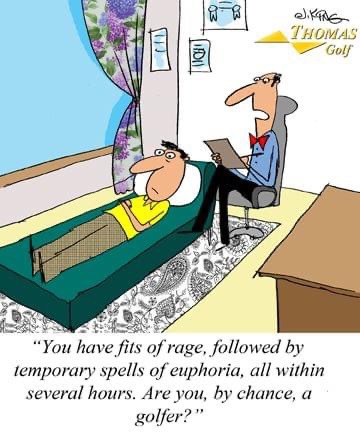 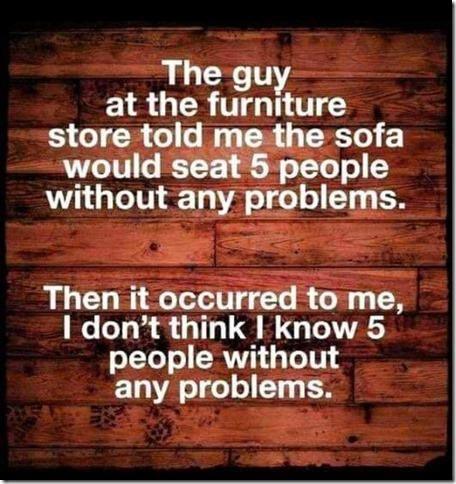