AUNT JEAN MADE IT THROUGH THE HURRICANE AND IS FINE:)) 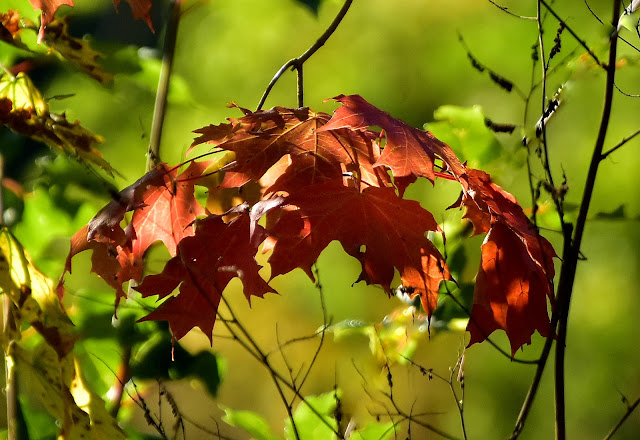 Aunt Jean's close friend Pat, who lives in the same Park as Jean sent us an email this afternoon at 3:45 saying their power and internet had just been restored.  She has been in touch with Jean and said Jean made it through Florida's worst-ever hurricane and is fine.  We were getting concerned and only minutes before Kelly had phoned three numbers at the Tippecanoe Condo complex office where Jean lives.  No answer at one and voicemail at the two others whereupon Kelly left inquiring messages.  Two of those calls later responded.  I will call Jean at our usual 8:15 p.m. Friday night chat time tonight. 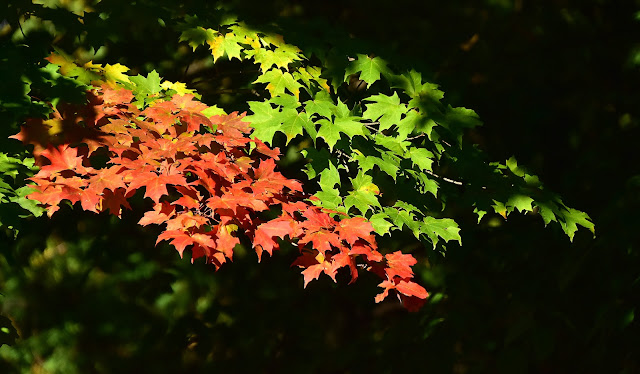 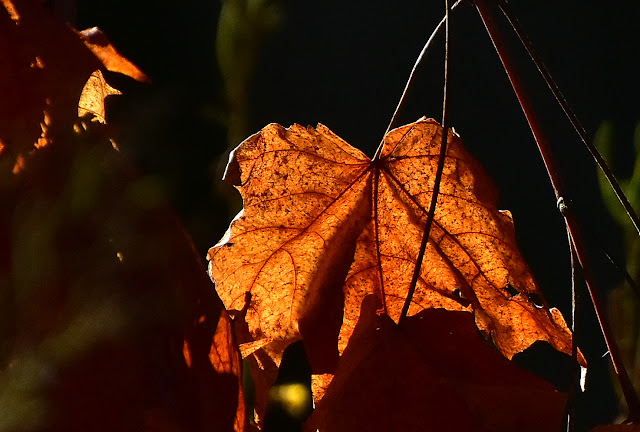 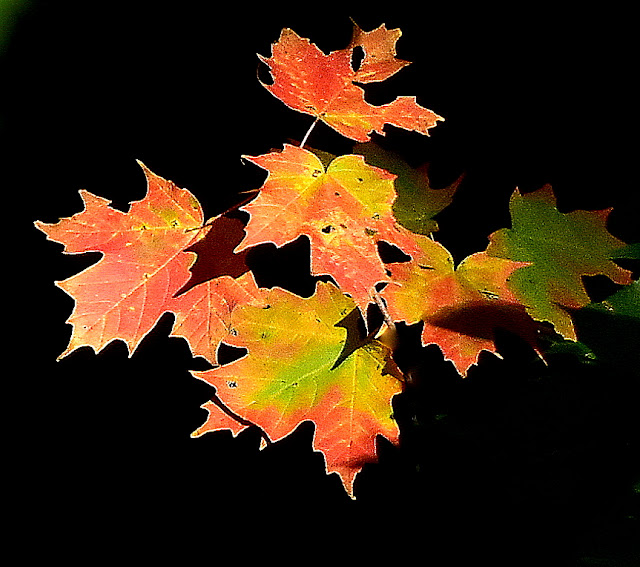 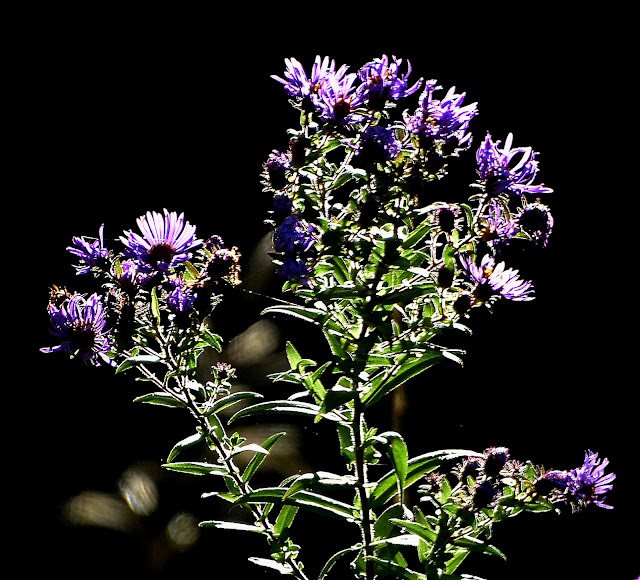 Before heading down the road this morning Pheebs and I took a drive around the south end of our Park where it is mainly forested.  Every photo in tonight's post was taken on that little ten-minute drive, 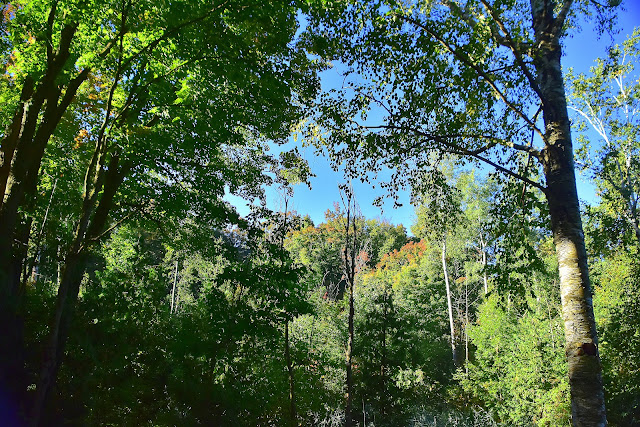 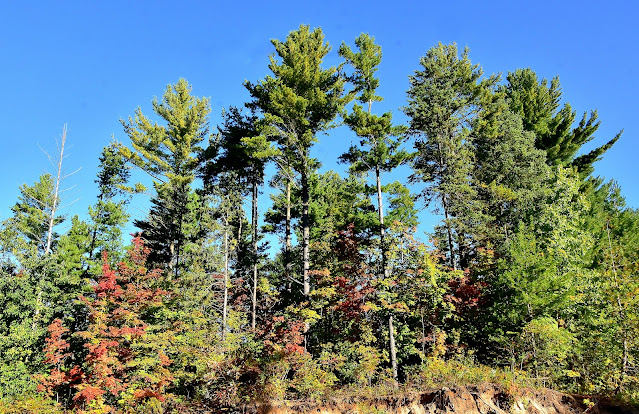 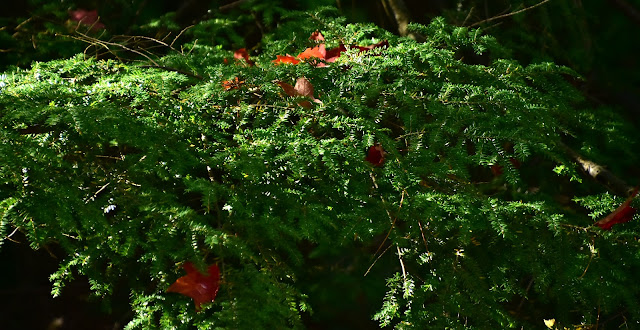 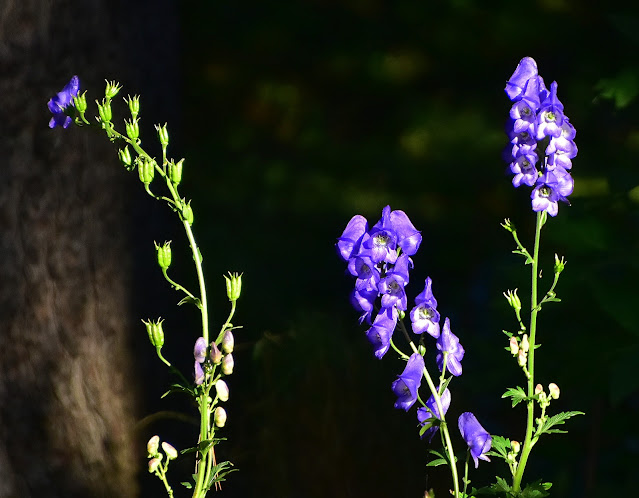 Not a cloud in this morning's clear blue sky as Pheebs and I slipped out to our country spot and walked our quarter mile up the road and quarter mile back.  With things to do and not wanting to waste this good weather right now, we headed right back home after that.  Picked up a few more cobs of corn too. 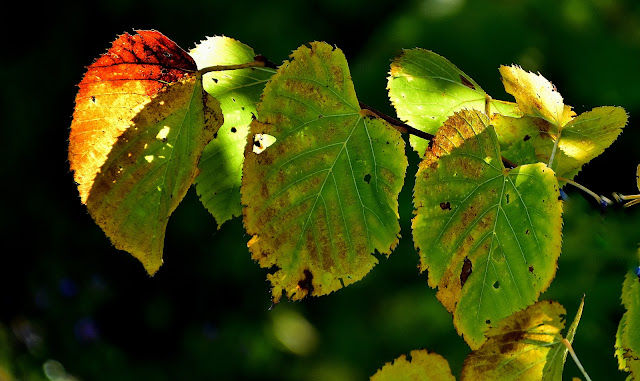 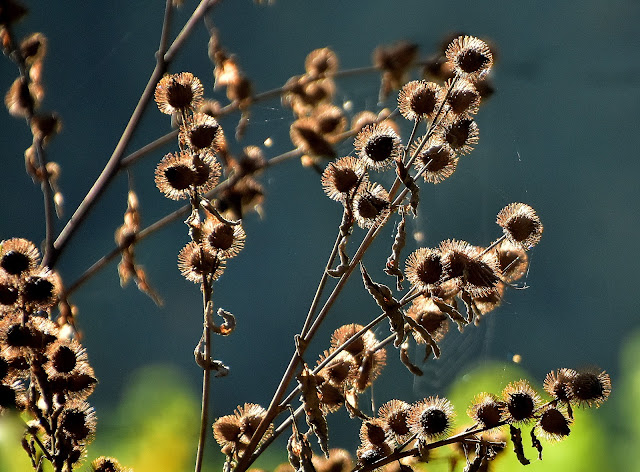 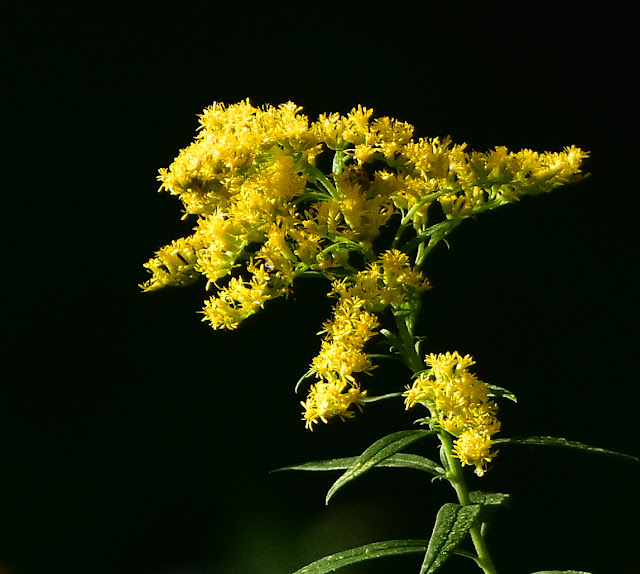 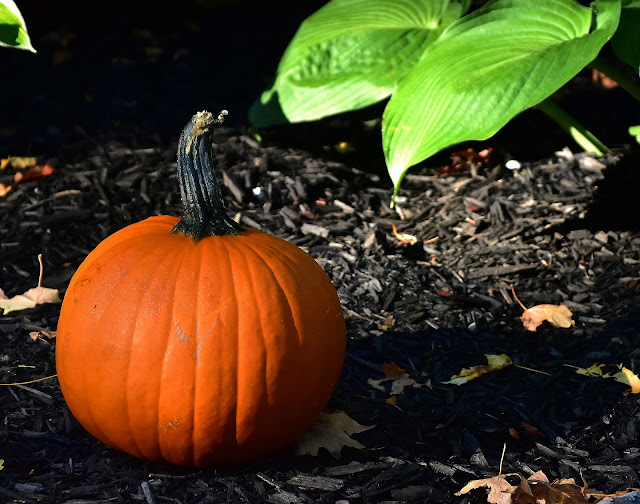 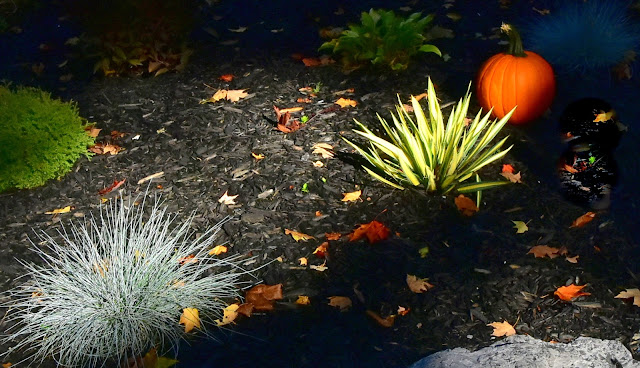 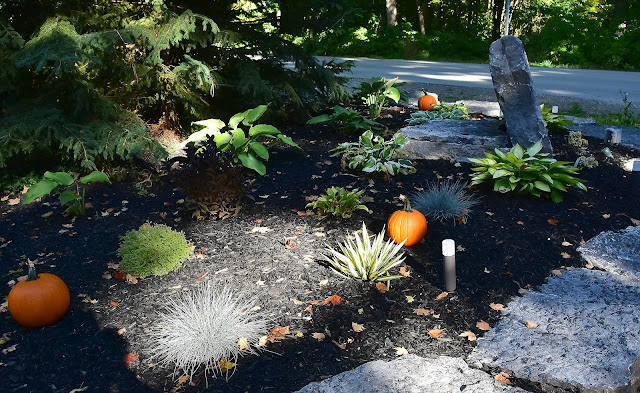 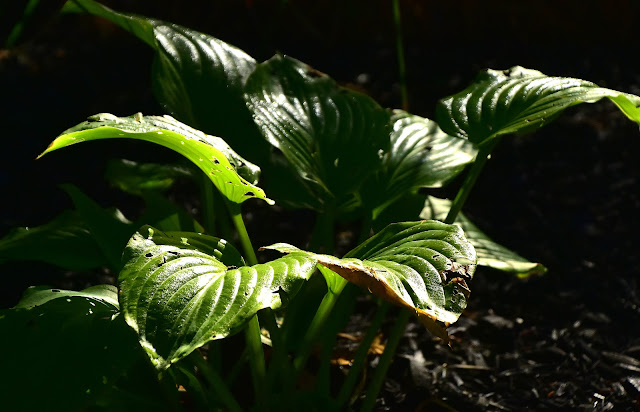 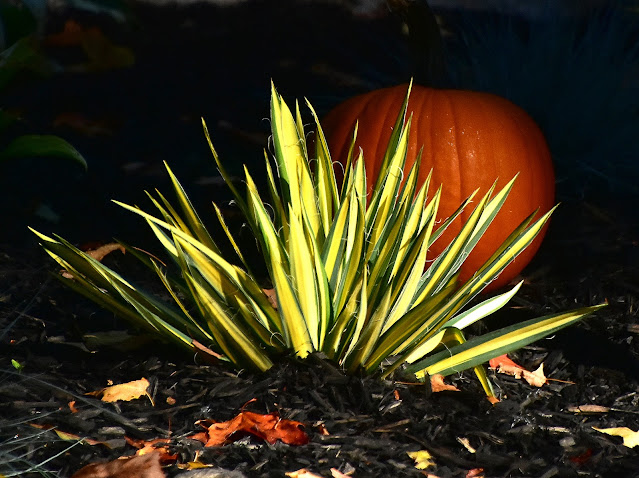 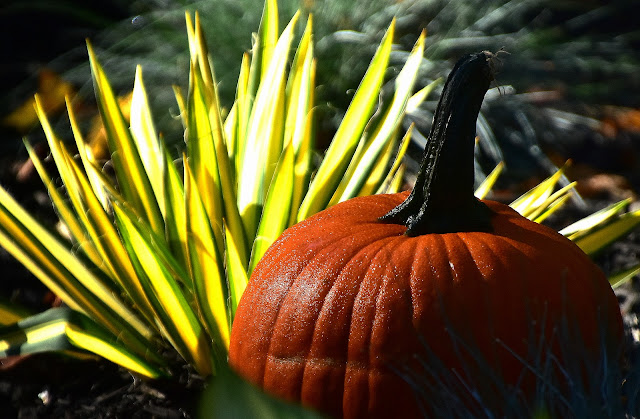 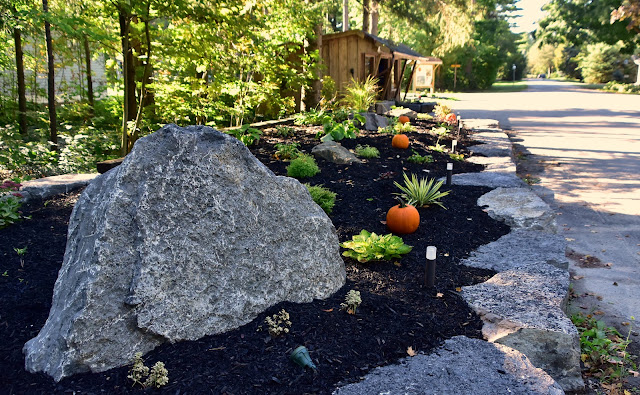 Mowed some grass and that should be the last mowing of the year.  Had the weedwhacker going as well and that too should be the last time until Spring.  And it's getting about that time of year to begin putting away all the summer yard stuff.  Most of it will go into our wooden shed and that was another reason for me cleaning it up and making more space a couple days ago.  Also moved a couple of our larger potted plants off the front deck into the house for the winter.  Even found time to take Pheebs for a walk around the Park's pond.  No sign of the dozen little Froggie guys I had dropped off there yesterday.  I imagine they are all very busy scouting out their wonderous and very spacious new digs:)) 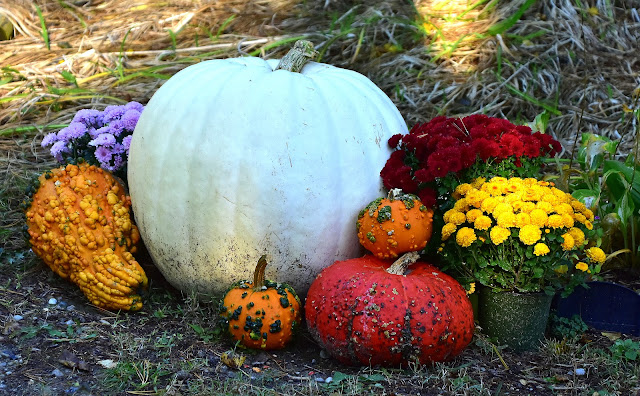 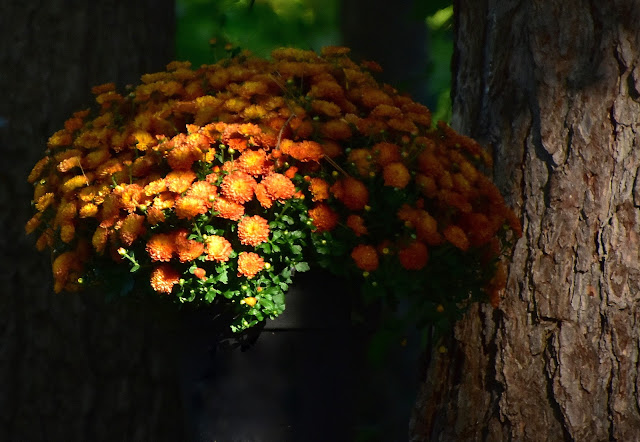 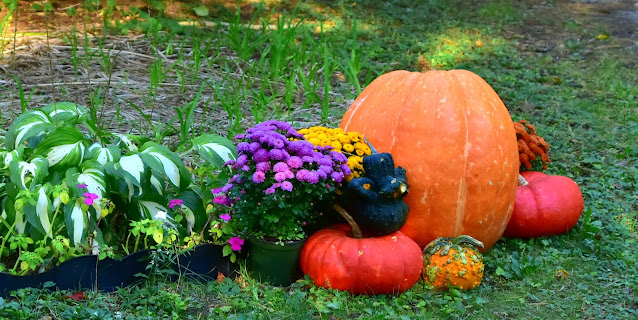 Ellen's Groove:)) In this video, Ellen's dad is teaching her how to Improvise.  It's a longer than usual clip and is interrupted by ads but if you stick with it you can see the music bubbling out of this little ten-year-old girl as she works at not only the fingerwork on her bass guitar but her voice as well trying to bring them together.  You can see not only Ellen's struggles but her progress and excited enthusiasm as well.  I can foresee her one day on the world's stage as a very talented musician.  By the way, she is also a talented artist. 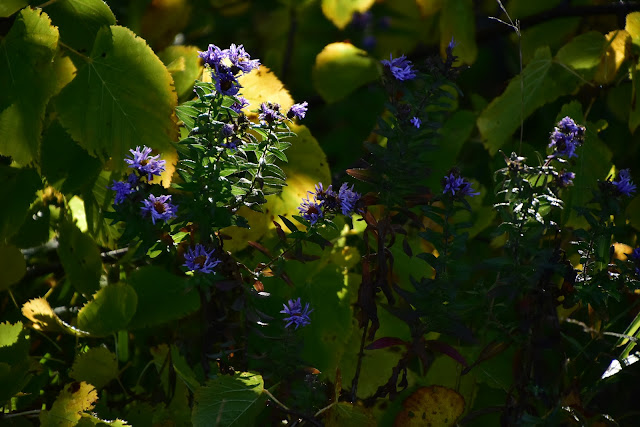 GROANER'S CORNER:(( A pilot and a co-pilot were descending for a landing at an airport they had never been to before. The pilot looked out the windshield, and suddenly exclaimed to the co-pilot: "Holy cow! Look how short the runway is! I've never seen one that short!"  The co-pilot looked out the windshield. "Wow! you're right! That's incredible! Are you sure we can make it?"  "Well we better, we're almost out of fuel."  So the captain got on the intercom, and notified the passengers to put their heads between their knees, and prepare for an emergency landing. Then he set the flaps to full down and slowed the plane to just over stall speed. The small executive jet came screaming in, on the ragged edge of control.  The pilot's hands were sweating and the co-pilot was praying. They touched down and came screeching to a halt just before the edge of the runway, the tires smoking. "PHEW! That was CLOSE!" yelled the captain. "That runway sure was SHORT!"  "Yeah!" said the co-pilot, "and really WIDE too!"

Why is girlfriend one word but best friend is two words?  Because your best friend gives you space when you need it.

During training exercises, a Lieutenant driving down a muddy back road encountered another jeep stuck in the mud with a red-faced Colonel at the wheel.  "Your jeep stuck, sir?" asked the Lieutenant as he pulled alongside.  "Nope," replied the Colonel, coming over and handing him the keys. "Yours is." 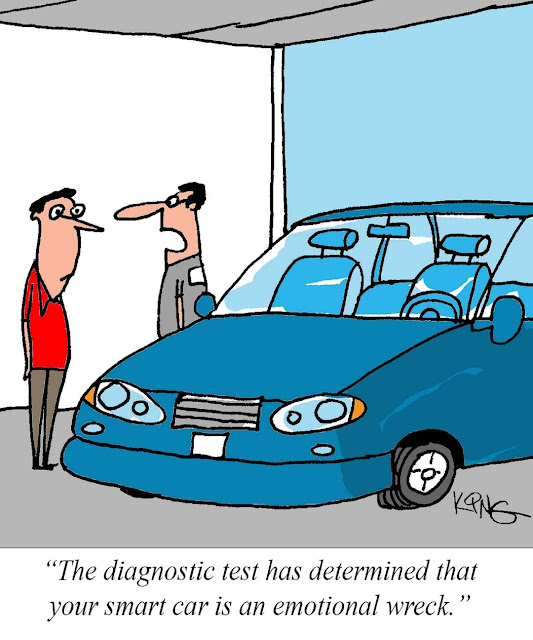 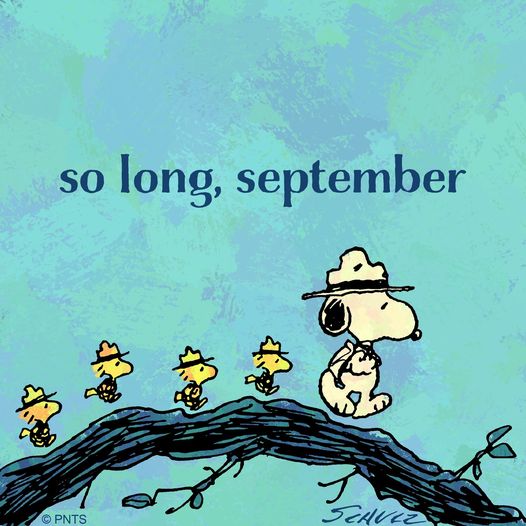