SO I THREW MYSELF INTO THE SHOWER 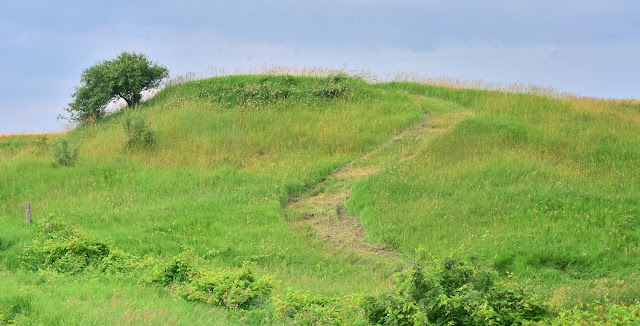 With stormy skies overhead, patches of pelting rain washed out our morning walk so Pheebs and I continued following the Jeep's windshield wipers northwest to Goderich.  Along the way, some sections of the road were wet, and other sections dry.  And there was thunder in the angry air. 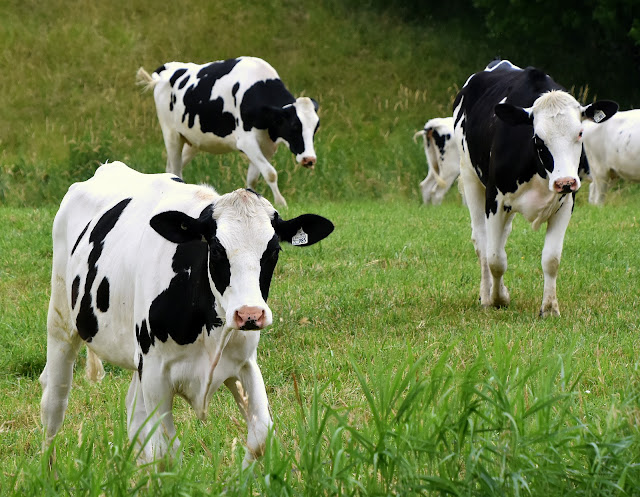 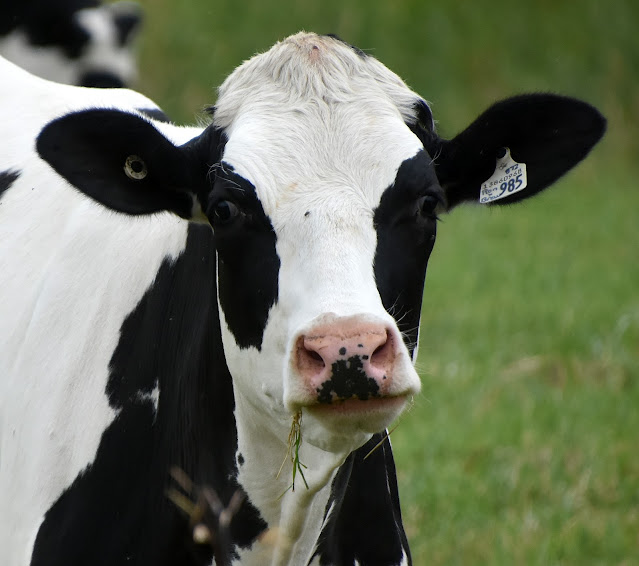 Our usual routine after gas and coffee led us down to the harbor and beach areas.  No ships in port as we cruised out to Rotary Cove and back.  People walking with umbrellas while other folks in groups at the beach for Canada Day made the best of what they had to keep things dry. 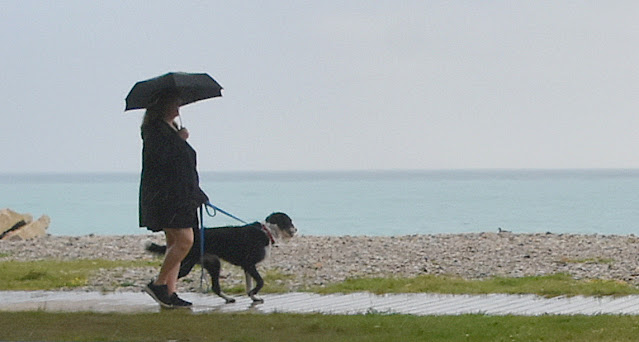 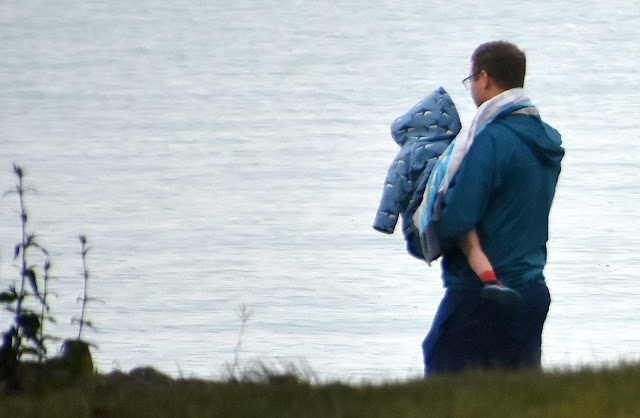 I had to take a prescription into Walmart and of course, it was at that time when this morning's rain came down the hardest.  Yes, I got wet but that's okay.  Better than a cold day snowstorm!!By the time we arrived home later in the morning, the rain front had passed through our area leaving us with cloudy skies and the occasional brief sun splash.  It would have been a good day to clean windows but try as I did I could not talk myself into it. 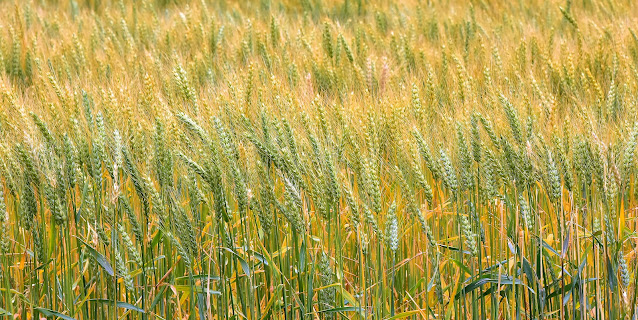 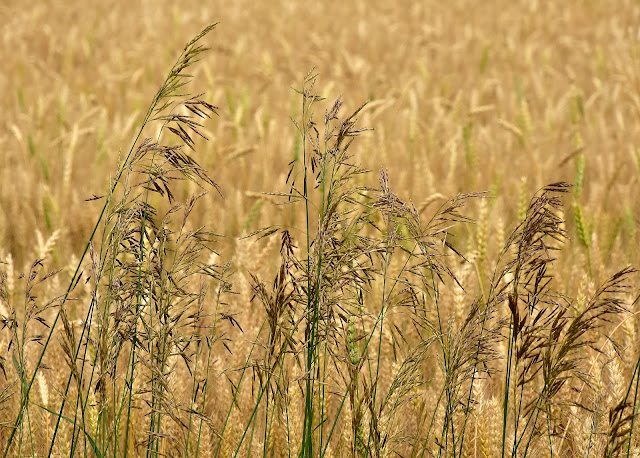 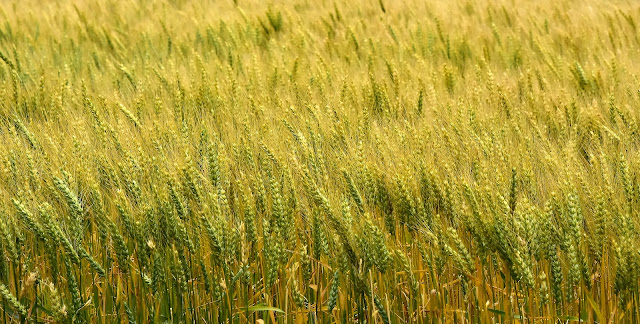 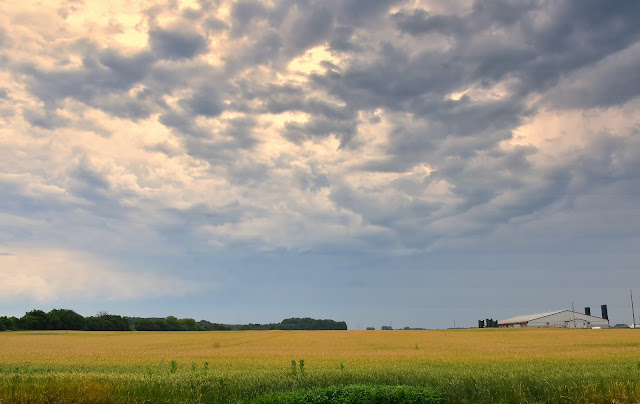 Machines and pieces of machines continue to be removed from our Park and I would say about 75% of all the old junk is now gone.  Our new owner has been a very busy fellow and our Park is beginning to show the results of his efforts.  Even our roads are in much better shape already.  And, with it being Canada Day I was glad to see a bunch of cars at our clubhouse this afternoon.  Our 'new' Park committee organized a Canada Day BBQ.  Nice to see the Park residents coming together again.  When we first came here nearly 20 years ago there was a group in here that put on things like that.  I fondly remember the Wednesday morning breakfasts a couple times during the summer months.    With humidity levels creeping up I figured Pheebs and I had better get out for an afternoon walk while the getting was good.  Took my clippers along and clipped quite a few branches back along the Pine Tree Trail.  I also picked up a lot of forest floor debris along the way as well.  This small section of trail is totally walkable again and I will continue working away at it with each walk we take.  I miscalculated the humidity and by the time we got back, I was a ball of sticky paste.  Only one solution for that so I threw myself into the shower. GROANER'S CORNER:(( A Russian couple was walking down the street in St. Petersburg the other night when the man felt a drop hit his nose. "I think it's raining," he said to his wife.  "No, that felt more like snow to me," she replied. "No, I'm sure it was just rain, he said." Well, as these things go, they were about to have a major argument about whether it was raining or snowing. Just then they saw a minor communist party official walking toward them. "Let's not fight about it," the man said, "let's ask Comrade Rudolph whether it's officially raining or snowing."  As the official approached, the man said, "Tell us, Comrade Rudolph, is it officially raining or snowing?"  "It's raining, of course," he answered and walked on. But the woman insisted: "I know that felt like snow!" To which the man quietly replied: "Rudolph the Red knows rain, dear!"

A four-year-old girl was learning to say the Lord's Prayer. She was reciting it all by herself without help from her mother.  She said, "And lead us not into temptation, but deliver us some e-mail." 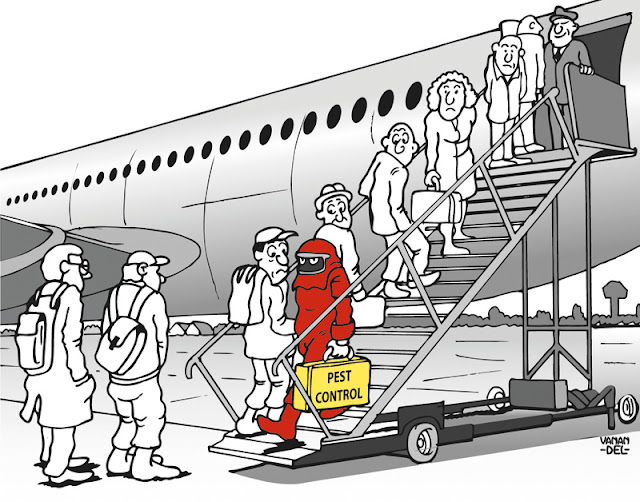