PHEEBS HAD AN APPOINTMENT WITH THE VET TODAY

With temps already in the low 70sF this morning I figured it was going to be a hot and sticky day.  I figured wrong and the temps remained in the low 70s under increasingly cloudy skies  A pleasantly warm southerly breeze accompanied Pheebs and I on our country road walk between two growing cornfields.  Walking south, I could not only feel the breeze, but I could hear the breeze as well as it whispered past my ears on its way to rustle the still sleeping corn stalk leaves. 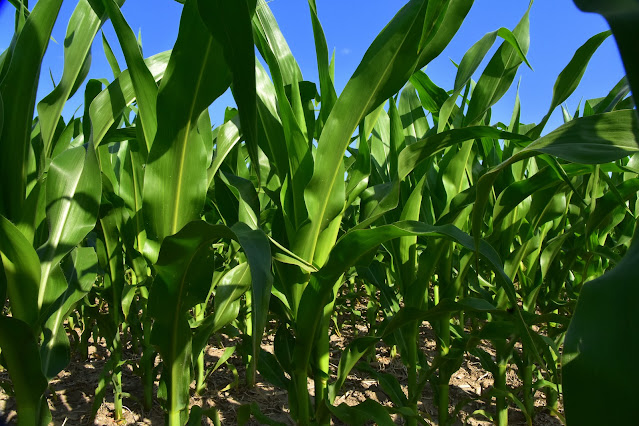 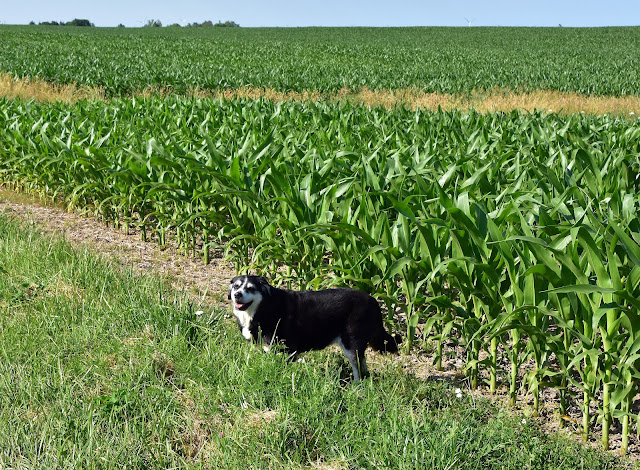 Home again it turned out to be a lazily slow day right up to early afternoon when Pheebs and I sauntered ourselves over to the Park's pond and back.  The new owner graded our roads again today.  What pleasant changes we are experiencing from just a short month ago.It had been a while since Pheebs last paid a visit to the Vet so with a few recent issues we figured it was time to take her in for a check-up.  The appointment at the South Huron Veterinary Clinic was booked last week for this afternoon at 2:30 p.m.  Being her 'good as gold' little self she made sure Mom and Dad had her there in plenty of time.  Happy to report she passed her check-up with flying colors.  It will be a few days before her blood test results are in but Dr. John Earle said she is in good shape for her age (12) and her weight has only gone up 3 pounds since 2020. 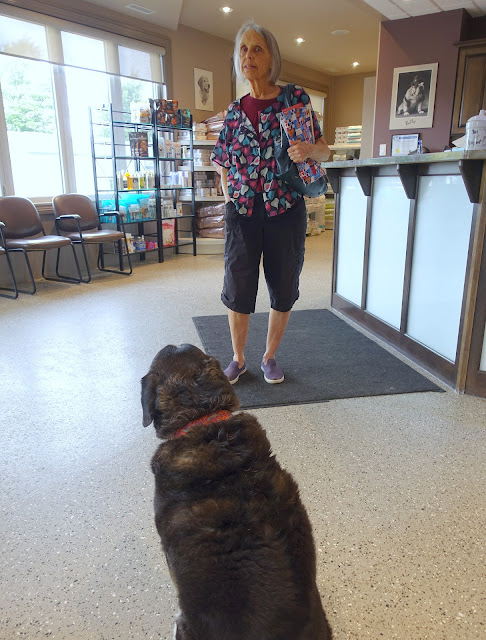 I recently finished a couple more books with the first one being 24 Minutes On The Other Side: Living Without The Fear Of Death by Tessa Romero.  I found this book educational and very helpful.  It's an eye-opener and I will no doubt be returning to re-read parts of it again and again in the future.  I also finished UFO Briefing Document by Don Berliner.  For anyone sitting on the fence trying to figure out if UFOs are real or not, I suggest you read this book which is a no-nonsense fact-based report on what has been happening in our skies since the mid 1940's.  It's an older book but the facts back then are still the same facts today.  These reports are from all around the world with many of those reports coming in from well-known and highly respected people.  This is a good starting point book for anyone just beginning their Unidentified Flying Object/Unidentified Aerial Phenonema research. 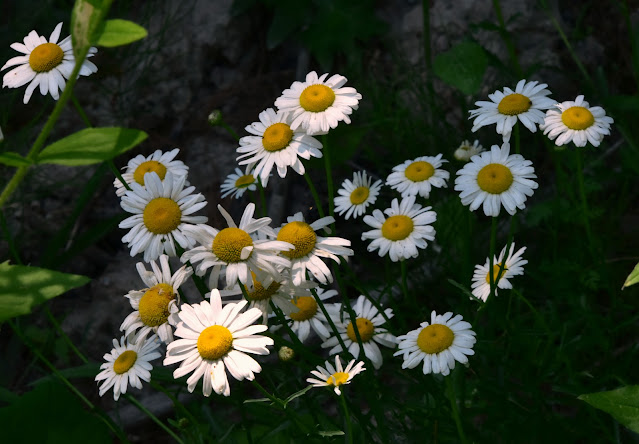 "What does your mother do for a headache?"  "She sends me out to play." 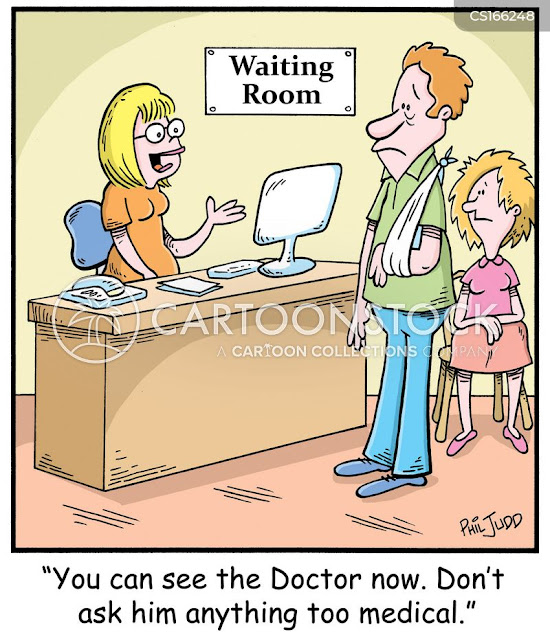 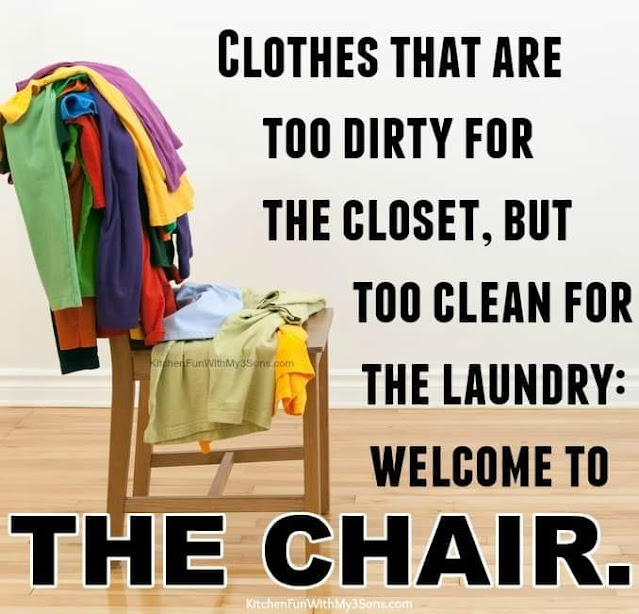