HMMMMM, I WONDER WHO'S AT OUR HOUSE RIGHT NOW

It was after dark Thursday night when 'Little Ella' rolled in with her Mom and Dad.  They are up for a few days and had just come from visiting Kelly's son Ben and his two boys and Ben's friend at Deer Park Lodge.  They stayed for the night.  I think it's been a couple years or more since we last had company so it was a nice change of routine for us. Ricardo slept in the motorhome while Kelly and Ella slept in my bedroom with Ella having her very own cozy little bed on the floor.  And of course, I held my recliner down all night in the living room.  It's normally where I sleep all the time anyway. 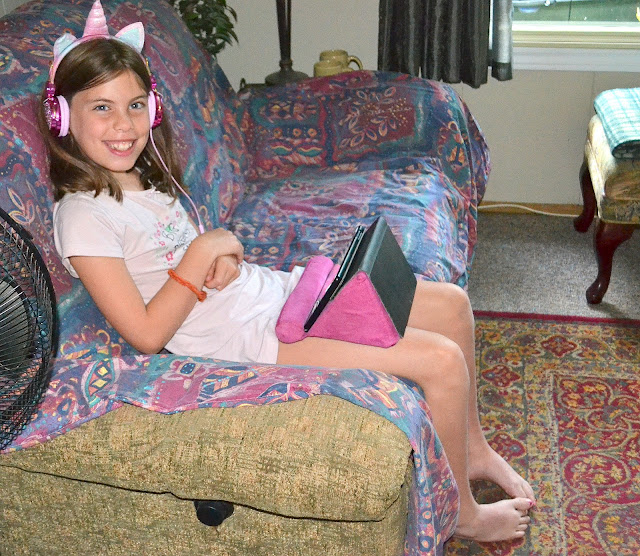 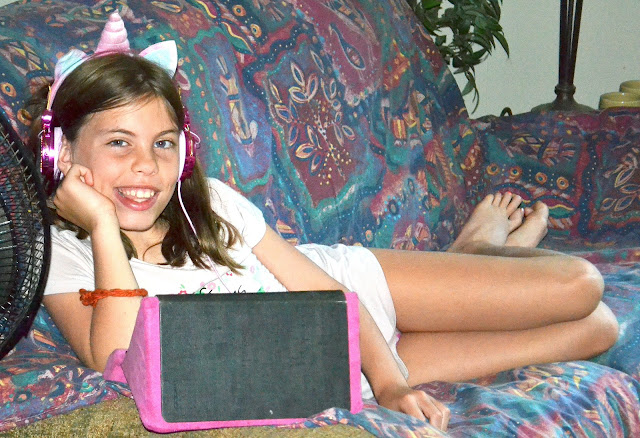 Our clear overnight temps dropped to 48F so it was a nippy start to the day.  I had to wear a jacket on our morning walk, but luckily we had lots of blue sky and sunshine overhead.  A nice morning for our walk as well as a drive into Bayfield and down around the harbor. 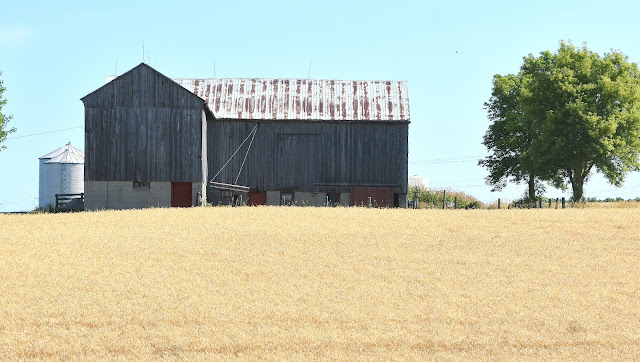 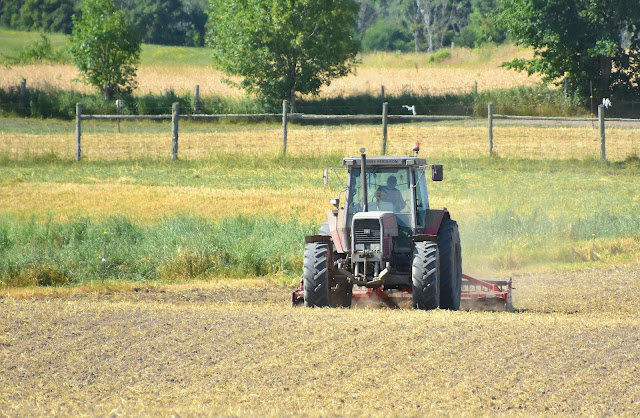 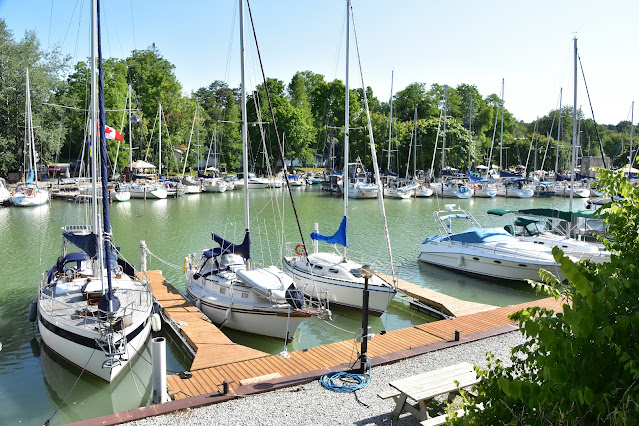 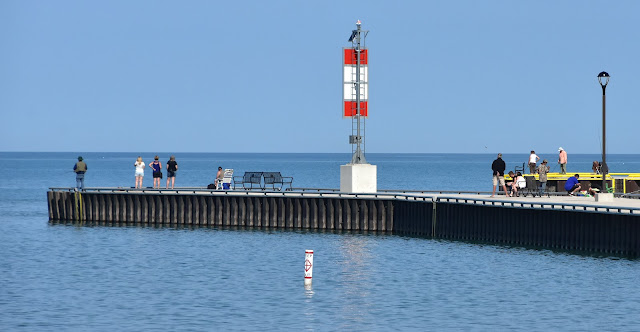 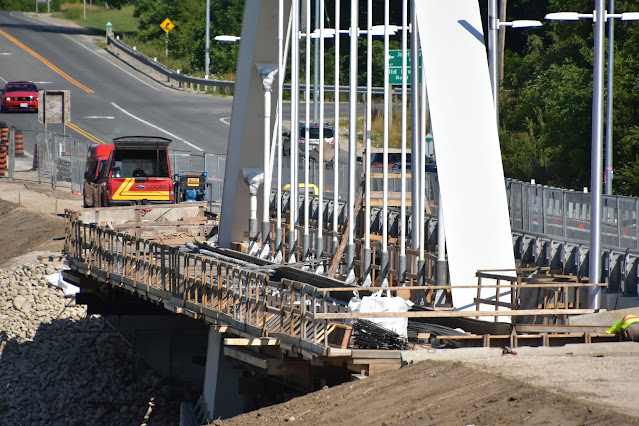 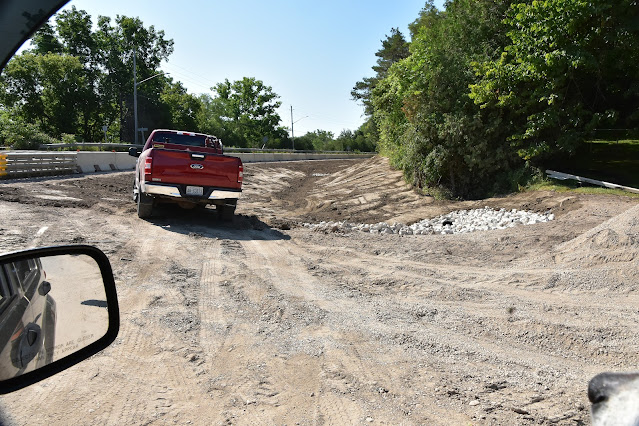 Expecting a call at 9 a.m. our land line phone rang right on time.  It was my diabetes nurse person checking in with me to see how my diabetic numbers, etc. were doing.  This is done every six months.  She had all good news for me and I am certainly in better shape than I often think I am.  My stage 2 diabetes from a couple years ago is now pre-diabetic and very close to the number stating I 'could be' totally diabetes free at some point in the future if I were to get into some kind of vigorous exercise program.  I hate exercise just about as much as I hate asparagus!!Ricardo's job enables him to work from home so our kitchen was his work space today.  My laptop computer is filling in until our new desktop computer is ready to be picked up.  I prefer our bigger desktop monitor for editing photos so I will be glad to get our new Lenova ThinkCentre M70Q Gen 2, Intel Core I-5, 1 Terabyte, etc. blah blah and etc. blah blah set up and running.  In my world with aging eyes, bigger is better for me.  How people can view photos and watch YouTube videos, etc. on a smart phone is way beyond my comprehension.  I had a nice Samsung smart phone once, but it just wasn't my thing no matter how hard I tried to make it so.ContinuIT phoned at 12:15 and said the computer was ready to be picked up so I didn't waste any time in getting myself up to Goderich to pick it up.  Home again about 1:30 I got right at it hooking up all the wires.  Usually things do not go smooth doing this but my biggest problem was the mosh of wires behind the deck.  Despite a couple minor impatient temper tantrums I was quite surprised when I finally hit the computer's 'on' button......and everything mysteriously worked.  What?? Why did that happen!!   Well fancy that eh.  Kelly took care of the software and it wasn't long before I was setting up the desktop to my liking.  Color, backgrounds, icon images, etc. etc. and etc............ 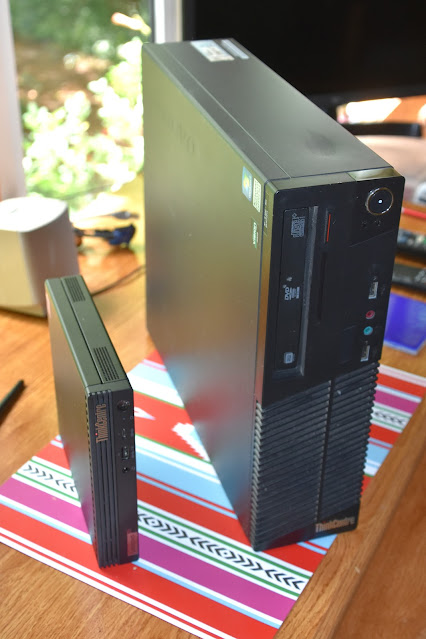 Ella is staying overnight while her Mom and Dad take a break and head off to Goderich for the night where they have a room booked.   GROANER'S CORNER:(( A Child's Book Report on the Entire Bible::In the beginning, there was nothing but God, darkness, and some gas. The Bible says, 'The Lord thy God is one,’ but I think he must be a lot older than that. Anyway, God said, 'Give me a light!' and someone did. Then God made the world. He split the Adam and made Eve. Adam and Eve were naked, but they weren't embarrassed because mirrors hadn't been invented yet. Adam and Eve disobeyed God by eating one bad apple, so they were driven from the Garden of Eden. Not sure what they were driven in though, because they didn't have cars. Adam and Eve had a son, Cain, who hated his brother as long as he was Abel. Pretty soon all of the early people died off, except for Methuselah, who lived to be like a million or something. One of the next important people was Noah, who was a good guy, but one of his kids was kind of a Ham. Noah built a large boat and put his family and some animals on it. He asked some other people to join him, but they said they would take a rain check. After Noah came Abraham, Isaac, and Jacob. Jacob was more famous than his brother, Esau, because Esau sold Jacob his birthmark in exchange for some pot roast. Jacob had a son named Joseph who wore a really loud sports coat. Another important Bible guy is Moses, whose real name was Charlton Heston. Moses led the Israel Lights out of Egypt and away from the evil Pharaoh after God sent ten plagues on Pharaoh's people. These plagues included frogs, mice, lice, bowels, and no cable. God fed the Israel Lights every day with manicotti. Then he gave them His Top Ten Commandments. These include don't lie, cheat, smoke, dance, or covet your neighbor's stuff. Oh, yeah, I just thought of one more: Humor thy father and thy mother. One of Moses' best helpers was Joshua who was the first Bible guy to use spies. Joshua fought the battle of Geritol and the fence fell over on the town. After Joshua came David. He got to be king by killing a giant with a slingshot. He had a son named Solomon who had about 300 wives and 500 porcupines. My teacher says he was wise, but that doesn't sound very wise to me. After Solomon there were a bunch of major league prophets. One of these was Jonah, who was swallowed by a big whale and then barfed upon the shore. There were also some minor league prophets, but I guess we don't have to worry about them. After the Old Testament came the New Testament. Jesus is the star of the New Testament. He was born in Bethlehem in a barn. I wish I had been born in a barn, too, because my mom is always saying to me, “Close the door! Were you born in a barn?” It would be nice to say yes. During his life, Jesus had many arguments with sinners like the Pharisees and the Democrats. Jesus also had twelve opossums. The worst one was Judas Asparagus. Judas was so evil that they named a terrible vegetable after him. Jesus was a great man. He healed many leopards and even preached to some Germans on the Mount. But the Democrats and all those guys put Jesus on trial before Pontius the Pilot. Pilot didn't stick up for Jesus. He just washed his hands instead. Anyways, Jesus died for our sins, then came back to life again. He went up to Heaven, but he will be back at the end of the Aluminum. His return is foretold in the book of Revolution.
------------------------------- 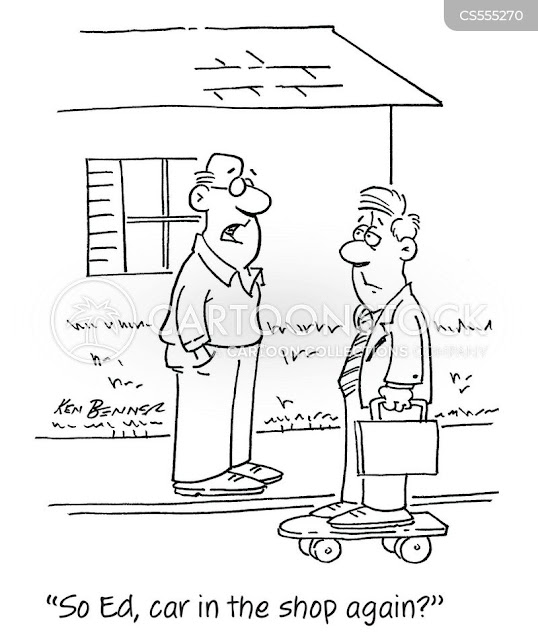