RESTORATION OF WHAT'S LEFT OF THE PARK'S PINE TREE TRAIL:)))))

It was the sound of rain on our roof that had me up and outside around 5 a.m.  I am in the habit of leaving our Winnebago RVs door open so I had to slip out and close it.  We needed this rain and I'm sure area farmers are plenty happy.  Our country road walking spot was a bit squooshy but we did it anyway.  Lots of muddy paw prints on the Jeep seats now:)) 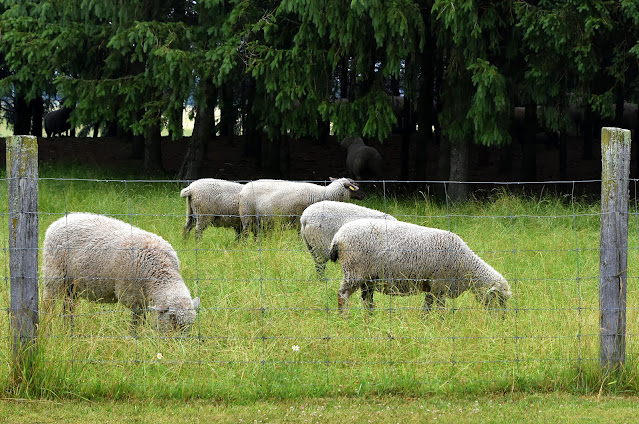 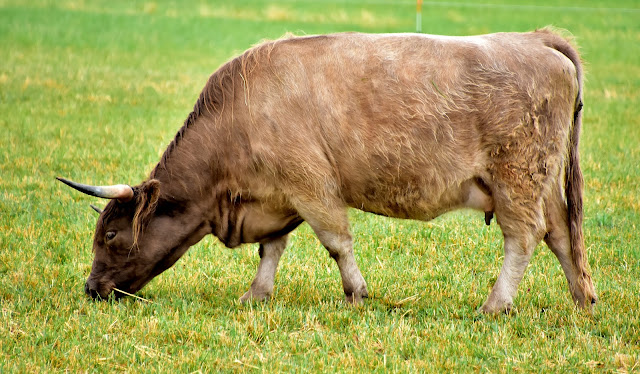 We welcomed the sound of a large truck in our Park this morning because that signified the new graveling of our roads.  A large truck hauling a gravel dispensing trailer evenly distributed the gravel while our new owner Adam, on an orange tracker towing a double-bladed green grader device came along later and graded that gravel out evenly.  Another promise fulfilled by our Park's new owners:))

All three of us were in the front yard today pulling weeds, trimming back overgrown bushes, and digging holes in the ground.  Pheebs was the digger of course.  It is amazing how fast and thick everything is growing this year and I am well on my way to having another utility trailer load of yard waste for the Park's recycling area.  The rain quit early and the skies cleared by late morning leaving us with a really nice sunshiny day. 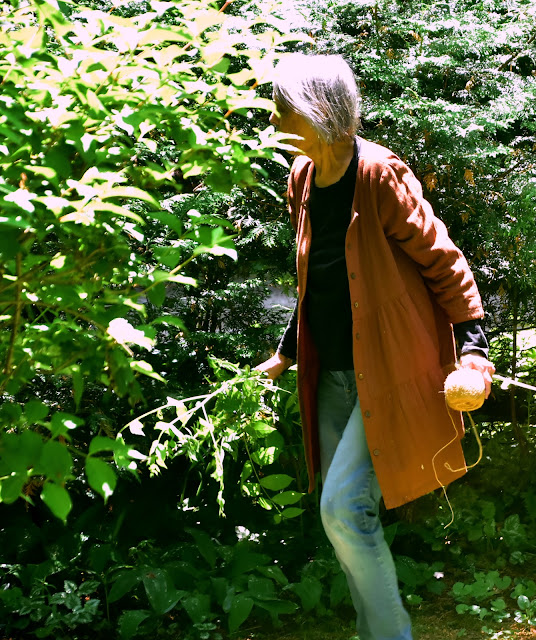 Kelly brought me home a really nice dark navy blue 'Denver Hayes' housecoat a couple days ago.  Of course, I didn't really figure I needed one seeing how my old green housecoat was still sorta in good shape.  Well alright, so there were a few holes in it.  But I've had it for a dozen or more years and what the heck, so there's a few holes in it here and there.  Geeezzz, I figured, why let a few tattered rips and tears come between a man and his favorite old housecoat!!  But seriously.......I do really like my new one:))  Quite a surprise on our afternoon walk today.  Despite the majority of the old Pine Tree Trail being needlessly destroyed a year ago here in our Park there was one small section still left.  Pheebs and I had walked down that section a couple weeks ago and it was partially overgrown with some small fallen maple trees blocking the way.  A day later I brought my clippers along on our walk and began clipping back some of the small branches along the way just like I did for nearly 20 years along that trail.  Today, as Pheebs and I were walking along a road near the trail I noticed tractor tires heading into the trees where I knew the trail to be.  Walking a bit further I suddenly realized that the new owner had gone in there with his tractor and cleared all the brush out that had been blocking the trail.  He had cleared out the fallen trees as well and he had even gone further and cleaned out another section of the trail that had not been passable for the last five years.  So, with him having done that, I am now once again inspired to begin carrying my clippers again and make it my project to help the new owner in maintaining that trail from here on.  The words, 'happy camper' pretty much summed up how I felt today to see what he (Adam) had done.We ended our day under sunny skies and 63F temperatures.  In my world, that adds up to just about perfect:)) 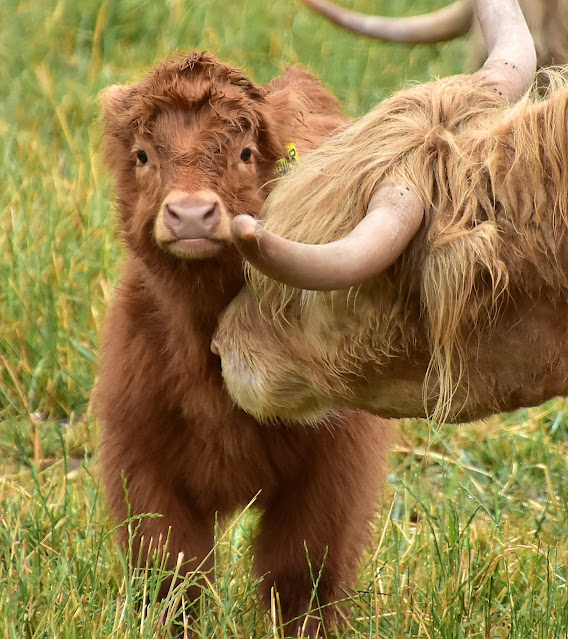 GROANER'S CORNER:((  A mother asked her small son what he would like for his birthday. “I'd like a little brother,” the boy said.  “Oh my, that's such a big wish,” said the mother. “Why do you want a little brother?”  “Well,” said the boy, “there's only so much I can blame on the dog.”

Years ago Fidel Castro was in the hospital with a serious medical condition. He still thought communism was a good idea until he was slowly being lumbered along to the hospital in an old '55 Oldsmobile." 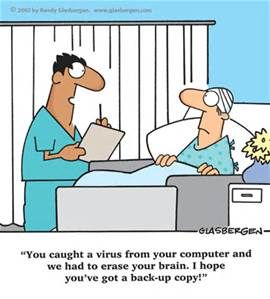 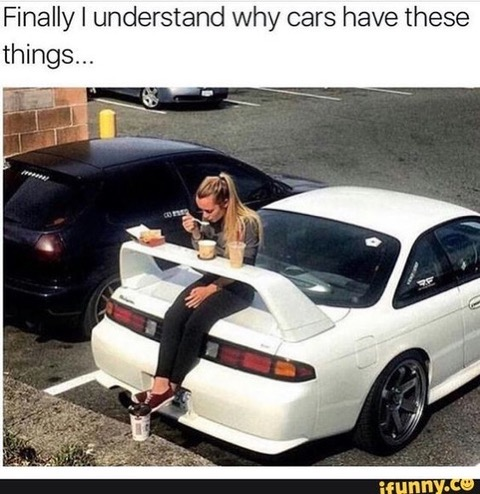