PHEEBS AND I HEAD OUT FOR SUPPER 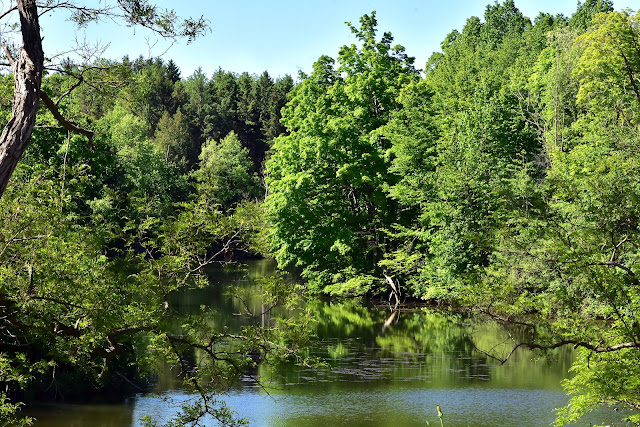 A mighty fine sunny morning greeted us with not a cloud in the sky.  A warmish/coolish breeze coming up from the northwest tousled Pheebs fur and my hair as we walked the recently graded gravel road.  The only problem with that grading is that the road is now very dusty.  Luckily, we know how to pick ourselves up and dust ourselves off:)) 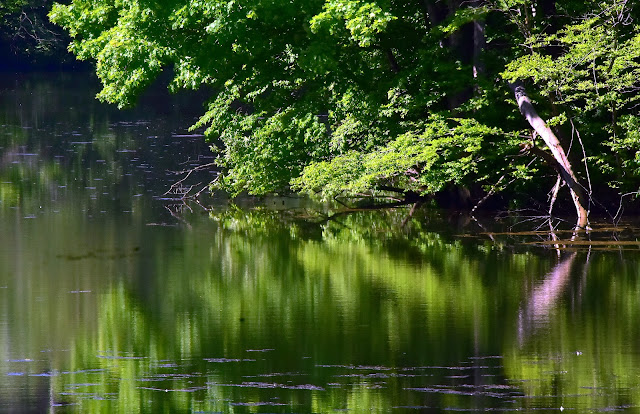 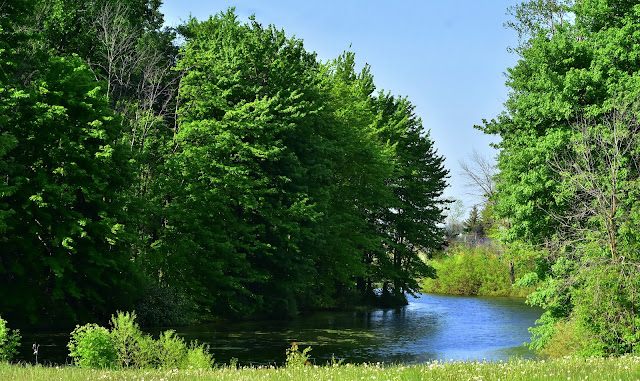 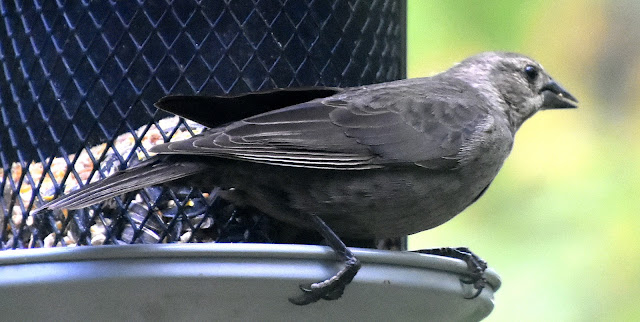 Home again, I decided with no humidity in the air it was a good morning to clean up a very overdue dirty Jeep interior.  I think we had more dust and grit inside the Jeep than our country road had on its surface.  So, with vacuum in hand, I went at it until almost noon when I could feel the temps and humidity coming up.  Somewhere during that Jeep clean-up, I took our battery-powered lawn mower for a quick spin around both our front and back yards too. 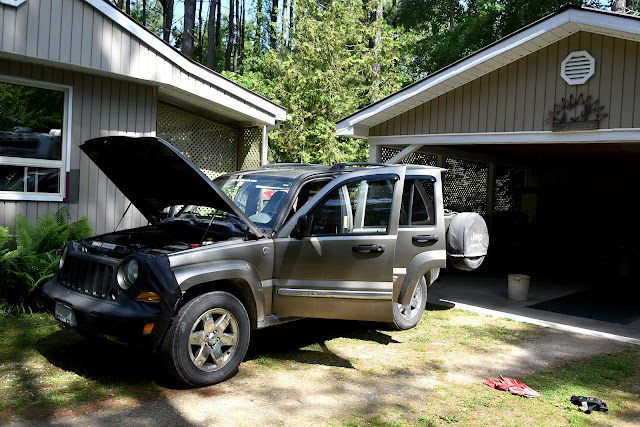 It was long about 3 o'clock this afternoon when Pheebs walked over to me, stopped, and said, 'Dad, it's been quite a while since we have been out for supper'.  And by golly she was right so without further ado we headed for the door.  And it was here where I had one of my very rare flashes of brilliance.  I changed into an older shirt.  Five minutes later we were at Bayfield's Woodland Drive-In where I ordered us up a foot-long hot dog with the works.  By the second bite, I had mustard and onions on my shirt.  Ah-ha, so now you know the reason for my flash of brilliance.
Following our hotdog, we took a swing down around Bayfield's beach and harbor area.  I definitely noticed an uptake in traffic around the wee village.  Cottagers, boaters, week-enders, campers, etc.  Yes, it's tourist season in our area once again. 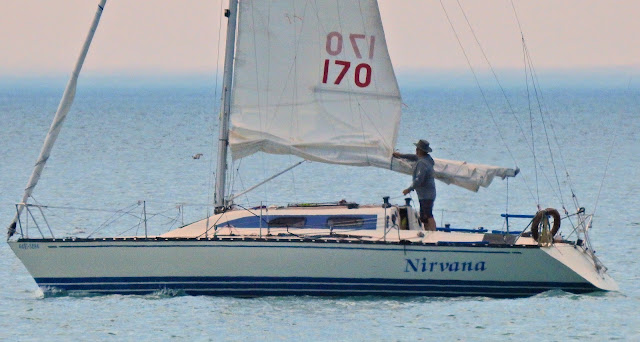 Kelly's been doing pretty good in Brockport New York this week with the exception of side effects from her meds.  Tuesday she actually drove right through Rochester to visit her brother Peter and wife Leslie in Webster NY on the other side of the city.  Thursday she visited some of her old neighbors on Coleman Avenue where she grew up.  She even got to take a quick tour of her Mom's house which is now undergoing some major renovations by the new owner.  Today, she will be in Spencerport helping to set up things for her Mother's memorial which will take place Saturday morning.  Also today, four of five of her children will be arriving at the same Hampton Inn in Brockport Kelly has been staying at.  Some of the grandchildren as well.  Today and tomorrow will be two very tiring days for her then Sunday morning she drives the six hours back home here to Bayfield.  She is so much looking forward to getting back to the quiet peace and tranquility here.  And, Pheebs and I will be patiently waiting for her too:))))
GROANER'S CORNER:((   A motorist was driving down the highway and all of a sudden he hit a sparrow.  He pulled over and picked up the poor sparrow who was still alive, but unconscious. He decided to take him home.  When the motorist got home, he put the sparrow in a cage, leaving him some bread and water inside.  When the sparrow came back to life, he looked around and thought, "Bars, bread, and water... Oh my God! I must have killed that poor motorist!!

A university student fell into a cycle of classes, studying, working and sleeping.  He didn't realize how long he had neglected writing home until he received the following note:"Dear Son, Your mother and I enjoyed your last letter. Of course, we were much younger then, and more impressionable. Love, Dad." 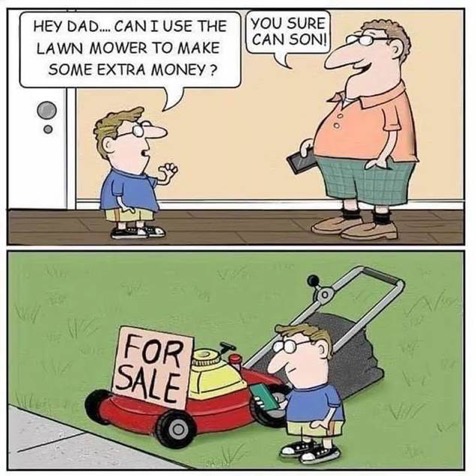 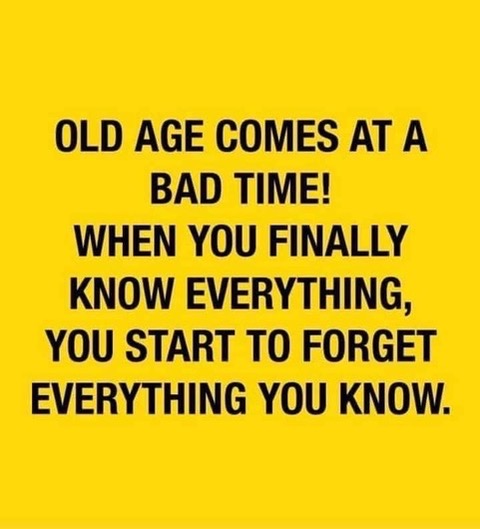