I STILL AM ALL THESE YEARS LATER

It was shortly after 10 p.m. Tuesday night when Pheebs and I hopped into the Jeep and headed out to have a look at the night sky at our morning country road walking spot.  Only one problem.....I forgot to check the sky before we left and as soon as we cleared the forest I glanced skyward and could only see one star because of a slight overcast.  Rather than turn around or drive 3 miles to our spot we only went a mile, turned onto a sideroad, and shut the Jeep down.  I didn't want to waste an opportunity to be out at night so we took ourselves for a short walk along the dark road.  I was only able to find one constellation which was the Big Dipper directly overhead.  To the west and northwest low on the horizon, I could sheet lightning flashes which I found out later were storm cells traveling up the Michigan Peninsula in a northeast direction.  I absolutely love being outside at night away from all lights and human habitation.  It is a different world altogether with a totally different feel to it.  I think I get my love of the night from when I was a small boy.  Living at the edge of a small village I was always mesmerized by the night sky and all its twinkling stars.  I still am, all these years later. 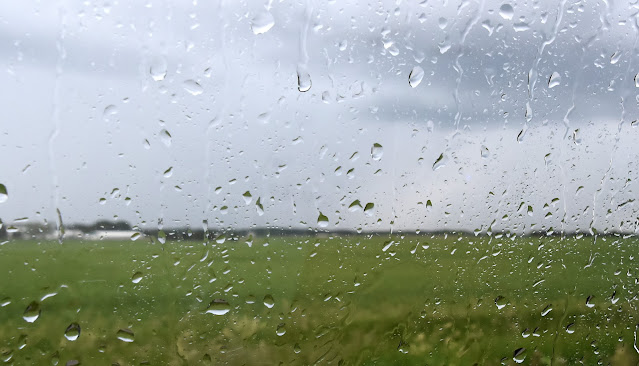 A few splatters of rain in the night and as soon as Pheebs and I cleared the forest on our way to our walking spot we got clobbered by a cloud burst.  A quick change of plans had us turning left in the direction of Goderich.  Had a few items on my grocery list anyway so we followed Libby's windshield wipers north with just a touch of heat on.  The rain clouds were sporadic with some areas of the road perfectly dry while other sections of the road were thoroughly drenched.Coffee to go at McDonalds and down to the harbor.  The Algoma Innovator was in the process of leaving the Goderich Salt Mine dock while another ship was tied up alongside the Goderich Grain Terminal.  Although the Argentia Desgagnes at the grain elevators was shorter than the Algoma Innovator it looked like it had a large ocean-going bow on it.  Based out of Newfoundland that would explain the large bow for having to deal with rough North Atlantic seas around Nfld. Further along on the lakefront road leading to Rotary Cove, a grounds crew was busy spraying a grass seed fertilizer mixture in the area of the exercise machines. 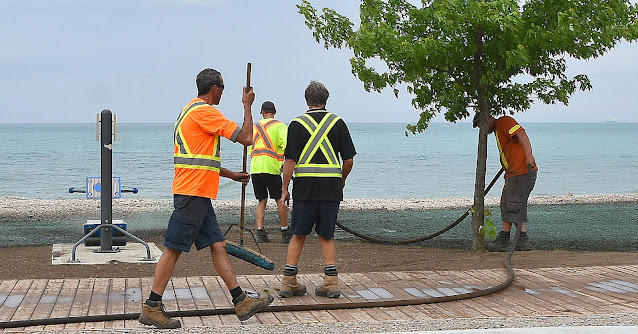 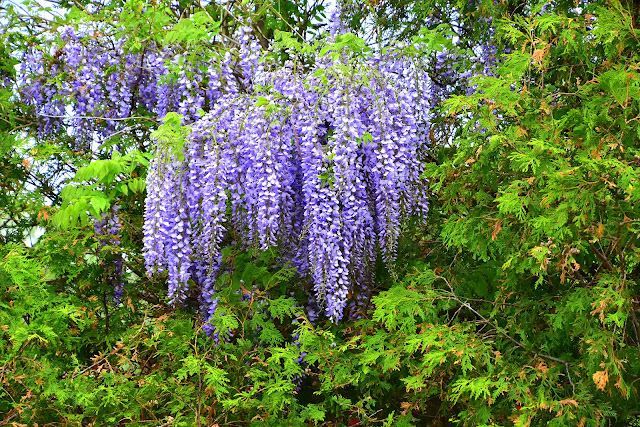 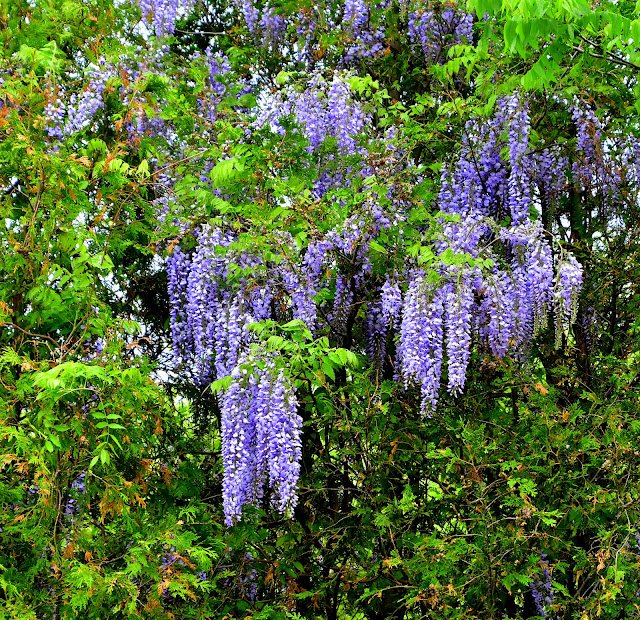 Back up out of the harbor and after a quick stop at Food Basics, we headed home.  With drizzly rain upon us for most of the way, we were back sometime around 11.  I must say I certainly felt much better this morning than I did Tuesday morning and I figure it probably had everything to do with two things.  I had a 'regular' coffee this morning and the rainy storm front that rolled in overnight brought cooler air with it.  I prefer that cooler 61F weather as opposed to that over 80 stuff for sure.  And it looks like temps are going to average about 63F over the next 14 days.  By late afternoon I was back into my long sleeve flannel shirt. 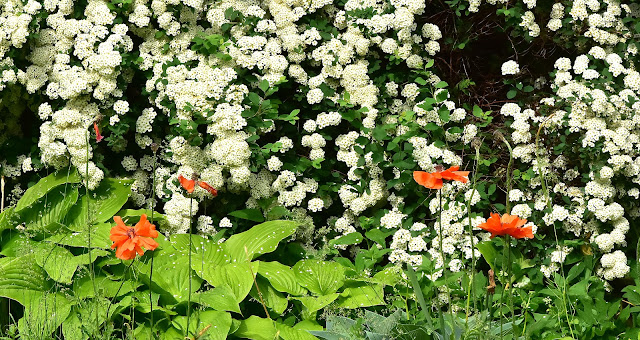 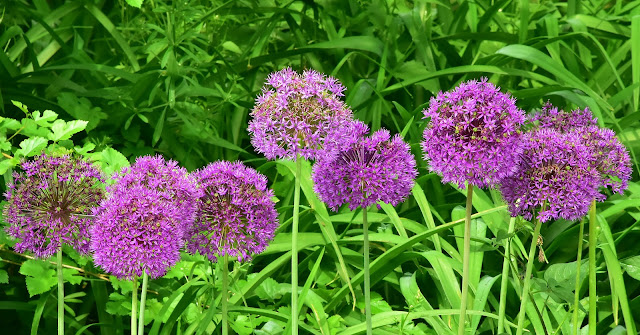 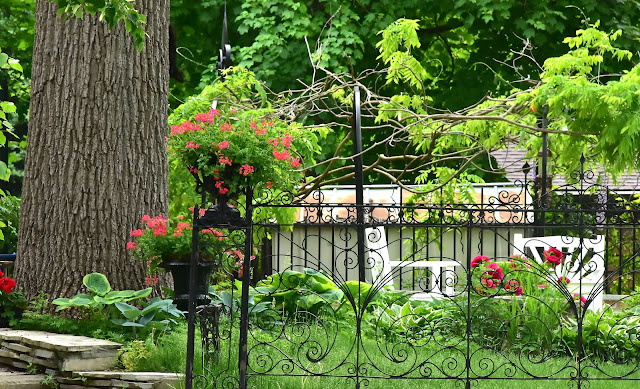 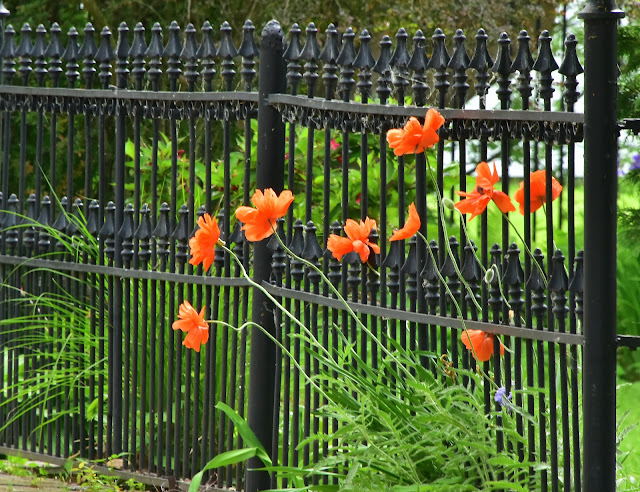 I don't hate washing windows, I just don't like washing windows.  Today's cloud cover was a perfect window washing day but try as I did I simply could not scrounge myself up enough energized enthusiasm to get the job done.  I really do wish somebody would invent self-cleaning windows!! 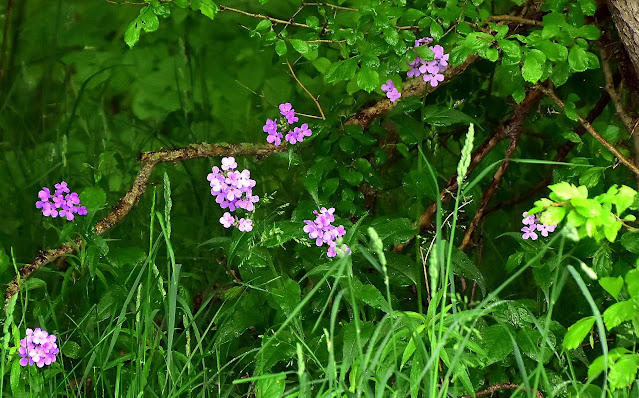 Ellen's Groove:: This is Ellen's last day at The School of Rock.  It's a 51-second video and it looks like the pressure is on.  Although she doesn't play her bass, watch her duck under another musician's arm to hurriedly get to where it is she really needs to go. 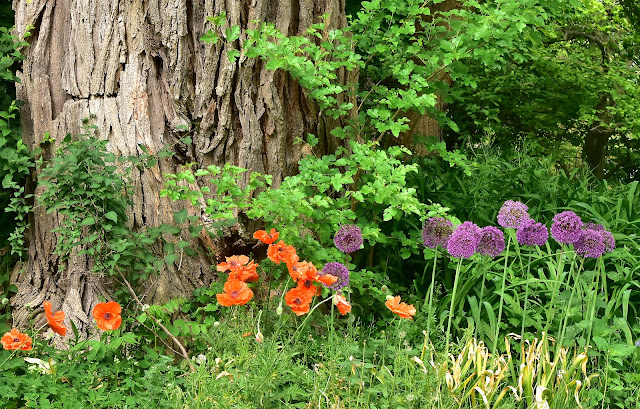 GROANER'S CORNER:((  A man texted his friends and family after he had been involved in an incident........Thanks everyone for your concern. First off, I'm ok, although i was a bit shaken up. For those of you are not aware, I was robbed at the gas station this morning. After my hands stopped trembling, I managed to call the police. They were quick to respond and calmed me down as my blood pressure had gone through the roof. My money is gone though. The police asked me if i knew who who did it and i told them yes, it was pump number 3.
----------------------------------------
I was in the six-item express lane at the store quietly fuming. Completely ignoring the sign, the woman ahead of me had slipped into the check-out line pushing a cart piled high with groceries. Imagine my delight when the cashier beckoned the woman to come forward looked into the cart and asked sweetly, "So which six items would you like to buy?"
------------- 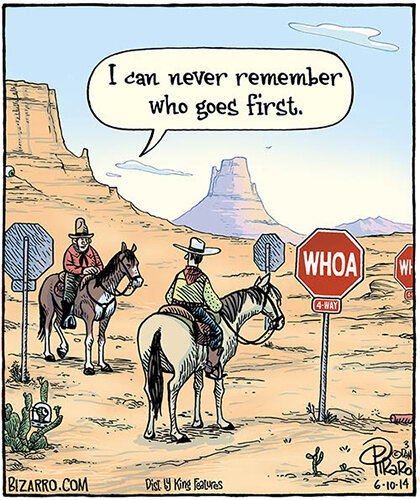 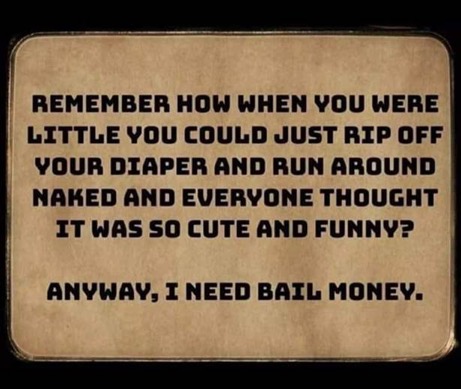