Expecting it to be raining this morning you can imagine my delight when I first opened my eyes and saw the morning's sun streaming through our big east-facing window.  A nice start to the day until in my hazy morning fog I forgot to place my cup into my one-cup coffee maker and ended up with my morning coffee not in my tummy but all over the kitchen counter. (again)  Not to worry, I didn't let this little glitch sink me and the day progressively got better.  Besides, I knew this was the day Kelly was coming home, and how nice for her not having to drive through a predicted rainy day:))  But then I checked the weather map!!  Oh-Oh, I could see rain approaching from the west, and knowing Kelly was heading west from Brockport New York I could see it was going to be close as to who would reach Bayfield first.  The rain or Kelly? 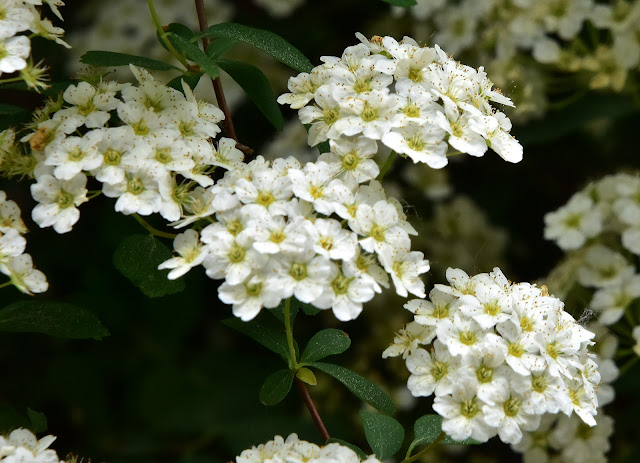 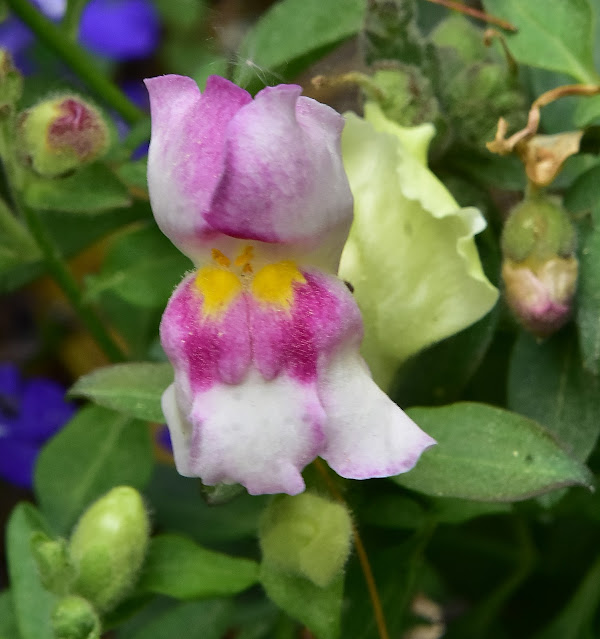 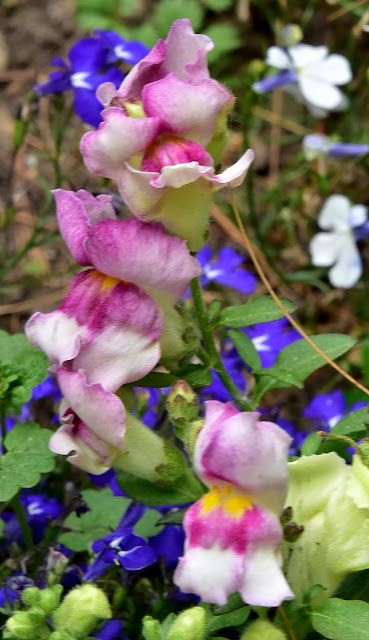 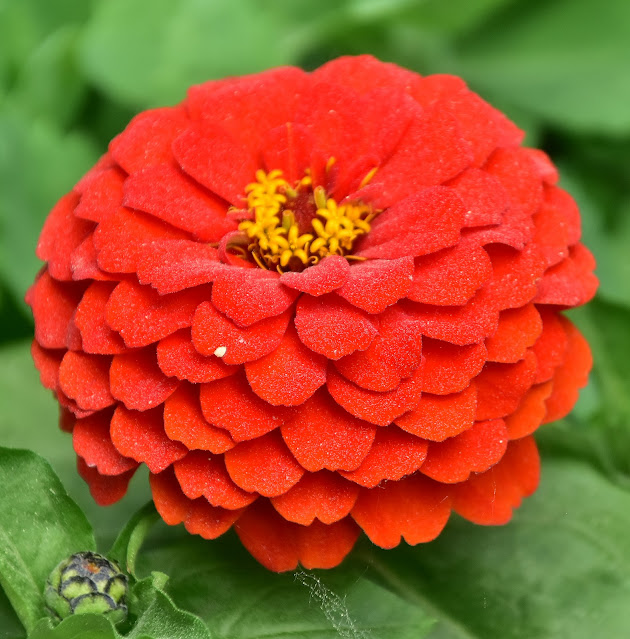 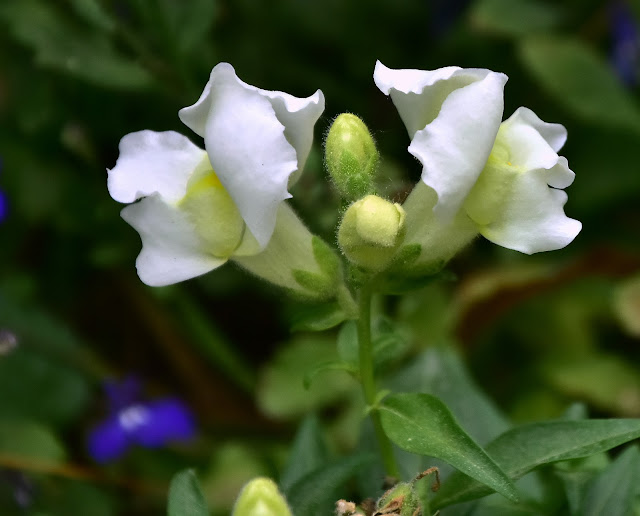 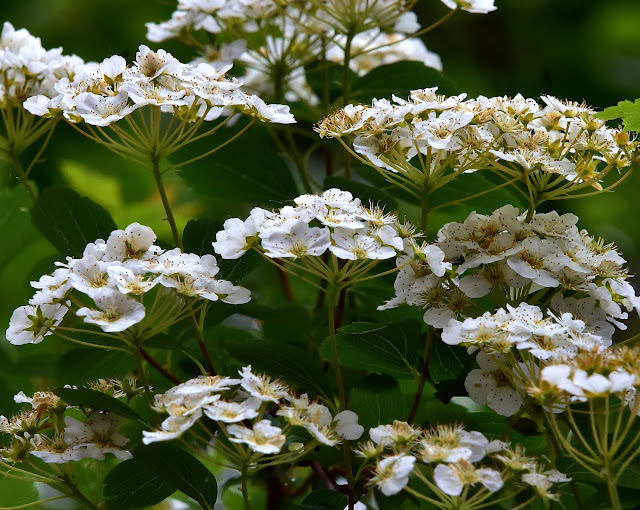 I appreciated the touch of warmth in our morning air as Pheebs and I walked our country road.  A stiff southwesterly breeze under sunny skies.  Nice.  Straight back home we went.  Saw an email from Kelly saying she was leaving Brockport at 9:35 a.m.  Clouds rolled in around noon.  I checked our live radar map to see where the rain was and guesstimated where Kelly was and figured it's going to be a photo-finish as to who reaches Bayfield first. 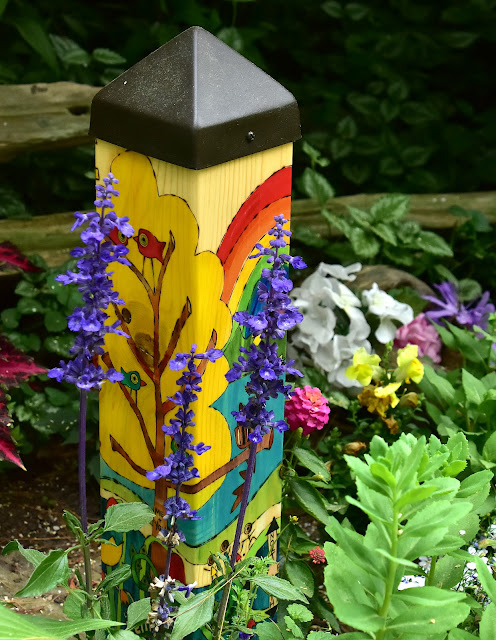 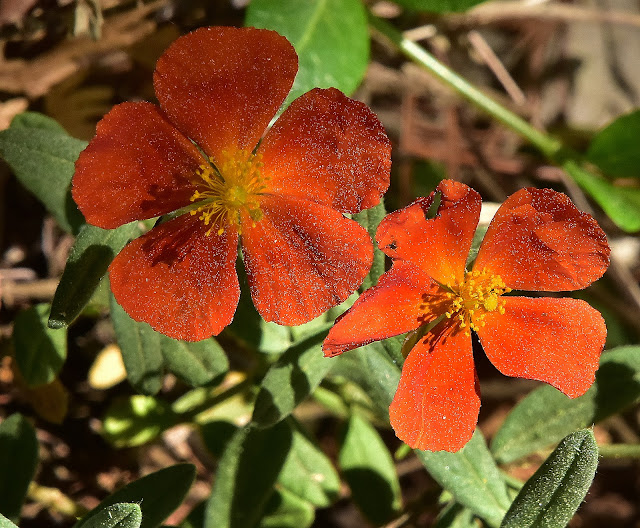 Not being what I consider to be a messy person I didn't have to run around in a panic getting things cleaned up and ship-shape before Kelly got home.  Washed up half a dozen dishes and that was about it.  I always make a special effort to have the kitchen sink sparkling clean for her.  Received the following email from Kelly shortly after 2 p.m. 'Took an hour to get to the front of the line at border.  Only 4 booths open.  QEW skyway had 2 lanes closed. It's 2:00 and I'm only in Brantford  !! Getting a coffee and having a rest. 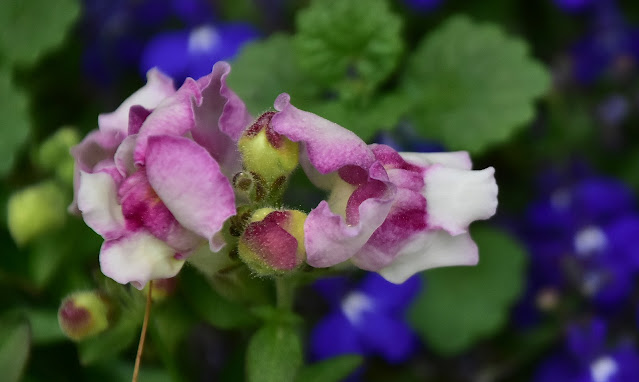 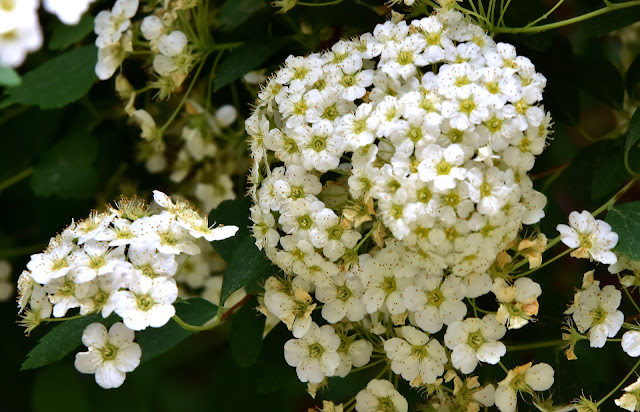 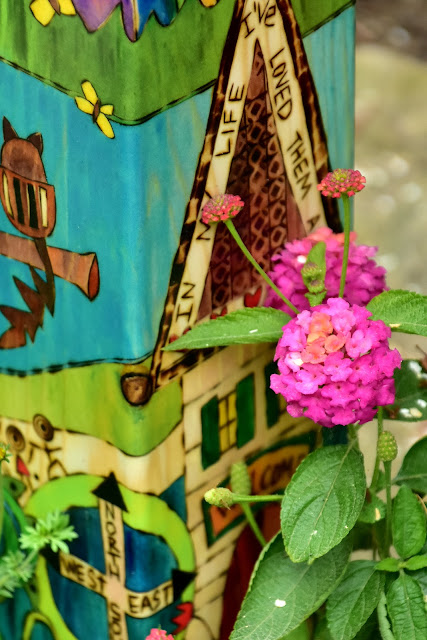 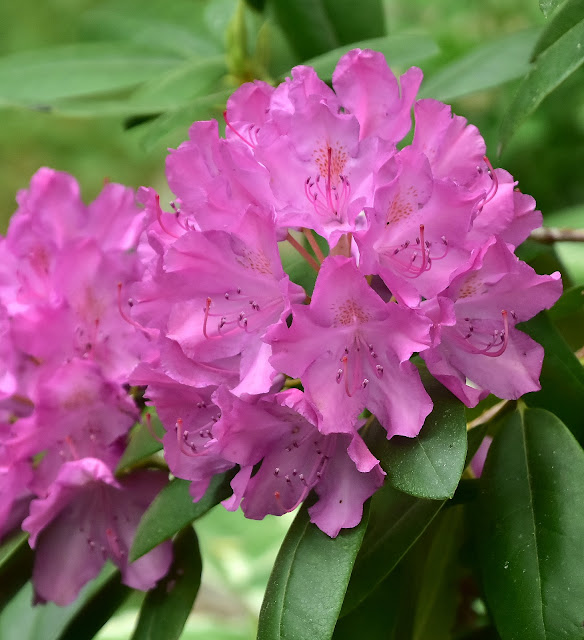 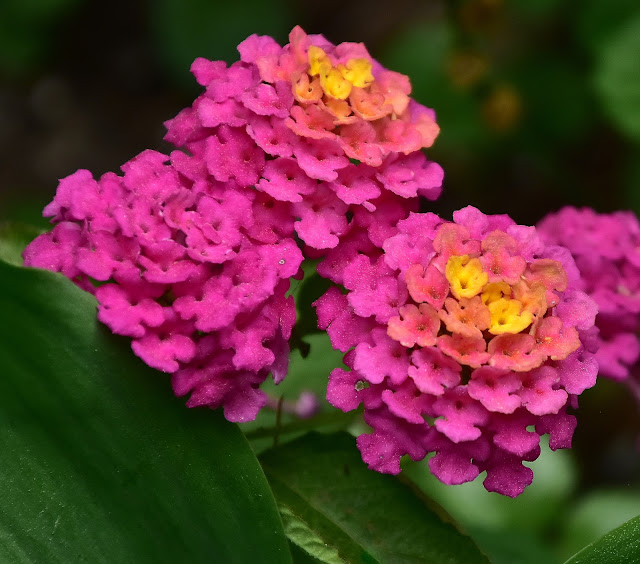 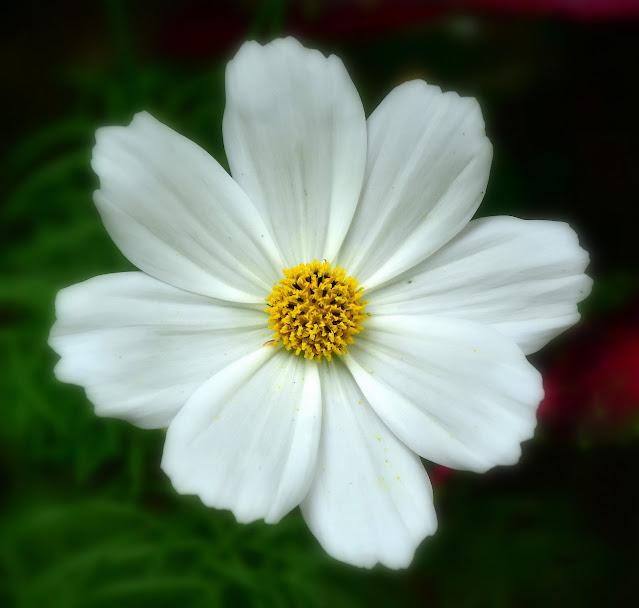 It was 5 o'clock when Kelly rolled into the driveway with the rain beating her by about a measly 10 drops.  It was not a good drive back from Brockport New York for her.  She didn't have a good night's sleep at all and was overtired.  Kelly said the traffic on the multi-laned Queen Elizabeth Way between Lewiston and Hamilton was absolutely brutal and then she had to swing through Hamilton to catch the 403 heading west.  Normally on this trip she would only make one stop along the way at Tim Hortons in Brantford but today she had to make three stops to try and ward off the tiredness.  She even missed a turn-off south of Stratford.  The usual 5 hour trip turned into 7 hours and 15 minutes.  By the time she got home she was totally exhausted. 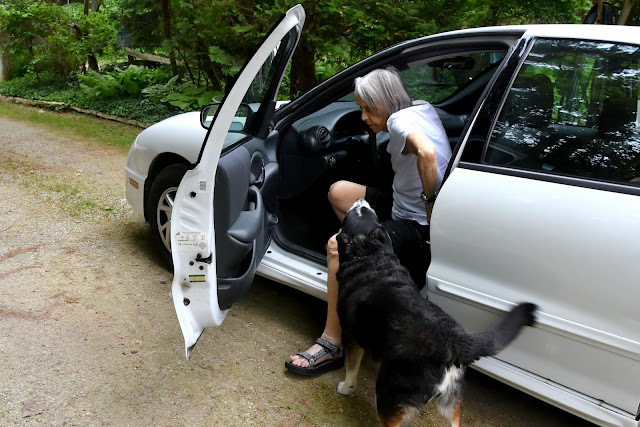 Mary, in our Shoutbox, asked the question, 'how do you know Ellen?  She is meaning Ellen Alaverdyan the 10-year-old bass guitar player of course.  Although I don't play any instruments I have always had a keen interest in music for as long as I can remember.  My interest spans many types of music and over the years I have found myself drawn to the lower end of the music scale where all the lower notes hang out.  If it's a boogie-woogie piano piece I hear it is the bass line that draws me in.  If it's a 1940's song I'm listening to it's the drummer I am hearing.  Gene Krupa in Swing, Swing, Swing for example.  It's not the horns I'm listening to, it's the bass player and the drummer.  If it's a modern-day band or piece of music it's the bass player and the drummer working together that I'm listening for.  Or, whatever bass instruments are being used.  So, having an interest in bass sounds, I once bought myself a bass guitar and amp with the intention of learning how to play.  Well, that was back in the old drinking days and needless to say I never did take the time or put forth the effort to learn how to play.  I eventually gave that guitar and amp to my son Sean, who by the way is a fine musician, singer, songwriter and music producer in his own right.  I guess that apple didn't fall too far from the old apple tree.  Sean is the main moving force behind SemantixSound....... Okay, back to Ellen and Mary's question....On the internet, I often listen to many different musicians on YouTube and gravitate towards groups with strong bass lines.  Browsing around last winter for bass guitar riffs I came across this young 9-year-old girl with a bass guitar almost bigger than herself  and she was learning to play it with the aide of something called Yousician.  Well, of course, my interest was piqued but there was something else about this young musician that right away caught my attention.  I know I'm being repetitious here but she reminded so much of someone who I once knew so well so many years ago.  Like me, I think most anyone tuning into Ellen's life will immediately be drawn to her just like I was by her magnetic bubbling personality, charm, and natural talent.  With the superb guidance of her masterful musician father Hovak, she easily wins the hearts of anyone following her musical progress.  Hey, I even became a member of Ellen's Fanclub which was a first for me to join anything like that...... Okay Mary, know this was a long answer to a short question, but they don't call me Mr. Blabberfingers for nothing you know:))  Oh, and one other point of interest.  It's easy for readers to get Kelly's grandaughter Ella mixed up with bassist Ellen.  The names are similar and the two girls kinda look alike.  Ella turned 9 today and Ellen turned 10 about 4 days ago.  Yup, its easy to get them mixed up for each other alright and my brain sometimes gets Ella and Ellen mixed up as well. GROANER'S CORNER:(( A certain private school in Washington recently was faced with a unique problem. A number of 12-year-old girls were beginning to use lipstick and would put it on in the bathroom. That was fine, but after they put on their lipstick they would press their lips to the mirror leaving dozens of little lip prints. Every night, the maintenance man would remove them, and the next day, the girls would put them back. Finally, the principal decided that something had to be done. She called all the girls to the bathroom and met them there with the maintenance man.  She explained that all these lip prints were causing a major problem for the custodian who had to clean the mirrors every night. To demonstrate how difficult it had been to clean the mirrors, she asked the maintenance man to show the girls how much effort was required. He took out a long-handled squeegee, dipped it in the toilet, and cleaned the mirror with it. Since then, there have been no lip prints on the mirror. There are teachers, and then there are educators...

A religious education class was almost finished making their models of the nativity scene and one little boy had done a lovely job. Some animals, Mary, Joseph, three wise men, and shepherds were all there. However, the teacher noticed an extra, rather overweight man in the scene as well.“Who is that person?” she asked.“Oh, that’s Round John Virgin.” 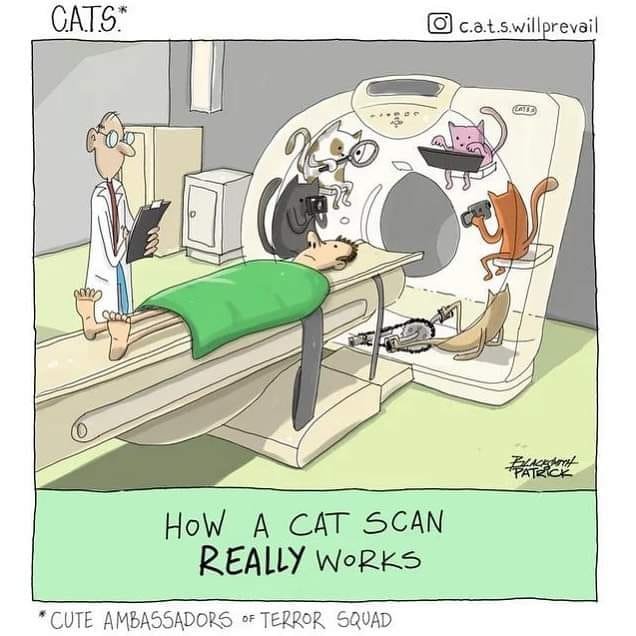 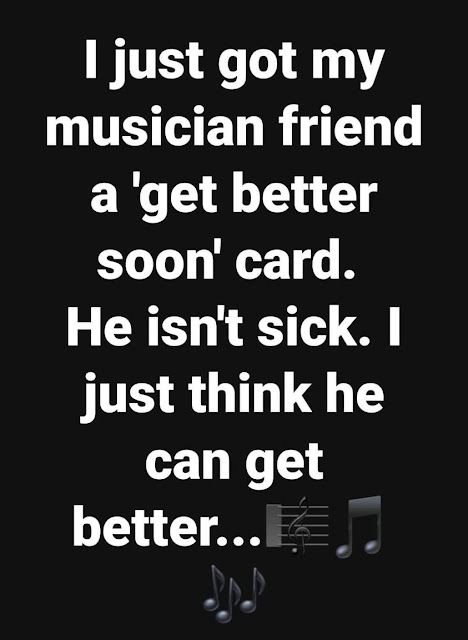