After a rather windy gravel road walk this morning Pheebs and I headed back to Bayfield the long way stopping at Gold Coast Landscaping along the way to pick up a few good old bags of dirt.  It's always a good idea for a fella to have a few bags of healthy dirt around.  Kelly had bought a couple Majesty Palms for our front deck so for sure I needed dirt to repot them into bigger containers.  Took a swing down around Bayfield's harbor area on the way home as well. 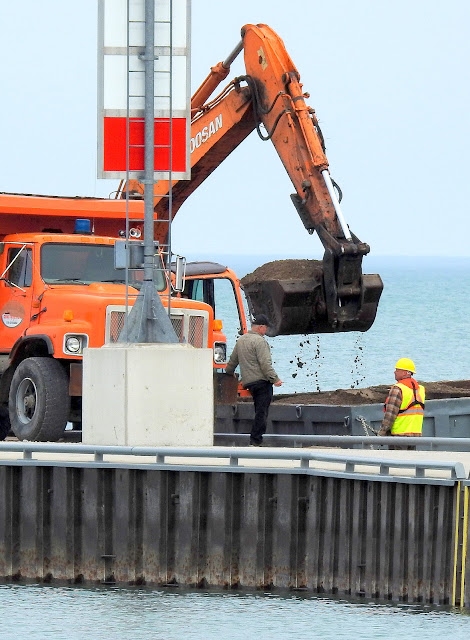 By the time Pheebs and I got back, Kelly had already wheelbarrowed the flowers out to the front flower bed and had them all set in place.  She started planting at one end of the bed and I started at the other.  However, all did not go well and I soon got fired.  You have no doubt heard of a Bull in a china shop.  Well, today I was the proverbial Elephant in the flower garden.  I had planted three groups of flowers, then sat on a flat foot high stump to plant the fourth.  When I went to get up the stump tipped over causing me to lose my balance and I crumpled to the ground landing on two of the newly planted flowers I had just dug in.  I squashed one of them rather badly.  With my legs bent awkwardly under me I had a difficult time extracting myself from the flower bed without doing further damage.  I was quite a sight finally crawling my way out of the flowerbed on my hands and knees.  I could tell Kelly was not pleased with my antics so I quickly relegated myself to a less intrusive job and contented myself with 'carefully' watering the flowers only.  With the Elephant finally out of the flowerbed, Kelly was able to finish planting the flowers. 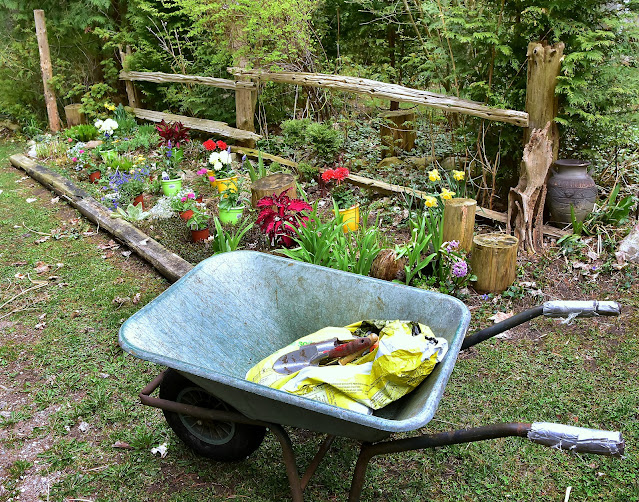 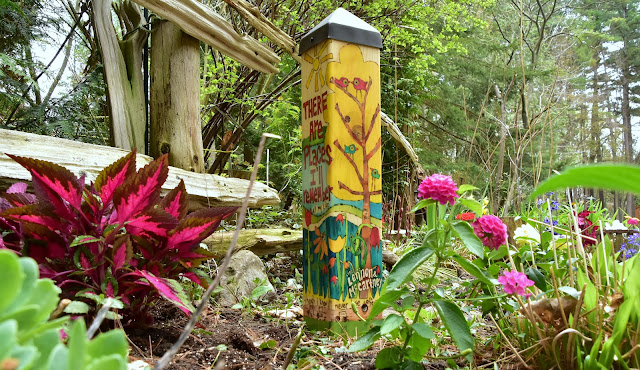 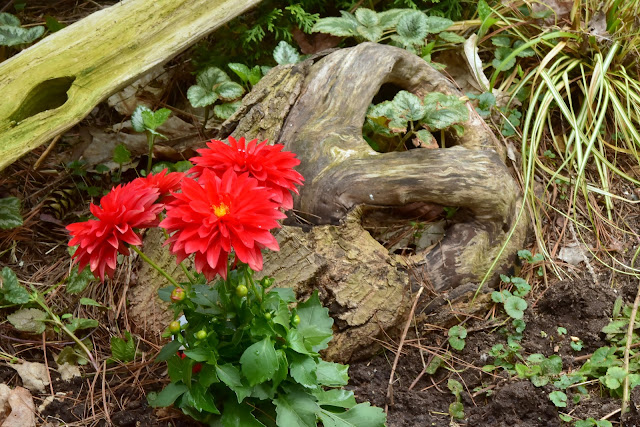 With blustery afternoon winds bringing in warmer air I almost had myself into short sleeves.  I think we topped out around 65F today.  Oh boy, Spring might just be right round the corner eh:)) 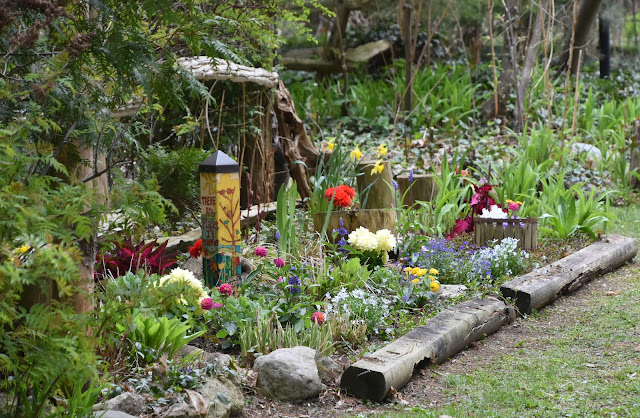 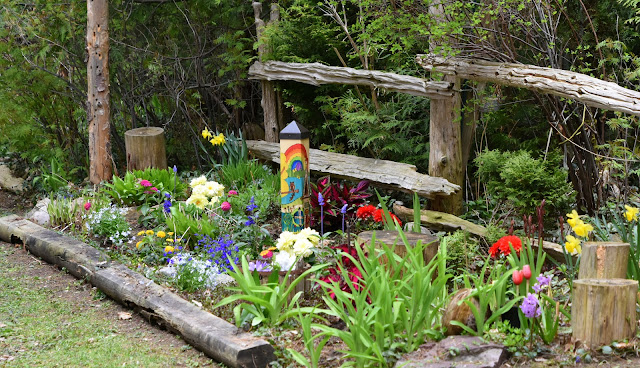 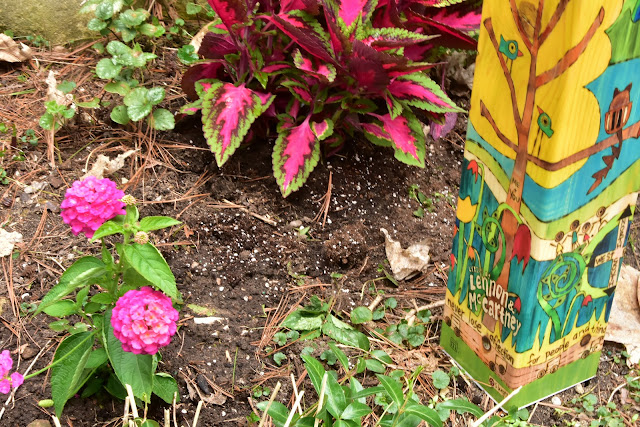 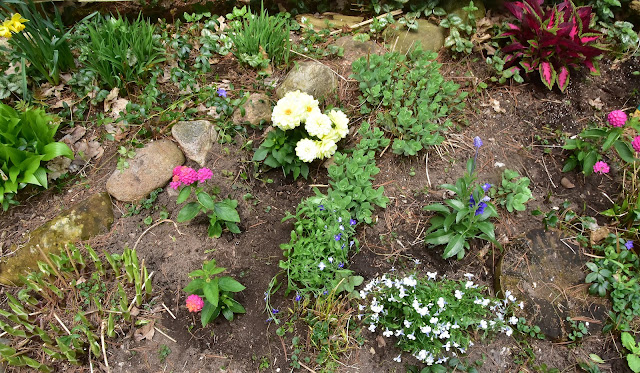 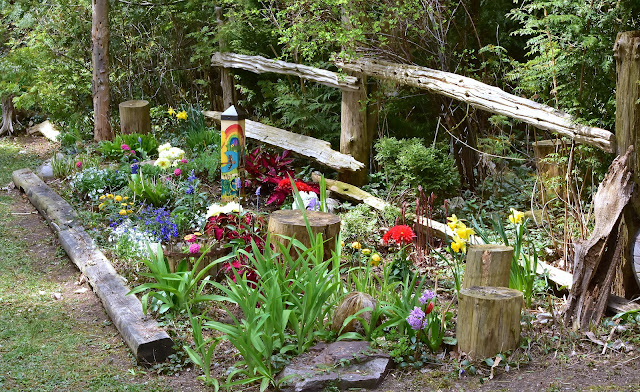 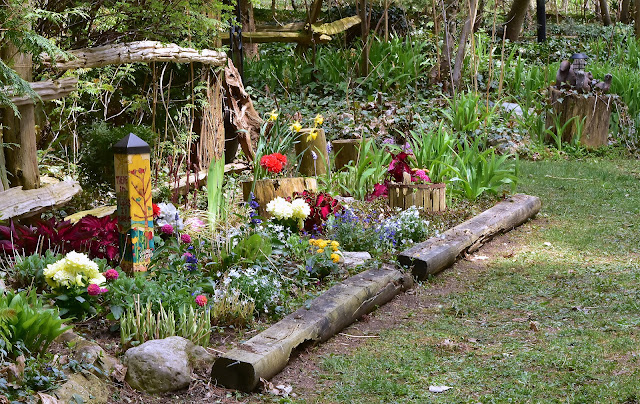 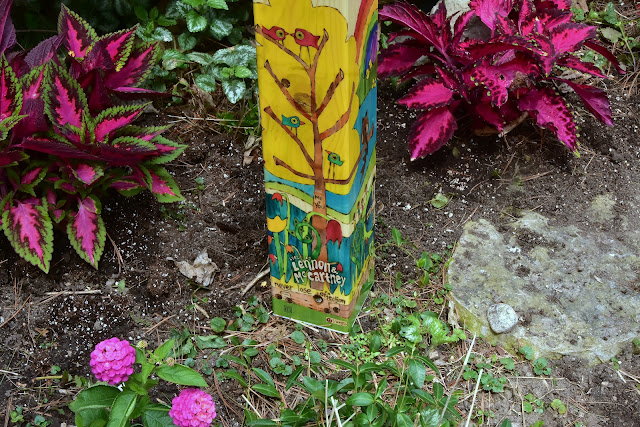 With Sunday being Mother's Day, Kelly is heading over to her daughter's house in Cambridge where four of five of her children will gather for a get-together Saturday.  It has been quite a while since she has been together with most of her family.  They had all volunteered to come to Bayfield but Kelly said she would rather go over there.  Her daughter and husband have a much bigger house for that many people.Pheebs and I didn't get out for our afternoon walk because these darn legs of mine were still hurting too much.  I'm sure hoping they will soon come around and get used to me using them more now that the nicer weather is here.  I don't think it is arthritis because the pain feels like it is in the muscles and not in the joints.GROANER'S CORNER:))   At one point during a game, the coach said to one of his young players, "Do you understand what cooperation is? What a team is?"  The little boy nodded in the affirmative.  "Do you understand that what matters is whether we win together as a team?"  The little boy nodded yes.  "So," the coach continued, "when a strike is called, or you're out at first, you don't argue or curse or attack the umpire. Do you understand all that?"  Again the little boy nodded.  "Good," said the coach.  "Now go over there and explain it to your mother." 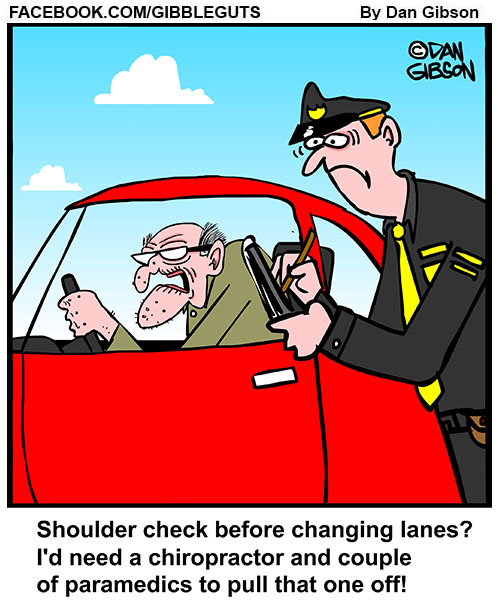 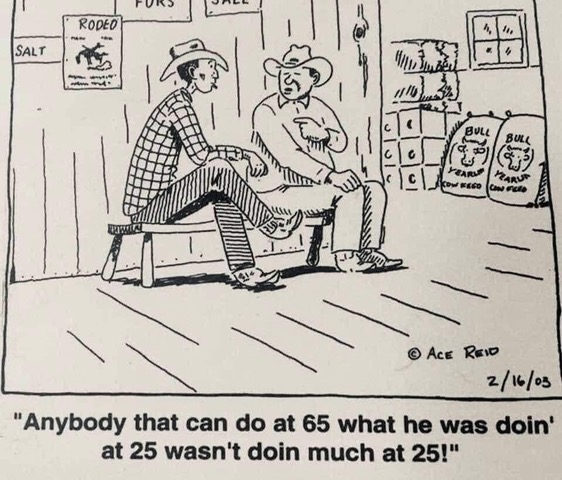