IT IS STILL A NAIL-BITER HERE REGARDING OUR PARK'S SALE

It was under a slightly warm and windless cloudy sky that Pheebs and I ventured out into this morning. With boots and paws, we stirred up some gravel at our country road walking spot and following that it was a slow and leisurely 15mph drive around a few more gravely roads before heading home. 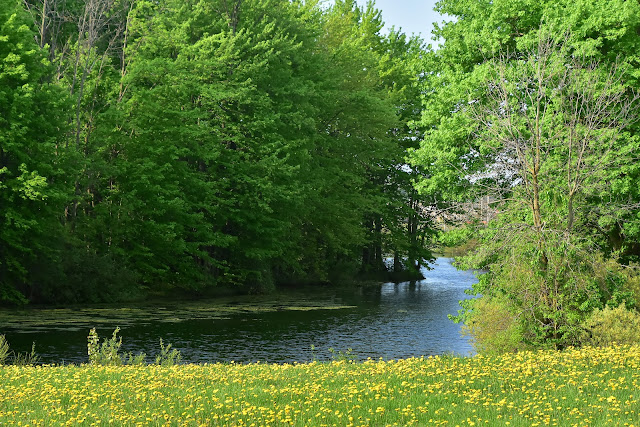 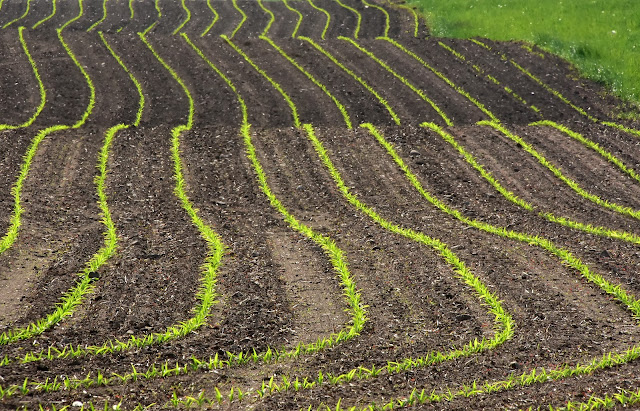 I poked around outside a while before noticing a rather rapid drop in temperature.  Shortly after that, I heard distant thunder and skies began to darken.  As the thunder drew closer, the skies became dark enough to set off our nightlight sensors.  And then came the rain, and did it ever come!! (we didn't know it at the time but this storm continued to pick up strength as it traveled east heading inland causing major damage with 80mph winds causing the deaths of two people due to falling trees)It was probably the sound of the rain pounding on our steel roof that lulled me to sleep in my sunroom recliner.  By the time I regained consciousness, the rain had stopped and skies had brightened.  Even a few brief hints of sunshine. 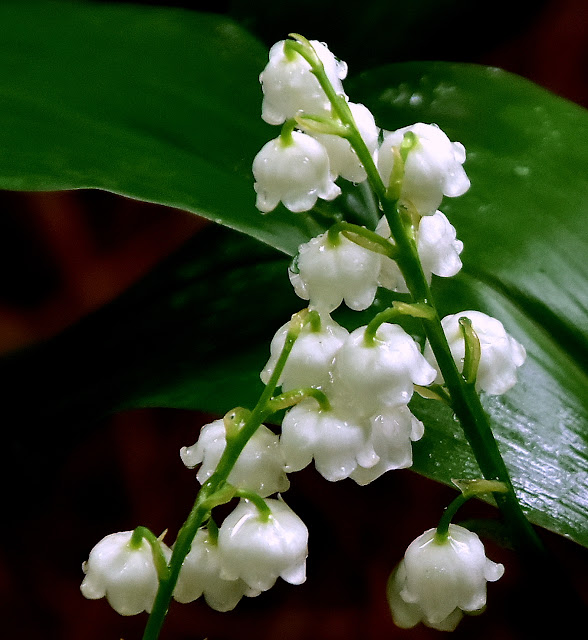 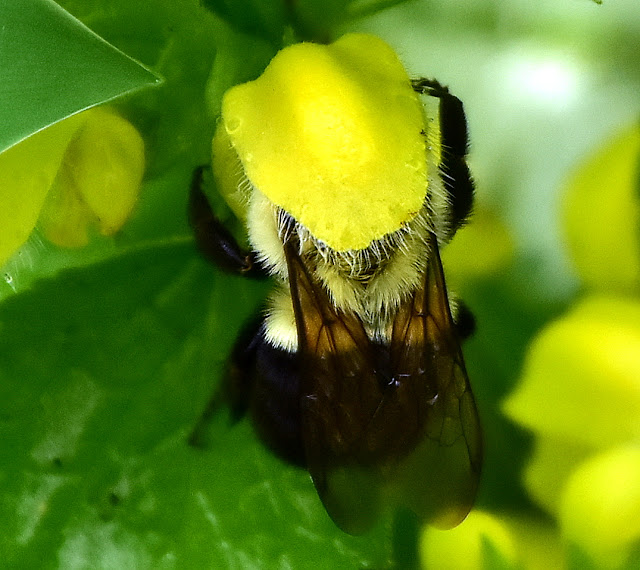 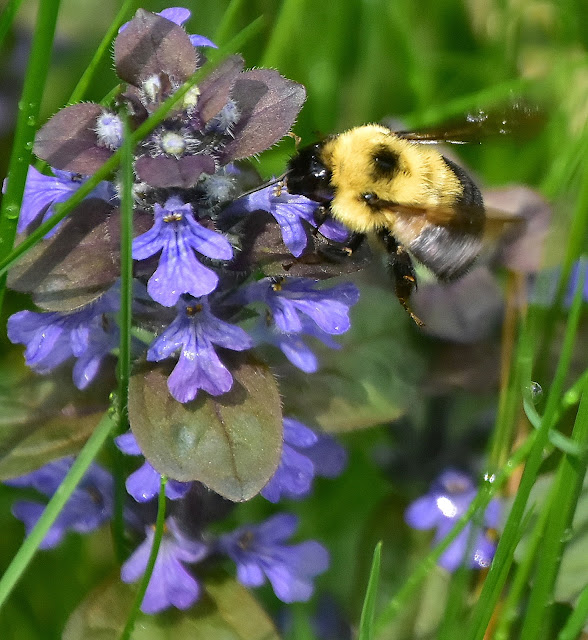 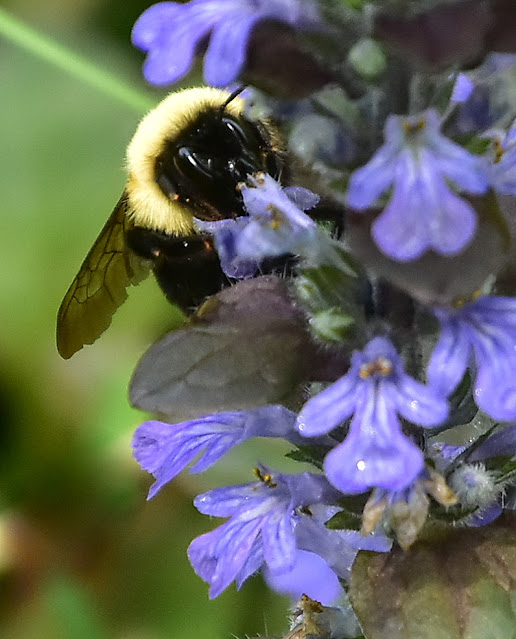 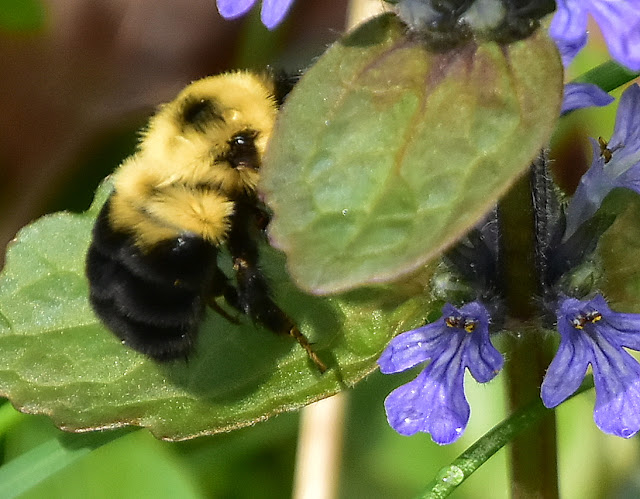 Putting on my duck boots Pheebs and I headed out for a walk through the wet grass over around the Park's pond.  It was nice to hear the bullfrogs chuggerruming.  After the rain, everything looked so fresh and clean.  Our area's Spring foliage is at about its best right now. 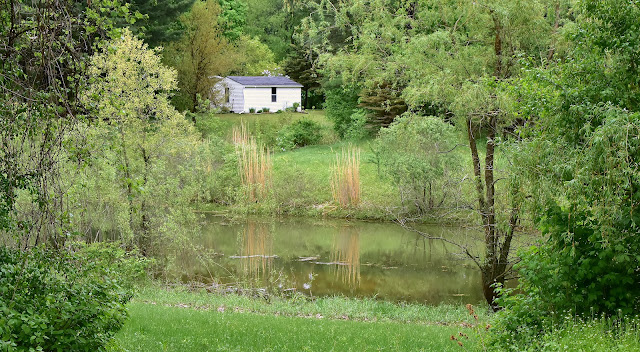 Home from our walk I took a stroll around our back yard where some of our lilac trees are in bloom.  Not all of them have blossoms every year.  Our 30' Japanese lilac does not have a single flower on it.  Lots of leaves but no white blooms. 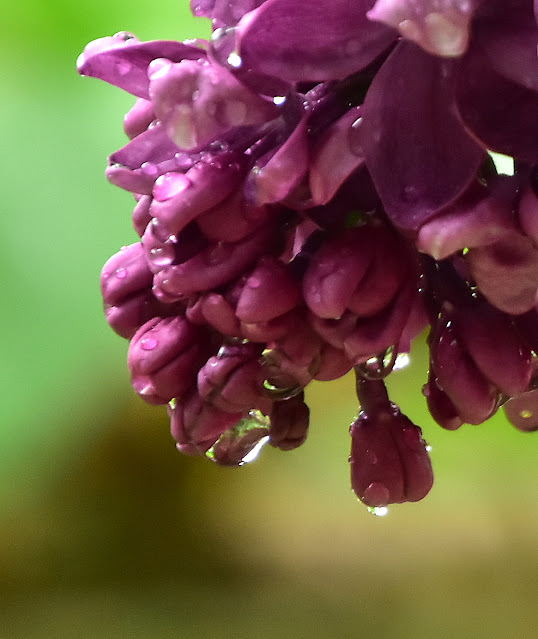 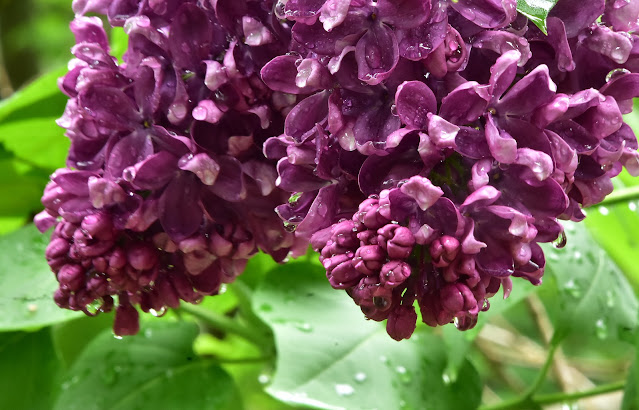 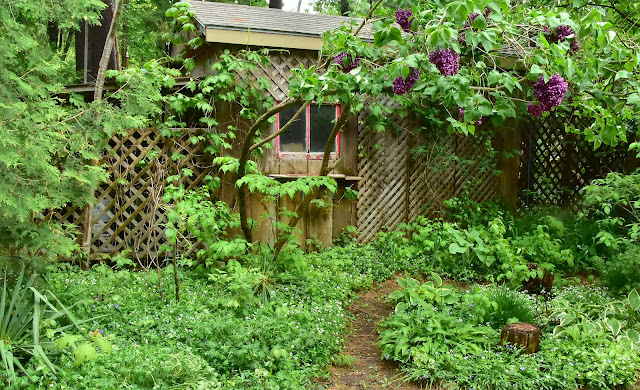 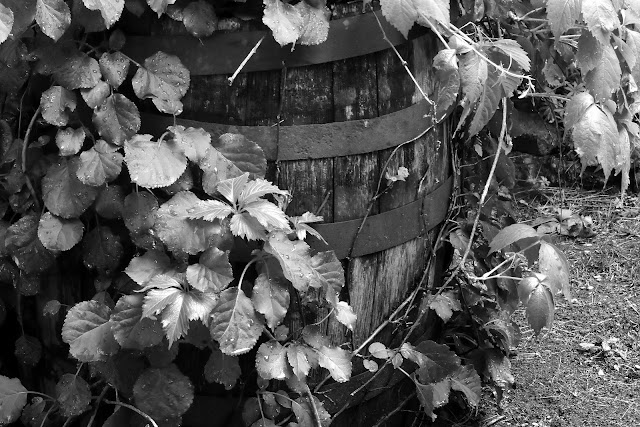 It is still a nail-biter here regarding our Park's sale and it remains unknown whether the proposed final deal signing has been officially reached yet or not.  It doesn't look like it so far and I wouldn't be surprised if this whole crazy thing collapses yet again.  It is a rather bizarre situation going on here at the moment and a lot of residents are very much on edge about it.  It's almost like that feeling one gets when they feel something good or not good is about to happen but they don't know when and what it will be.  But they do know where it will be!! 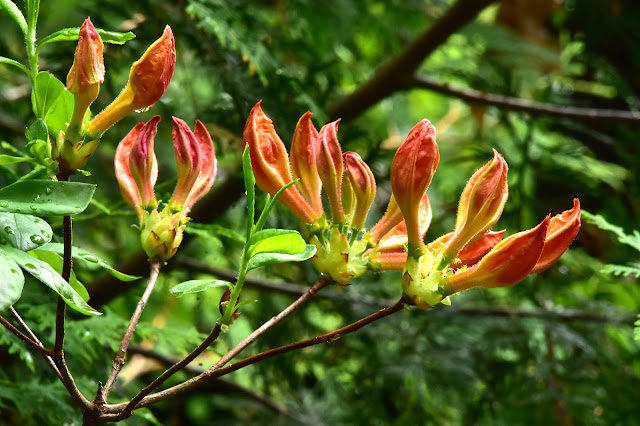 Ellen's Groove:: A 'fun practice session' with Ellen and her Dad, Hovak. 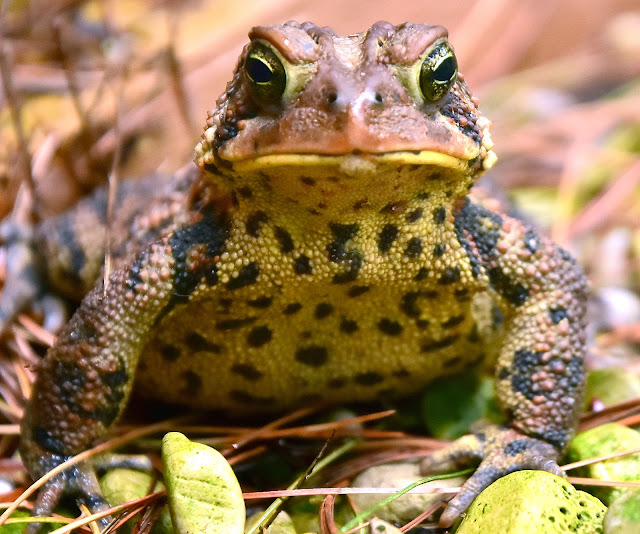 GROANER'S CORNER:((  There was a man sitting at a bar, and he looks over at the gentleman sitting next to him and says, "Hey, you look familiar.  Are you from around here?" The man answers, "Yeah, I live down the street."  "No kidding?" says the first man, "Well, so do I. And hey, you look about my age. Where did you go to high school?"  "Oh I went to Francis Lewis over on Utopia. Graduated in '66.  How 'bout you?"  "Get out. I went to Francis Lewis. And I graduated in '66, too." "Where'd you go to college?"  "Beloit, in Wisconsin."  "No way! I went to Beloit too. What dorm?"  "Kevin Sullivan dorm."  "Sullivan? You're not going to believe this . . ."  Joe the bartender walks over, and the first guy says, "Joe, you won't believe it in a million years. This guy went to the same high school as me, graduated the same year I did and went to the same college. We were even in the same dorm. Isn't that amazing?"  Joe looks at them both and says, "Yeah, that's just plain amazing."  A third man comes in and says, "Hey Joe. What's new?" Joe says, "Not much. The Johnson twins are drunk again." 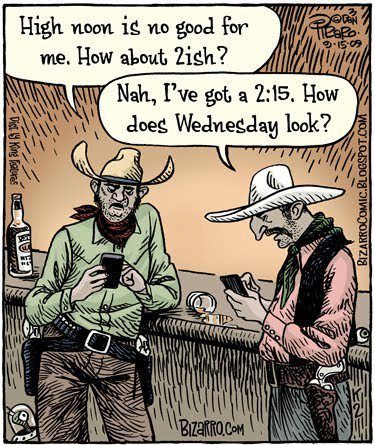 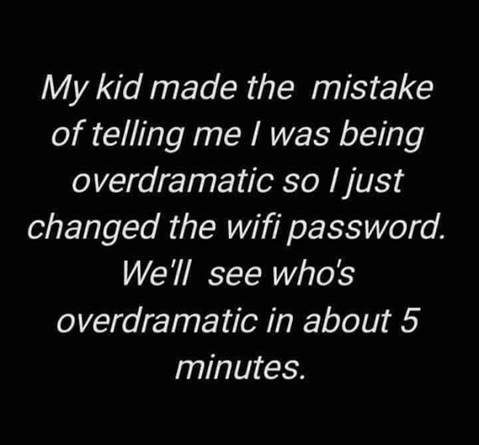