BUT WHAT A GREAT IDEA EH:))

It was a cool misty morn when Pheebs and I ventured out at the start of our day.  Parking the Jeep on a flat spot of grass beside a farmer's field it was a gentle southerly breeze that greeted us on our country road walk.  Light overnight rains had dampened the gravel but not muddied up the hard surface below the stones.  Not a sound in the air as I crunched along on top of the fresh gravel.  Pheebs likes to walk in the long grass beside the road, then come bounding up out of the ditch to see where I am. 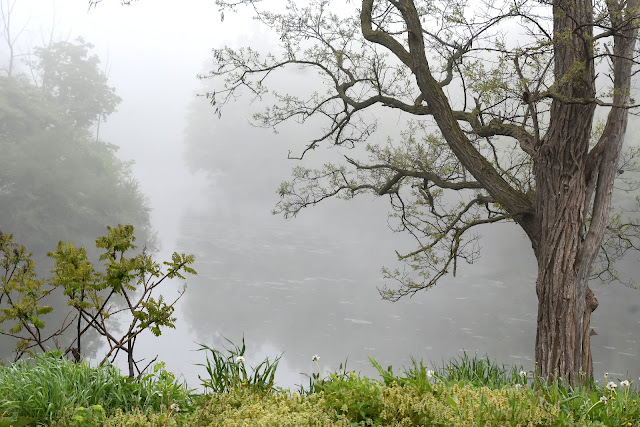 Home again and with the air feeling cold and damp we headed inside.  It's been cold enough at night that the last few days we have had our furnace running.  Before sinking into my sunroom recliner I cranked up our little fireplace stove beside my chair, opened my kindle book, and fell asleep. 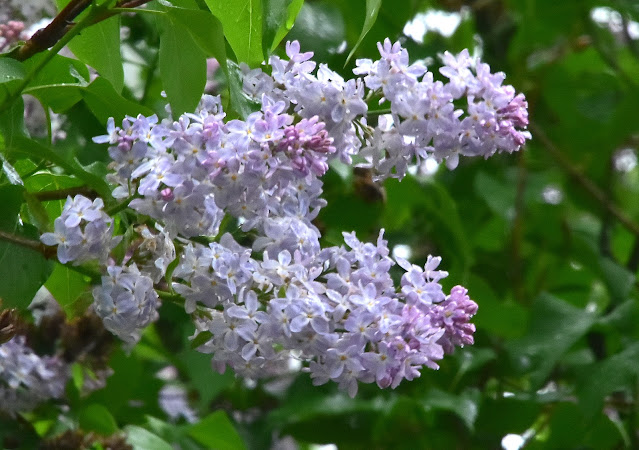 I don't know when the skies cleared and the temperature came up but when I woke up it didn't take Pheebs and I long to get outside and take ourselves for a walk around the Park's pond and farther back towards the forest.  How nice to see deep blue skies through the tall pine trees. 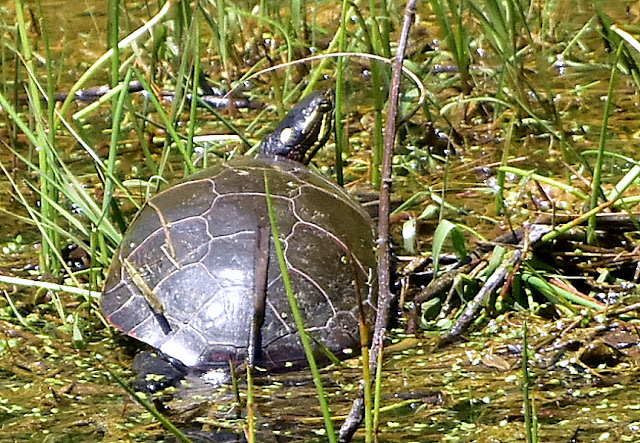 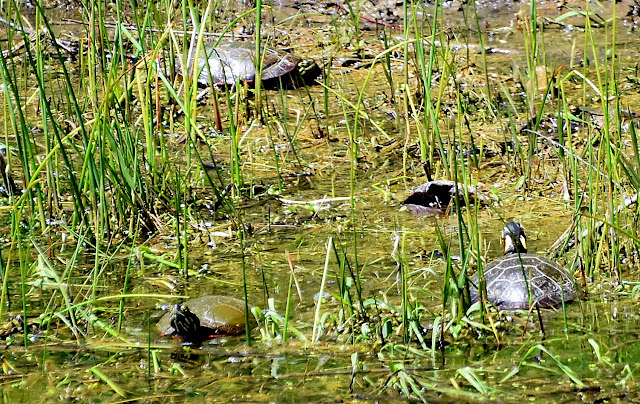 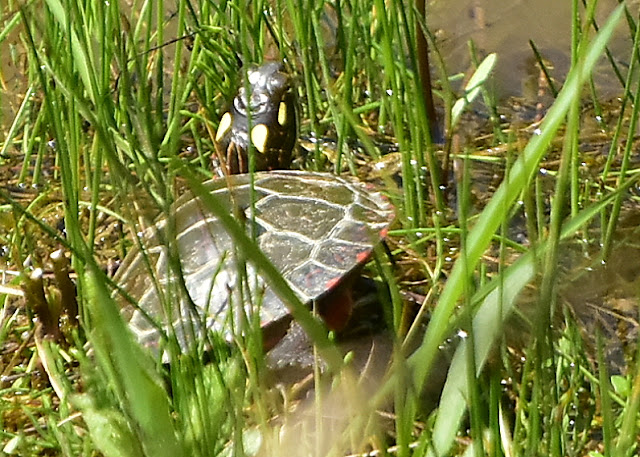 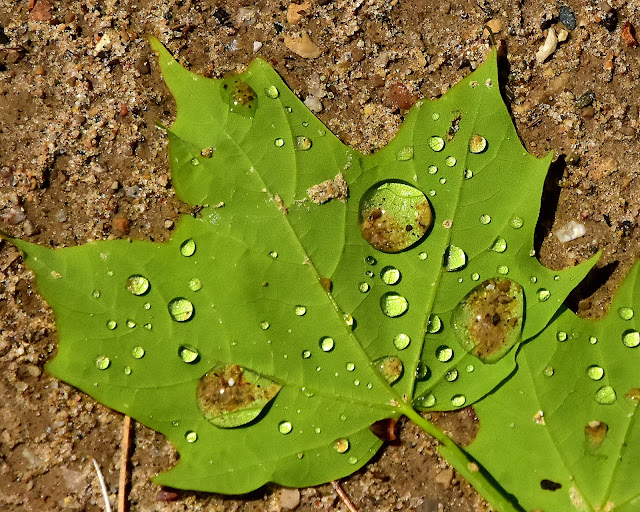 Noticed some readers have mentioned they are having problems leaving comments.  I wished there was a way around the problem for readers not to have to go through that frustrating Google comment maze in order to leave a comment.  In my Blogger settings is a spot where I can check a box with 3 options.  1. Anyone (including anonymous) can comment.  2. Users with Google accounts.  3. Only members of this blog.  I have #2 selected.  The reason I do not have #1 selected is spam.  I tried #1 half a dozen times over the years and each time I did it only took a couple days for the spambots to begin dropping all kinds of spam advertising into the comment section.  If anyone has any ideas for a way around the spam crap I'd appreciate hearing from them.  By the way, for the few people making it through the Google maze, I say thank you for your comments:)) 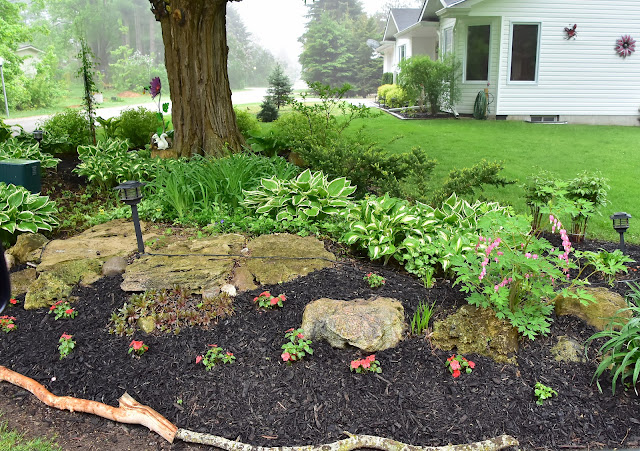 Goderich's Alexandria Marine and General Hospital received a brand spanking new CT Scanner this past Tuesday replacing an older model.  Kelly was almost the very first person to try out the new machine Wednesday but there was one fella ahead of her.  She said the machine is so modern that anyone in the machine for over a minute an arm swings around with a tray on it and presents to the person a steaming hot cup of Tim Hortons coffee and a couple freshly baked apple fritter donuts.  Now how's that for a nice touch.  Okay, okay, so Kelly really didn't say that, but what a great idea eh:))  Ellen's Groove:: In this short video clip 8-year-old Ellen 'virtually' jams with drummer Jerrod J-rod Sullivan.  Virtual Jam. 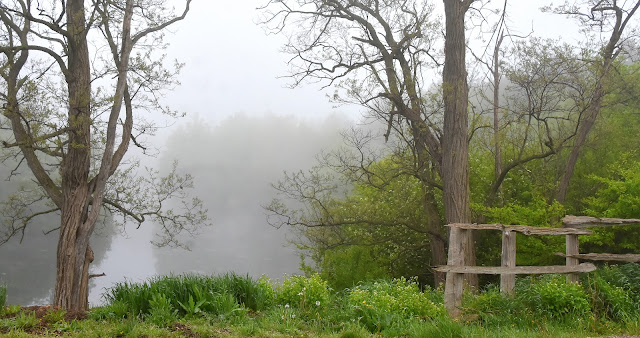 GROANER'S CORNER:((  An old man ordered one hamburger, one order of French fries and one drink. He then unwrapped the burger and carefully cut it in half, placing one half in front of his wife.  He then carefully counted out the French fries, dividing them into two piles and neatly placed one pile in front of his wife.  He took a sip of the drink, and then his wife took a sip and then set the cup down between them.  As he began to eat his few bites of hamburger, the people around them kept looking over and whispering. You could tell they were thinking: "That poor old couple -- all they can afford is one meal for the two of them."  As the man began to eat his fries, a young man came to the table. He politely offered to buy another meal for the old couple. The old man said they were just fine -- they were used to sharing everything.  The surrounding people noticed the little old lady hadn't eaten a bite. She sat there watching her husband eat and occasionally taking turns sipping the drink.  Again the young man came over and begged them to let him buy another meal for them. This time, the old woman said: "No, thank you, we are used to sharing everything."  As the old man finished and was wiping his face neatly with the napkin, the young man again came over to the little old lady, who had yet to eat a single bite of food, and asked: "What is it you are waiting for?"  She answered: "The teeth."

Two cowboys were lost in the desert when they spotted a tree draped in bacon strips.  "We're saved!" shouted one cowboy. But when he ran up to the tree, he was shot multiple times.  It wasn't a bacon tree, it was a ham bush. 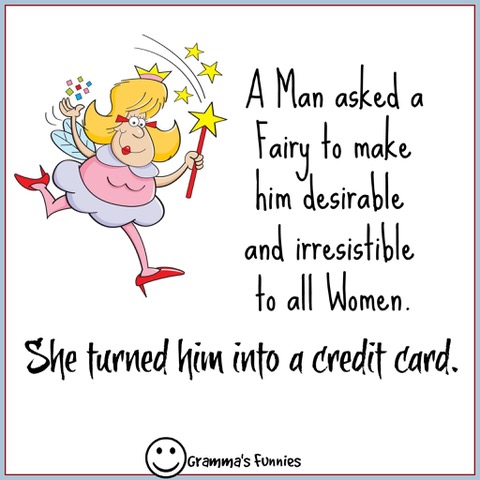