Changed up the morning routine a bit and instead of heading out for a Jeep ride with Pheebs, I went at my woodpile removal project until it was done.  Knowing I was going to do that this morning I had left the utility trailer hooked up to the Jeep last night.  One load to the Park's recycling area was all it took and with that task crossed off my list, I parked the trailer, then loaded up the Pheebs for a short drive through the countryside to see if we could scare up a few photos. 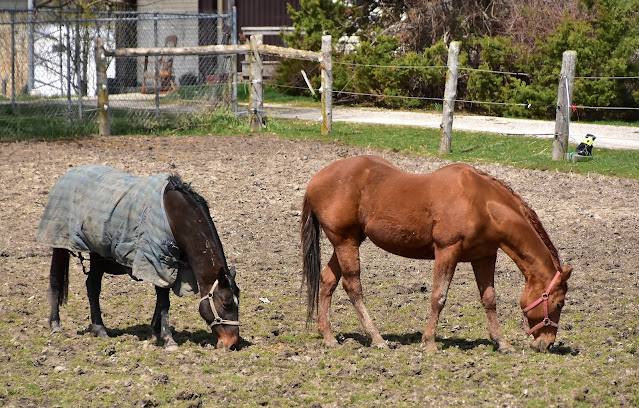 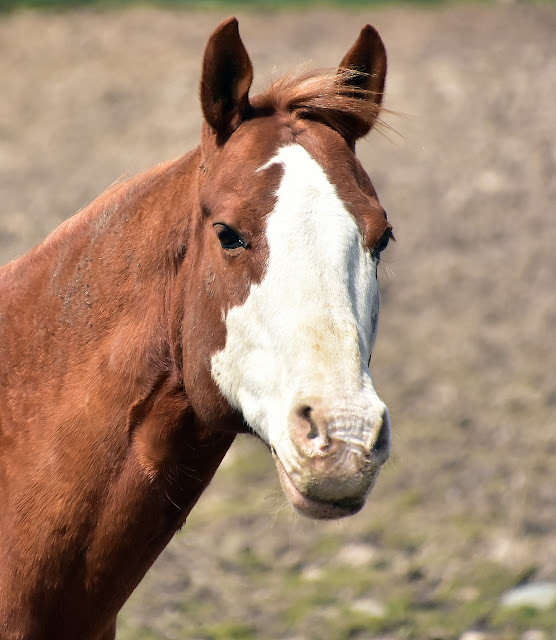 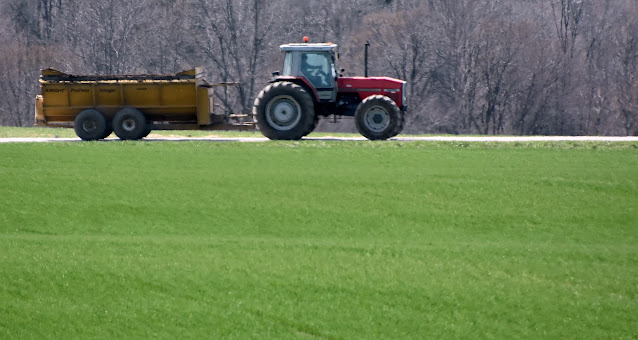 With the woodpile project under my belt, I decided to tackle the de-winterizing of our 26' Class C Winnebago named Scooter.  I wasn't looking forward to doing that because I do not have a good track record for getting things like that right.  Expecting all kinds of problems I was absolutely gob-smacked when I  didn't have any.  I somehow turned the right valves, closed the right drains, and did things in a correct sequence of order to have water and good pressure to all the taps.  With no leaks anywhere it also told me that I had winterized it correctly last Fall too.  I have my good buddy Richard to thank for showing me how to do this back in the Fall of 2020.  The fact that I remembered what he had told and shown me, is nothing short of a miracle in this memory-challenged world I live in now. 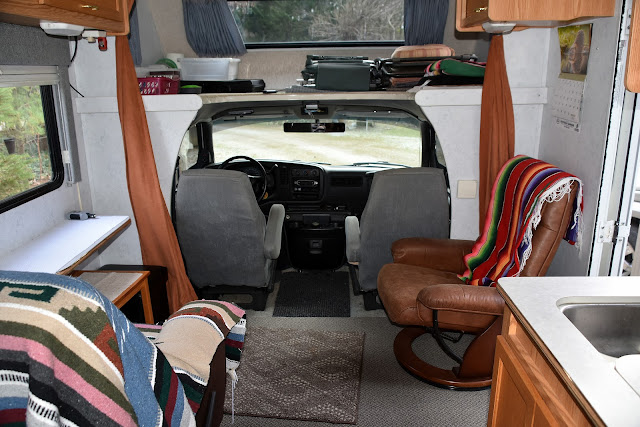 About 2:30 this afternoon all three of us piled into Scooter and headed for Goderich.  It was the first time Kelly, Pheebs, and I, were in the motorhome going somewhere since the early Fall of 2020 when we spent a few days up on the Bruce Peninsula.  Our destination this afternoon was The Goderich Harbor Restaurant aka 'The Old Saltie'.  Only open for 'take-out' at the moment we parked by the calm green waters of Goderich's harbor and ate our yummy fish and chips in the rig.  It sure brought memories of our 13 Snow Birding years in the Great American Southwest.  Although we haven't had our smaller 2002 rig a full two years yet I could tell that Scooter was happy to be back on the road going somewhere again.  With only 76,680 miles on the speedometer, she has a lot of going left in her if we can just figure out how we can get organized enough to get ourselves back on the road again for a few more winters.With only two short periods of nausea, Kelly had herself a much better day and I could see it in her demeanor.  With a wee bounce in her step and a wee smile upon her face her friendly personality was now back in first place:))GROANER'S CORNER:((  The new minister stood at the church door greeting the members as they left the Sunday morning service. While most of the people told the minister how much they liked his message, one man seemingly had a different opinion. “That was a very dull and boring sermon, Pastor,” he said. The pastor was a bit baffled by this, but he continued shaking hands.  A few minutes later, the same man again appeared in line and said, “I don’t think you did much in the way of preparation for your message.”Once again, the man circled back and appeared in line, this time muttering, “You really blew it. You didn’t have a thing to say, Pastor.”Finally, the minister could stand it no longer. He went to one of the deacons and inquired about the man. “Oh, don’t let that guy bother you,” said the deacon. “He’s a little slow. All he does is go around repeating whatever he hears other people saying.” 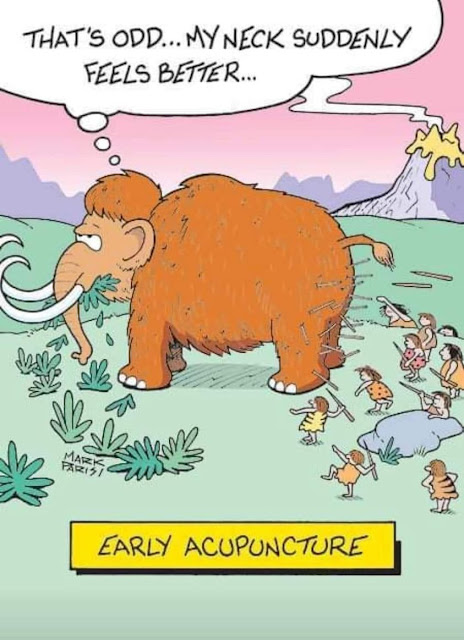 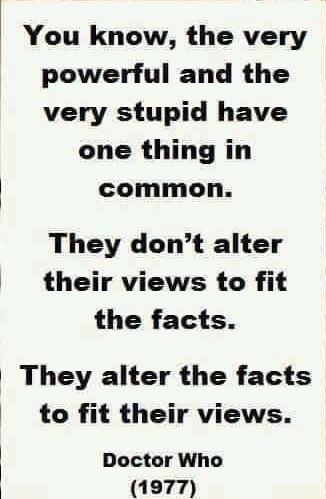