TOOK SCOOTER FOR A RUN AFTER A LONG WINTER'S HIBERNATION

Opening the curtains first thing this morning I was surprised at how much of the remaining ice and snow had melted overnight.  By late afternoon our driveway was finally ice-free.A drive into and around Bayfield for Pheebs and I earlier today.  I had washed the Jeep Thursday so I didn't want to head out into the country and muddy it up again.  We headed to an open field area which is part of the Bayfield cemetery and took ourselves for a walk around there and through an adjacent forest.  So nice to be able to walk on solid ground again and just be in a forest again. 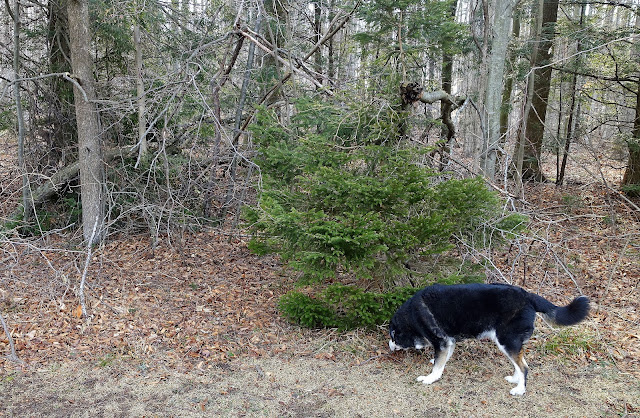 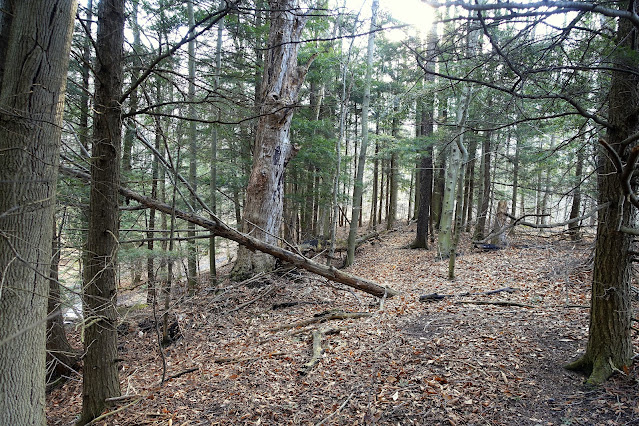 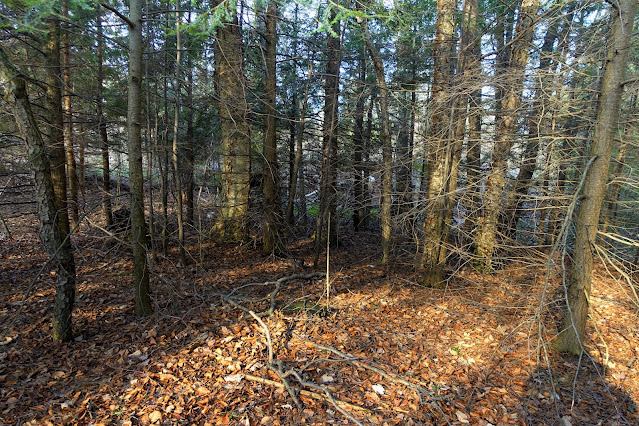 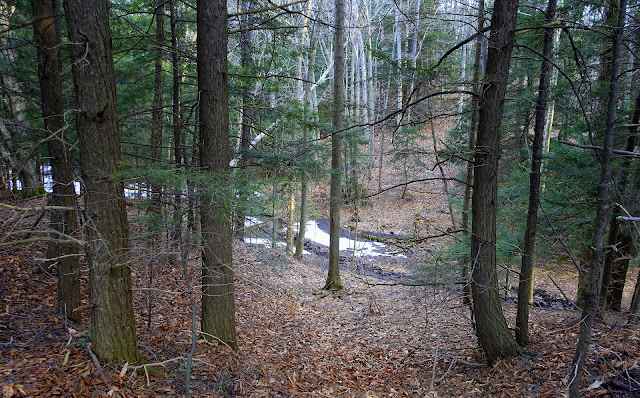 Home again I busied myself once more with my lawn rake, pitchfork, and wheelbarrow.  Another four heaping loads of pine needles raked up.  I also used the wheelbarrow to haul out more of our outside summer stuff. 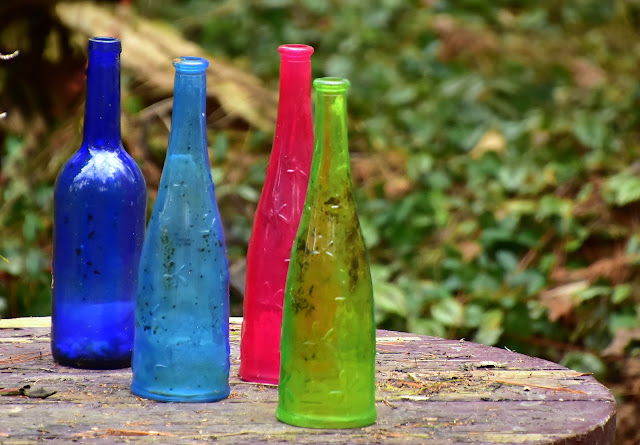 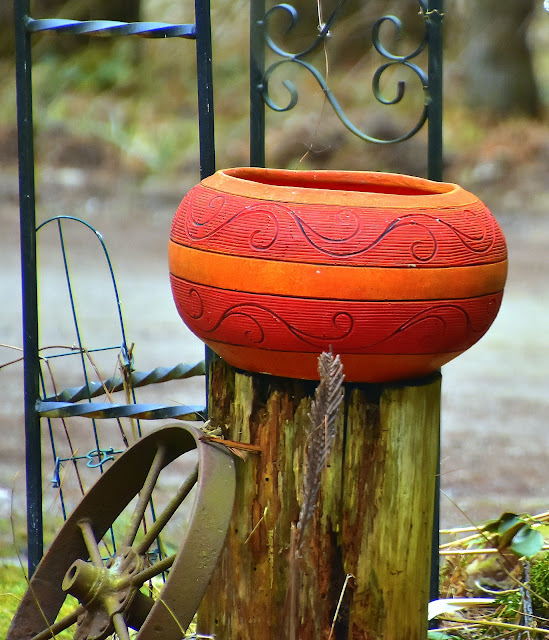 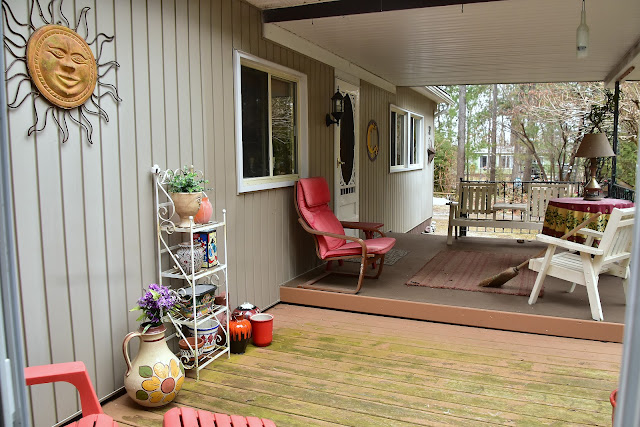 With all the ice out of our driveway plus bare and dry roads I fired up our little Winnebago and took it for a run over to Holmesville and back.  After spending the winter months in hibernation it purred along as smooth as a finely tuned Swiss watch.  Everything checked out except the left blinker wasn't working.  I had trouble with the blinkers last Autumn when I tried to hook the Jeep up.  I never did get that resolved.  The left blinker blinks on the dash but neither the front nor rear blinker works.  I also pulled the awning down to dry it out.  The rig's exterior sure is going to need a good cleaning and polishing.Toyed with the idea of turning our outside water on today but sure as heck as soon as I'd do that the weather would change and we would be in for the worst super freeze of the century.  Maybe I'll thumb my nose at the weather God's anyway and turn it on tomorrow.GROANER'S CORNER:((  A man walking along a California beach was deep in prayer. Suddenly the sky clouded above his head and, in a booming voice, the Lord said, "Because you have TRIED to be faithful to me in all ways, I will grant you one wish."  The man said, "Build a bridge to Hawaii so I can drive over anytime I want."The Lord said, "Your request is very materialistic. Think of the enormous challenges for that kind of undertaking. The supports required to reach the bottom of the Pacific! The concrete and steel it would take! It will nearly exhaust several natural resources. I can do it, but it is hard for me to justify your desire for worldly things. Take a little more time and think of something that would honor and glorify me."  The man thought about it for a long time. Finally he said, "Lord, I wish that I could understand my wife. I want to know how she feels inside, what she's thinking when she gives me the silent treatment, why she cries, what she means when she says ‘nothing's wrong,’ and how I can make a woman truly happy."  The Lord replied, "You want two lanes or four on that bridge?" 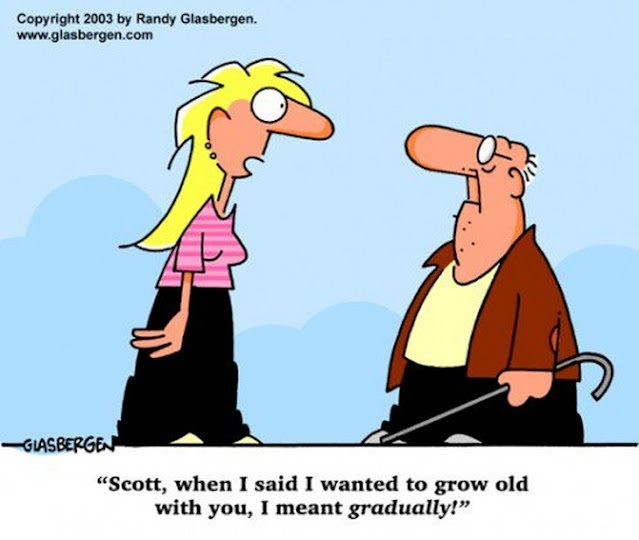