LOOKING FORWARD TO TAKING PHEEBS FOR SOME WALKS SOON 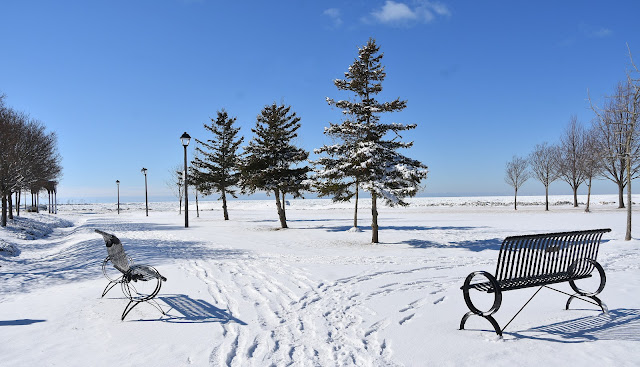 How nice to see an early morning sunrise through our snowy pine trees.  Sunshine was on its way heralding another sunny day. 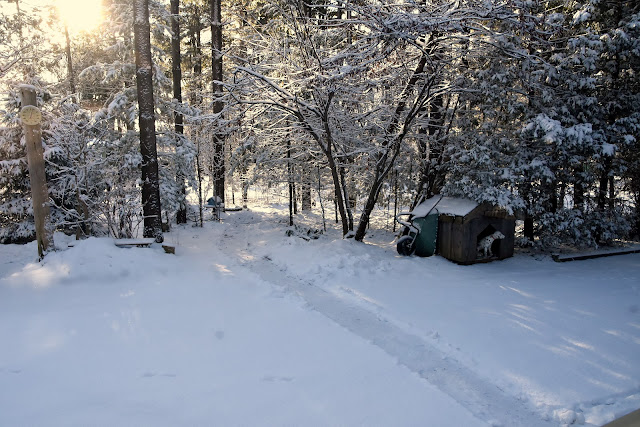 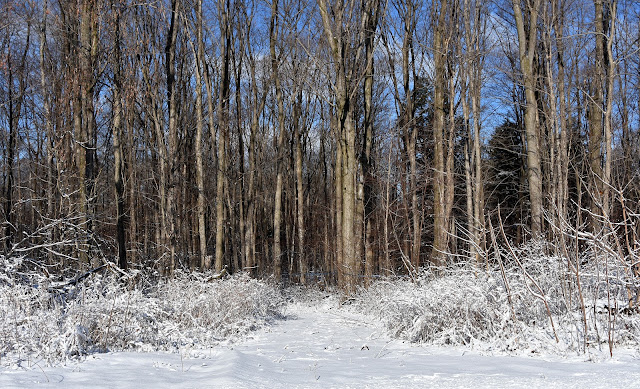 Needing to pick up a prescription at the Walmart Pharmacy in Goderich, Pheebs and I headed north on an icy snow-covered road.  Four-wheel drive comes in handy on these kinds of roads adding stability.  Monday's snowfall-covered trees and fields made for a wintery wonderland. 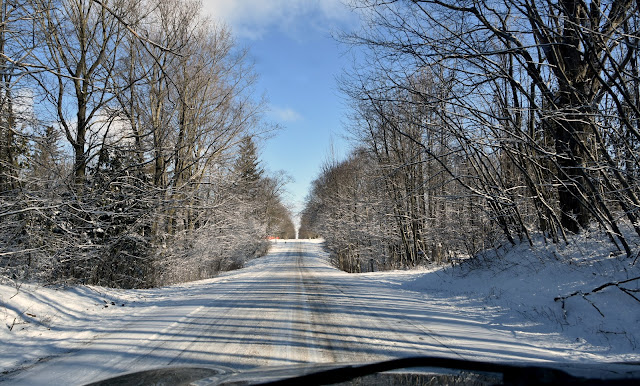 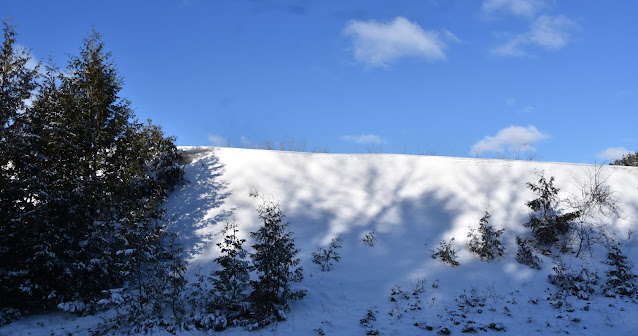 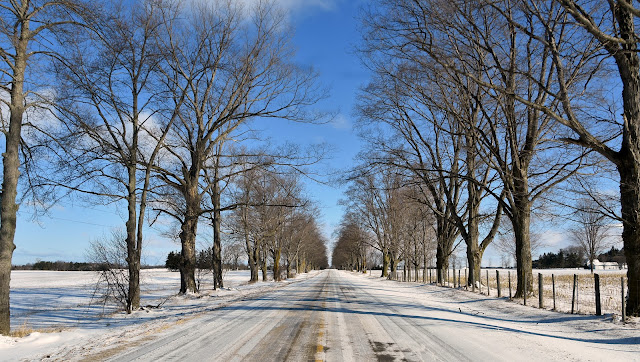 It was a Mcdonalds' coffee to go and down to the harbor we went.  A pit stop for Pheebs and a drive out and around Rotary Cove.  A few people were out walking despite a cold wind blowing in across the frozen lake ice.  The harbor is still choked with ice but with milder temperatures on the way shortly that ice will begin to break up. 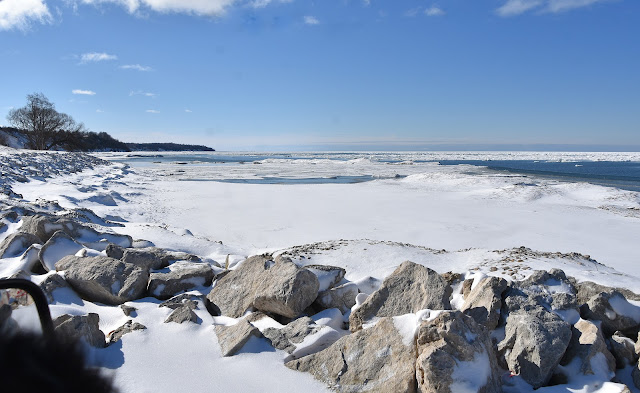 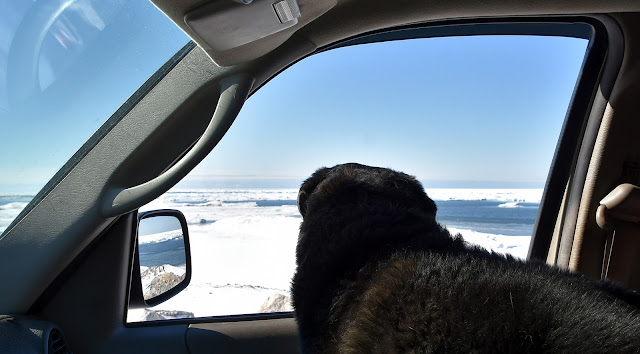 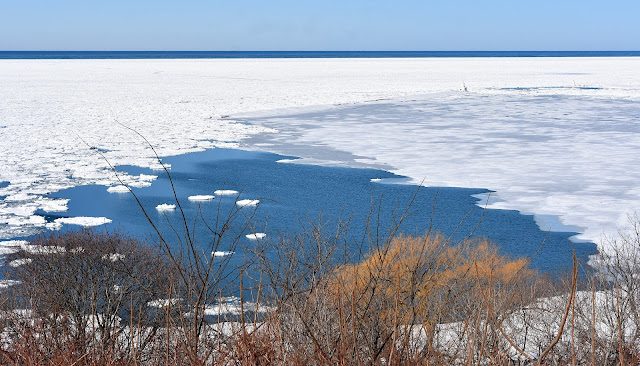 From the harbor, it was off to Walmart we went and picked up some stuff.  I hope they will soon drop their mask-wearing rule.  I'm not against mask wearing but let's just get back to normal now shall we. 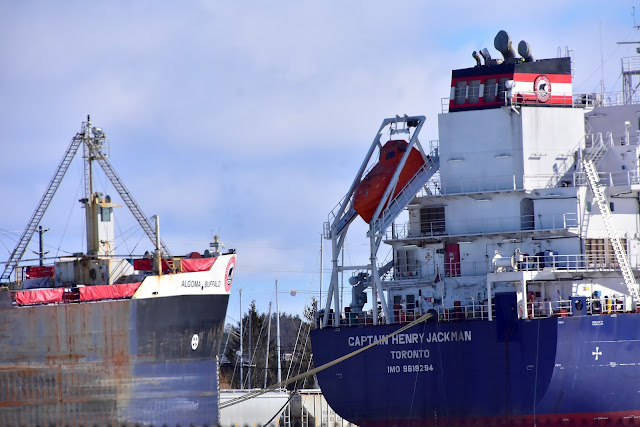 Home again I puttered around outside a little bit.  But, just a little bit.  Not much one can do with a layer of snow on the ground.  I am looking forward to taking Pheebs for some morning and afternoon walks as soon as this snow is gone and the mud dries up.  It has been a long and cold mentally difficult winter. 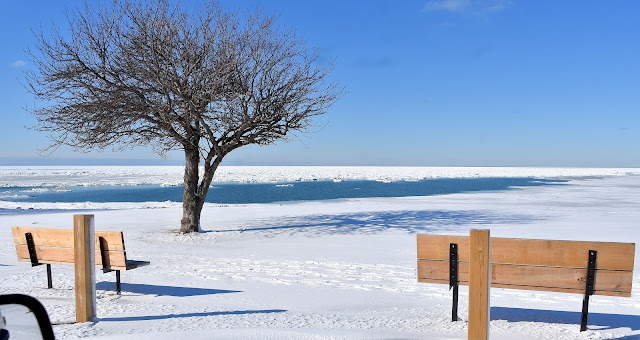 GROANER'S CORNER:(( During a terrible storm, all the highway signs were covered with snow. The following spring, the state decided to raise all the signs twelve inches at a cost of six million dollars. “That’s an outrageous price!” said a local farmer, “but I guess we’re lucky the state handled it instead of the federal government.” “Why’s that?”  “Because knowing the federal government, they’d decided to lower the highways.”

I went back home last week and happened to see one of my old teachers, Mrs. Turtle.  She was a bit odd, but tortoise well. 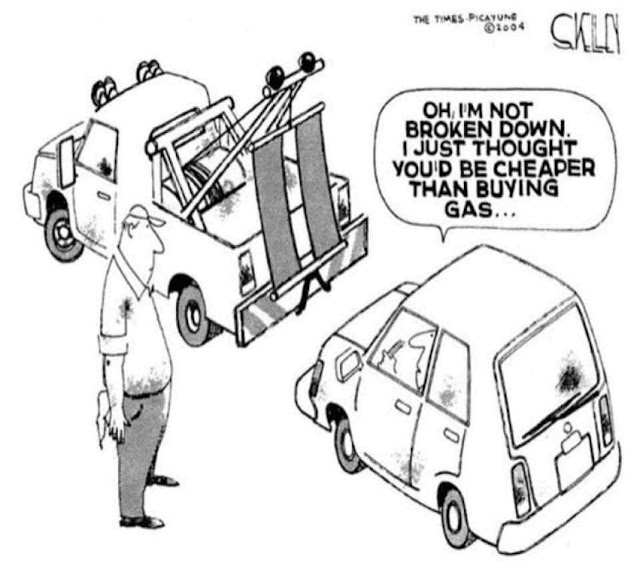