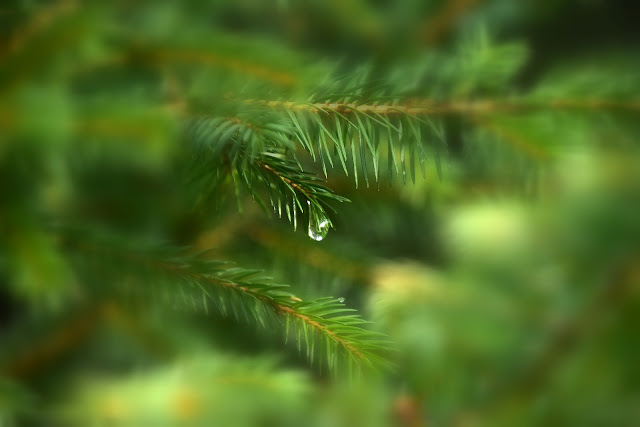 With a few overnight rain showers keeping the area's country roads in a semi-soupy condition, Pheebs and I again kept the Jeep's wheels on pavement this morning.  With clearing skies beginning to allow sunshine through, we headed into Bayfield to check on the lake ice, then over to the cemetery's forest for another walk in the woods. 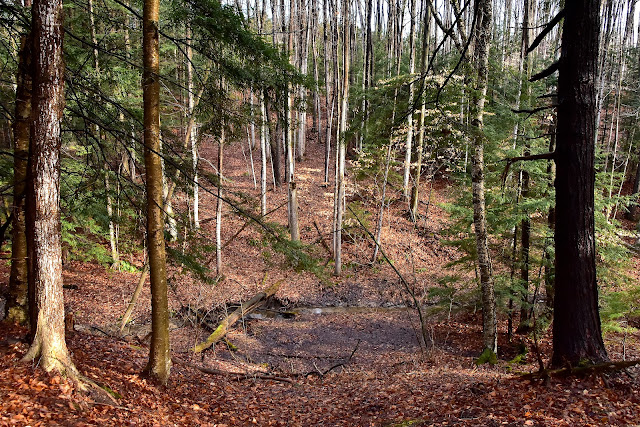 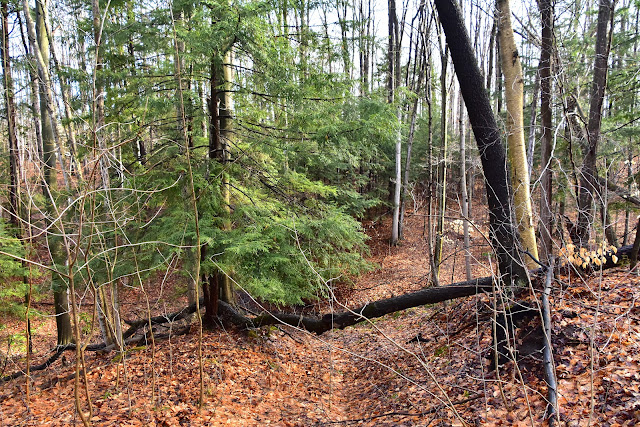 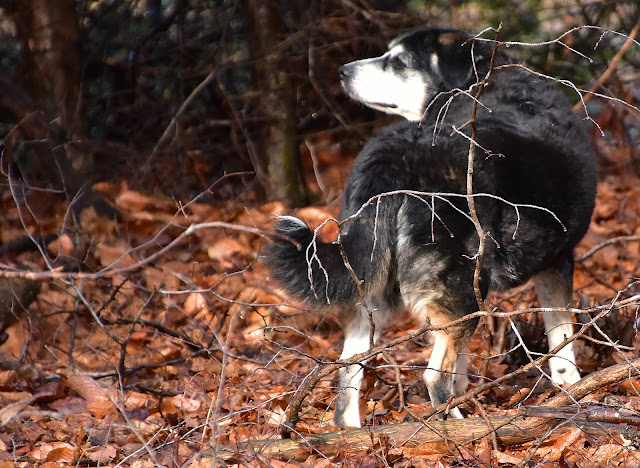 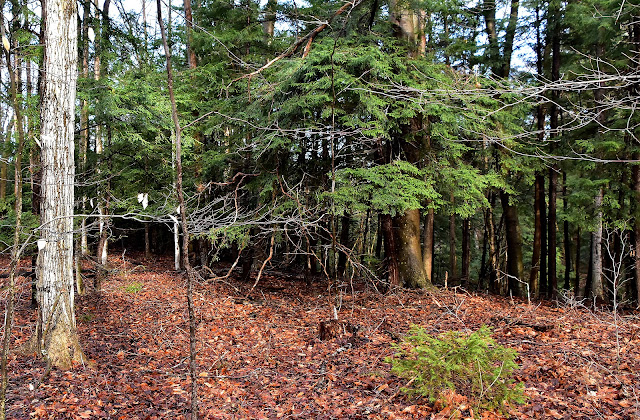 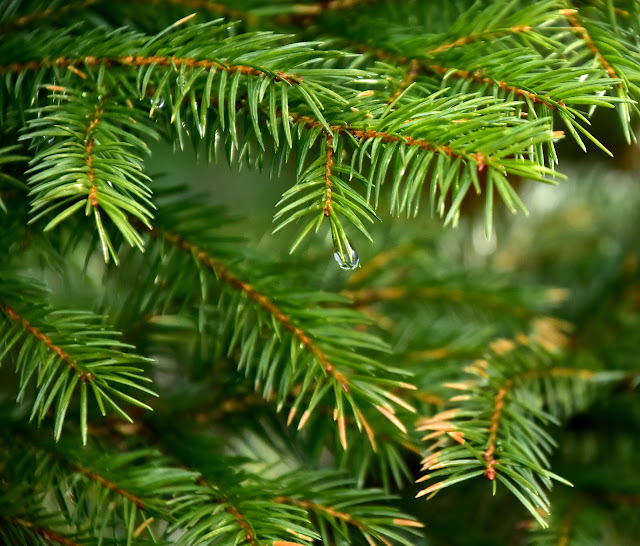 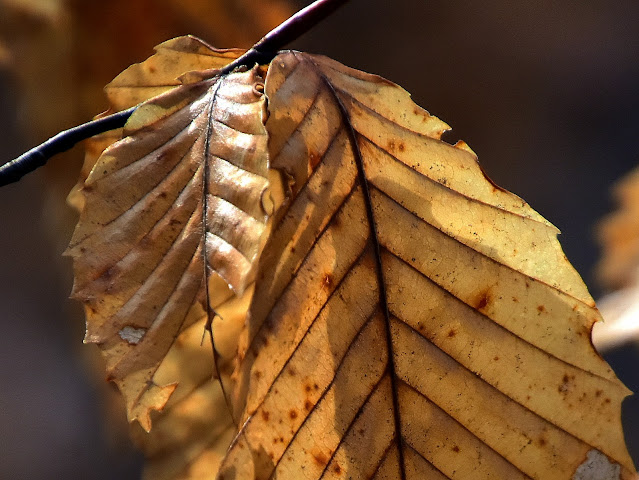 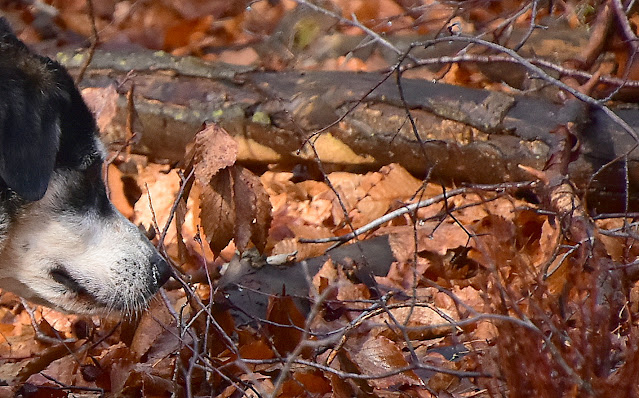 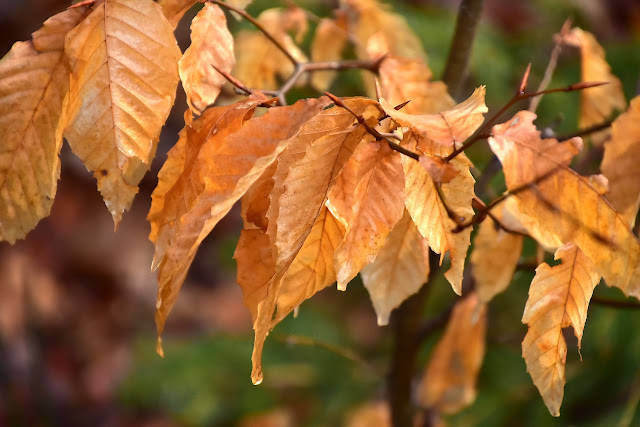 Home again with the sun still shining, I once more busied myself outside raking up pine needles along the road in front of our place.  It is just so nice to be outdoors again after the long cold depressing winter we had.  I spent about 3 hours pushing the bejeebers out of my already sore muscles.  I never seem to learn to do a little bit at a time.  It seems I have to always try and do everything at once.  Oh well, it's not likely I'll change at this stage and that's okay.  I'm just thankful I can still get outside and do things. 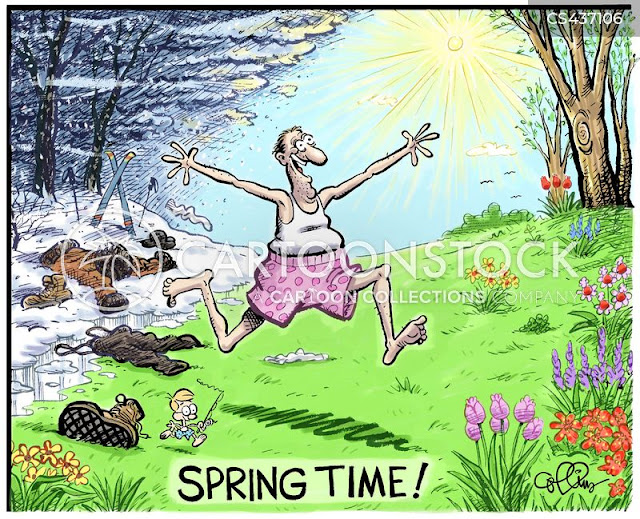 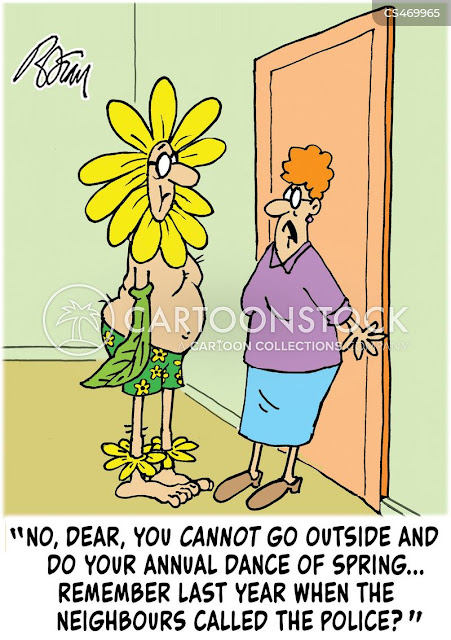 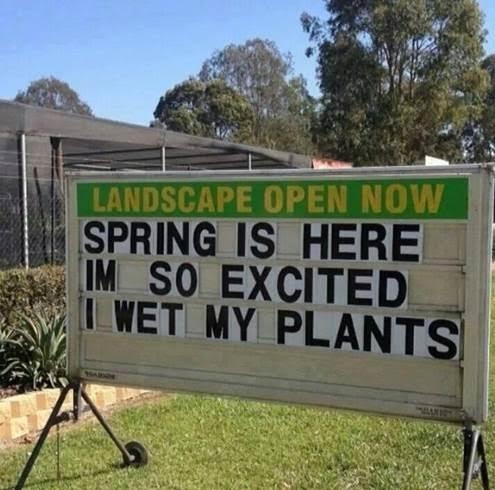 A cowboy rides into town on Friday stays three days and leaves on Friday.  So how does he do it?  The horses' name is Friday. 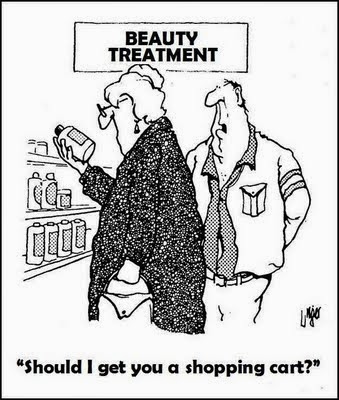