BARRELING DOWN THE HOME STRETCH FOR SPRING

Overnight rains and warmer temperatures have really tore into the ice and snow.  Sunday turned out to be the warmest day of the year so far as our thermometer stopped just short of 50F.  No problem for Pheebs and I wanting to get outside so we headed off for a wee whiz into Bayfield.  I knew the country roads would be a muddy mire so we stayed on pavement and kept the Jeep, boots, and paws free from the muck.  Thought about a walk in the Bayfield cemetery but the roads were thick with wet uneven ice and the grounds were too soft and muddy. 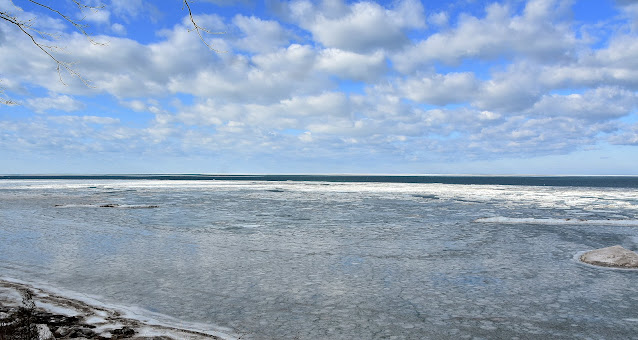 Home again I looked for any excuse to stay outside and enjoy the sunshine despite heavy gusting winds.  Opened the long-closed-up shed doors to let the day's fresh air blow through taking away a long winter's musty smells.  Opened Scooter's side door and a few windows to air out the rig as well.  It's still a few weeks too soon to begin hauling out the summer lawn furniture but I was sure tempted to do it.  Some of the worst storms of the winter season can occur any time now over the next four weeks so I just have to be patient.  Cleaned up under the bird feeders again and took a short walk across the road over to the still frozen Park's pond.  So nice just to be outside walking around again and especially so where the ice and snow have melted.  All and all thanks to Mother Nature it was a nice feeling good day with a good healthy dose of Spring tonic thrown in for good measure. 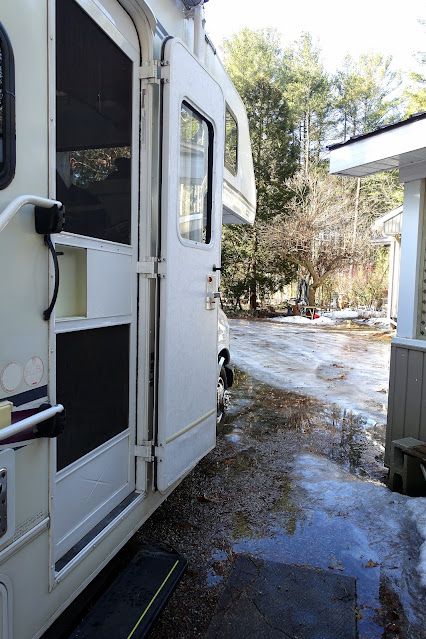 By mid-afternoon, our day's marvelous weather began reversing course.  Clouds moved in and our temperatures started to plummet.  The day's absent birds began returning to the feeders instinctively knowing colder inclement weather was closing in once again.  Freezing rain is predicted overnight.  But, there is an upside to all this.  Winter's back has been broken and we have rounded the fourth corner and are barreling down the homestretch for Spring.  Over the next 14 days, temperatures are definitely trending upward.  A few more short-lived winter stumbles and we will be home free from freezing cold temperatures, snow, and ice, for at least another eight months or so:))GROANER'S CORNER:((  An archaeologist was digging in the Negev Desert in Israel and came upon a casket containing a mummy, a rather rare occurrence in Israel, to say the least. After examining it, he called Abe, the curator of the Israel Museum in Jerusalem.  "I've just discovered a 3,000-year-old mummy of a man who died of heart failure!" the excited scientist exclaimed. Abe replied, "Bring him in. We'll check it out."  A week later, the amazed Abe called the archaeologist. "You were right about both the mummy's age and cause of death. How in the world did you know?"  "Easy. There was a piece of paper in his hand that said, '10,000 Shekels on Goliath'."

- What happened to the horse that broke its leg in the Grand National?  It's in a stable condition. 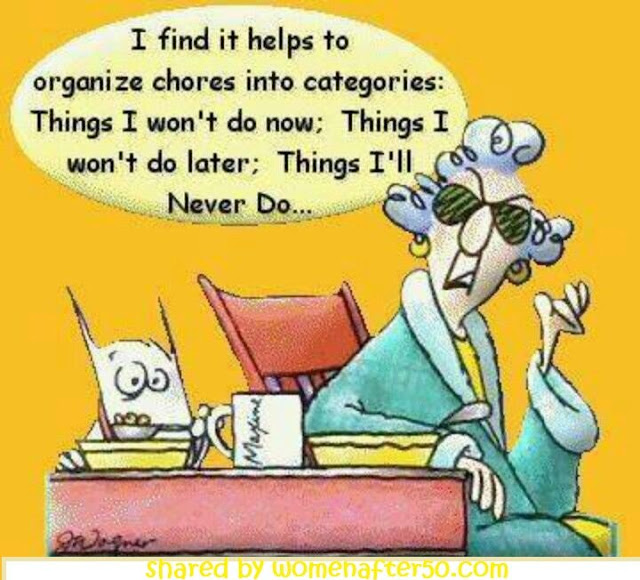 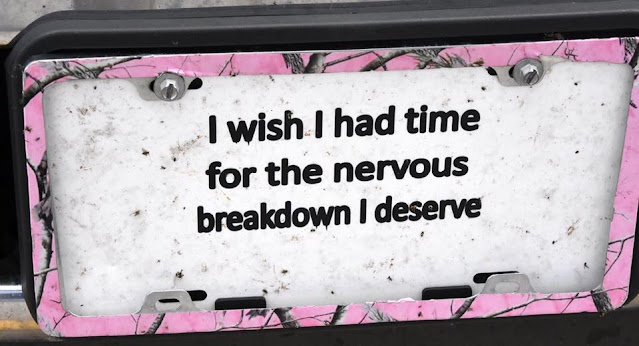