Despite our thermometer actually moving up to a few degrees above freezing it still felt cold outside with a wind chill factor of 19F.  Hey, at least it's finally February.  And, with a winter storm coming in overnight, Wiarton Willie in Wiarton Ontario is not going to see his groundhog shadow in the morning.  And that's gotta be one big 'Yabba Dabba Dooooo' for an early Spring:))

A short drive into Bayfield and back this morning netted me a few photos and a shaky video of Lake Huron's current winter condition.  Easterly winds have blown much of the ice out into the lake so there is a lot of water visible.  The next westerly wind will likely blow the large ice pack back into shore.  And so it goes.

UPS delivered Pheebs doggy-step this afternoon.  We had quite a time figuring out how to assemble it, but alas with a few taps from a rubber mallet we were able to fit the parts together.  It's well made and solid.  Using a slice of weiner, we were finally able to entice her up the steps.....but only once.  She would not go up the steps again despite even two slices of weiner and some scrambled eggs.  However, later on, we were able to make some progress. 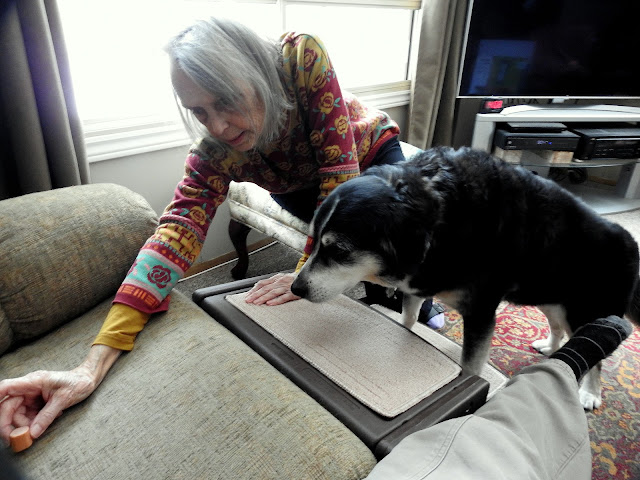 Two Iranians met in California. One started to greet the other in the language of their mother country.  The other Iranian motioned for him to stop and said, "We're in America now...... Speak Spanish!" 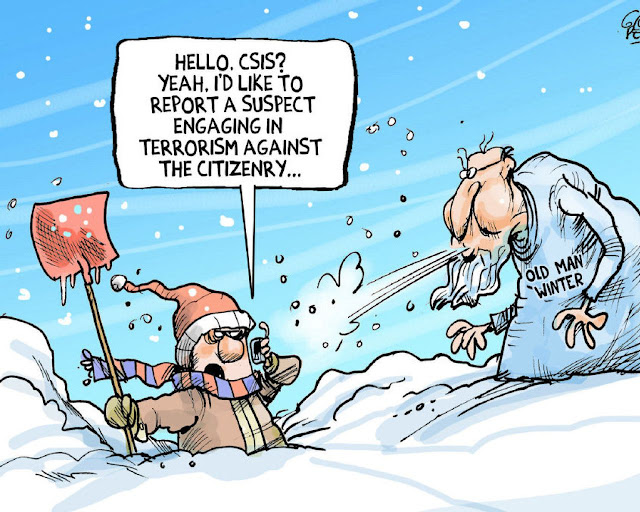