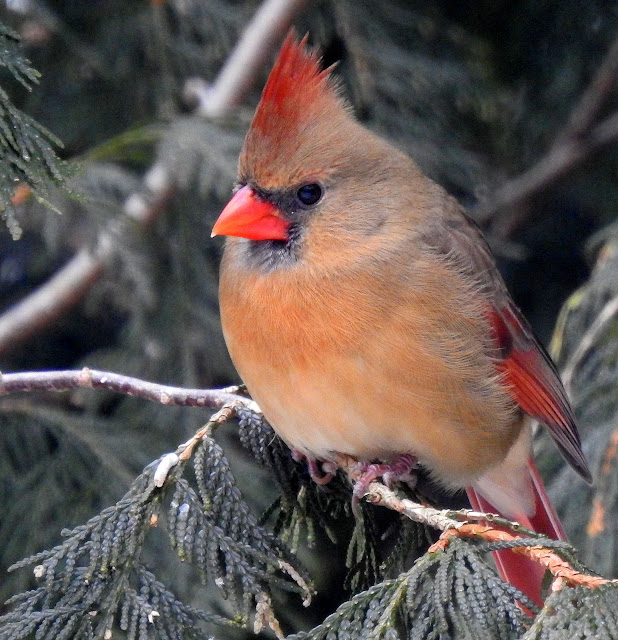 'Brrrrrr' another cold one but Pheebs and I did manage a short brisk walk on a couple roads in Bayfield's cemetery.  Emphasis on 'short and brisk'.  Only took a couple photos but I still have a few left over from Saturday's morning drive around Bayfield.  And of course, with the number of birds in your front yard, there are always a few photos to be had out there.  The squirrels and birds sure keep me busy on these cold winter days just keeping the feeders stalked up.  For little bird tummies, they sure do pack away a lot of birdseed. 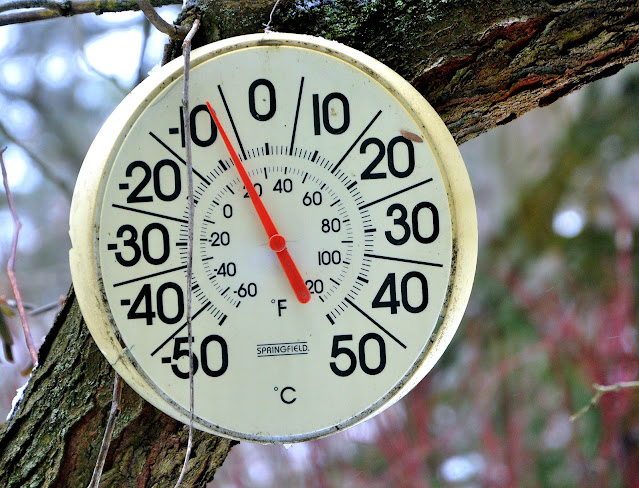 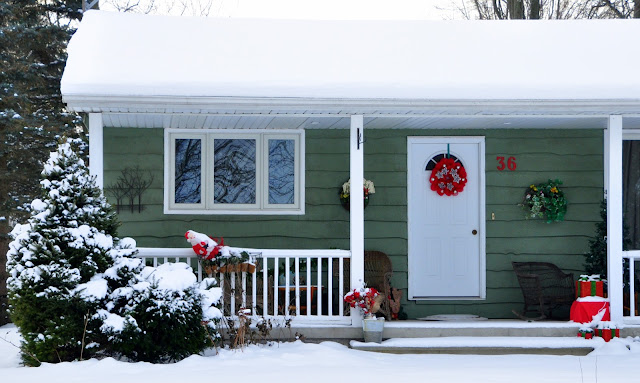 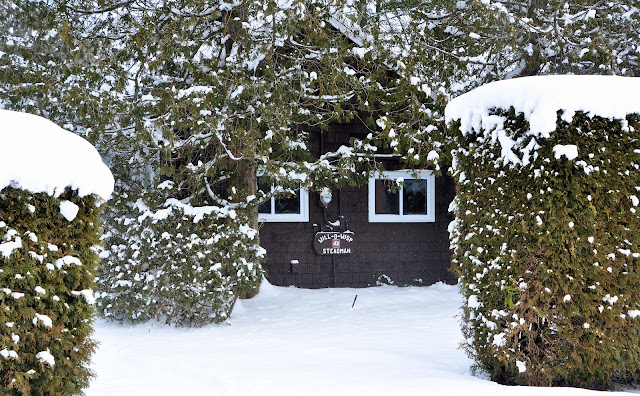 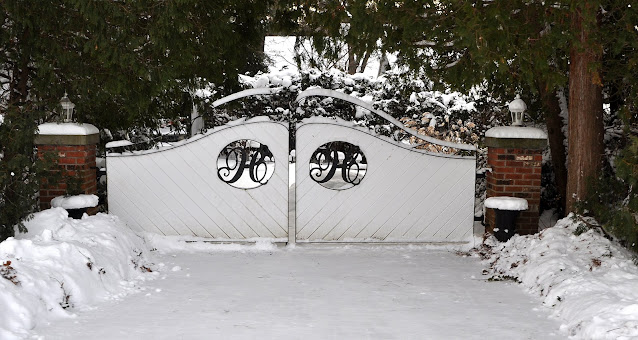 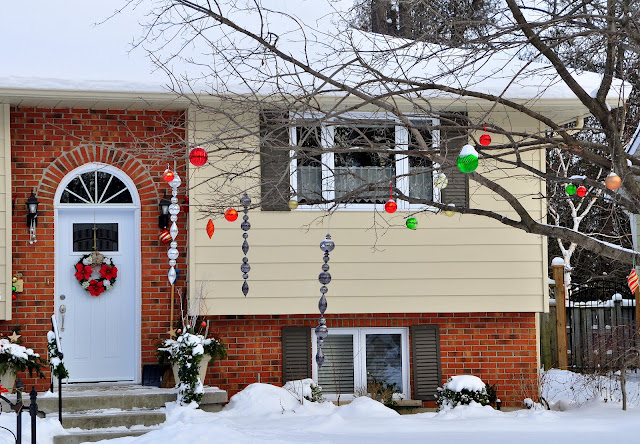 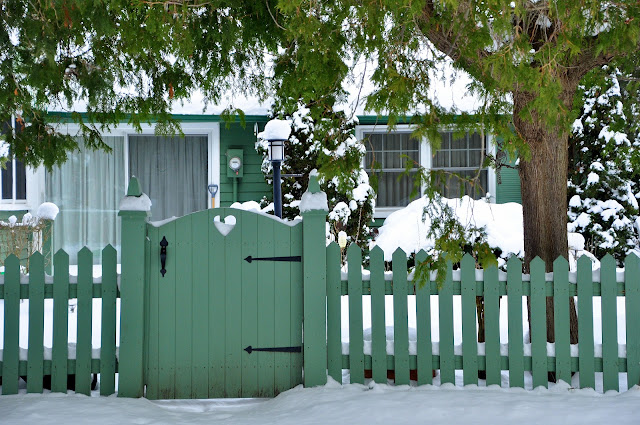 Amazingly enough, we ended our day with a few patches of sunlight in our yard.  Too cold and too late in the day to rush outside and bask in the rays but it was a welcome reprieve from so many grey overcast January days. 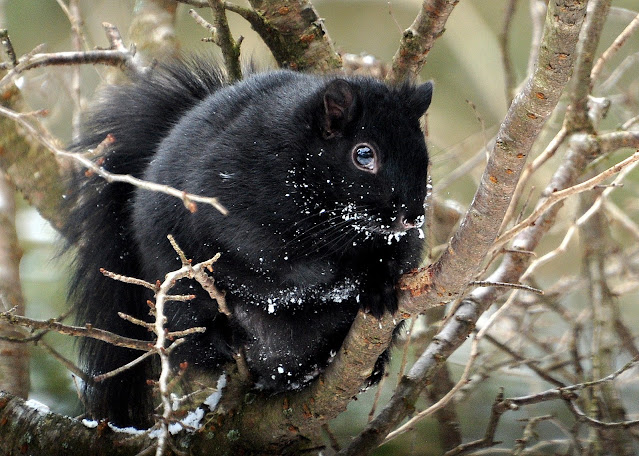 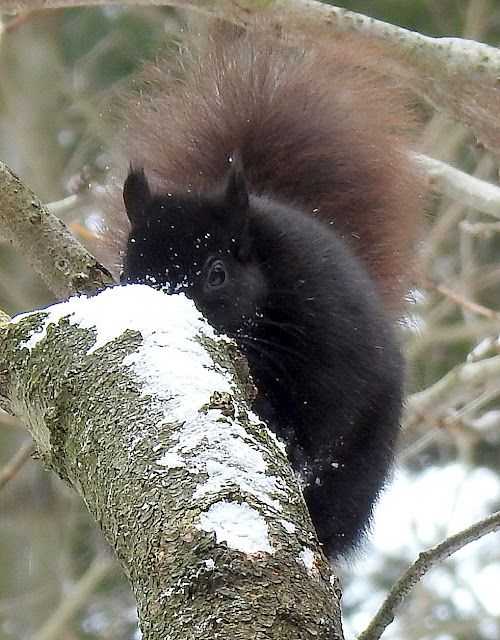 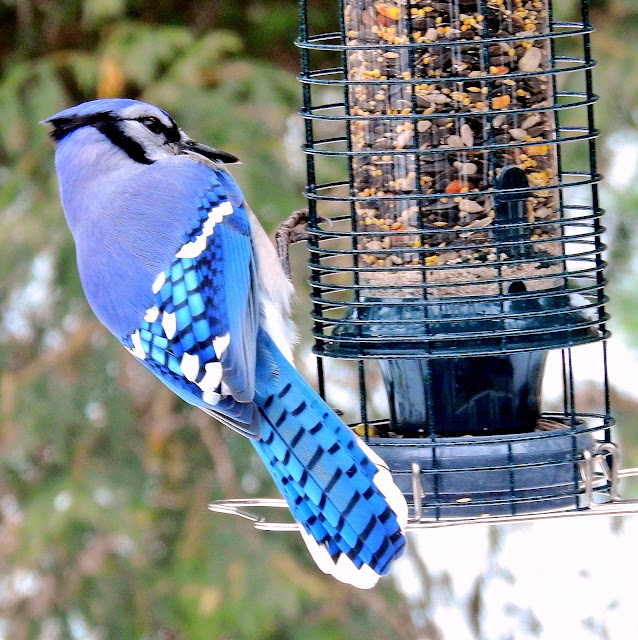 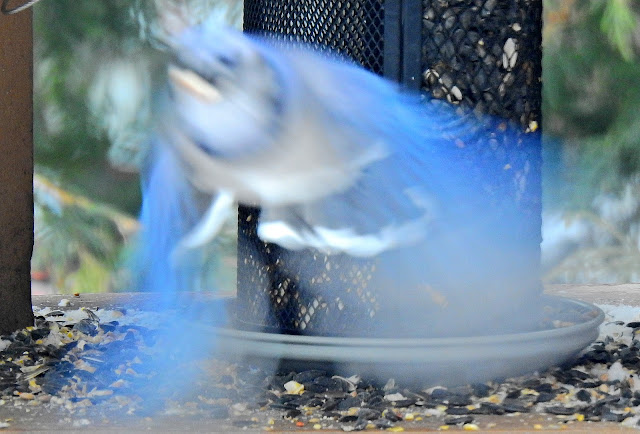 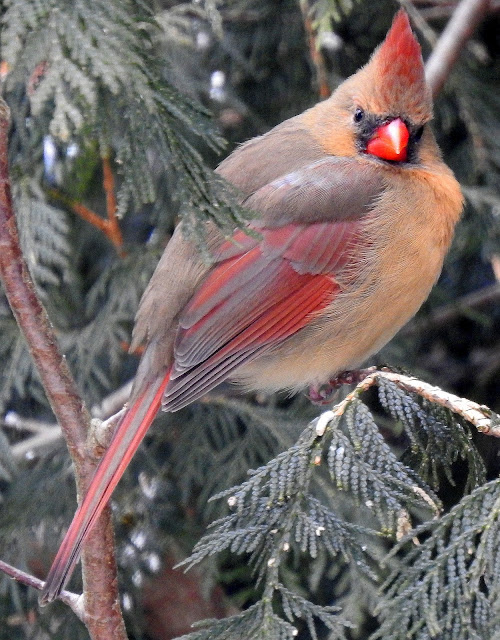 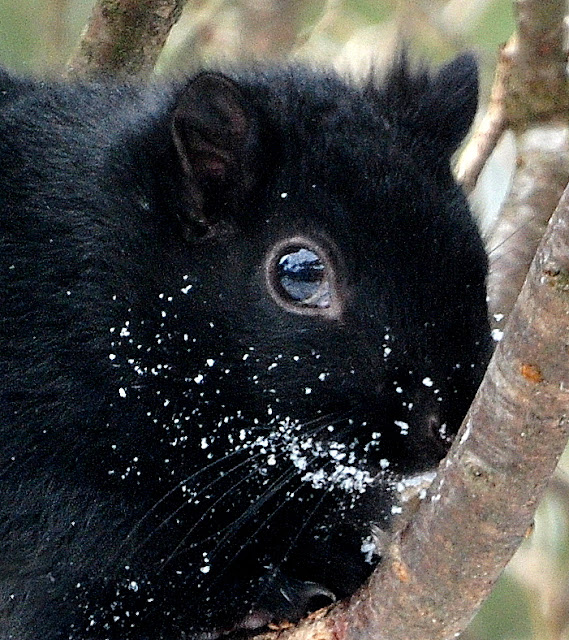 GROANER'S CORNER:((   About a century or two ago, the Pope challenged the Jewish community of Rome to a debate.  The Jews looked around for a champion who could defend their faith, but no one wanted to volunteer. It was too risky. So they finally picked an old man named Moishe who spent his life sweeping up after people to represent them. Being old and poor, he had less to lose, so he agreed. He asked only for one addition to the rules of debate. Not being used to saying very much, he asked that neither side be allowed to talk. The Pope agreed.  The day of the great debate came. Moishe and the Pope sat opposite each other for a full minute before the Pope raised his hand and showed three fingers. Moishe looked back at him and raised one finger. The Pope waved his fingers in a circle around his head. Moishe pointed to the ground where he sat. The Pope pulled out a wafer and a glass of wine. Moishe pulled out an apple. The Pope stood up and said, "I give up. This man is too good. The Jews win."  An hour later, the cardinals were all around the Pope asking him what happened. The Pope said, "First I held up three fingers to represent the Trinity. He responded by holding up one finger, to remind me that there was still one God common to both our religions. Then I waved my finger around me to show him, that God was all around us. He responded by pointing to the ground, showing that God was also right here with us. I pulled out the wine and the wafer to show that God absolves us from our sins. He pulled out an apple to remind me of original sin. He had an answer for everything. What could I do?"  Meanwhile, the Jewish community had crowded around Moishe, amazed that this old, almost feeble-minded man had done what all their scholars had insisted was impossible. "What happened?" they asked.  "Well," said Moishe, "first he said to me that the Jews had three days to get out of here. I told him that not one of us was leaving. Then he told me that this whole city would be cleared of Jews. I let him know that we were staying right here."  "And then?" asked a woman.  "I don't know," said Moishe. "He took out his lunch and I took out mine." 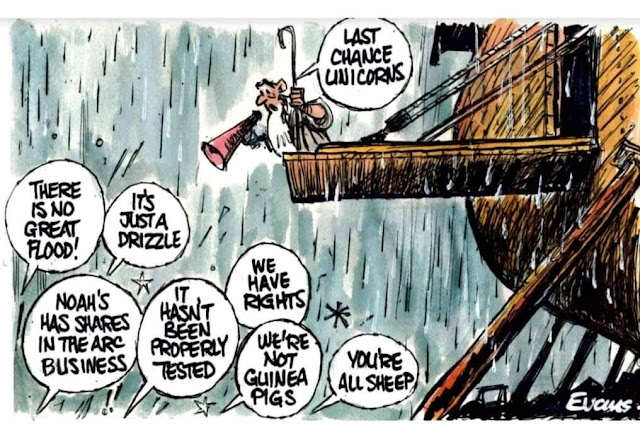