PHEEBS WAS THE BACK SEAT DRIVER ON THIS COLD SNOWY MORNING 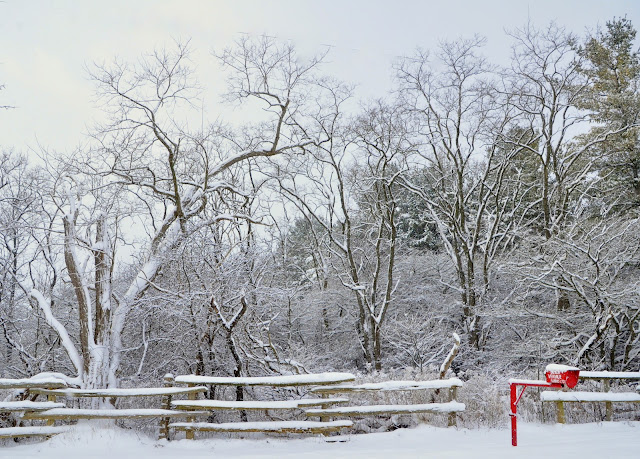 Our lite and fluffy snowfall continues and we have about six inches on the ground now.  I have been busy with my snow shovel keeping my pathways clear and especially around the bird feeders where those feathery little guys are keeping me on the run to keep the feeders stocked up. 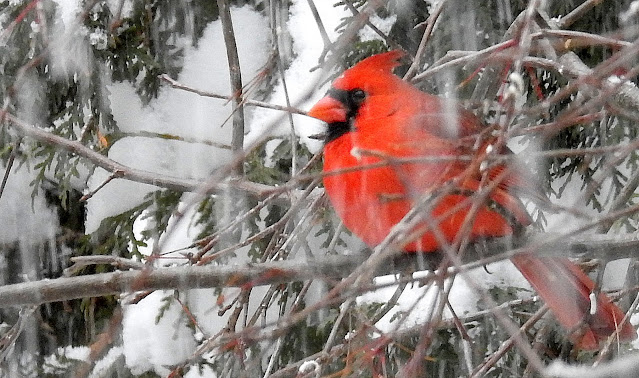 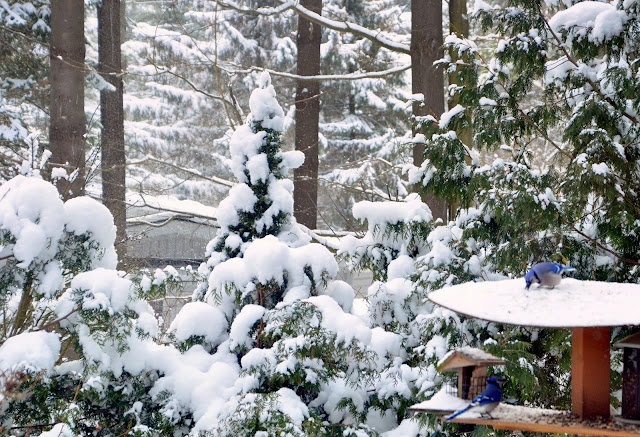 I put the portable steel step-up thing in place to help Pheebs into the Jeep but she was hesitant about using it so Kelly and I helped her into the Jeep.  She laid down in the back seat and stayed there. 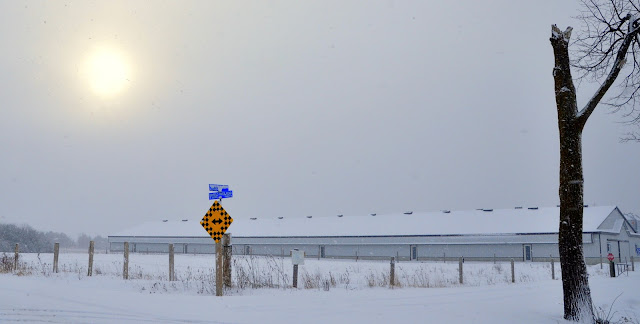 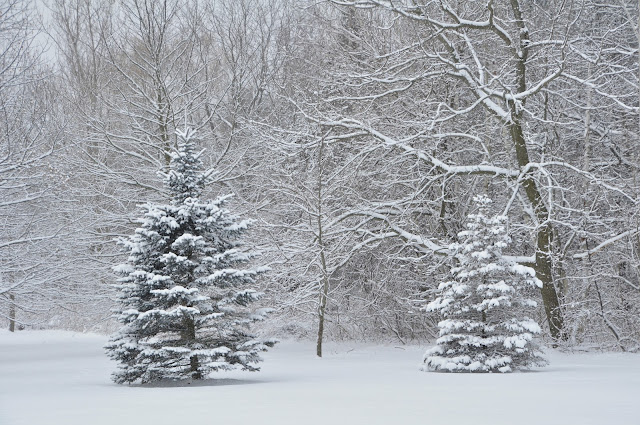 We took a short drive down Bayfield River Road, snapped a few pics and we were home again in about twenty minutes.  Pheebs was again hesitant about jumping down to the step so I managed to coax her into the front passenger seat where I was able to reach in and lift her down.  Although she has not shown any signs of feeling pain we think she hurt herself Thursday when she fell on the ice and then again getting into and out of the Jeep.  She's a bit wobbly when she walks and that again makes us think she may have a sore hind leg. 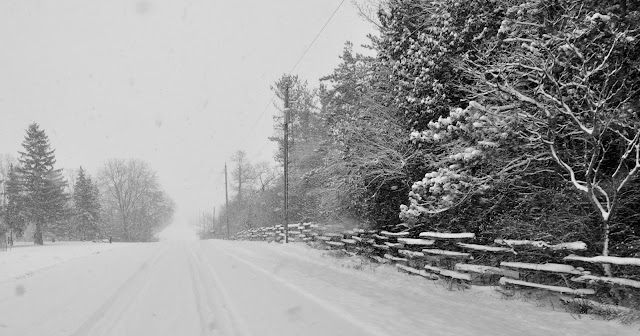 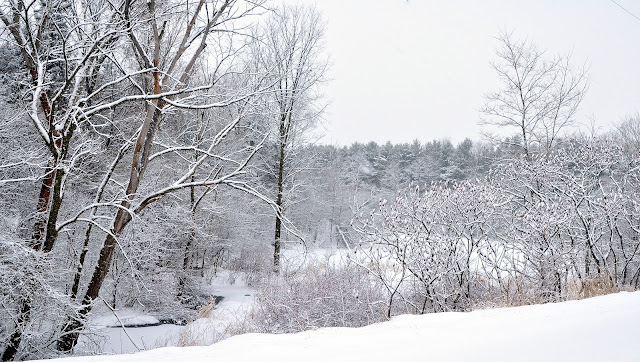 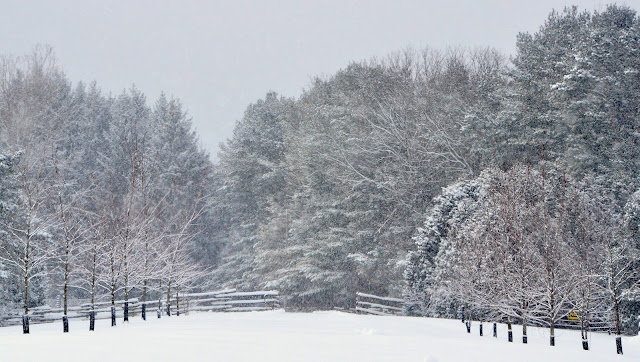 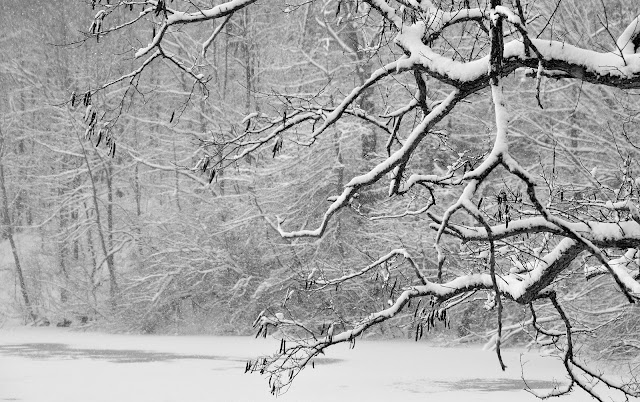 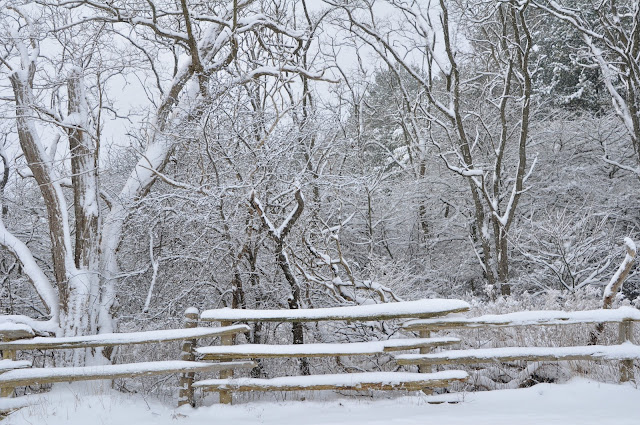 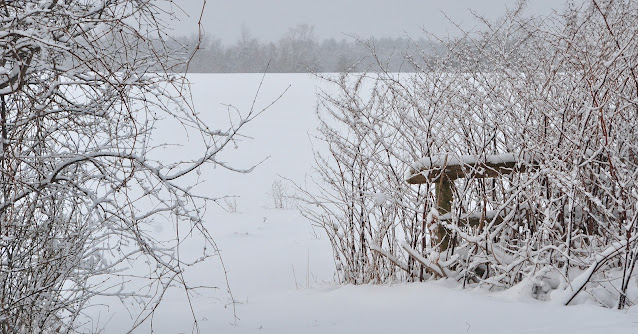 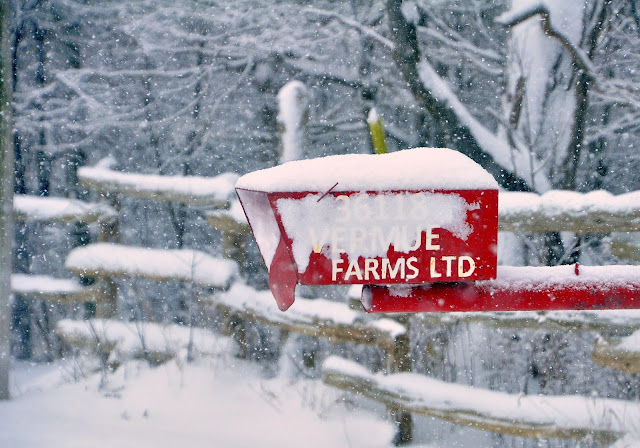 She has turned her nose up at her dog food but gobbles up roast beef, chicken, cheese, or hamburger leftovers from supper.  She's happy, alert, and wags her tail a lot.  She can walk alright but is slow coming up steps.  When the UPS truck pulled up out front this afternoon and knowing the driver always has a treat for her, she was out of the house like a rocket and down the driveway she went.  I do think she was feeling better today than Thursday. 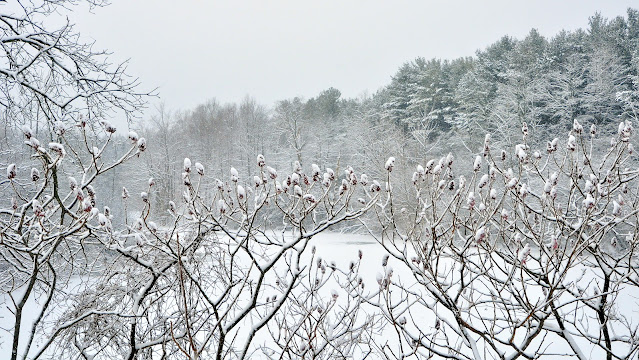 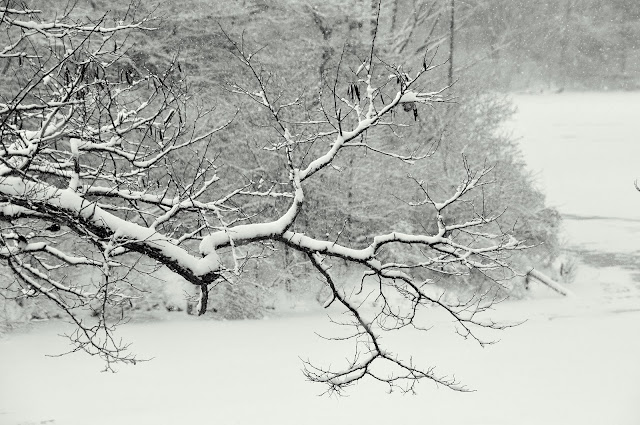 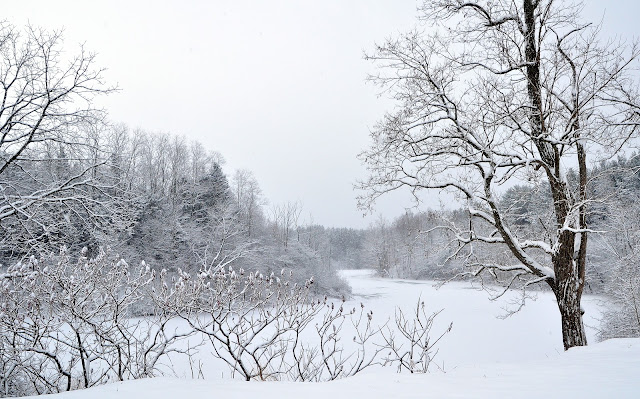 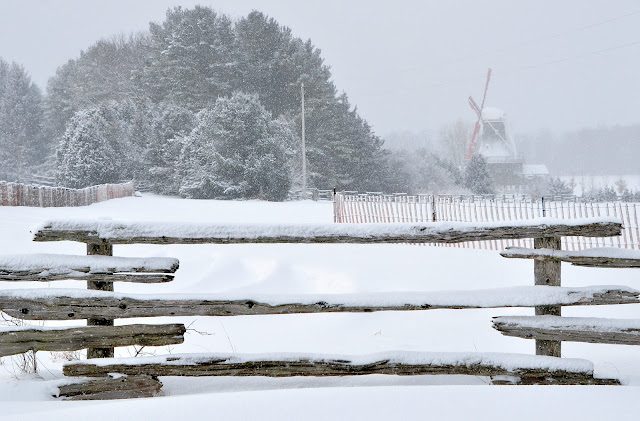 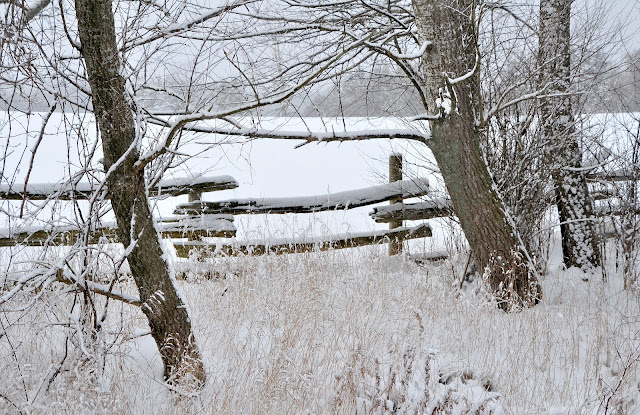 I think we will suspend our morning Jeep rides for a while to see if she heals and gets her normal mobility back.  Not much else new today so I will leave you with a smash of this morning's snowy photos..............
GROANER'S CORNER:((   A little boy was attending his first wedding. After the service, his cousin asked him, "How many women can a man marry?"  "Sixteen," the boy responded.  His cousin was amazed that he knew the answer so quickly. "How do you know that?"  "Easy," the little boy said.  "All you have to do is add it up, like the Preacher said: 4 better, 4 worse, 4 richer, 4 poorer."

- The inebriated bum thought he was Clark Kent. He was in a drunken Super. 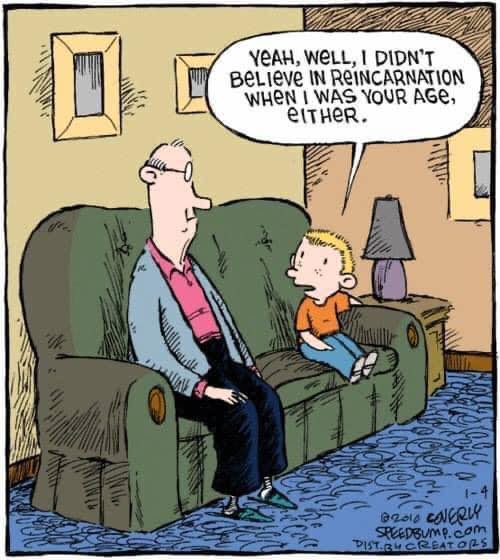 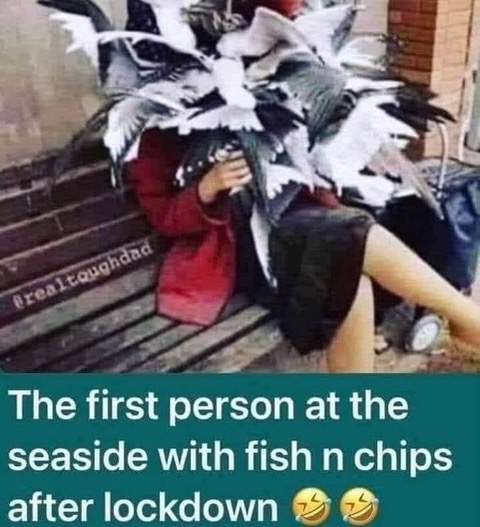 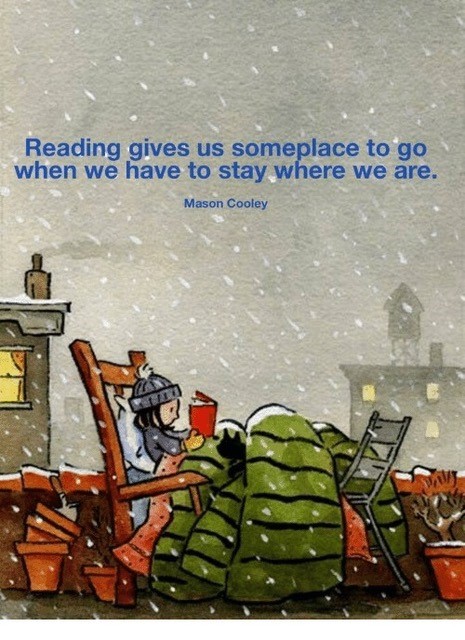