WE HAD US A RARE BOUT OF 'THUNDERSNOW' THIS MORNING

With a wet snowfall coming down early this morning it took us a few minutes to realize the occasional rumbling outside wasn't a truck going by, it was thunder. This rare snow and thunder phenomenon is known as Thundersnow.  With the large snowflakes being wet it didn't take long to cling to branches and weigh them down making for a very pretty landscape. 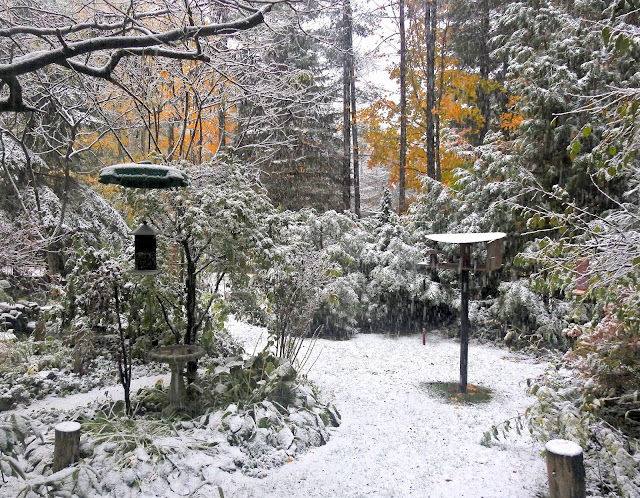 Pheebs and I were soon out the door and into the Jeep to see what we could see.  This morning's drive took us into and around Bayfield again. 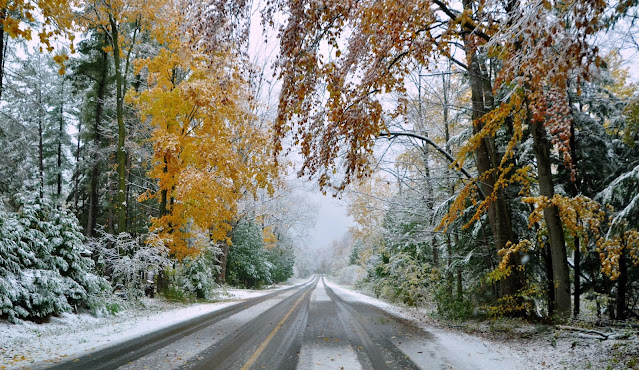 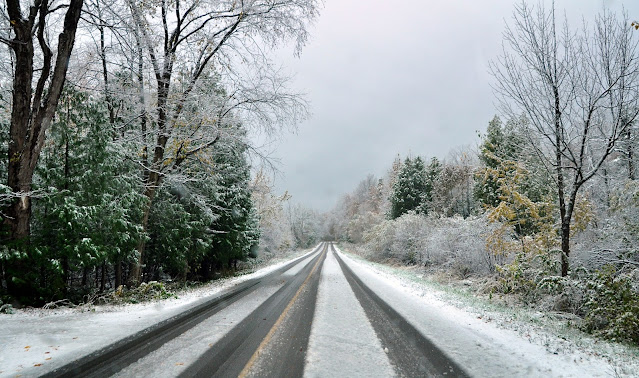 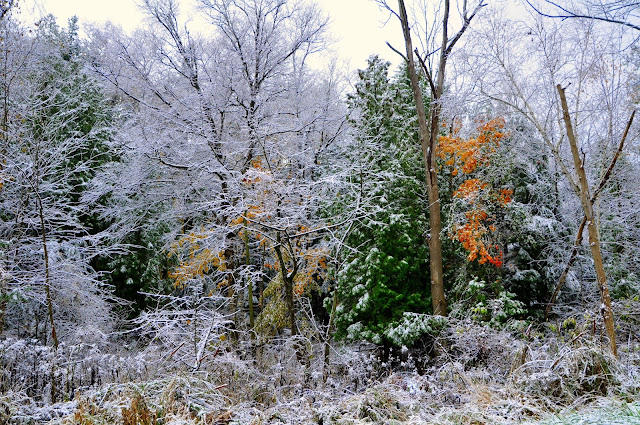 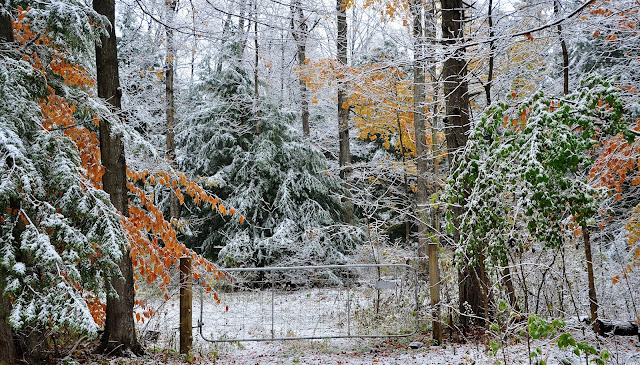 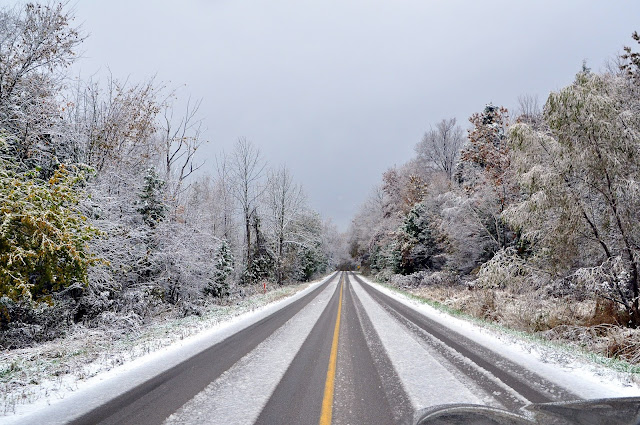 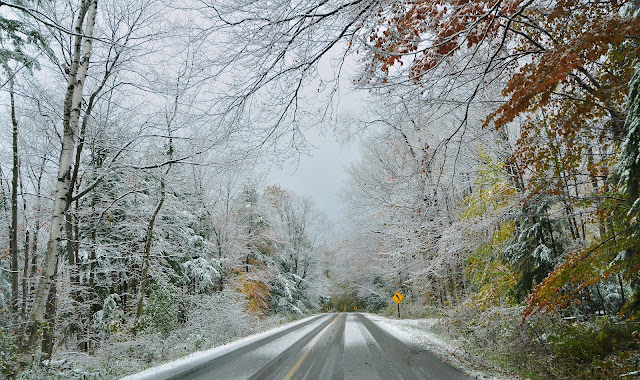 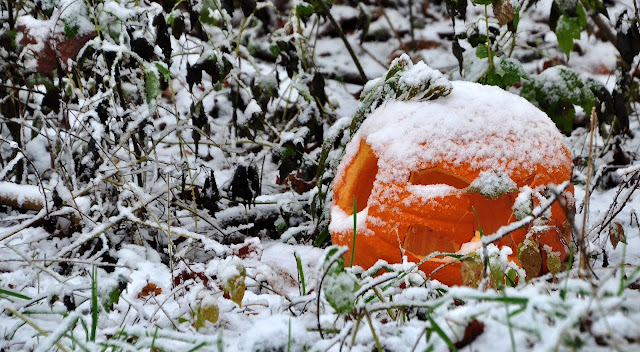 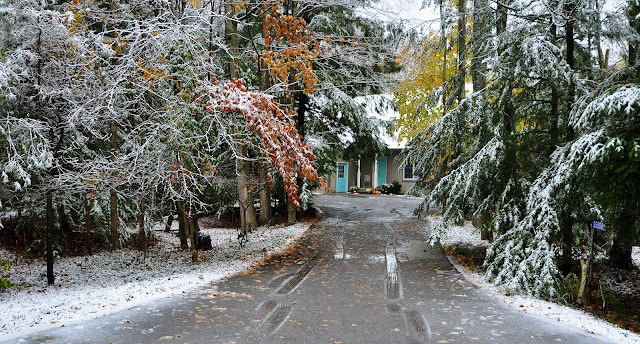 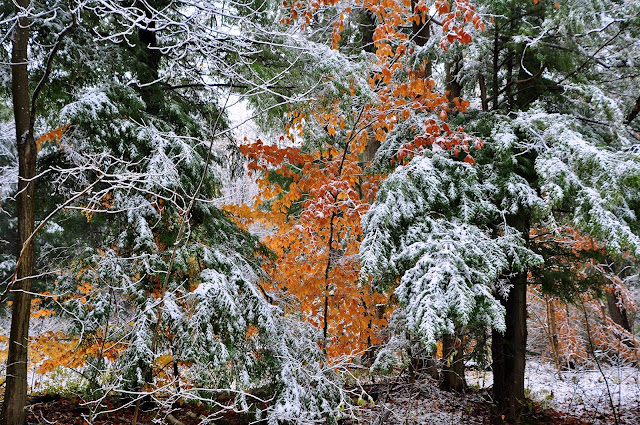 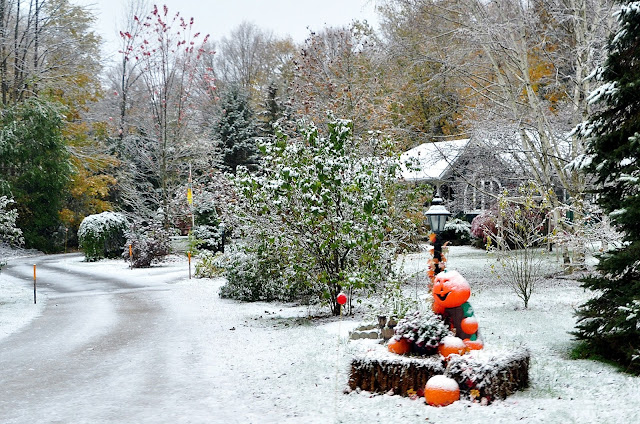 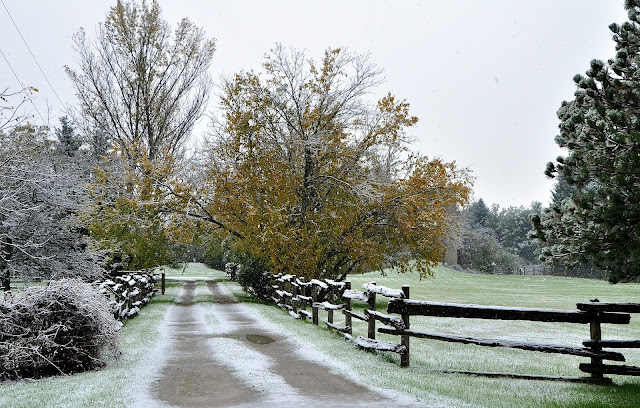 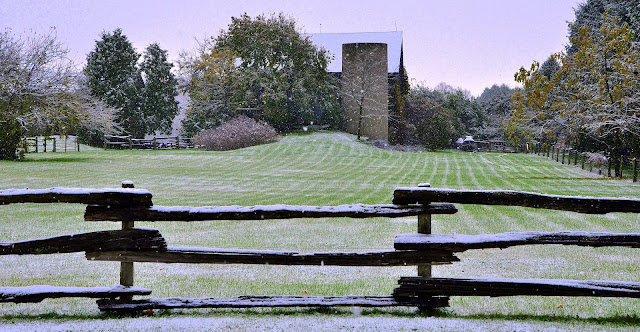 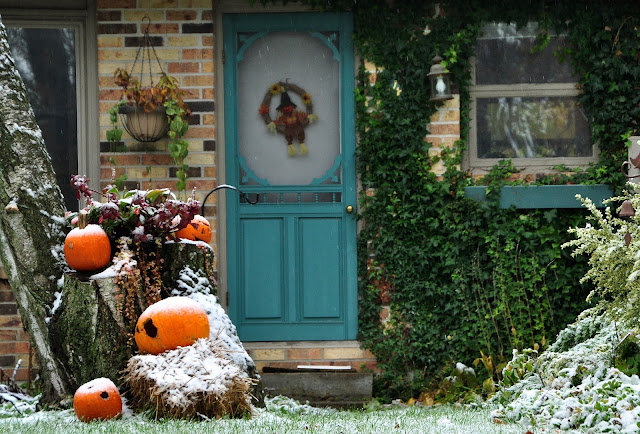 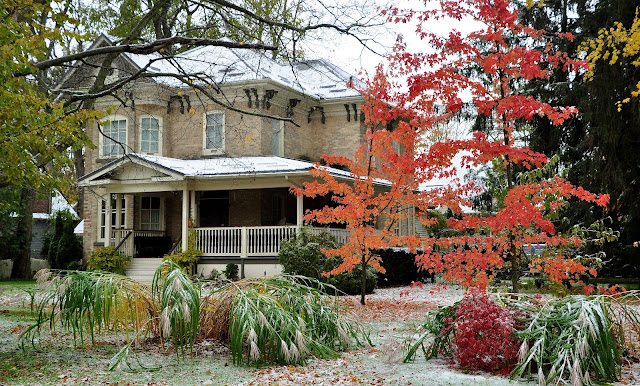 Sweeping some wet snow off our bird feeding station this afternoon I must have pushed the heavy snow too hard and the next thing I knew the whole top of our feeder was on the ground.  I figure some of the wood must have rotted around the screws and finally let go.  Oh Dear, back to the drawing board.  Definitely going to have to figure out some repairs and coming from me they will be quite the repairs alright.  Duct tape, binder twine, 3 pounds of nails, and half a slice of cheese whiz. 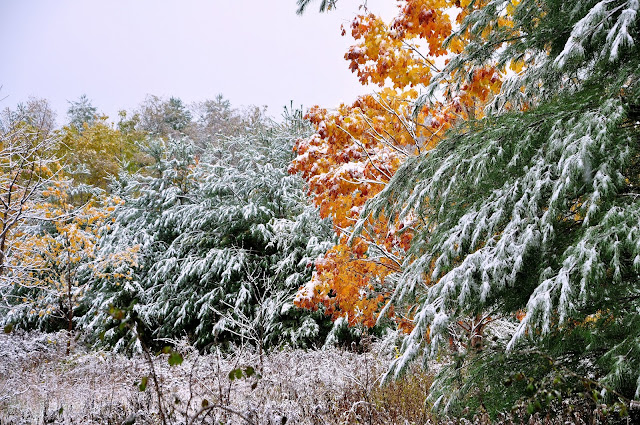 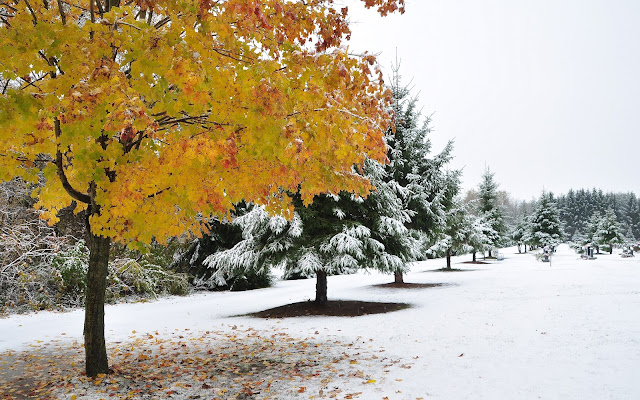 With our temperatures going up over the next five or six days it looks like we are going to get a break from all this recent rain and snow showers.  Also looks like some sunshine heading our way as well.  Oh my, could Spring be just around the corner?  Ya right!!

GROANER'S CORNER:((  A man spent a weekend gambling in Las Vegas casinos, and he won $100,000. He didn't want anyone to know about it, so when he came back home, he immediately went out to the backyard of his house, dug a hole, and planted the money in it.  The next morning he walked outside and found only an empty hole. He noticed footsteps leading from the hole to the house next door, which was owned by a deaf-mute. On the same street lived a professor who understood sign language and was a friend of the deaf man. Grabbing his pistol, the enraged man went to awaken the professor and dragged him to the deaf man's house. He screamed at the professor:  "You tell this guy that if he doesn't give me back my money I'll kill him!"  The professor conveyed the message to his friend, and his friend replied in sign language: "I hid it in my backyard, underneath the cherry tree."  The professor turned to the man with the gun and said: "He's not going to tell you. He said he'd rather die first."

One day St. Peter saw a street gang walking up to the Pearly Gates.  St. Peter ran to God and said, "God, there are some low-life street gang members at the Gates. What do I do?"  God replied, "Just do what you normally do with that type. Redirect them."St. Peter went back to carry out the order, but he suddenly came running back and yelling, "God, God, they're gone! They're gone!"  "The street gang?"  "No, the Pearly Gates!" 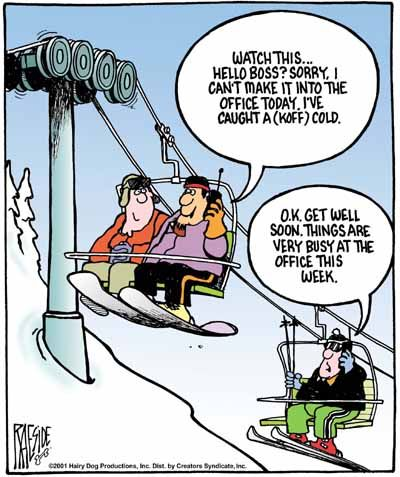 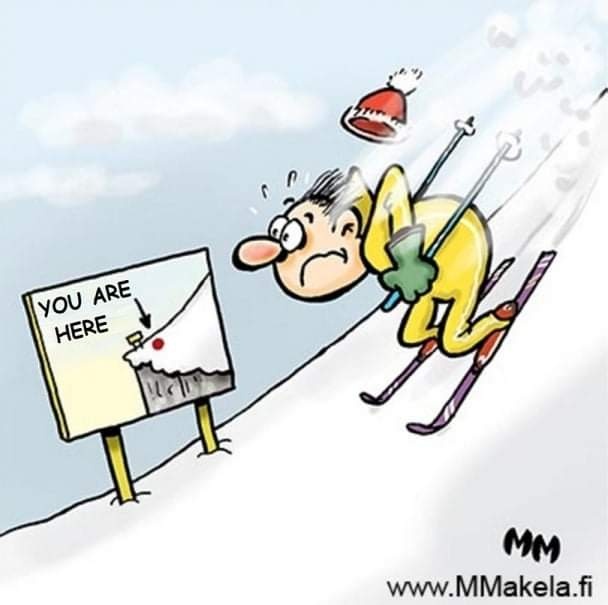