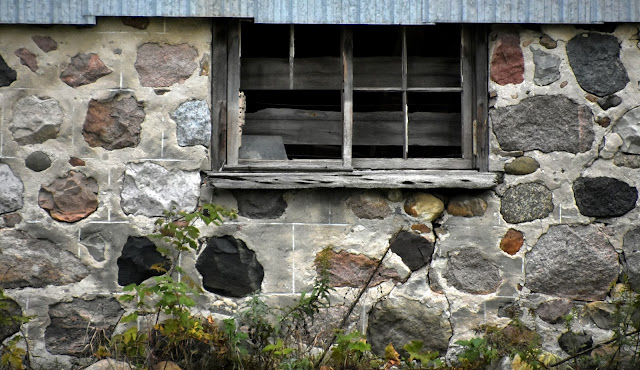 Another cloudy morning walk after overnight rains.  From there we were off on Road Trip #2 heading to Camp Out RV east of Sebringville to hopefully exchange the wrong sized anode rod for the right sized one.  With a coffee to go at Clintons Tim Hortons I decided to skip the scenic drive and head straight-away east on highway 8 to our destination.  We were soon into rain as our travels took us through the little burgs of Seaforth, Dublin, Mitchell, and Sebringville before making a right-hand turn into Camp Out.  They had the correct anode rod for our Atwood water heater.  Well, at least I hoped it was the right size this time.  Minutes later we were back on the road and this time we took the scenic route south of highway 8 back to Bayfield.  Managed a few more pics from the driver's seat along the way. 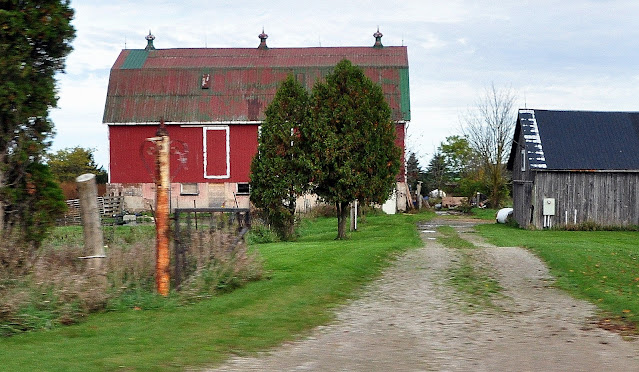 Home again about 11:30 I was anxious to see if the anode rod was the correct size.  I'm happy to say it was.  I didn't mind so much having to drive to Camp-Out and back a couple of times but it's the gas used that bothers me because Jeep Liberties are not known for their wonderful gas mileage.  And then there's the price of gas these days. 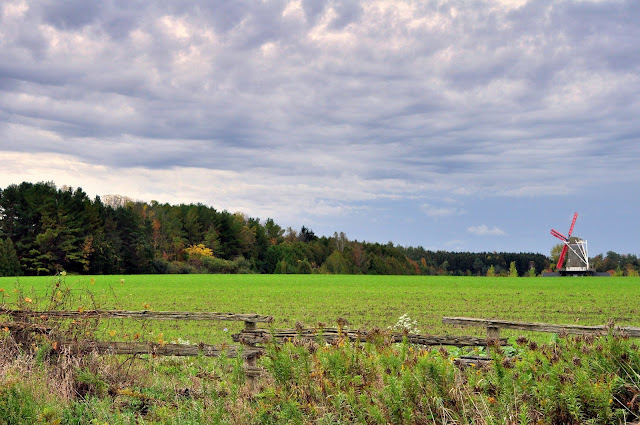 I have mentioned several times before in my posts how much I like the online magazine DesertUSA.  Been reading articles of interest in this magazine for years because so many of them are about places Kelly and I have been in the American Southwest.  The latest edition is a good example with one of its articles being Ghost Towns In Southern Arizona.  Out of the 12 places mentioned, Kelly and I have been to 8 of them.  The only 4 we didn't get to were Duquesne, Lochiel, Kofa, and the Yuma Territorial Prison.  We were close to Duquesne once and have driven near the Yuma Prison on I-8 probably a couple dozen times.  We boondocked in the Kofa Mountains half a dozen times but didn't make it the Kofa town ruins.  We have been to Fort Bowie, Courtland, Fairbank, Charleston, and the Superstition Mountain wilderness (Lost Dutchman State Park) once.  Been to and through Tombstone a dozen times or more, Pearce half a dozen times, and Gleeson 4 or 5 times.  On the right-hand side of my blog at the top of the column, you will find a 'Search' bar and if you type in the names of these ghost towns, there is a reasonable chance you can find the posts I have written about being to these places over the years.  And, below that Search bar, you will notice the words 'Blog Archive'.  Click on the down arrow and you will have access to the 4,886 posts I have written over our RVing years as well as all the posts I have written right here at home.  There are many, many miles of travels in those posts.  And of course lots of photos.  The few photos below were taken in March of 2016. 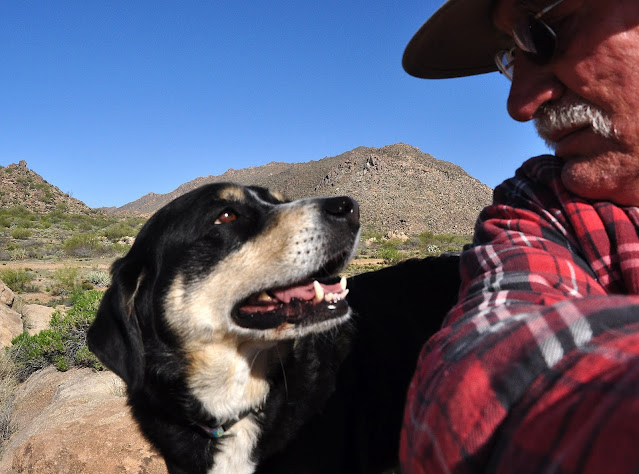 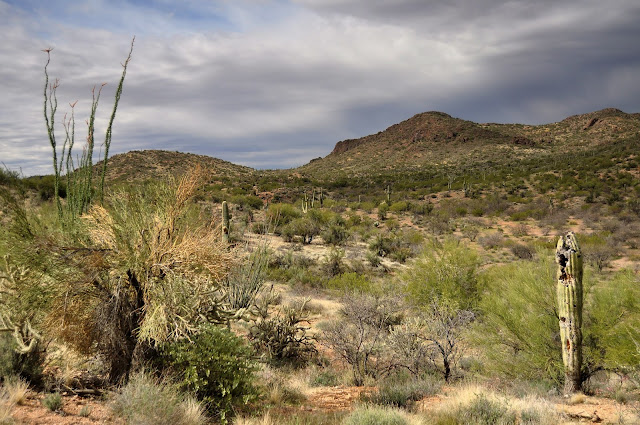 GROANER'S CORNER:((   A pastor, known for his lengthy sermons, noticed a man get up and leave during the middle of his message. The man returned just before the conclusion of the service. Afterwards, the pastor asked the man where he had gone.  "I went to get a haircut," was the reply.  "But," said the pastor, "why didn't you do that before the service?"  "Because," the gentleman said, "I didn't need one then."

Where do you find lost silverware?  Answer: At the fork in the road.

A psychiatrist's secretary walks into his study and says, "There's a gentleman in the waiting room asking to see you. Claims he's invisible."  The psychiatrist responds, "Tell him I can't see him." 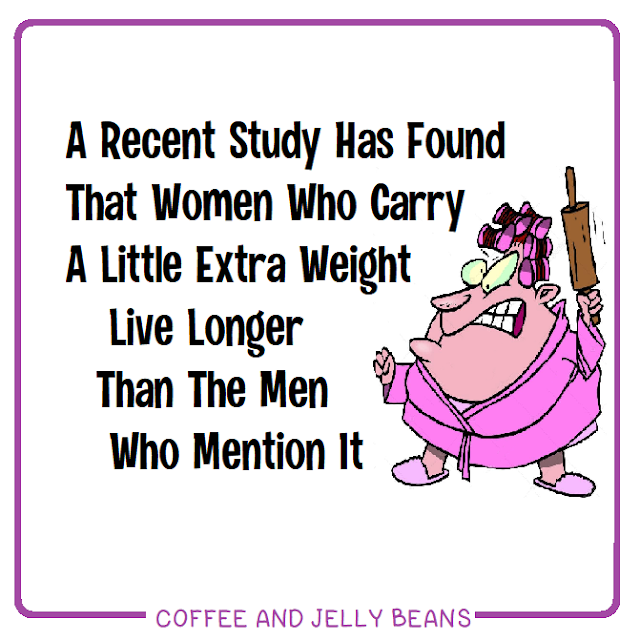 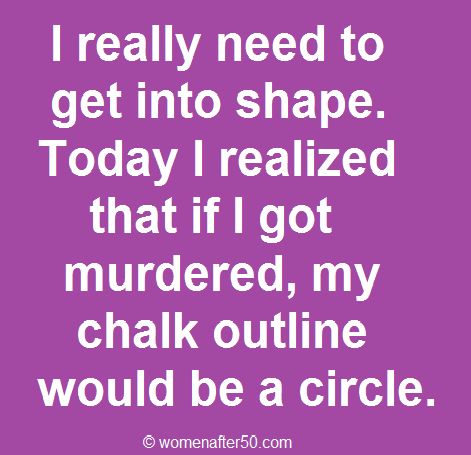 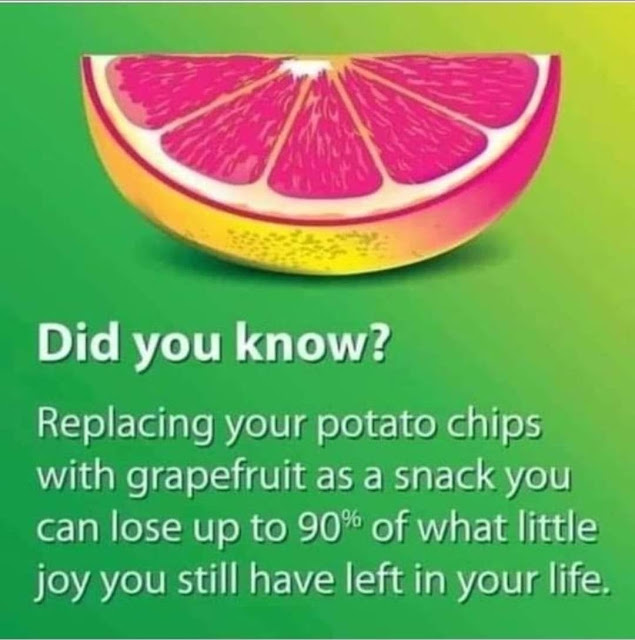