I DON'T THINK I'LL BE MAKING BACON AND EGGS AGAIN 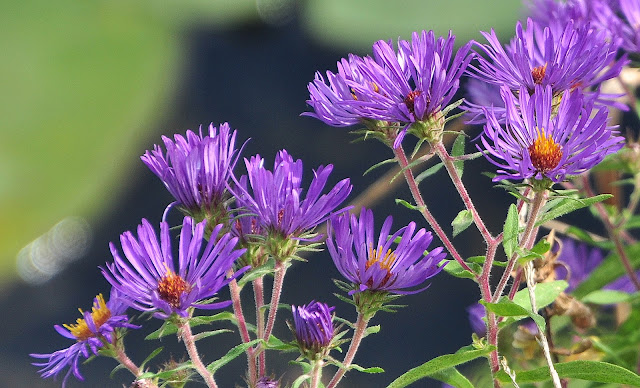 Arriving at our walking spot this morning I noticed right away the farmer, after raking his field of clover Wednesday and Thursday, had spent Friday baling it.  I don't know how much each one of those tightly rolled bales weighs but I could tell they certainly must be heavy.  Temperatures had come up in the night so there was no need for a little Jeep heat today. 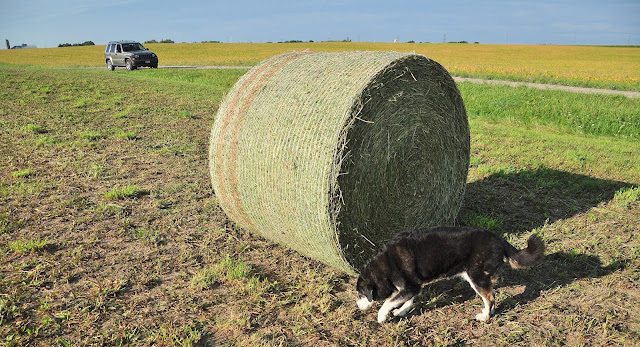 Cloudy skies this morning with a few patches of Sun as Pheebs and I rolled through Clinton, grabbed a Tim Hortons coffee to go then headed northeast of Clinton to the Hullett Marsh.  Now, I don't normally go back to an area where I have been just a couple short days before, but I was looking for something.  In my driver's door, there is a little space where I keep my loose change coffee money.  I also keep my fingernail clippers there as well.  A few days ago I set the clippers on my lap while I fished around for some coffee money change.  Can you see where I am going with this?  Yep, should never have placed the clippers on my lap.  Ten minutes later we were at our favorite marsh spot so out of the Jeep I hopped.  Uh-huh.  Later on that morning 20 miles away from the marsh, I noticed my fingernail clippers were missing and a quick search did not find them in the car.  I knew where they were anyway....on the ground where we stopped in the marsh, or so I hoped.  So that is why we stopped by the Hullett Marsh this morning.  Well, somebody else must have stopped at that same spot because my nail clippers were nowhere to be found.  I don't take losing stuff lightly so it was quite a little talk I had to have with myself....again:(( 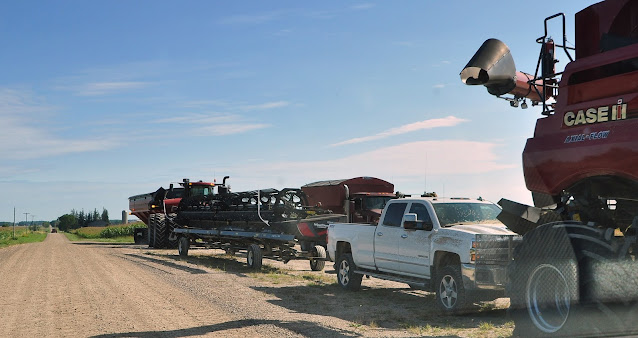 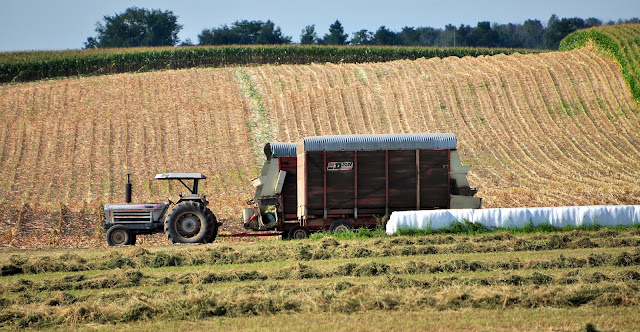 From the marsh, we country roaded it on over to the Londesborough Ontario area.  Hadn't been up that way for a few months.  I noticed the Saturday morning country roads were very busy with farm machinery.  I saw a couple combines parked near what looked to be a very ripe bean field.  Seems early for the bean harvest but maybe this field was a different kind of beans. 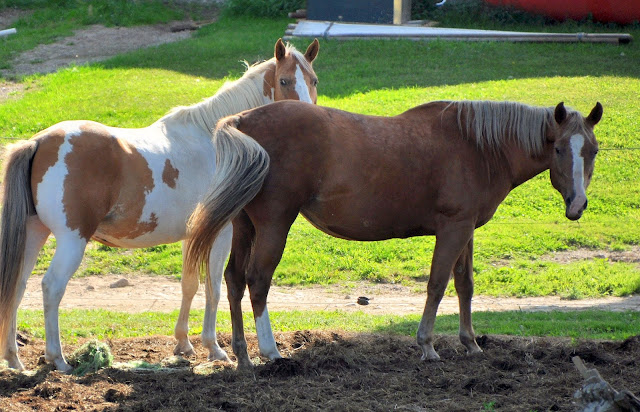 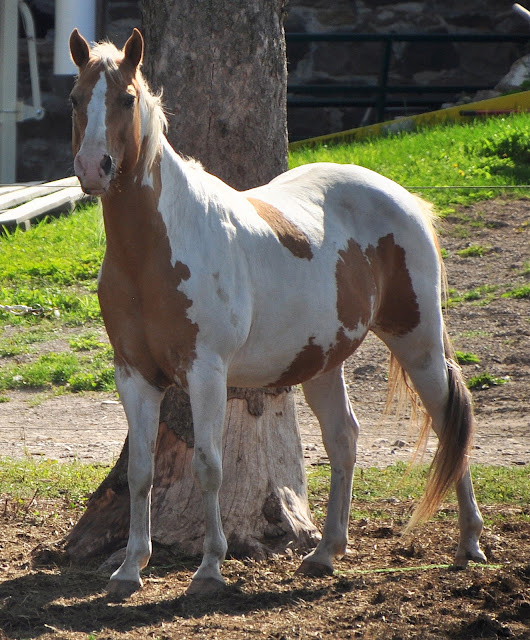 It was after 11 again by the time we made it home.  Thought maybe I would get a few more things done outside but for some reason, the spirit didn't see fit to move me in that direction.  Instead, I ended up in my recliner reading and grabbing some zzzzzzzz's. 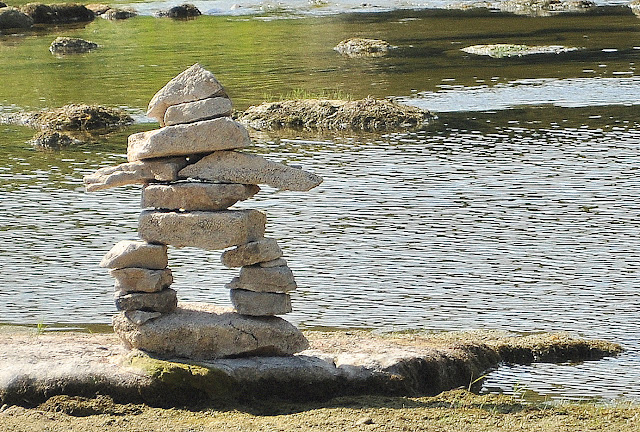 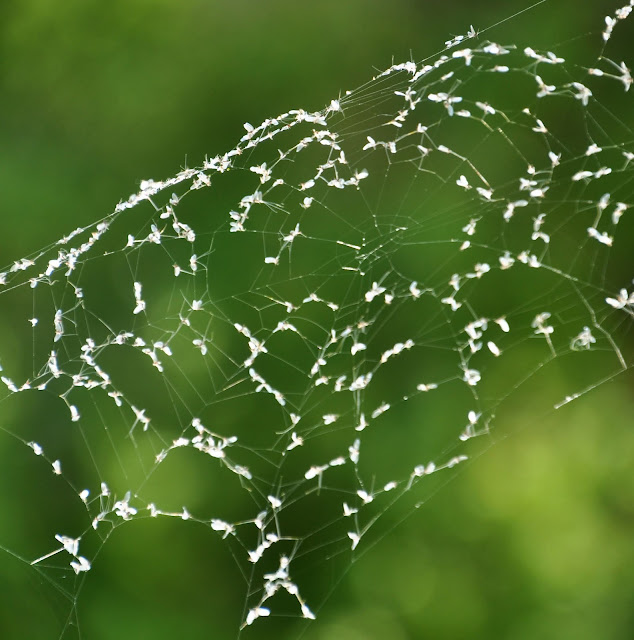 I haven't had the urge to cook anything for these past 5 weeks but late this afternoon I thought, 'aw what the heck'.  Grabbed me some pots and pans and....well okay, not so much pots, but I did haul out a frying pan.  Your thinking an egg omelet, right.  Nope, 3 strips of bacon, two fried eggs over easy, and a couple slices of diet whole wheat toast.  I must say I did a good job.  Didn't burn the toast, didn't break the eggs, and didn't overdo the bacon.  But when it came to eat it all, I could only manage one egg, one slice of bacon, and one piece of toast.  And I could hardly get all that down.  As I mentioned before, I have somehow lost my appetite for a lot of foody things over the past few years.  Bacon and eggs used to be one of my favs but now I would sooner have half a bowl of boring old bran flakes or something. 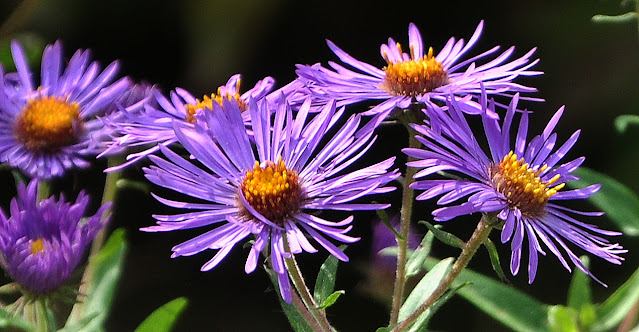 GROANER'S CORNER:(( Top ten signs your Amish teen is in trouble...10. Sometimes stays in bed until after 5 a.m.
9. In his sock drawer, you find pictures of women without bonnets.
8. Shows up at barn raisings in full 'KISS' makeup.
7. When you criticize him, he yells, 'Thou sucketh.'6. His name is Jebediah, but he goes by 'Jeb Daddy.'5. Defiantly says, 'If I had a radio, I'd listen to rap.'4. You come upon his secret stash of colored socks.3. Uses slang expression, 'Talk to the hand, 'cause the beard ain't listening.'
2. Was recently pulled over for driving under the influence of cottage cheese.1. He's wearing his big black hat backwards.

They told me, "Follow your dreams..."So I went back to bed. 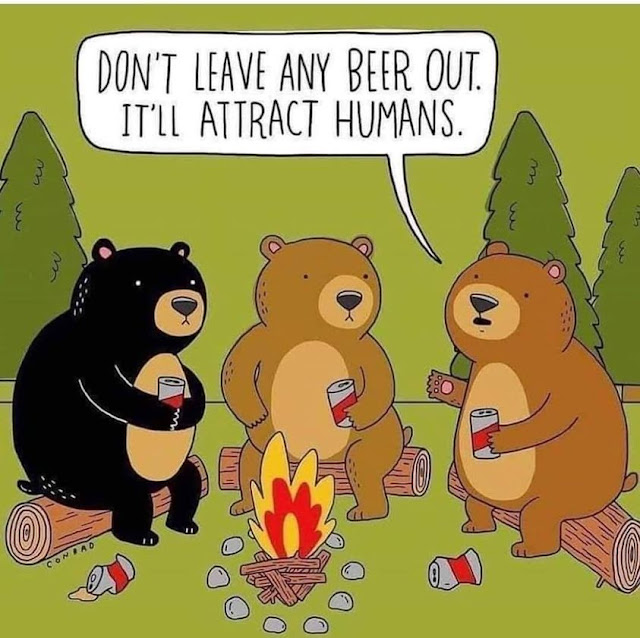 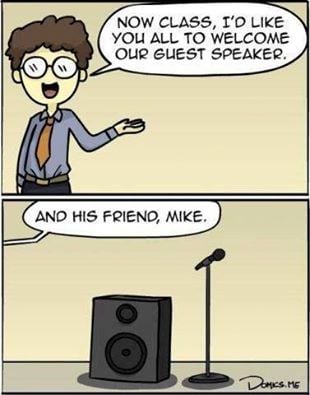 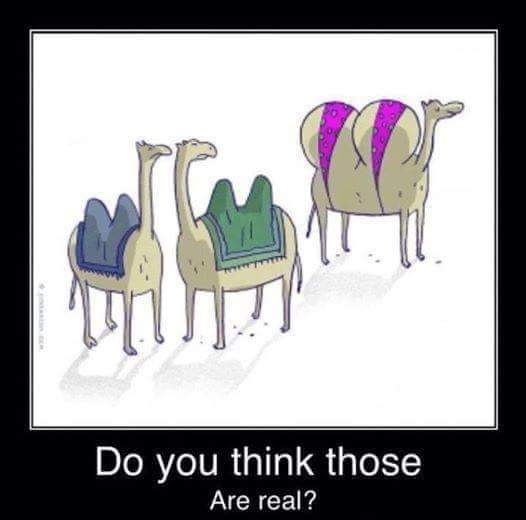