I AM SO GLAD WE LIVE IN CANADA 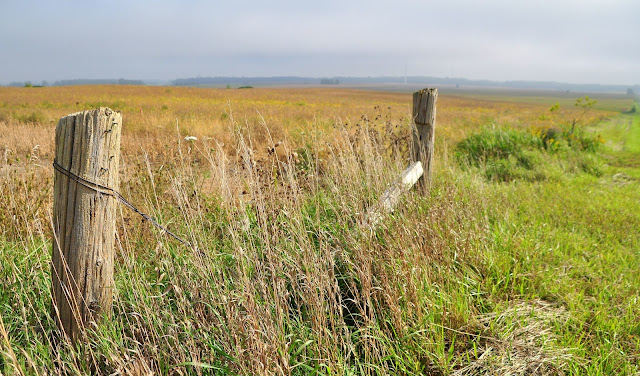 A touch of fog in this morning's air as Pheebs and I rolled out of our Park heading east to our walking area.  The misty landscape had an ephemeral feeling to it making it one of those memorable mornings that stays with one for a long time. 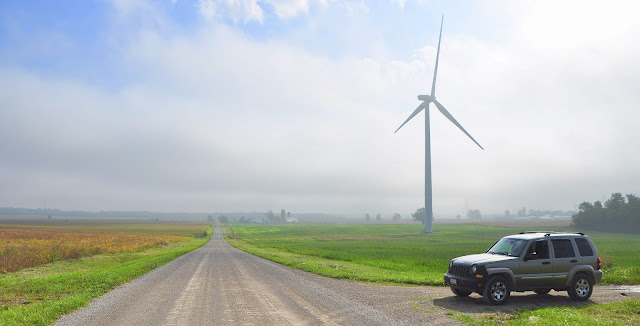 Instead of heading home after our walk, we Jeeped ourselves south over around the Varna area picking up one of our usual driving routes heading west.  It was a perfect weather morning with just the right touch of warm morning air added to the overnight coolness.  I think September is the nicest month of the year here in southwestern Ontario, Canada.  And that has certainly been true this year so far. 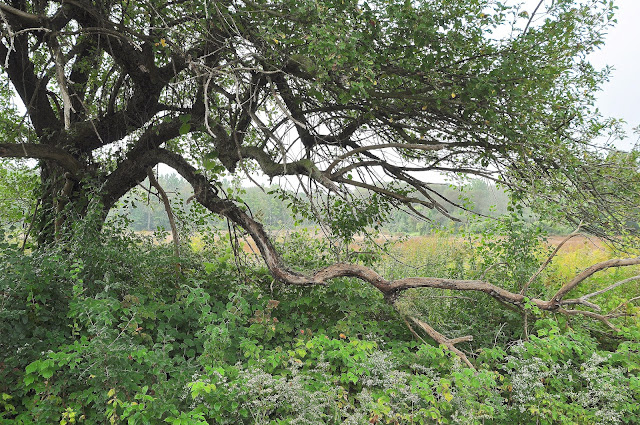 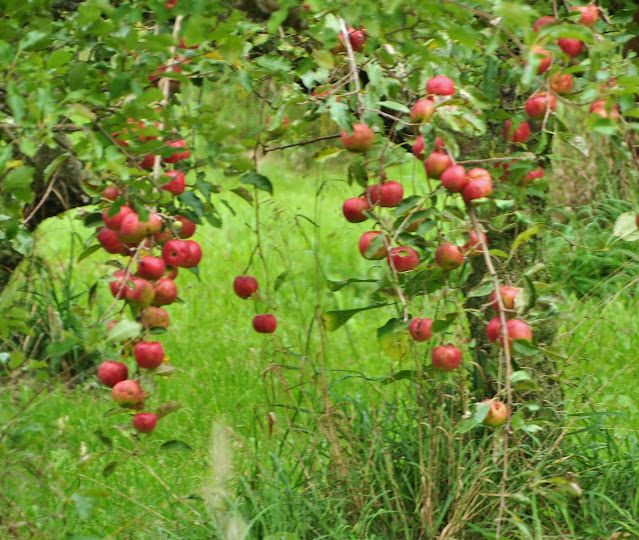 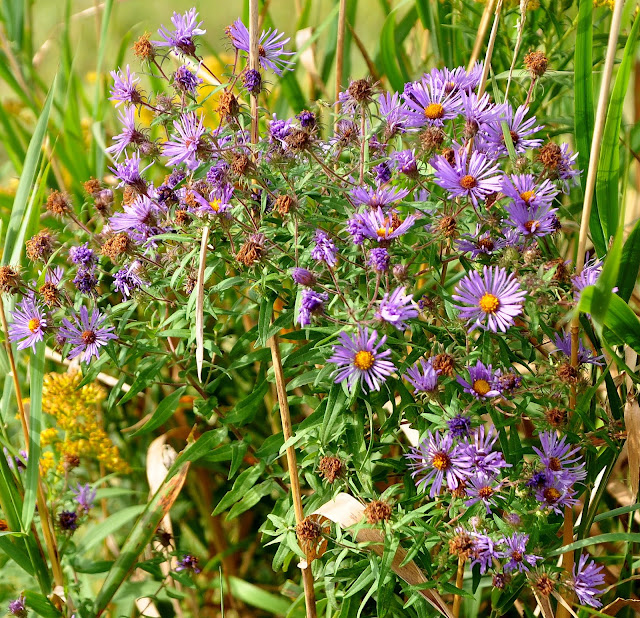 It was about high noon when Pheebs and I rolled Scooter out of her parking area and took it for an exercise run over to Holmesville and back.  Maybe one of these days instead of coming back in about 20 minutes we can keep on going and going for a few months.  Well now, that is wishful thinking isn't it.  Next week they will once again likely announce that the border opening will be pushed back another month again.  Maybe just as well with the way things are south of the border.  As much as we like the 'good things' America has to offer, I am so glad we live in Canada. 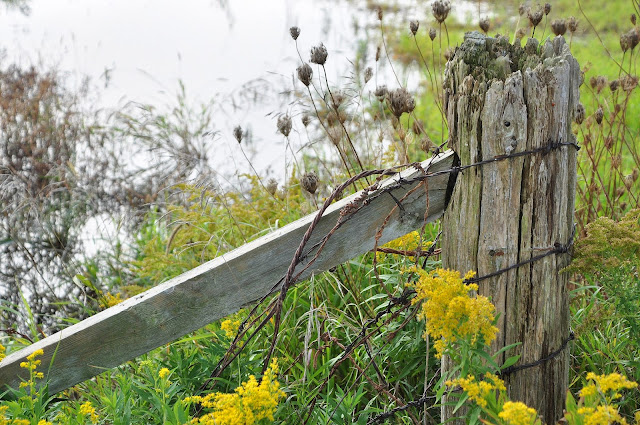 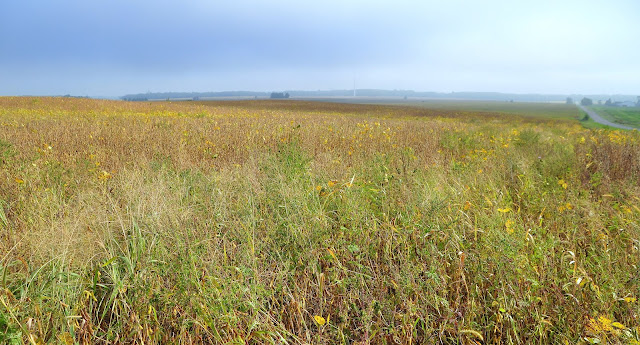 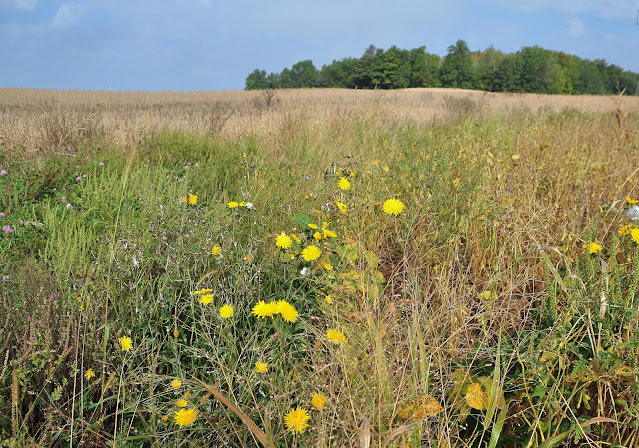 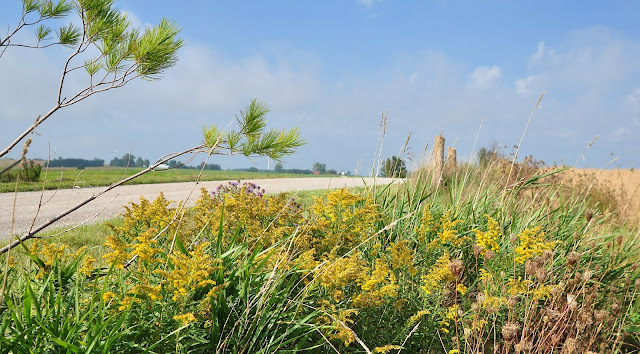 Saw an article saying area farmers are expecting a bumper crop and possibly record-breaking yields for soybeans and corn this year.  Looking at all the healthy fields around here I would be inclined to agree with them. 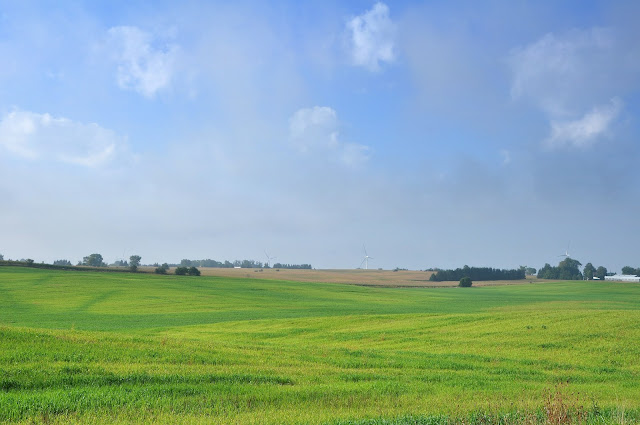 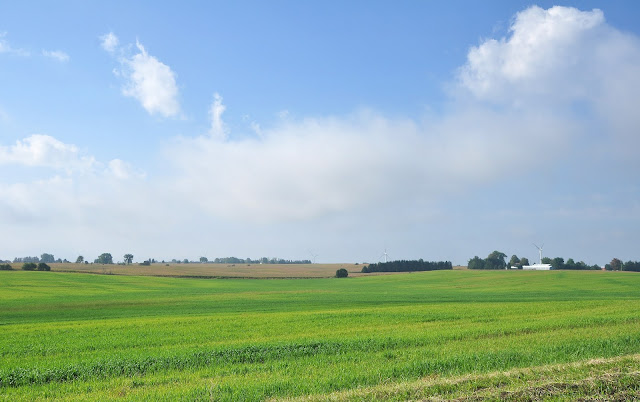 I have often thought of the human voice as a precisely tuned musical instrument, just like a finely tuned piano, violin, horn, guitar or harp, etc.  There are many examples of perfection in the music world if and when a human voice is used in its finest form.  Listen to this young girl doing a much-loved instrumental piece of music called, Clare De Lune. 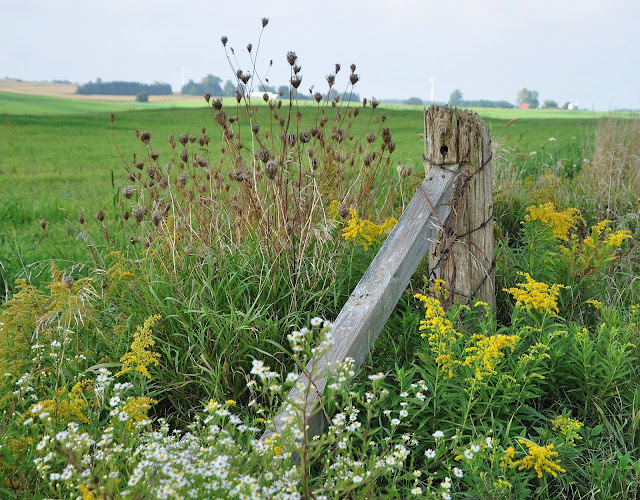 GROANER'S CORNER:(( During World War two, 3 people, Michael, Sam, and Ben were captured by the Germans. They will be sentenced to death by shooting, one after the other.  Fortunately, Michael came up with a plan. He told the others that the Germans were afraid of natural disasters. So he would cause them to panic, and escape while they were in confusion.  The next morning, Michael was led to the wall. The firing squad was lined up and the Captain commanded, "Ready... Aim...", but before he could complete, Micheal shouted, "Earthquake! Earthquake!" The German soldiers panicked and Michael escaped.    Later, the soldiers took Sam out and the firing squad was ready. The captain commanded, "Ready... Aim..." This time Sam shouted, "Flood! Flood!" Again, the soldiers panicked and this time, Sam made his escape.  Observing all this, Ben began to get the idea. "It's important to get the timing right."  Soon, it was Ben's turn. The soldiers lined up in front of him.  The captain started, "Ready..." "Aim..." Ben shouted, 'FIRE" "FIRE"

Q: How did the bishop make holy water?A: He took some tap water and boiled the hell out of it. 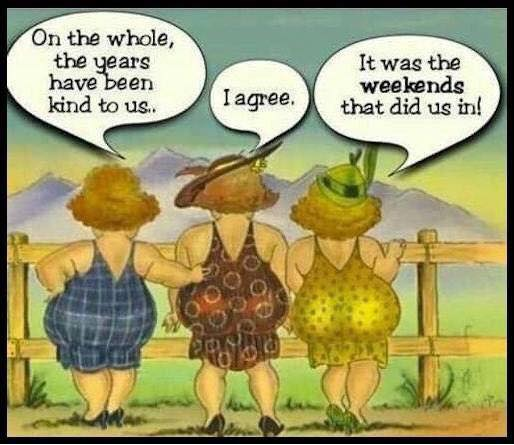 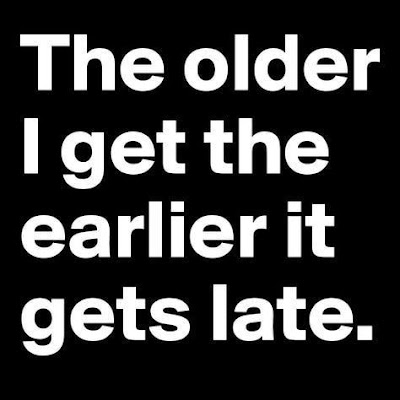 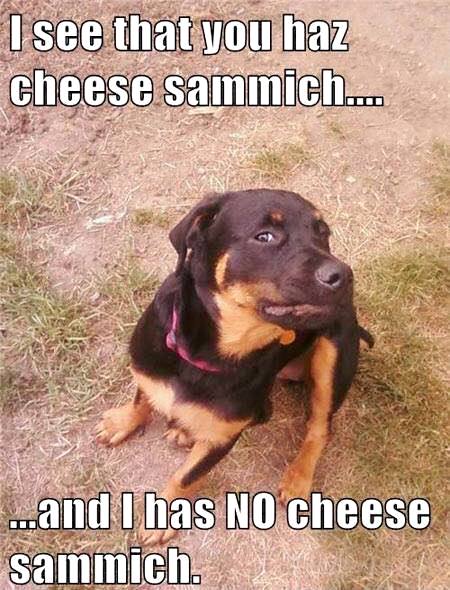