A NASTY STORM RESULTS IN A TORNADO NORTH OF US

If it wasn't for me constantly saying how nice the weather has been lately I wouldn't have much to say at all these days.  Today was another one of those nice days. (well almost)  I'll just let the following few photos from this morning carry tonight's post..........  Just as I finished typing this the TV screen suddenly flashed an 'EMERGENCY ALERT'!!  But first.....my few photos from our Jeep ride to Goderich and back this morning.

As soon as the warning flashed across the TV screen I checked our live radar weather feed and saw that we had a big smasher of a storm heading across Lake Huron right for us.  And it was almost here.  Pheebs and I didn't waste any time heading out the door and into the Jeep heading for Bayfield's beach area in hopes of catching the big storm clouds coming in.

As soon as I had a few pics from the beach area I was quickly into the Jeep heading back to the highway.  The storm was to the north so that is the direction we headed.

Just north of Bayfield, I turned right on Bayfield Road and headed about a mile and a half east out into open farmland where I could get an overall view of the sky.  And what a turbulent sky it was as I pulled over on Whys Line and got out of the Jeep.  No rain yet but the winds were fierce.  I had to quickly throw on a jacket as temperatures took a dive.  Again, I scanned the darkened sky for any signs of a funnel cloud.  Skies were darkest to the north towards Goderich.  We are prone to tornados here and it was a decade ago when a tornado came in across the lake and devastated Goderich's downtown core and outlying areas.  One death. 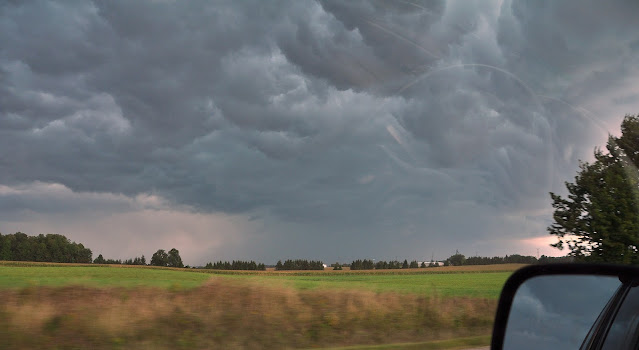 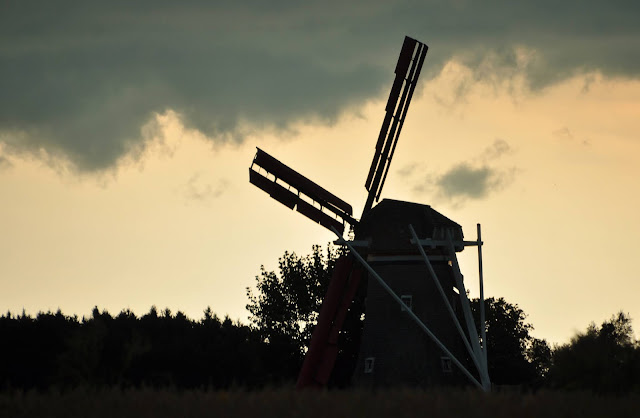 About 5 minutes after pulling over on a side road (Whys Line) I noticed skies began to lighten a wee bit.  I could see some thunder and lightning on the western horizon and it wasn't long before the rains began.  We headed home and got inside before the heavier downpour started about 20 minutes later.  From there on it was a medium rain as the storm passed and headed inland.  But wait....there's more, and here is an update::  Looks like Port Elgin, 70 miles north of Bayfield along the shores of Lake Huron reported a Tornado late this afternoon.  Also widespread Power Outages in that whole area and especially inland from Lake Huron.  As I post this tonight about 8 p.m. it is still raining (heavy at times) and we have thunder and lightning happening.   GROANER'S CORNER:((   The woman applying for a job in a Florida lemon grove seemed way too qualified for the job.  Look Miss," said the foreman, "have you any actual experience in picking lemons?"  "Well, as a matter if fact, yes!" she replied. "I've been divorced three times."

Yesterday my spouse was berating me for checking my email all day as I work from home.  "You know," she complained, "I think that work rules your life."  "No dear," I replied, "you rule my life... I just prefer work." 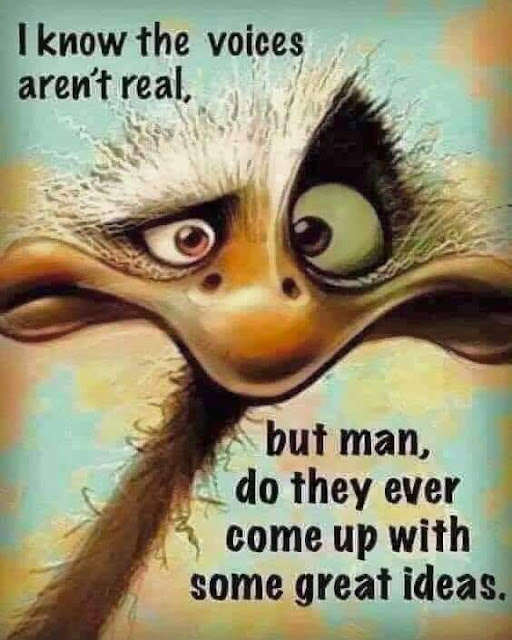 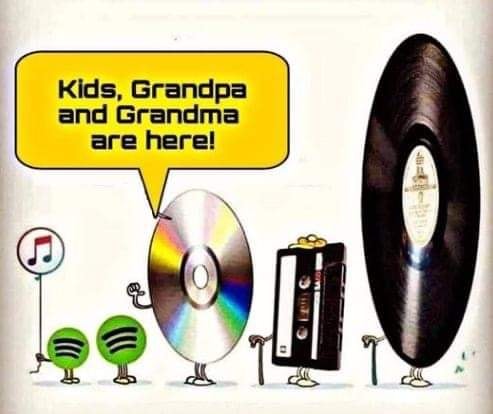 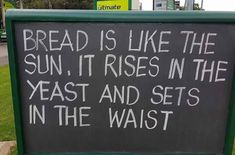