A BIG SKY DAY AND A FEW SIGNS OF EARLY AUTUMN 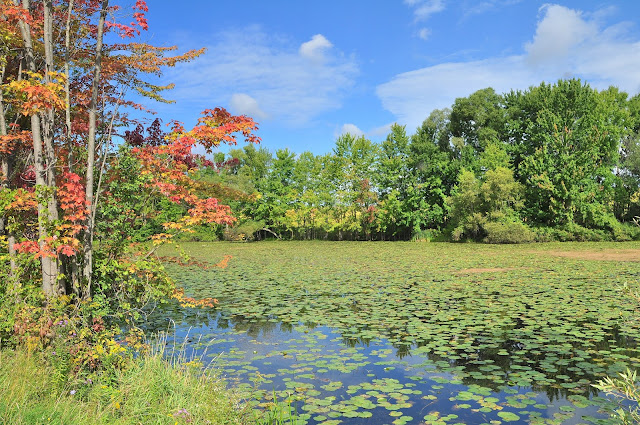 Another very fine early September morning.  It was a big sky day with billowing white fluffy clouds lazily making their way across an endless blue sky.  After our walk, Pheebs and I leisurely wandered around a number of quiet country roads.  Windows down and no need for either the Jeep's heater or A/C.  I've been noticing some early signs of Autumn on our travels so rather than blathering on and on as I have a habit of doing I will just leave you with a few pics of things we saw along the way this morning. 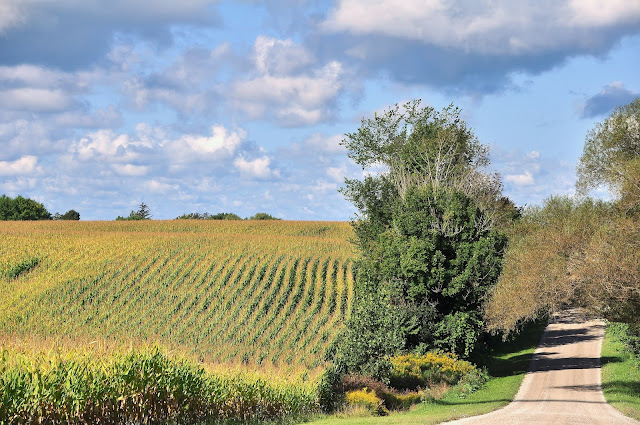 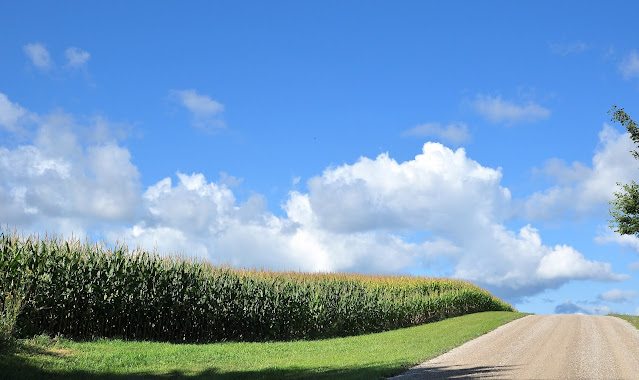 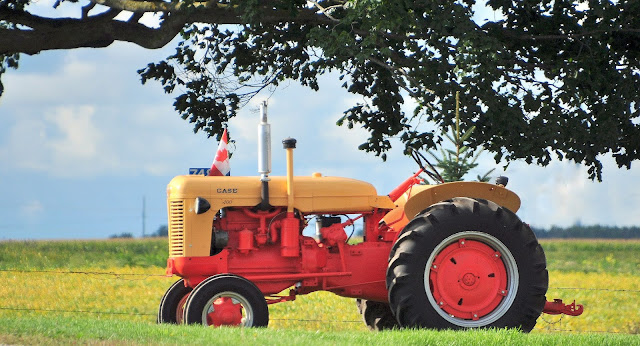 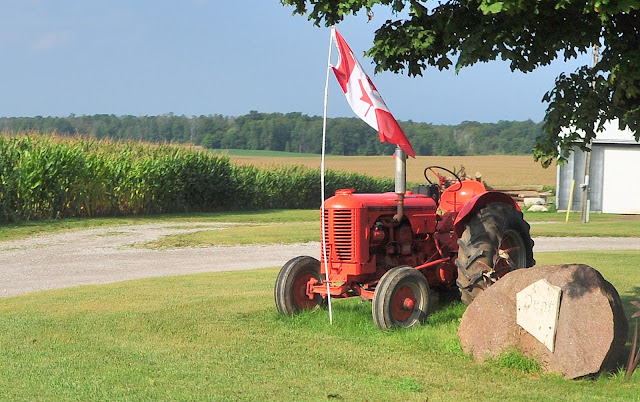 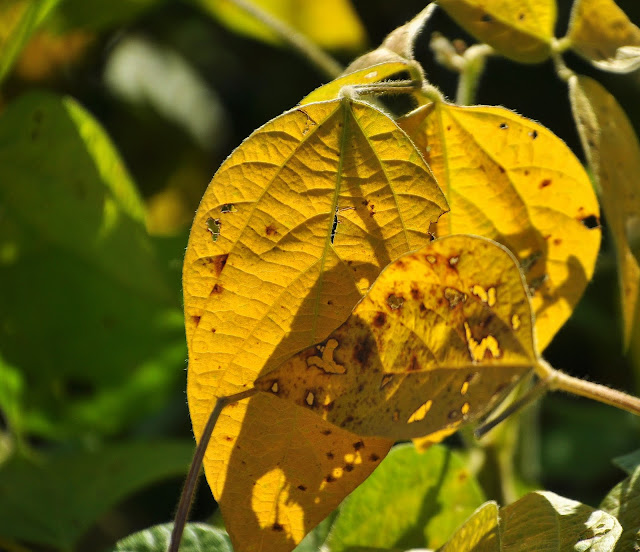 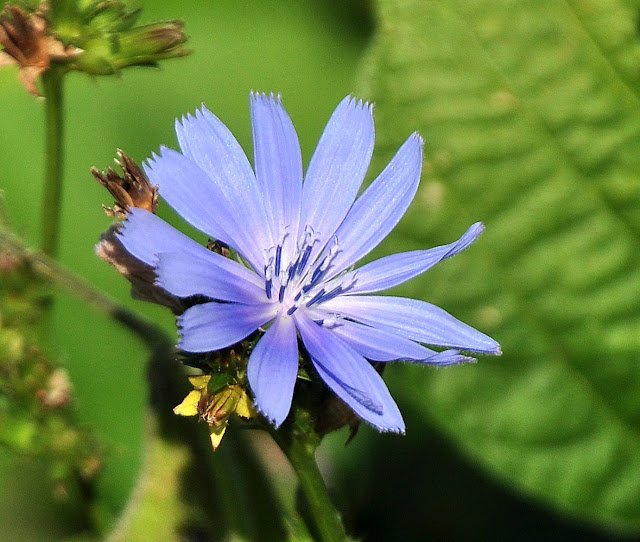 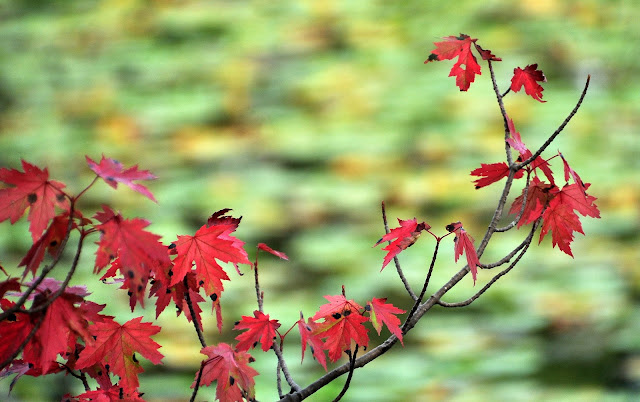 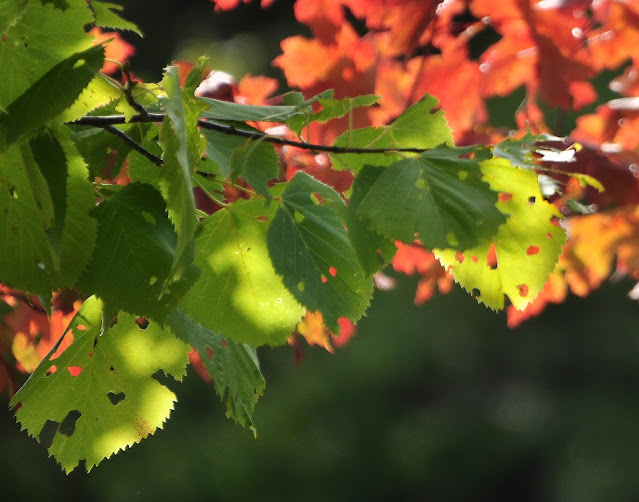 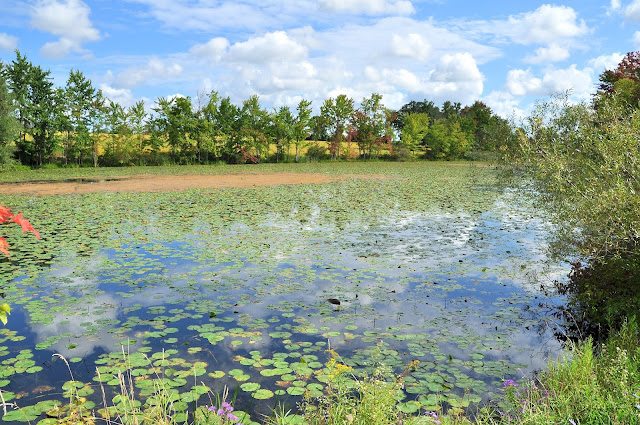 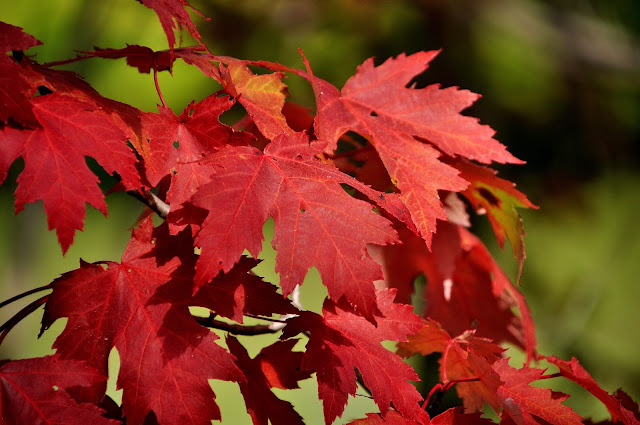 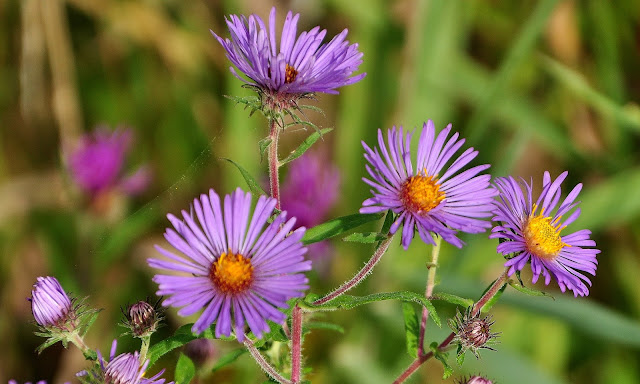 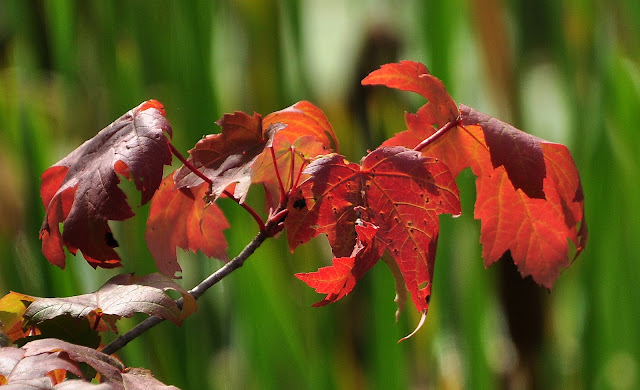 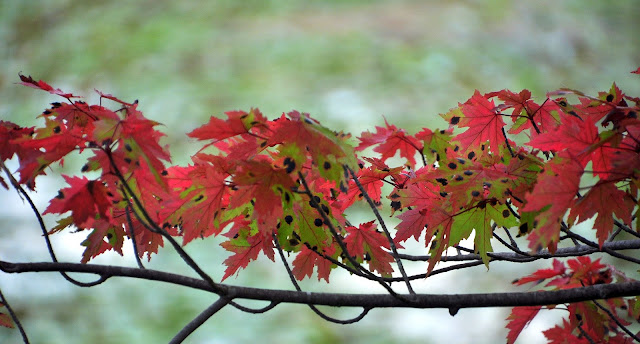 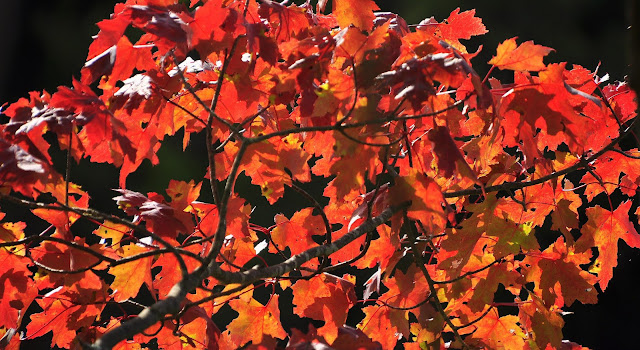 2. What do you call a pig with laryngitis? Disgruntled.3. Writing my name in cursive is my signature move.4. Why do bees stay in their hives during winter? Swarm.5. If you’re bad at haggling, you’ll end up paying the price.6. Just so everyone’s clear, I’m going to put my glasses on.7. A commander walks into a bar and orders everyone around.8. I lost my job as a stage designer. I left without making a scene.9. Never buy flowers from a monk. Only you can prevent florist friars.10. How much did the pirate pay to get his ears pierced? A buccaneer.11. I once worked at a cheap pizza shop to get by. I kneaded the dough.12. My friends and I have named our band ‘Duvet’. It’s a cover band.13. I lost my girlfriend’s audiobook, and now I’ll never hear the end of it.14. Why is ‘dark’ spelled with a k and not c? Because you can’t see in the dark.15. Why is it unwise to share your secrets with a clock? Well, time will tell.16. When I told my contractor I didn’t want carpeted steps, he gave me a blank stare.17. Bono and The Edge walk into a Dublin bar and the bartender says, “Oh no, not U2 again.”18. Prison is just one word to you, but for some people, it’s a whole sentence.19. Scientists got together to study the effects of alcohol on a person’s walk, and the result was staggering.20. I’m trying to organize a hide and seek tournament, but good players are really hard to find.21. I got over my addiction to chocolate, marshmallows, and nuts. I won’t lie, it was a rocky road.22. What do you say to comfort a friend who’s struggling with grammar? There, their, they’re.23. I went to the toy store and asked the assistant where the Schwarzenegger dolls are and he replied, “Aisle B, back.”24. What did the surgeon say to the patient who insisted on closing up their own incision? Suture self.25. I’ve started telling everyone about the benefits of eating dried grapes. It’s all about raisin awareness. 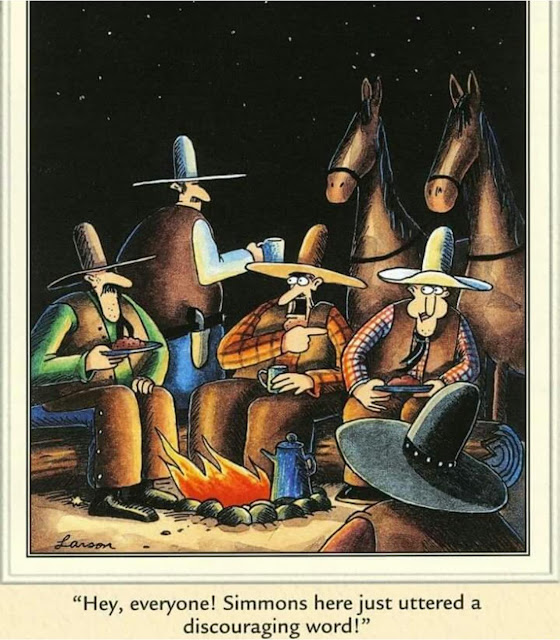 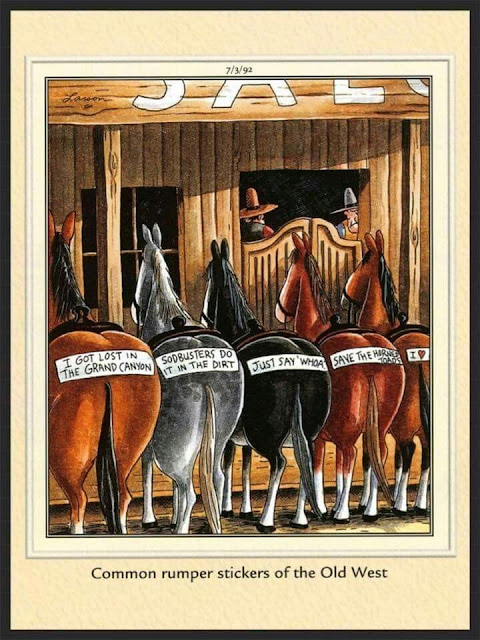 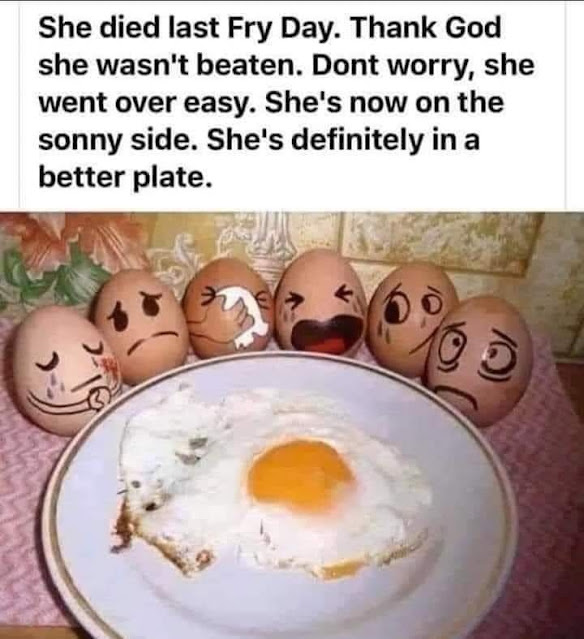