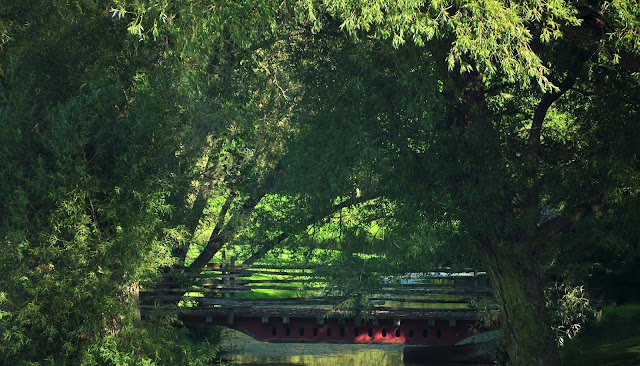 With 'slightly' cooler air upon us Monday night Pheebs and I were out the door about 8:30 heading east out into the country.  At our night sky spot, dusk was already upon us and I could see the Planet Jupiter low in the southeastern sky.  I was later able to get a few photos showing the Moon plus the two Planets, Jupiter and Saturn all in the same frame. 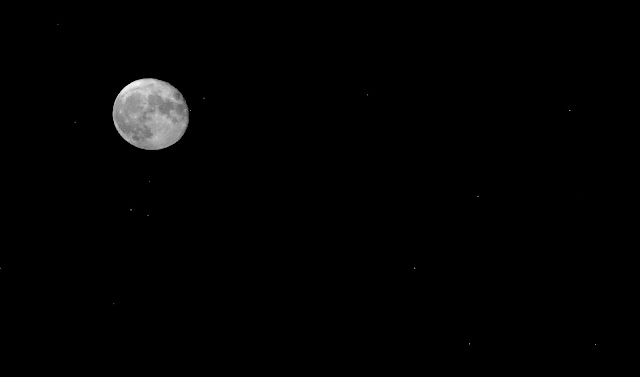 We were out the door before 9 this morning and the heat and humidity were already building.  It was only half a country road walk we did before we were back in the Jeep cruising along with all the windows down.  After wandering around half a dozen big country blocks we headed for home and the cool confines of the house.  Needless to say, from there on, our day was simply a repeat of the previous day.  In other words, we stayed inside out of the heat and thoroughly miserable humidity. 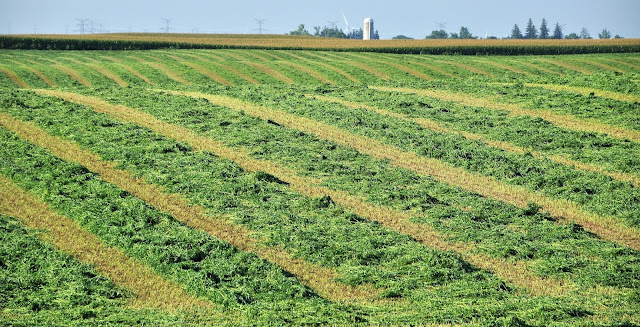 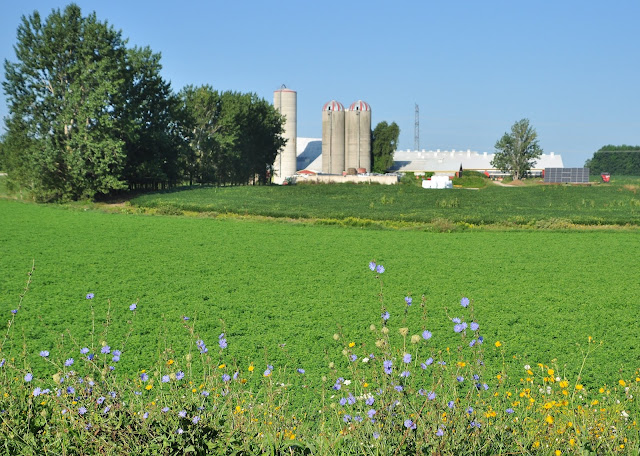 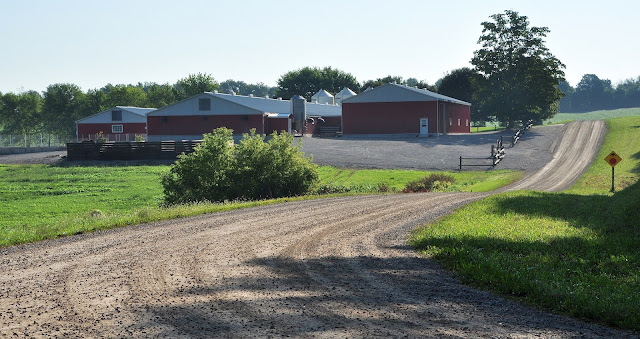 Of course, it was announced a few days ago that the closure to Canadians of the Canada/U.S. border has once again been extended another month to September 21rst.   Not at all looking good for Canadian RV folks hoping to head south this winter for the second year in a row.  Another slip-slide bump and grind in the ice and snow coming up for we RVing Canucks. 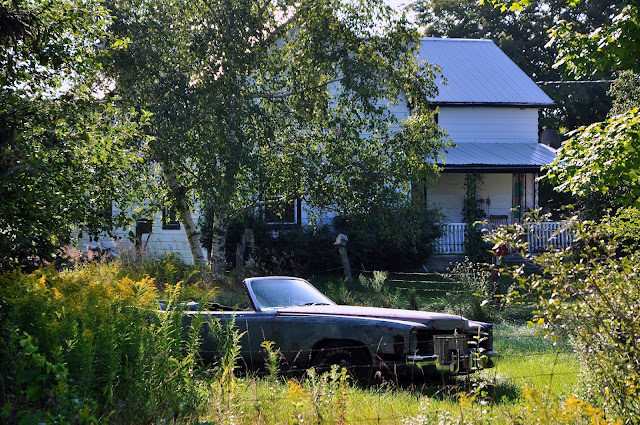 When I took a blog break last week I had intended to make it a minimum of three days but by the start of the third day, I was drawn back to my 'publish button' like a moth to a flame.  As it turns out, I hadn't taken a break at all.  I found myself still writing my blog each day but I just didn't publish them until the evening of the third day.  I had not intended to do that but I guess I've just been doing my blog for so long now that it has become an ingrained part of me and what I do every day.  If I don't write or take a few photos daily I feel like I have forgot something.  It's like I have missed putting on my shoes, my pants, or my shirt.  It doesn't feel right to me at the end of the day knowing that something is missing.  Usually, when I take a blog break it means something has happened that has knocked me out of kilter.  Something of my own doing or something by someone else's doing, and it usually takes me a day or two to get my head squared away.  Any time I become stressed over something it kills that creative side of me and I temporarily lose interest in both writing and photography.  Wished I wasn't like that, but I am and always have been.  So, onward and upward I go again until the next little ker-fuffle comes along forcing me to take another blog break.  And, knowing me as well as I do....that probably won't be too long until something steps up and knocks me off the beam again.  Oh well, it is what is.  Beam me up will ya Scotty............Kelly and I talked on the phone late this afternoon for about an hour getting caught up on things.  Kelly, her two sisters, and brother are still trying to make continuing difficult and changing decisions on their mother's health care.  Should they have more medical aides coming in to help out??  Should they be trying to do more themselves??  What about a nursing home??  Palliative care, etc. etc.  Looks like Pheebs and I will be on our own for a while yet but that's okay, we got lots of dog food and peanut butter stocked up:)) 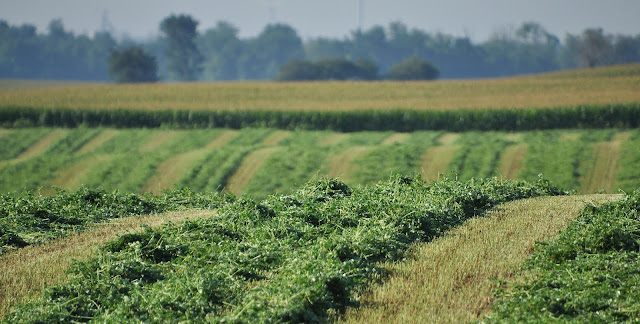 GROANER'S CORNER:((   MONDAY: It's fun to cook for Tom. Today I made angel food cake. The recipe said beat 12 eggs separately. The neighbors were nice enough to loan me some extra bowls.  TUESDAY: Tom wanted fruit salad for supper. The recipe said serve without dressing. So I didn't dress. What a surprise when Tom brought a friend home for supper.  WEDNESDAY: A good day for rice. The recipe said wash thoroughly before steaming the rice. It seemed kind of silly but I took a bath anyway. I can't say it improved the rice any.  THURSDAY: Today Tom asked for salad again. I tried a new recipe. It said prepare ingredients, lay on a bed of lettuce one hour before serving. Tom asked me why I was rolling around in the garden.  FRIDAY: I found an easy recipe for cookies. It said put the ingredients in a bowl and beat it. There must have been something wrong with this recipe. When I got back, everything was the same as when I left.  SATURDAY: Tom did the shopping today and brought home a chicken. He asked me to dress it for Sunday (oh boy).  For some reason, Tom keeps counting to ten.  SUNDAY: Tom's folks came to dinner. I wanted to serve roast but all I had was hamburger. Suddenly I had a flash of genius. I put the hamburger in the oven and set the controls for roast. It still came out hamburger, much to my disappointment.  GOOD NIGHT DEAR DIARY. This has been a very exciting week. I am eager for tomorrow to come so I can try out a new recipe on Tom. If I can talk Tom into buying a bigger oven, I would like to surprise him with chocolate moose. 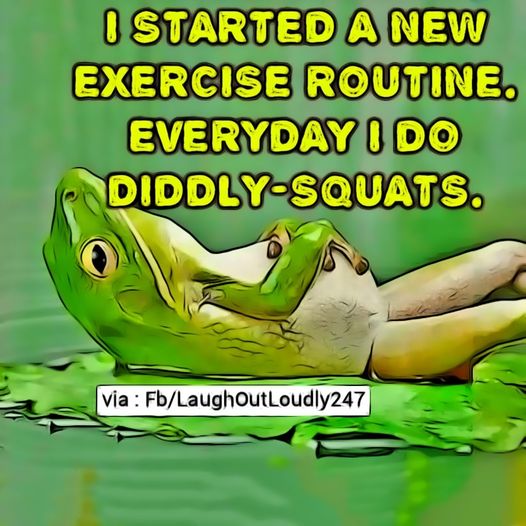 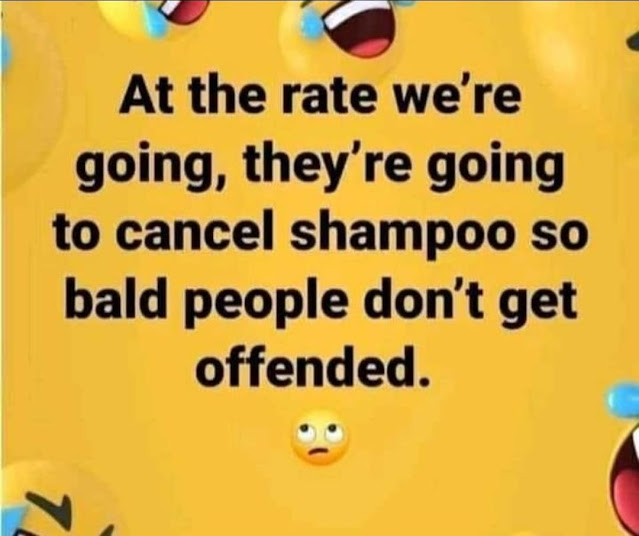 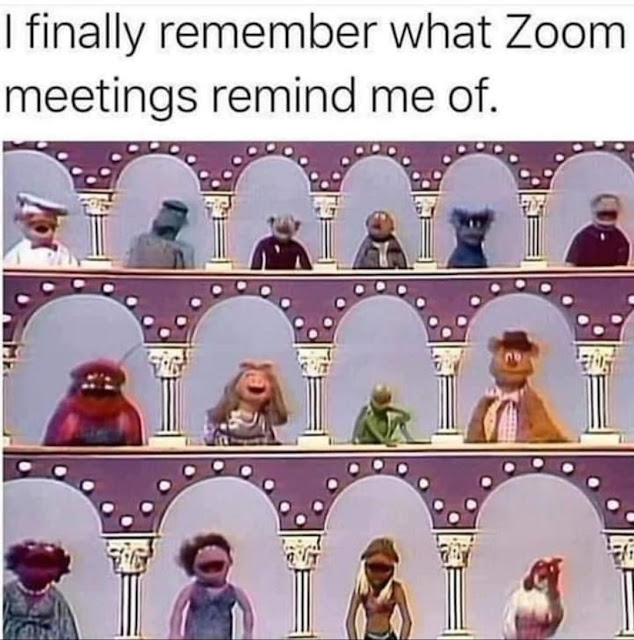