AND HERE'S SOMETHING ABOUT MONDAY MORNING'S CROP SPRAYING PILOT

'Guess what'.....Monday's crop-dusting plane had a female pilot.  Here is a comment left on my post yesterday.  {The pictures are great! And the pilot of that plane is my daughter, Ariane Morin. ☺️ I was in Lucan last week, from our home town of Cornwall, to also take pictures and admire her skills. I managed to not get dusted!��}  I thought that was really neat.  I had left a short note on the company's Facebook page with a link to my post which in turn led to the comment.  The two question marks at the end of the comment got me thinking though.  'Crop-Dusting' is an old term going way back to the early days when insecticides and dry chemicals were used.  Nowadays it's a liquid spray that is used but I think my title 'I Got Dusted' worked better than 'I Got Sprayed'. But I really do need to update myself to modern times and terms one of these days soon, so crop dusting is out and crop spraying is in:)) 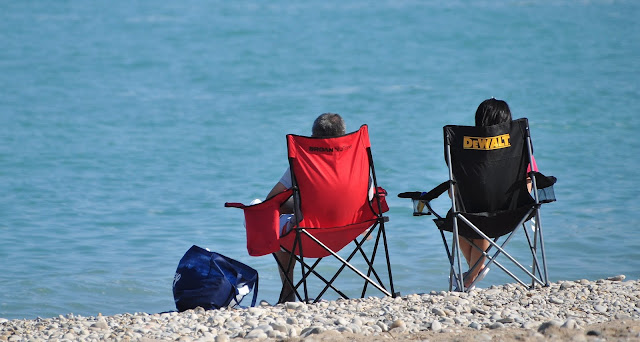 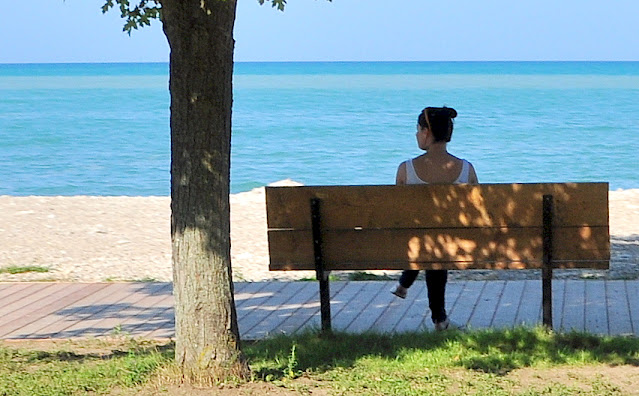 Search as I did this morning to find something of similar interest to Monday morning, I came up empty-handed.  Just another routine run to Goderich and back.  Not an airplane in the sky and not a ship in the harbor.  Not even a tomato driving backwards with its lights on did I see.With hot and humid weather heading back into our area later this week, Pheebs and I made sure we took ourselves out for a longer afternoon walk.  I was surprised to come across a small patch of wild sunflowers. 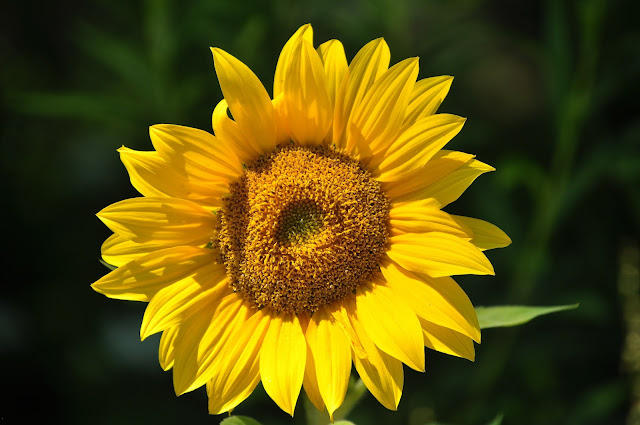 Kelly's mother came home from the hospital this afternoon.  Although very weak, she will be having aides coming in to help her.  Kelly hopes to talk to her in the morning.GROANER'S CORNER:((  A guy was driving home one evening when he suddenly realizes that it is his daughter's birthday and that he hasn't bought her anything. Out the corner of his eye he sees a shopping mall. Knowing it was "now or never", he pulls his car through three lanes of traffic, finds a parking bay and runs into the mall.  After a frantic search he finds a toy store, goes inside and attracts the attention of a shop assistant. When asked what he would like, he simply says "a Barbie doll".  The shop assistant looks at him in the particularly condescending manner that only shop assistants can muster up and asks "Which Barbie would that be, sir?"  The man looks surprised so the assistant continues "We have Barbie Goes the Gym for $19.95, Barbie Goes to the Ball for $19.95, Barbie Goes Shopping for $19.95, Barbie Goes to the Beach for $19.95, Barbie Goes Night Clubbing for $19.95, and Divorced Barbie for $265.00".  The man can't help himself and asks "why is Divorced Barbie $265.00 when all the other Barbies are selling for $19.95?"  "That's obvious!" the assistant exclaims, "Divorced Barbie comes with Ken's house, Ken's car, Ken's furniture ....

Q. Why were the teacher's eyes crossed?

A. She couldn't control her pupils! 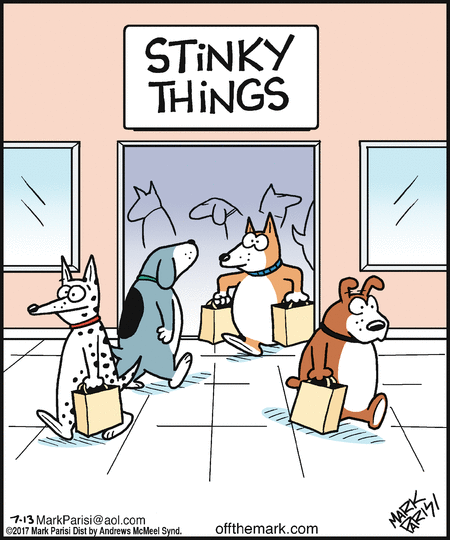 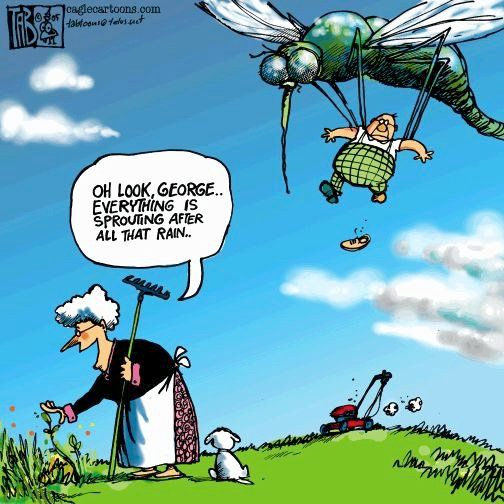